A Stroll In The Park (Part I)

The reason for yesterday's hiccup? Plenty of time but no Internet access wherever I went, my only life line being 'new found mate' Steven Salem. He had an I-phone and the know how, but I had the information but couldn't see the digits on the blessed phone. Eventually, settling to post where or however it turned out, the gist of the message was there and will now be noted to be in correct chronological order. I would like to extend a huge THANK YOU to Steven, not just for the access but for also being yet another fantastic character I have met during this epic through the USA. Further Steve I hope your son remains safe in Afghanistan and all goes well with your job man!

After the beer and a much needed rest it was out at 06-30 to try and find some bird-life. The beach was much the same as yesterday, and with a wait of 90 minutes before the park opened I decided on some scrub land close to a huge hotel. The area was full of Blue Jays and Northern Mockingbirds, but most numerous were Dragonflies but none that I could identify and not one that would perch.

Arriving at the gate at 07-50 in the hope of entry was met with a rebuff, Miss More Than My Jobsworth was on duty and wasn't letting me in until the appointed hour. Coupled with the fact she had no idea what I might find within, no bird list and no map things weren't getting off to the best of starts. A little searching and she did find a map and as I'd seen, from a distance, what looked like a few Terns perched on the adjacent pier thought that the best start. 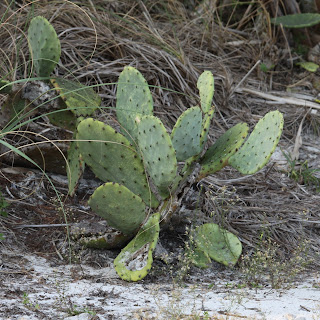 There were plenty of Cactus and some little tiny 'spurs' that clung to anything they could. 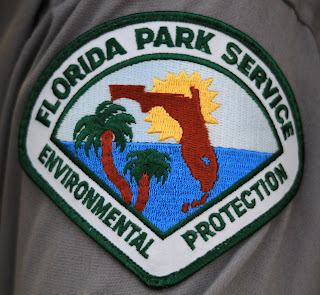 She did however let me take a shot of her 'badge of office'. 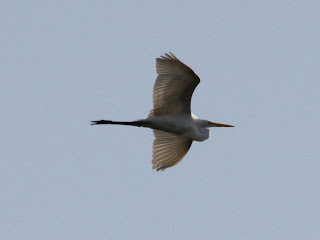 Great Egret the first new bird for the trip today, but it flew straight past. 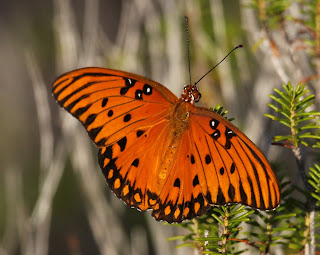 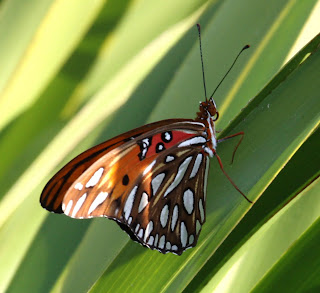 with undersides as spectacular as the upper-wings. 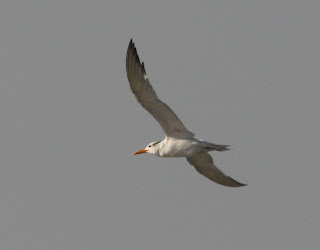 Royal Tern. By now the pier was full of anglers and other holidaymakers so chances of a perched Tern had diminished. However, this single did do a flypast before disappearing seaward. 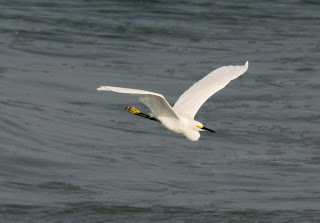 Next to fly in was this Snowy Egret, but much more obligingly 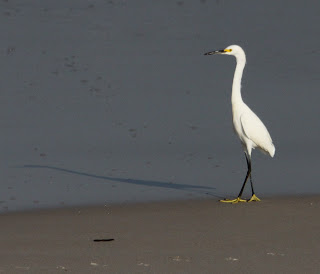 it landed allowing a better and longer look. 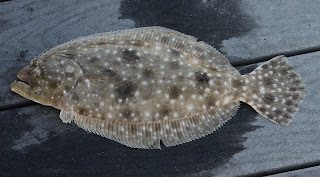 The anglers were doing quite well already, one lady landing this decent Flounder as I arrived. 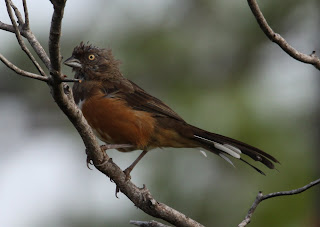 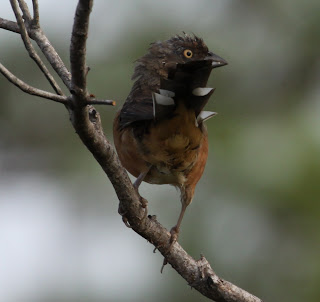 this one responding to 'pishing' allowing good views. 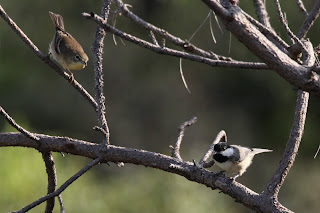 Two small birds together in a dead tree was a lucky shot, 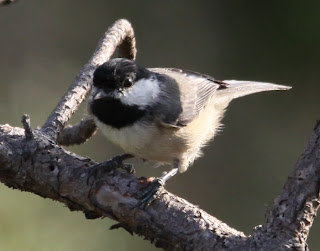 but this Carolina Chickadee was nearly overlooked as a Black-capped until consulting the field guide realised there is a distinct and defined border between the two species at the northern edge of the Carolina's. 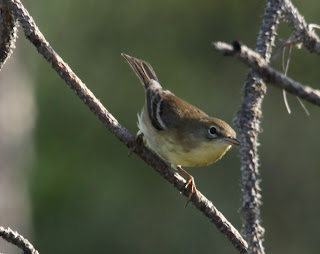 The second was a little more difficult being a juvenile, but think I have this pinned down to Northern Parula. A little help would be welcome if anyone thinks differently send me an e-mail please! 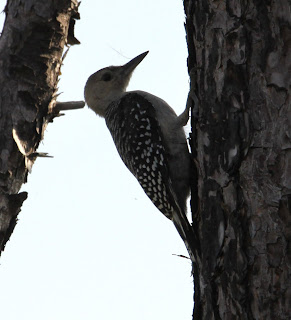 What appears to be another juvenile, this time a Red-bellied Woodpecker there was an adult also present but not stopping for a photo call. 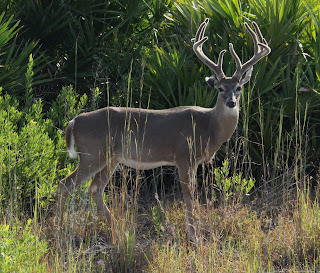 White-tailed Deer ran across the road right in front of me and seemingly unaware of my presence stood and posed. 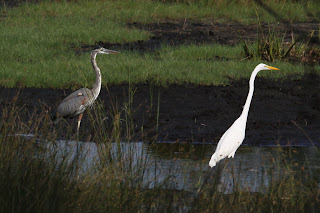 With the temperature in the high 80's+ there was little in the way of wetland, so felt lucky to get these 2 in one frame. 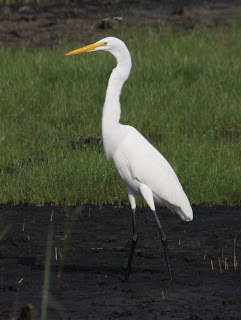 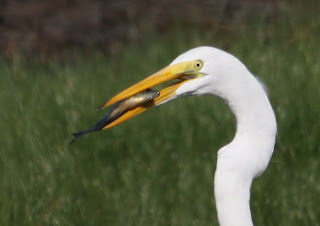 and swallowed it while the 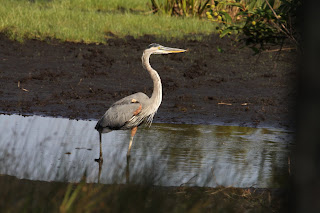 Great Blue Heron did its best to relieve it of the catch.
Posted by Bagsy at 21:39