The Long and Winding Road - The Beatles 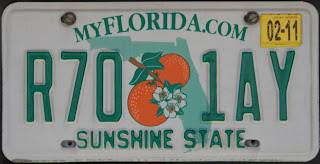 It was a long haul, to say the least, from Chicago to Panama City Beach, Florida (29 hours to be exact) but well worth it for all that. Places of interest in between include the birth place of both Abraham Lincoln and Cassius Clay, Lexington, where 39% of the population hold a Masters Degree and Fort Knox the US Gold Bullion Depository.
There is a distinction between where I am at the moment and Panama City which is a completely separate city back over the bridge. PCB is a thriving resort on the Gulf of Mexico and given that I thought the last thing I should mention is my affiliation with 'Oil Rigs'. They have had none of the legacy from the Deep Water Horizon spill here but diplomacy will reign.

Hardly having time to step off the Greyhound I was met by Julian the taxi driver, full of bluster about his wife being English and what I should do and where to go. After calming him down a bit there was some sense in what he had to advise and so I hired him to drive me to the Gulf. Having pointed out the direction and distance to the beach and the Nature Reserve the neat little motel right opposite the junction we were stopped at seemed the ideal location. At the Aquaview I was met by Jerry and Sonja who made me feel welcome immediately and answered all my questions in quick time. Jerry himself something of a naturalist rattled off a number of species I might see and then between them showed me some of his wildlife paintings. Excellent would be an understatement as I was privileged to see three species of Hummingbird, a Barn Owl and a water colour of a Civil War sea battle painted by Jerry's father.
After such a lovely welcome there was still time to visit both the beach and take a walk to the gates of the Nature Reserve to find out opening times etc. 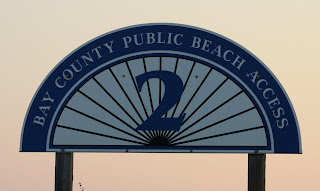 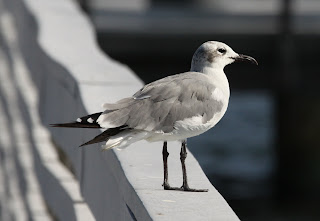 Greeted on the boardwalk by this adult Laughing Gull, this was a fine start to the walk. 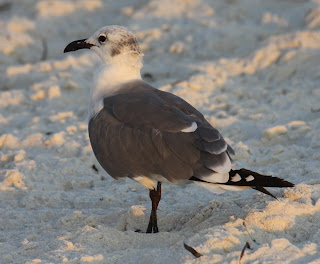 It may well look like these Gulls are walking in snow as the sand is so fine and white. 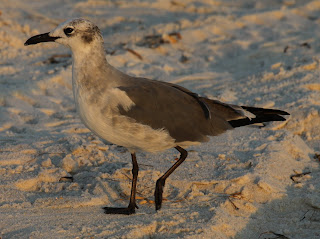 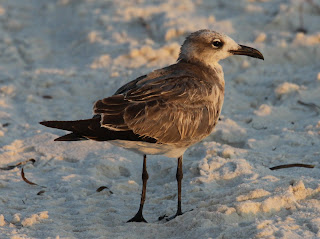 This was the only juvenile Laughing Gull I encountered, but a little further on on there was a 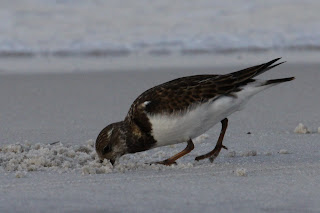 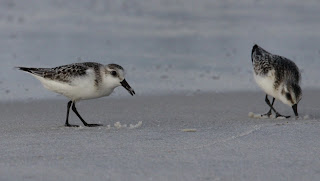 a closer look at this one, and a single 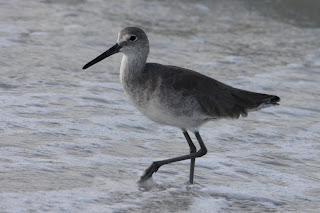 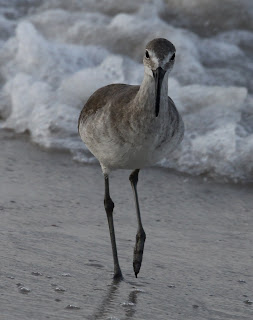 The walk to the reserve was about a mile where I arrived just in time to catch the staff before they left for home. The main question was what time they would open the next day, but 08-00 wasn't ideal. 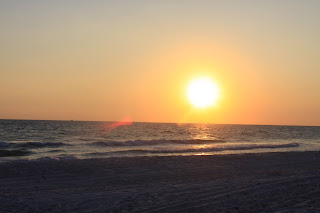 The temperature was still in the 80's as I wandered back towards the motel, with ahead of me the sun sinking behind the Gulf of Mexico while behind me 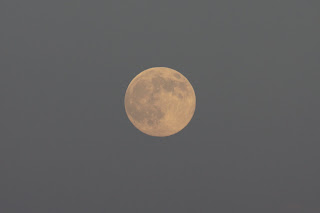 a Full Moon was already quite high in the sky. That's when I started to hear music and soon happened on 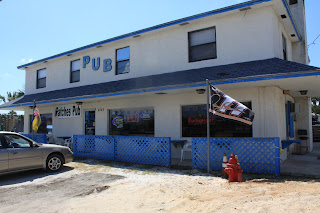 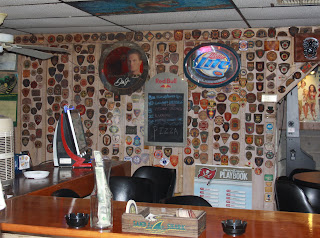 It would be fair to say a beer or two was pretty irresistible too, and with a cordial welcome from all within I soon discovered where the bar got its name from. 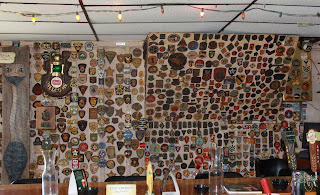 Most of the walls were covered in an impressive collection of 'patches' from all walks of life, States and the rest of the world. 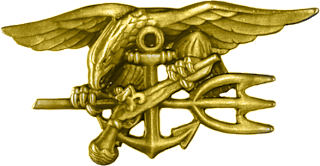 The US navy Seal's Insignia
There was also a strong association here with the US Navy Seals (Sea, Air and Land teams) which is the Navy's principle Special Operations Force, and all manner of Diving. 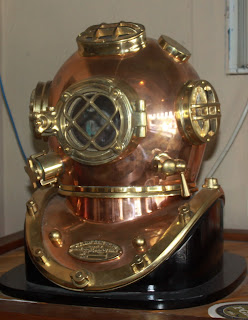 A 'hard hat' divers helmet all part of the decor. 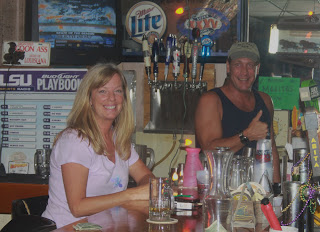 Mine Hosts were Gay & Jay, himself many years a Seal and both world travellers with close contacts on UK. 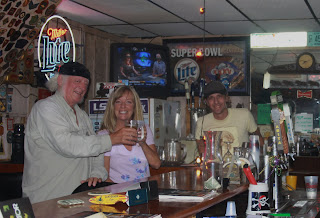 With so much in common it seemed just moments before I was being seen as a 'local' and enjoying some great conversation with Gay and barman Shaun. 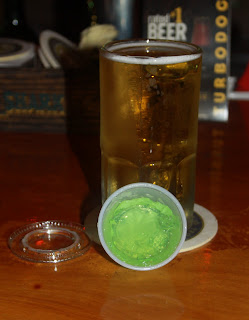 The 'house speciality', or maybe it should be described as novelty, are Vodka Jellos and as the name suggests are a shot of vodka frozen with jelly - which simply had to be tried. 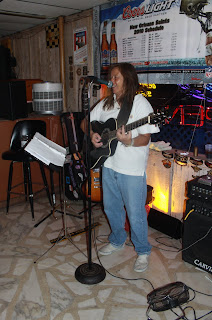 The music that enticed me in was the new album by The Raconteurs, a new project from Jack White of White Stripes fame. On the face of it an excellent offering which I may well take a punt on once back home. The 'live' music however came from local gal and usual 'frontman' for local band Screamin' Fleas - Kc Phelps who's solo effort was nothing short of fantastic.

Another 'novelty' of the evening was the $1M bill

which the guy who presented it by way of payment for a pint of Bud nearly got away with. It was only lack of the right amount of change that foiled him! 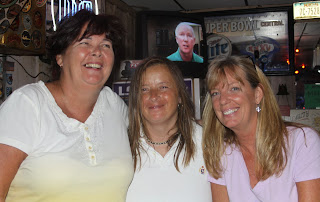 At the time of leaving I felt every bit the 'local' and would like to think I may return one day, especially to experience Biker Week which is annual over the first weekend of October. Thanks to all you lovely people concerned, you can see the ladies were troubled by my leaving!!!!
and finally a little Rock Trivia:- Local school teacher Mr L Skinner of Jacksonville, Florida (just up the road from here) died a couple of days ago. Known by his pupils as a bit of a tyrant, his pet hates were rock music and boys with long hair. Unfortunately for him, there was a lot of both about in the 60's not least in his class. Having suffered long and hard at the hands of Skinner, when a few classmates formed a rock band they took his name and bastardised it, and in the process immortalising their teacher. The bands name?