A Bird in the Hand, Plus a Few in the Bush

Another glorious day with bright sunshine throughout and the north easterly moderating to no more than a zephyr, but still complete with a chill. Before leaving the house c2 Common Buzzards were seen overhead while in the cemetery it was again a day forGoldcrest, Siskin and Robins, while a Sparrowhawk hunted among the trees and most of the resident Grey Squirrels were unusually vocal.

At Ferry Bridge things were extremely quiet and with no sign of yesterday's Buff-breasted Sandpiper or the Black Brant, reported before my arrival I had to content myself with c4 Brent Geese, c21Turnstones and a single Curlew. It was also unusual to find a 'double decker' bus plying the Weymouth to Portland route, and while this is well trodden territory there was a whole different prospective from above. 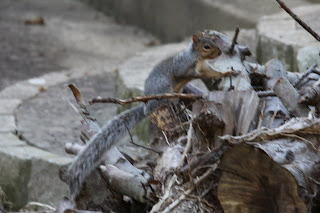 I don't remember the last time I recorded a Grey Squirrel on Portland, but am reliably informed they are now more frequent than in the past, and just to make up the 'prial' of Mammals today 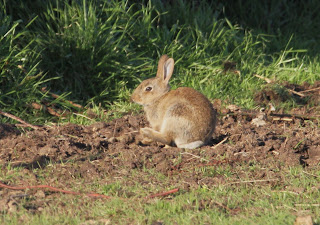 this Rabbit is included.

Meanwhile at the Culverwell ringing station, Doctor David Murdoch allowed me a few shots of some of the birds he had netted, the first being this 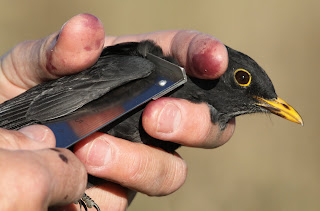 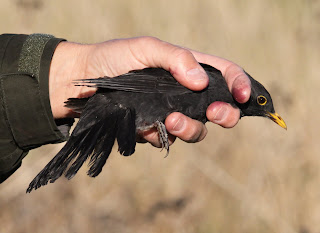 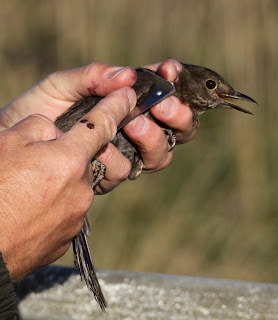 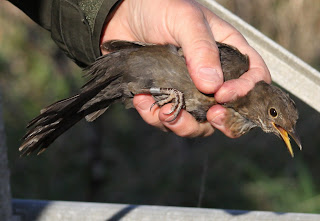 before returning it to the wild. 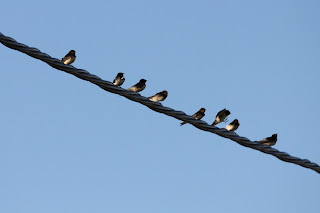 At the Coastguard Cottages, Swallows were gathering on the telephone wires prior to departure, 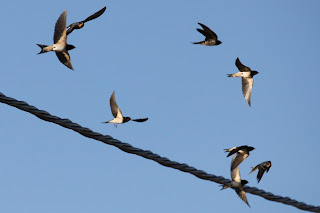 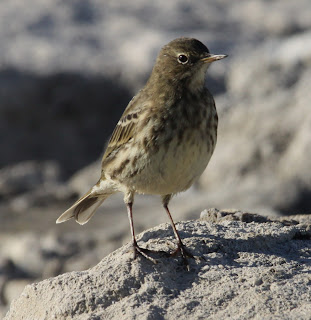 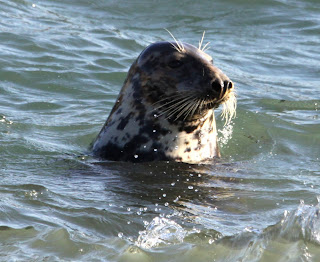 Long before reaching the Bill today, I received news of an Atlantic Grey Seal close to the Red Crane, 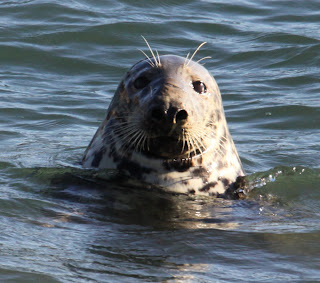 often disappearing for prolonged periods, I was lucky to capture these shots within 10 minutes of arrival. 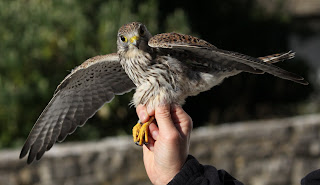 To see a Raptor of any description in the hand is both infrequent and a joy indeed, so this capture Kestrel as most welcome. 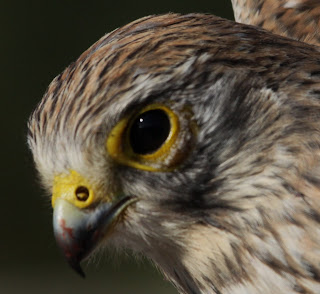 This head detail shows that it may have enjoyed breakfast before capture? 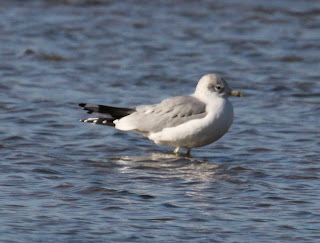 While no crystal ball was required to predict the imminent return of Common Gull, John Down and I did briefly discuss the prospects yesterday, 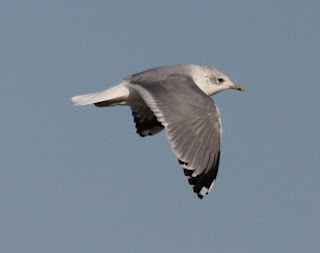 and low and behold 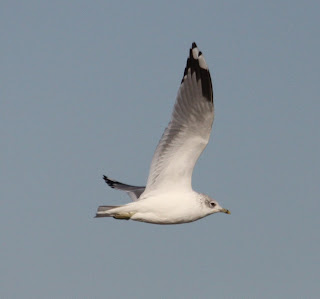 c5 were at Ferry Bridge this afternoon.

By comparison, here are two shots of

Once though to be the same species as that above, the powers that be determined them to be separate species and 'split' them, giving Mew Gull single species status.

There's a Rock 'n' Roll party on Sunday night
Are you going to be there?
I got my invite
Gonna bring your records?
Oh will do
Made it!

The slightly altered lyrics of the Mott the Hoople classic 'Roll Away the Stone' as that's where I'm heading now. Jon Storey, arguably the most accomplished rock guitarist in Dorset, reaches his half century today and Wild Horses (The Osmonds) couldn't keep me away. Maybe there will be a report to follow - watch this space!
Posted by Bagsy at 14:25