Another late post I fear, but for the very best of reasons, dinner with my beautiful little girl. Not quite so little in her 4th decade but no less lovable and in company with her partner Nigel we had a most pleasant evening at the Tapas Bar.

Weather wise the days continue pleasant, while a chill breeze remains in the north east the sun continues to shine throughout. The very first bird recorded this morning, even before the daylight was complete a 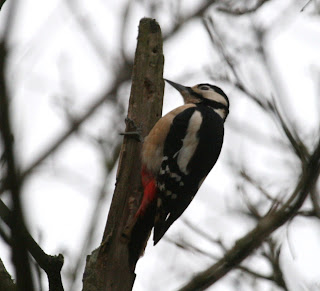 Great Spotted Woodpecker was heard calling from some distance, but easily tracked down to 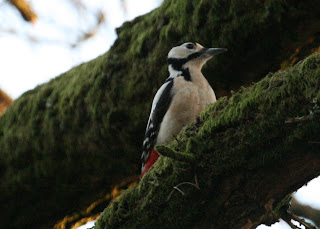 the Cemetery. Within there were 'dozens' of Goldcrest while overhead Meadow Pipits were migrating in numbers. Reaching the end of Pottery Lane a strange looking bird was flying over what I now describe as a 'park' where until recent days there was some mud showing where maybe a Wader or 2 may have landed but that was oh so short lived. With the likes of Red-necked Stint, Buff-breasted, Curlew, Pectoral and even Solitary Sandpiper not a million miles away wouldn't you think that anyone with half an ounce of knowledge about wildlife and birds in particular would make some effort to leave a little mud exposed at Radipole?

The strange bird was quickly recognised as a 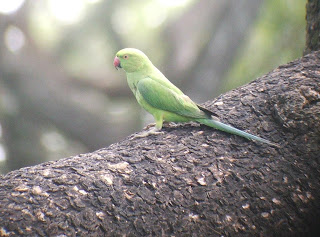 Ring-necked Parakeet, a stranger in these parts 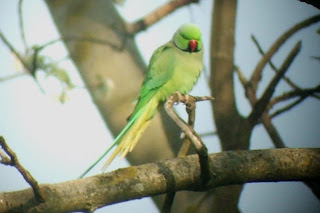 and while there is a small but stable, self sustaining feral population about 20 miles hence in Studland it is not known from where this bird had originated. The second I have found in this my local area, it landed in one of 2 tall Poplar trees and began a 10 minute session of sustained squawking before flying off to the west.

A slim chance of yesterdays Corncrake was still in my mind so it was directly to Portland where c2 Redwing, c3 Pheasant and c2 Fieldfare and about half a dozen Yellow Wagtails were quickly encountered. The Corncrake was not to be. but 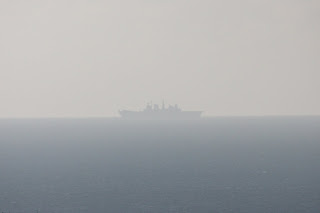 reaching the crest of the hill overlooking Culverwell, HMS Illustrious could be seen through the mist. It is an assumption that she is Illustrious as I believe HMS Invincible and HMS Ark Royal, the other 2 Aircraft Carriers, remain 'laid up' and out of commission.

A pre-arranged meeting with John Down saw us head off for Sherford Bridge some 15 miles away to look for the Great Grey Shrike which has been seen there over the past couple of days. We did meet someone who had not only seen it but also videoed it, but we were not to have been so lucky. A couple of Mistle Thrush, a Jay. several Stonechat and c4 Dartford Warblers were all else we saw, but 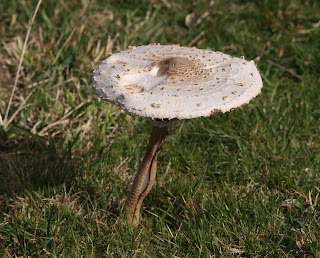 what is thought to be a Parasol Mushroom 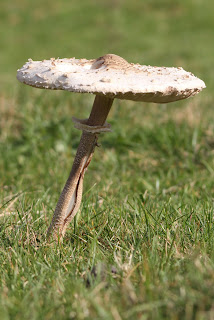 was found in an open field 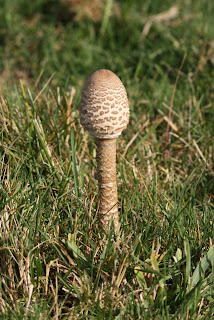 with this 'closed' version thought to be the same species, 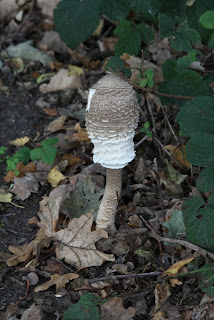 while this was found under the trees. Looks like a job for Dave the Fungal Punk so will be in touch!
The days are now getting shorter before the trip to Madagascar, and while I wouldn't wish to sound pessimistic, things don't look good in France at the moment, a stepping stone to the magic island. I'll keep you posted.
Posted by Bagsy at 21:51