It was a bit of a struggle to drag myself away from the cemetery this morning with plenty to see, the theory for leaving was if there's stuff here then it must be on the move elsewhere. Chaffinches, missing earlier in the week, were back in numbers as were Robin, Great & Blue Tit, Chiffchaff, Wood Pigeon and Goldcrest. 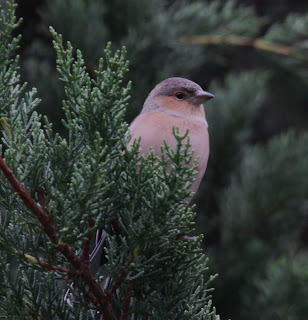 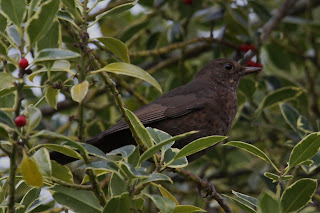 Thrushes too were in evidence with Blackbird being most numerous, but Redwing and Song Thrush were also represented. This was probably not surprising as the whole place is at the moment like an Avian Asda (supermarket) with 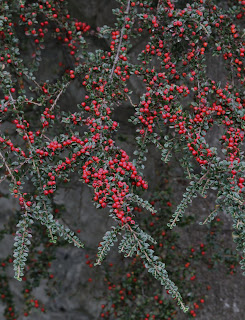 Holly bushes all laden with berries. 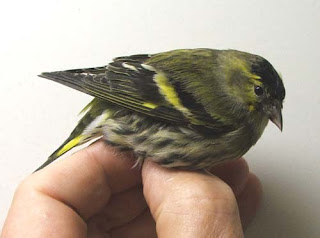 Siskins were circling rather than just flying though, as they usually do, but I didn't see any land, but the best was a couple of 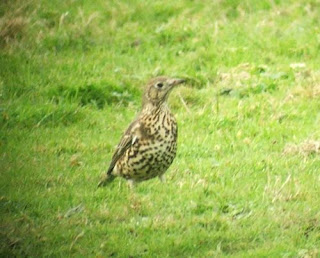 Mistle Thrushes that landed briefly. These are the first noted this year, whereas in years gone by they nested here regularly. Let's hope they overwinter and do the business nest spring. Finally here, no fewer than c4 female and a single male Blackcap were all seen in the same tree. 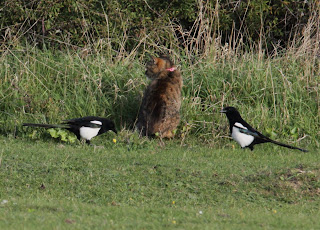 On Portland, I found this sight rather amusing as these 2 Magpies seemed less than bothered by this rather large cat, but that was all of interest at Barleycrates. At the south of the Island it seemed interesting reports were streaming into the Observatory, not least 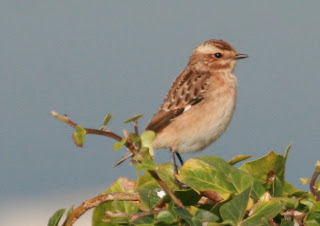 c2 Whinchat and a single 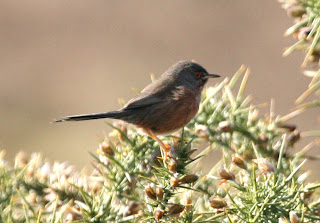 Dartford Warbler no more than a few paces from the Obs front gate. These 2 photographs are from the archive as I managed to have the wrong setting on the camera as the birds showed. Toward the end of today's outing I stopped off at Ferry Bridge where things were desperately quiet, but on the way to the bus my first 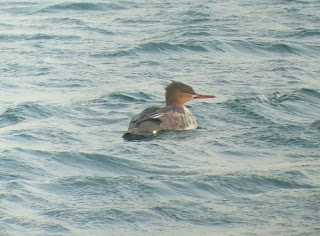 Red-breasted Merganser (archive) of the autumn flew in from the north west and landed distantly in Portland Harbour.
and finally, quite out of the blue, my rig mate Bobby Robertson sent this link of Andrea Bocelli and Bryn Terfel singing 'Au Fond Du Temple Saint' from The Pearl Fishers by the incomparable French composer Georges Bizet. Bob is well aware that this is singularly my favourite of many selections from opera. It is also coincidental as Ginge & Val Prince and I were only discussing its merits over dinner last week. It was also a reminder of my only visit to the English National Opera to see the full performance some years ago, for many there would be no need to say there were tears on the night! Thank you ship mate, I trust you and Margeret are well and the grand kids keeping you young, and best wishes to Dougie & Diane.
http://www.youtube.com/watch?v=v-rDRa-5h4s
Posted by Bagsy at 18:54