Countdown to the Next Adventure

The only change in the weather today was the fall in temperature, but even that was short lived. By mid-morning clear skies and bright sunshine warmed the day, but the forecasters tell us that isn't going to last? A total inconvenience of having to pop into the surgery to get a flu/swine fever jab shortened my 'birding' day by at least a minute and a half so will have to put in some overtime to catch up. It was only arriving at Portland did the birds start to appear, but even then it was more of the same Wheatear, Meadow Pipit in numbers and a few each of Goldcrest and Song Thrush. However, at Culverwell the 'ringing team' of Roger ? and Ian Dodd had several birds going through the measuring, weighing and banding process, and of these 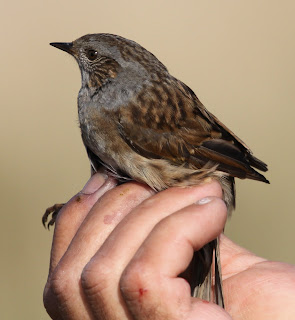 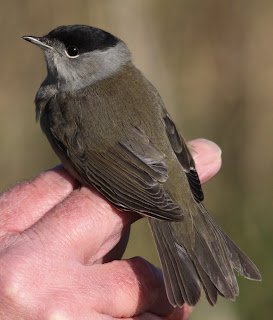 a fine specimen male Blackcap were worth a photograph. Having spent about 45 minutes there I wandered just outside of hailing distance before picking up on a 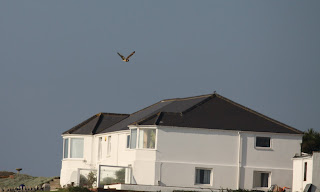 Short-eared Owl flying in from seaward. Shout as I may Roger and Ian remained oblivious to this arrival, but even from where I stood 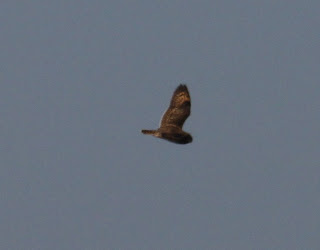 the view was distant. Before arrival at the Observatory this 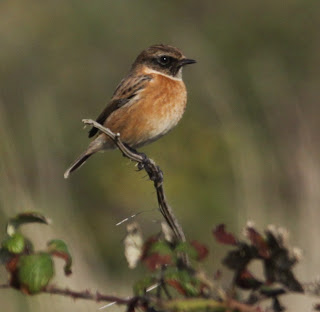 Stonechat allowed for a shot but there was better to come. Having just settled to a cup of coffee, a shout went up for what I thought was another Short-eared Owl, but to see the Warden (Martin Cade) sprint in Commonwealth Games fashion towards the main gate something a little more special was in prospect. 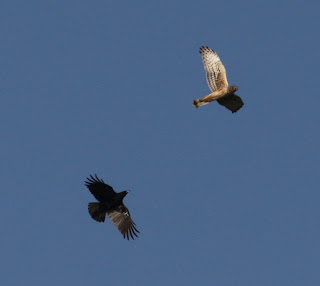 It took me a while to lock onto the bird in question as it appeared above the line of the hill, pursued by several Carrion Crows 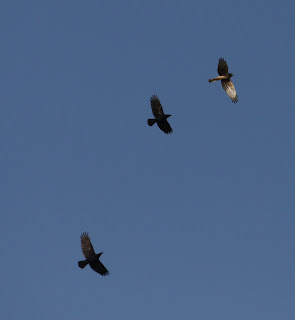 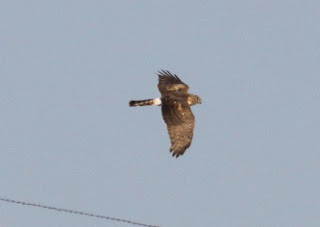 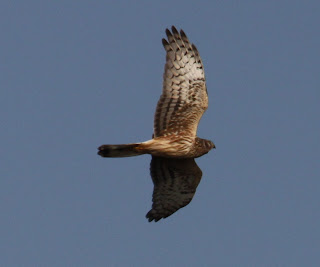 a species never before seen during the month of October. Yes, I know, SAD but it does it for me ha, ha!

Finally, regular readers (and others) may be interested to know that it is just 'one week' now before I leave on my next adventure which will be 3 weeks in