Madagascar is the fourth largest island in the world, twice the size of Great Britain and 50% bigger than France, and lies in the Indian Ocean off the coast of Mozambique. There are several large islands and hundreds of inlets, with the Hauts Plateaux forming the central highlands which occupy more than half of the island while dividing it both climatically and scenically. The narrow strip of lowland on the east coast is largely covered by pockets of dense rainforest ,whilst the west, once dry deciduous forest, is now mainly Savannah. The south western and southern extremes are semi-desert with large cactus like plants known as the 'spiny desert'. The capital Antananarivo is high up on the plateaux.

Despite the late arrival, there were 3 of us out birding at first light (05-30) but despite our efforts no new birds were added to the list. After a particularly nice breakfast we boarded our mini-bus to begin the 200 mile drive south west, punctuated by several 'birding stops, to the town of Antsirabe . The name literally means 'the place of much salt' and there are many theories as to how in gained this name. High on the list of favourites is the legend that many years ago the townsfolk woke to see the ground covered in what they thought was salt. It was of course frost but the stuck for this rural town which lies at an altitude the same as Ben Nevis in Scotland. 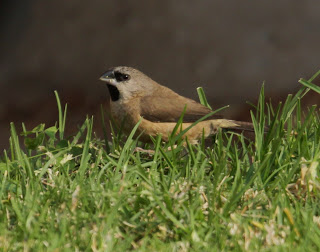 Before leaving a slightly better photograph was taken of a Madagascar Mannikin, 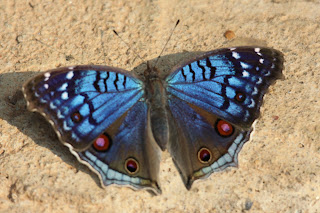 while this stunning blue Butterfly obliged 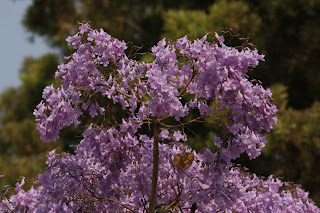 close to a blooming Jacaranda Tree.

Soon after leaving we were rewarded with the first new bird of the day, the 'endemic' Madagascar Black Swift just before we reached the US Embassy itself on the border of the small village of 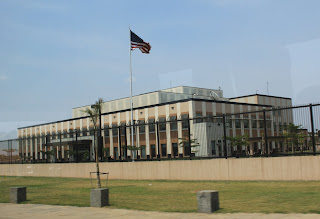 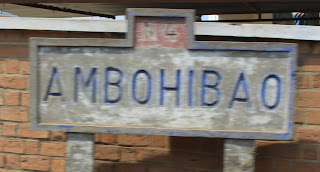 From there the terrain turned even more rural with 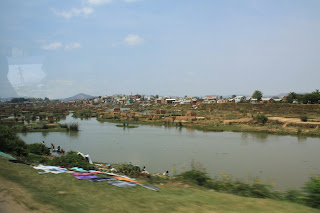 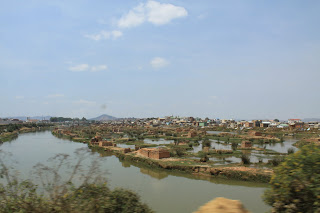 and dozens of 'brick kilns'. Made in the time honoured fashion, the clay is dug from worn out rice beds but hand providing an ideal building material for homes. 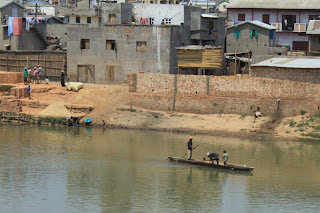 One or two of the population were even trying their hand at a spot of fishing.

Out first stop was the Tsimbazaza Zoological Park where many of the endemic birds and mammals are caged, where once Aye Aye could be seen but not any longer? Apart from various Egrets 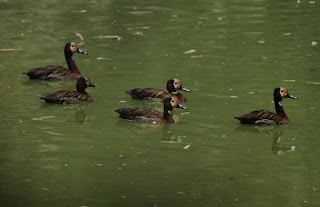 White-faced Whistling Ducks were first to be seen, while 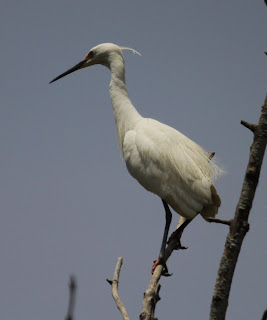 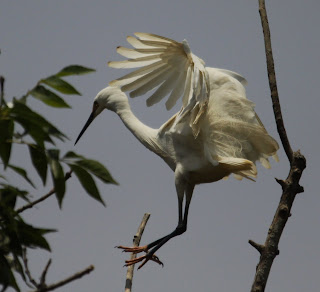 Unfortunately, the back ones were not as obliging as the whites. 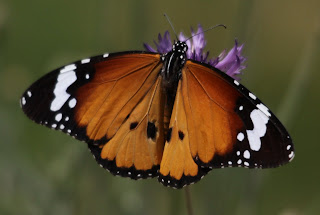 The were about 10 species of Butterfly but all very flighty, this one being the only one to succumb. 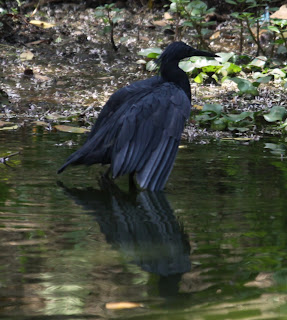 A Black Egret was found feeding along the margins 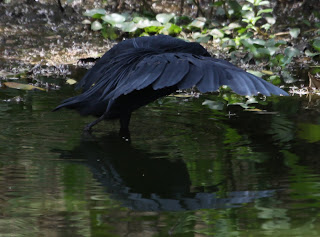 giving a fine demonstration of its fishing technique 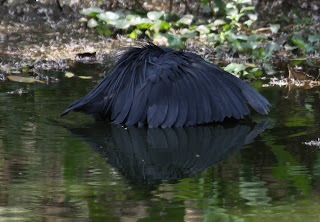 'umbrellaing the light from the surface of the water cutting down glare. 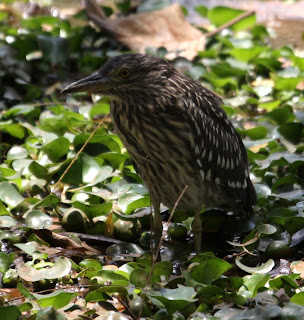 There were also many dozens of Black-crowned Night-Herons with this juvenile perfectly placed, but all the adults kept their distance. 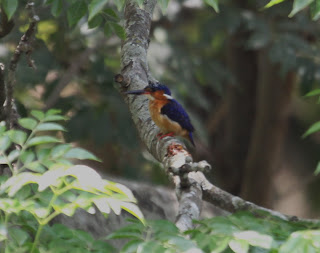 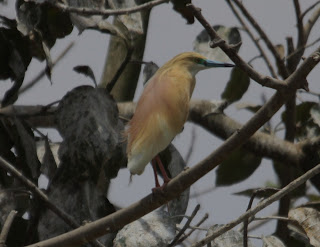 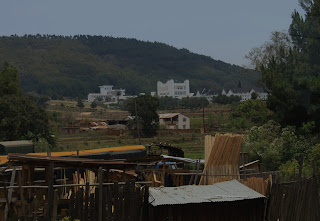 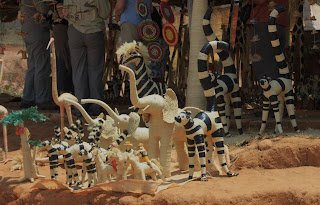 and take in a couple of trinket stalls. Here a couple of us were far more interested watching 3 Brown-throated Martin hawking insects right above our heads. 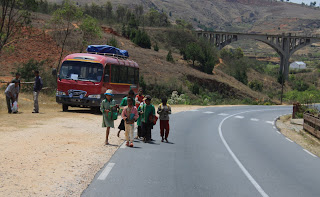 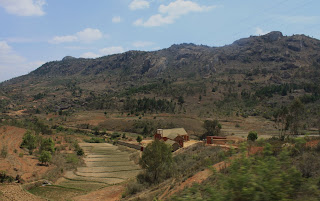 time to capture part of this fertile valley. 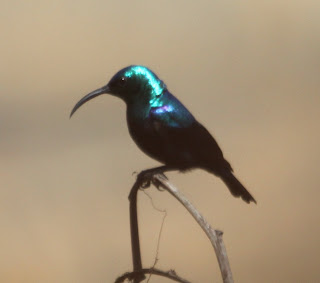 At almost the highest point this stunning Long-billed Green Sunbird captured our attention, yet another endemic. 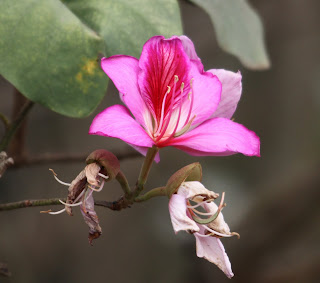 The blossom on a nearby tree was worthy of a shot, while these Orchids are dedicated to Bowie & Sheila Edwards. 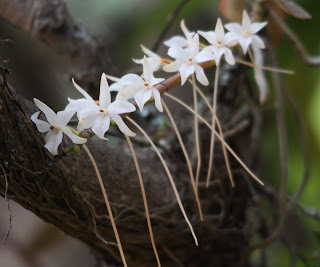 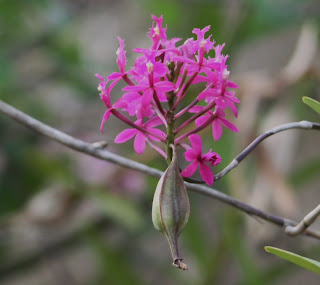 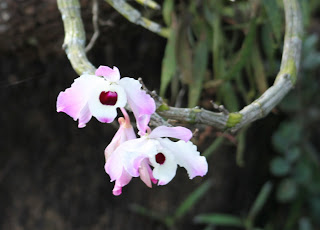 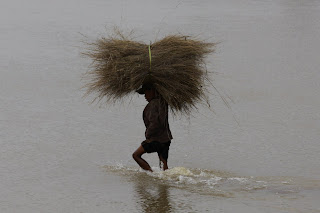 One final stop to search a river bank before reaching our destination rewarded us with a group of 'calling; Common Quail plus another endemic and by definition 'lifer', as none of us have been
here before, a number of Madagascar Bush Lark. Other birds added to the list today include:- Great Egret, Madagascar Hoopoe, Bee-eater & Little Grebe, Red-billed Teal, Common Sandpiper, Pied Crow, Purple Heron and Hammercop. 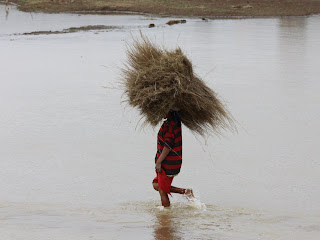 It was also interesting to watch these children helping with the crop and carrying it across the river.

Tomorrow we head even further south west and almost to the coast to spend 3 days at the Ranomafana National Park, where I am advised Internet access is not available. It is my intention to keep the diary and photographs up to date and post them at the next opportunity, so please do not give up hope!