The immediate good news is that while we only got to the first hotel at 02-30 (BST +2) Internet access was immediately available. This in turn brings up country number 103 as I have had to log on myself.
There were no snags or delays with Tuesday's flight, but finding the Transit Bus for the Comfort Hotel was a little less pleasurable, even the locals were having difficulty. One Frenchman also staying there even phoned the hotel, but unbeknown to them? bus stops and schedules had been altered, but in the end 4 of us shared a taxi. Again this morning at Charles de Gaulle things went swimmingly, the Parisian strikes seemingly not effecting the airport. By take off time 10-35 all passengers were embarked but still the manifest was absent and there was no sign of the doors being shut. After an hour of silence the pilot then announced that the 'tug' drivers were going on strike and so there would be no way of reversing the plane onto the tarmac. After a short time he came back to inform us that it looked like this was only going to be a 'token' protest and we were slotted for take off some time after 14-00. Then came the best news, that they had returned (what was all that about) and we finally left the ground at 12-30 just 2 hours late. In made up one hour en-route and so all in all our holiday is underway. Obviously no time for 'birding' now but I am informed daylight starts at about 05-00 and I'll be there to meet it. Predicted first species, either Common Myna 0r one of Alpine or Little Swift. Later today we drive for about 2 hours to Antsirabe during which time the wildlife watching will start in earnest and hope to be able to continue this post from the hotel there. Meanwhile Good night! 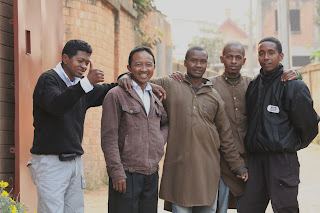 The Welcoming Committee, and most welcoming they were! 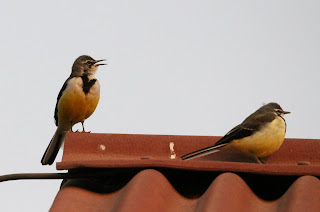 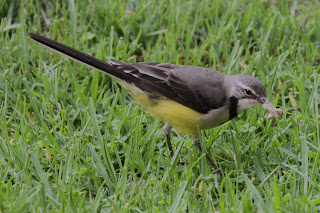 the first bird heard and seen. 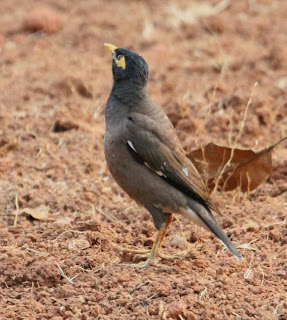 Common Myna and as the name suggests very common. 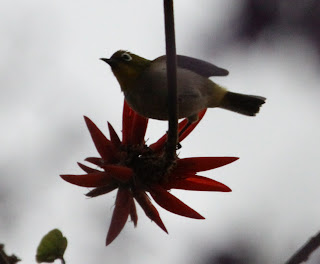 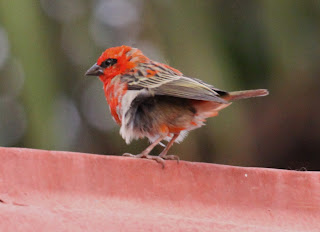 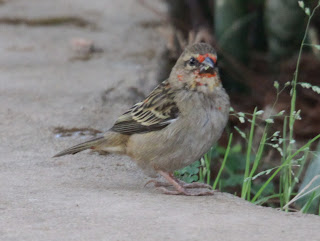 in eclipse at this time of year 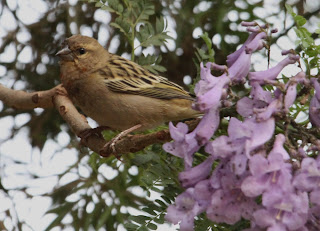 so with varying amounts of red plumage. 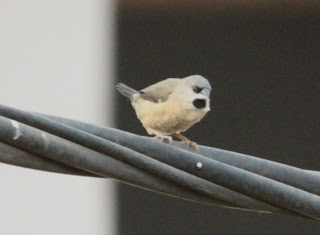 In addition Feral Pigeon (if you count those sort of things Daragh), Cattle Egret and House Sparrow have been seen with the