A Flight of Fancy on a Windswept Field

Readers are reminded that by 'left clicking' on images, they can be enlarged!

A fantastic start to the day, as my first encounter was meeting Sam and Toni, Landlord & Landlady of The George pub on Weymouth quay. It's been all too long, the last time being purly by chance on the London Underground as they were bound to see Bruce Springstien and the East Street band, and I for the rig. Great to see you both looking so well and enjoying yourself. Get that mobile home underway - and GO! 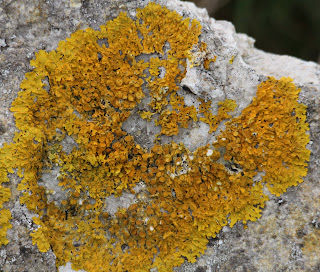 Taking a Liking to Lichen - no idea of the name of this very common growth, but it sure looks good on the rocks. and if you only have a passing interest in Fungi then Dave the Punk is the man for you, try this link:-www.fungalpunknature.co.uk 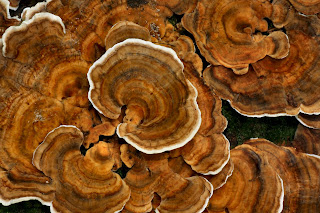 Trametes versicolor an example of what you will find within, I doubt you'll return to this Blog once you've had a glimpse of 'The Fungal Punk', here's to ya Dave as Punk once again meets Prog - forever!

Much of today's photography is of an aerial nature and just put me in mind of those fantastic Floydian lyrics of 'Learning to Fly' from the Momentary Lapse of Reason album.
Into the distance, a ribbon of black
Stretched to the point of no turning back
A flight of fancy on a windswept field
Standing alone my senses reeled
A fatal attraction holding me fast, how
Can I escape this irresistible grasp?
Can't keep my eyes from the circling skies
Tongue-tied and twisted just an earth-bound misfit, I 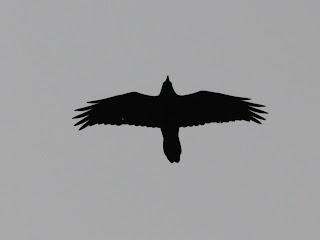 Raven
Ice is forming on the tips of my wings
Unheeded warnings, I thought I'd thought of everything
No navigator to guide my way home
Unladened, empty and turned to stone
A soul in tension that's learning to fly
Condition grounded but determined to try
Can't keep my eyes from the circling skies
Tongue-tied and twisted just an earth-bound misfit, I 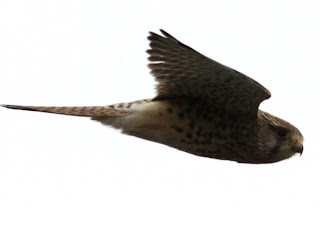 Kestrel
Above the planet on a wing and a prayer,
My grubby halo, a vapour trail in the empty air,
Across the clouds I see my shadow fly
Out of the corner of my watering eye
A dream unthreatened by the morning light
Could blow this soul right through the roof of the night 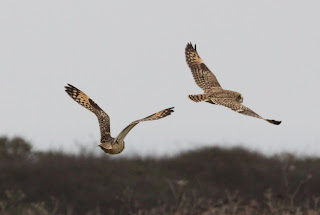 Short-eared Owls
There's no sensation to compare with this
Suspended animation, A state of bliss
Can't keep my eyes from the circling skies
Tongue-tied and twisted just an earth-bound misfit, I 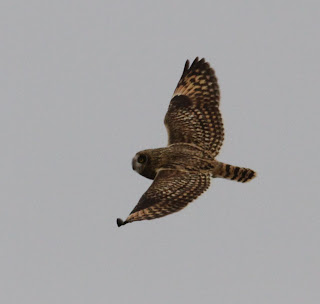 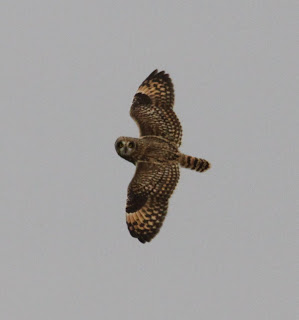 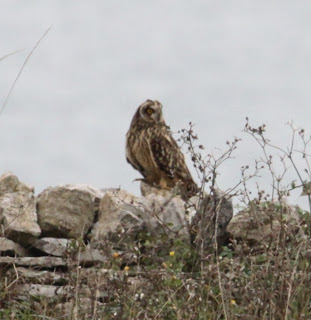 There was little of note in the cemetery, so it was directly to Portland thereafter, but the birds only started appearing as I reached the Bill. Close to the Pulpit Inn this 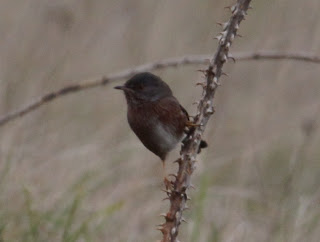 Dartford Warbler was flighty but succumbed to a couple of shots. It was, as ever, great to see Brian & Beryl Slade back at the Bill and hoping to see you again before my departure. As I reached the Observatory gate, both John's Down and Lucas seemed in something of a hurry as they alerted me to a Corncrake that had just been sighted flying into Helen's Field. About a dozen of us made a search for it but unfortunately in vain. However, on the upside the Short-eared Owls above were seen which were part of a party of c6. Returning to the Obs, John Down thought he heard a 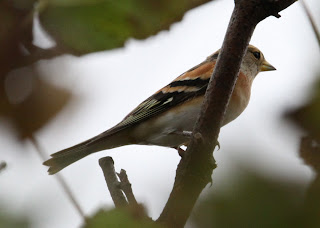 Brambling which was later found in a nearby tree. After a coffee he gave me a lift to Ferry Bridge where immediately this 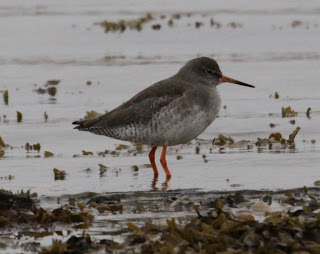 Redshank was spotted. Usually a bit nervy this individual made a couple of 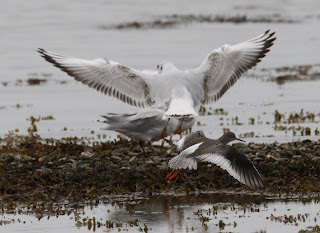 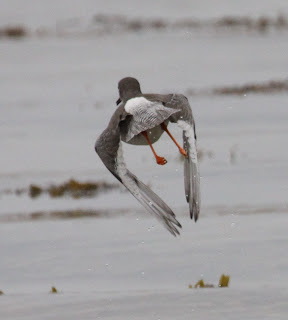 before disappearing down the Fleet. 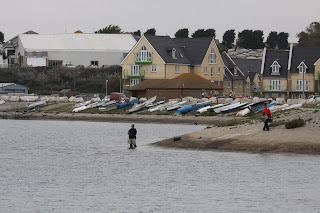 and finally on today's excursion I approached these anglers to find out what tackle they were using. On a few occasions now I have noted what was thought to be 'fly fishing' tackle, and this is exactly what they were using. Usually employed in river or lake fishing, I guess there is no good reason why this should not be used to lure the likes of Bass, and as I found out they had each had a degree of success!
Posted by Bagsy at 16:28