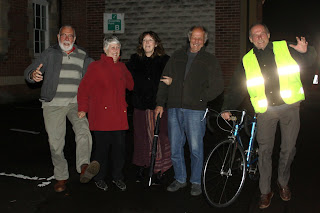 Mole, Margret, Sheila, (birthday boy) Bowie and hid brother Russell
Yesterday also ended with a bit of a bang as half a dozen of us headed for Weymouth's oldest pub The Boot to celebrate Bowie's birthday. Here are the revellers captured going home.

With the sky covered with threateningly dark cloud and the ground covered with my first frost of this winter I made a later visit to the cemetery than usual. Again Robin and Chaffinch were inevidence, with the more unusual being represented by c3 Rooks. 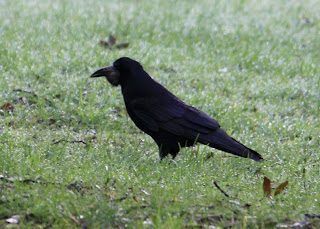 One of the Rooks and for comparison 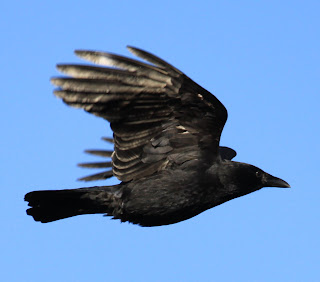 Choosing just to skirt the southern edge of Radipole, via the Westham Bridge, the changes to bird life during my brief absence was quite apparent with 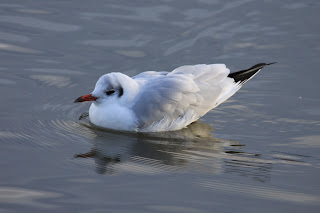 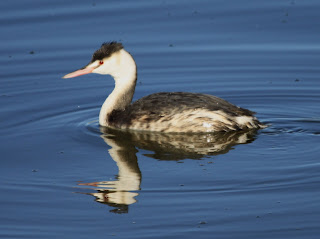 Great Crested Grebe without a crest, both having attained 'winter plumage'.

On to Lodmoor where two things were immediately noticeable, the high water level and the good number of birds, albeit common species. Probably most numerous among these were 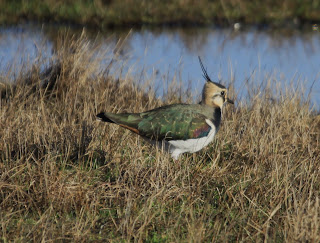 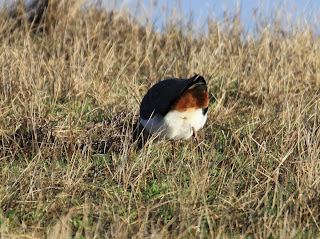 occasionally showing chestnut under tail covert as they searched for invertebrates, and 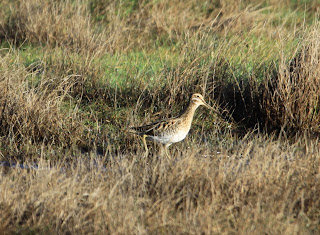 Common Snipe doing likewise. Not to be outdone, 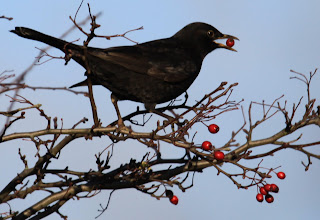 Blackbirds were also present in lager numbers than I have seen all year, with 52 being counted as I walked the western pathway alone. They were in company with lots of Robins, one or two Song Thrush and just a singleRedwing all making the most of an abundance of berries.

Waterfowl too were well represented and all now in their resplendent winter coats. Most numerous were Canada Geese and 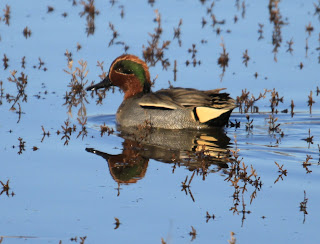 Teal, the males looking particularly fine while the more dowdy 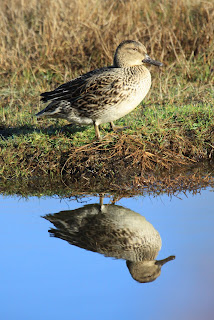 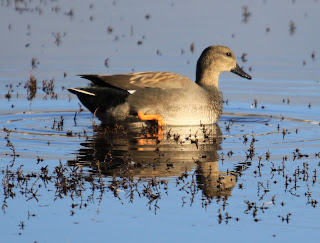 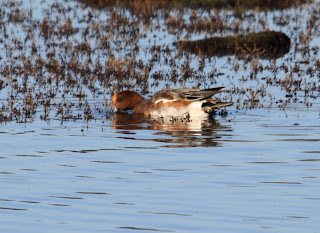 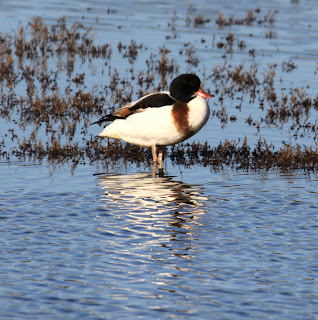 Shelduck were all represented but none seemed confident enough to venture close to the path. 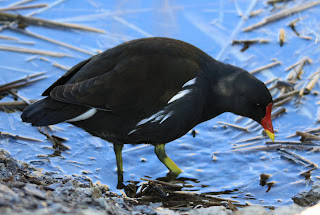 Not an Allan's Gallinule by any stretch of the imagination, but the humble Moorhen does have a charm all of its own even if you are still 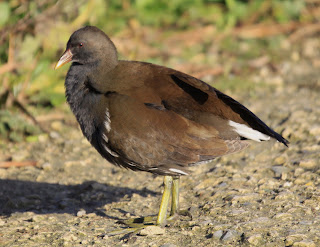 a little short of adulthood (this being a juvenile from on of this seasons broods. 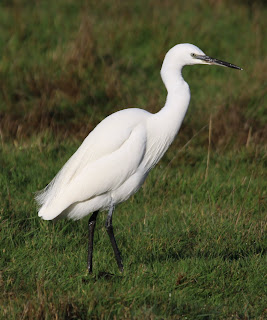 There were at least c3 Little Egret on the moor, and as I later learned from fellow birder Daragh Croxon also a Bittern and c2 Black Swans undoubtedly freshly arrived from the Antipodes - yeah alright! Nearing the end of my walk this delightful 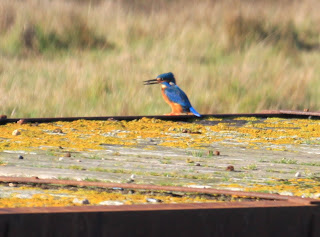 Kingfisher took up station on the cattle bridge and started feeding, proving successful with the first strike but the prey species not identifiable? 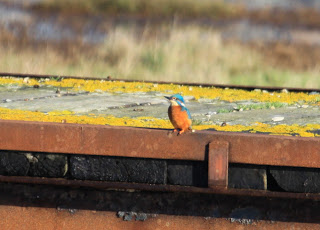 It remained long enough for me to change station and take a frontal shot as well but was was always at some distance. 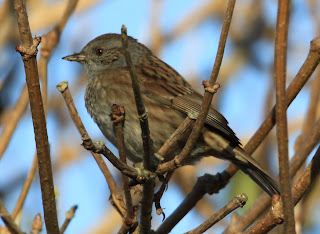 One of several Dunnock seen today, while in addition to those noted above c4 Scaup, c2 Dunlin plus singles of Common Buzzard and Green Woodpecker were also seen.

The photo editing and notes from the recent Madagascar trip continue at snail pace, but as previously unpublished pictures emerge I will publish them. I do hope all my fellow travellers and guides arrived home safely and Michael &Ginette reached Botswana and (as it would seem from the amount of interest shown from there) John and Kathy made it to Mauritius.
While catching up on the Blog Stats we welcome Jordan, Egypt and Mauritius to the readership. Well over 11,000 individual readers have so far been recorded, and since its inception there have been more that 30,000 'hits'. Below are over 70 of the 105 countries or regions that now frequent the Blog, and it's great to know there hasbeen so much interest. I would like thank each and every reader for both looking in and the kind messages I have received from time to time. Thank you and please pass the link on to your friends and families.
Posted by Bagsy at 15:38