On the evening walk, our group was voluntarily divided into 'birders' and 'general (Lemur)' observers and maybe surprisingly I opted for the latter, but there was a method in my madness. The 'birders' were headed for the lake which I had already part done, so opted for the 'general group' and on every other such occasion the groups had ended up seeing more of the other man's quarry than they had. The walk started precisely like this as I immediately spotted what was thought to be a Banded Kestrel, a species that has become increasingly difficult to find despite being described as 'widespread'. Desi, our guide, had not seen one for 5 years and in the event this was re-identified as a France's Sparrowhawk from the photographic evidence, with a second being seen later in the trip. In addition a further 4 endemics were added to the list including Humblot's (not to be confused with Humbolt's) Heron, Madagascar Jacana & Green Pigeon and the extremely secretive White-breasted Mesite.
On the reptile front, the main interest centred around Oustalet's Chameleon and a snake of fable which has no common name, Ithycyphus miniatus which is also known throughout the country as the Zebu Killer. Whether there is any substance to the story that these whip snakes can bring down an adult cow, I was not prepared to try and disprove but Jeanette (one of the Australian contingent) was least chuffed to find one on the curtain rail in her room. Mammals were represented by Milne Edwards Sportive, Mongoose and Common Brown Lemurs but the very best was to come on the final full day. The search began at 05-00 for the extremely difficult Schlegal's Asity which remained fruitless. 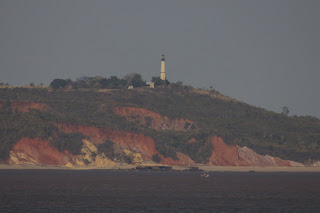 Here's one for the Emsworth (Mahajanga) Lighthouse People, hope you are well P & T. 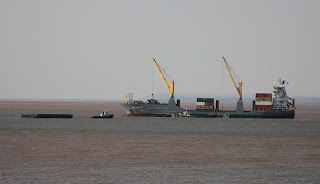 Loading and discharging cargo by barge in Mahajanga Bay 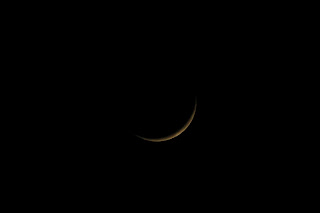 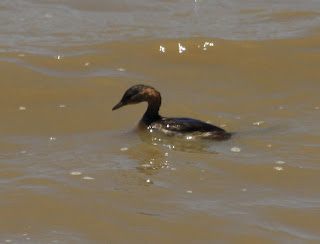 Although we had seen Madagascar Little Grebe distantly on our first day this was the first to be photographed. 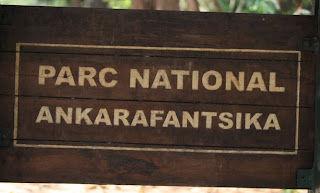 That's easy enough for you to say! 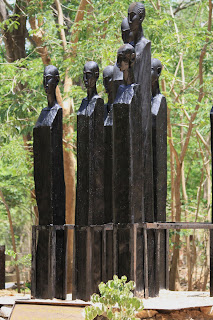 The welcoming statue just inside the park gates. 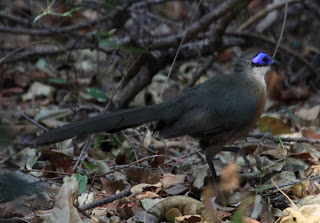 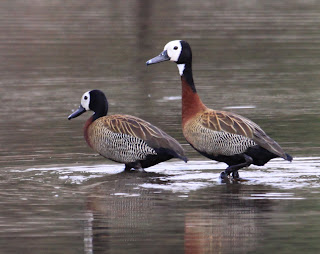 White-faced Whistling Ducks again, I just like this image. 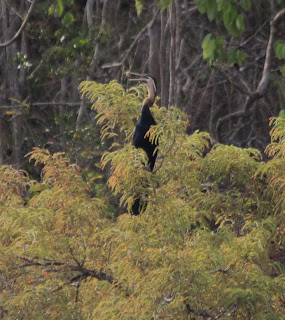 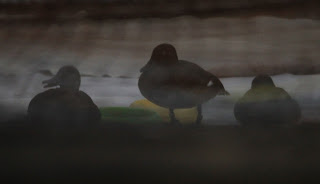 The Madagascar Pochard is now seriously endangered and this is all we saw of them through the wire cage at the rehabilitation station. There are thought to be less than 50 individuals left in the wild, while the efforts made by the Slimbridge Wildfowl Trust took a blow when 2 of their captive birds died. It is hoped that the same success they had with the Hawaiian Goose (Ne Ne) can prevail here! 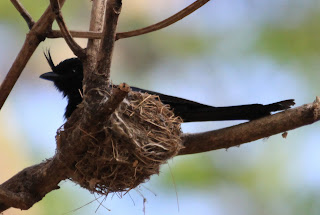 Crested Drongo on the nest, 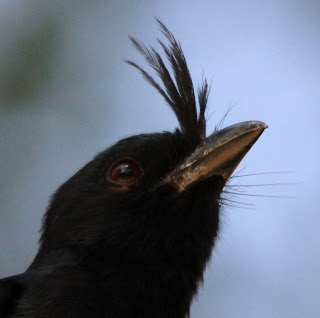 it is a regional endemic also found on Anjouan one of the Comoros group. 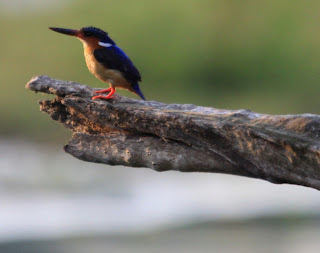 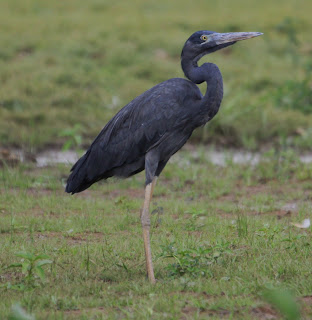 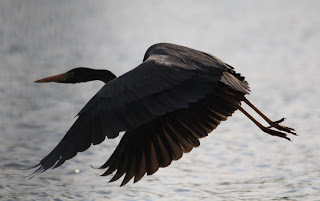 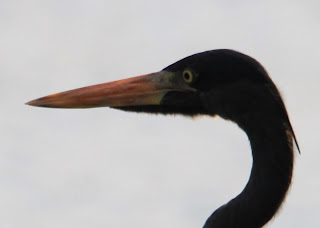 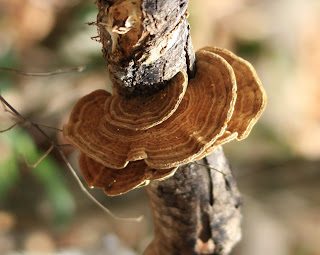 A couple of items here for Dave 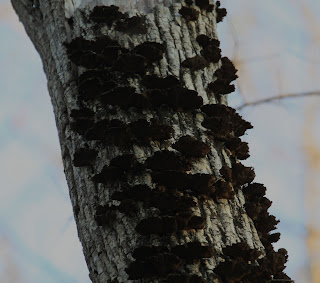 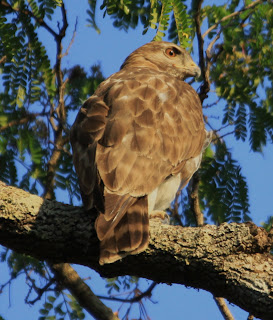 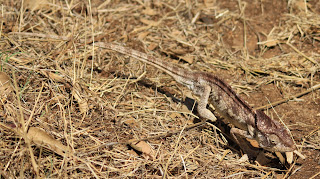 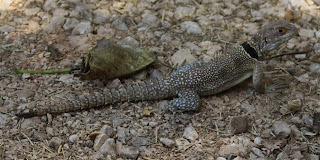 However, on the return to the bus the same lady mentioned above, who didn't join the walk, met up with us at the forest and reported having seen a Fossa.

Most set off in one direction to conduct a search, while Steve, Jonas and I set off a little further up the road where I spotted 2 long tails disappearing over the river bank. A quite approach allowed us to see both of these fantastic animals seemingly drinking but it was all a little short lived as they soon sensed us and disappeared with a clatter and splash of water. 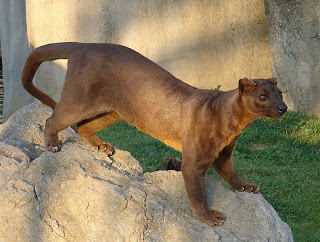 Unfortunately, no photograph was taken of these powerful carnivores, but what a privilidge to see them. The photograph is borrowed from Wikepedia.
Posted by Bagsy at 02:06