Christmas Is Coming The Goose Is Getting Fat

Knee deep in vegetable peelings and poultry feathers, it's been a stay at home and get ready for the big day tomorrow. While it has been sunny, bright and clear without being too cold all day, needs dictate a full day is always required for me to get my act together! I did speak to Lisa (my youngest daughter) in Sydney this morning and passed on each of the messages many of you had asked me to send. They are all very well having just returned from a short holiday in Canberra and it seems Frederick III has been happily eating the Christmas baubles and generally pulling the tree apart.
So, with little other news I'll return to All Our Yesterdays and a fantastic trip to Egypt 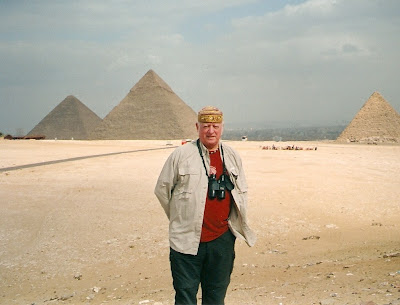 Some of the Pyramids at Giza, Cairo. There are 140 (approx) pyramids in Egypt with the most famous being those found on the outskirts of capital. Several of the Giza pyramids are counted among the largest structures ever built. 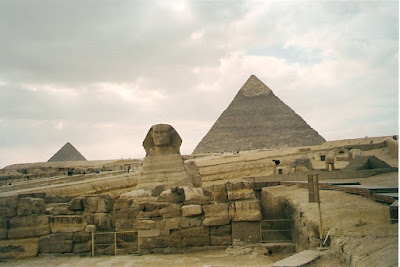 The Pyramids with the attendant Sphinx, which is the largest monolith statue in the world, standing 241 ft long, 20 ft wide, and 266 ft high. It is also the oldest known monumental sculpture and is commonly believed to have been built by ancient Egyptians of the Old Kingdom in the reign of the Pharaoh Khafra c. 2558–2532 BC. It depicts the body of a lion with a human head. 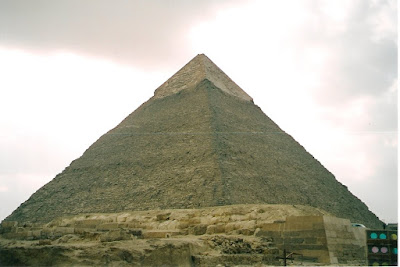 The Pyramid of Khafra, like many others was stripped of its outer stone to build the city of Cairo, only the apex has the original cladding. 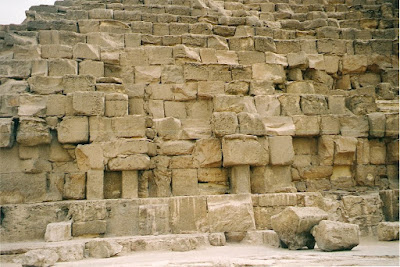 The rough finish that is now visible. 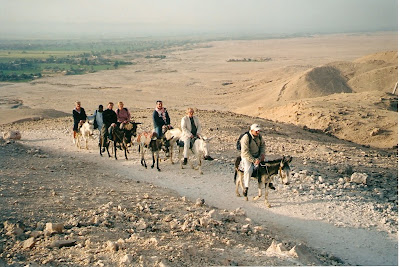 A novel way to visit the Valley of the Queen's is by donkey, but be warned this journey is not for the faint hearted! 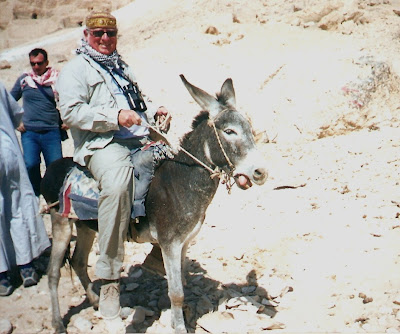 Most people seem to remember their most hair-raising drive, with my personal worst 3 being Bangkok followed by Istanbul and topping the lot for nerve wracking by far was Delhi to Amritsar, India. This ride was a totally different experience, with no control over the animal (they have done it so many times they need no guidance) racing at top speed up and down sheer mountain tracks, which at times are barely 3 feet wide along deep chasms. 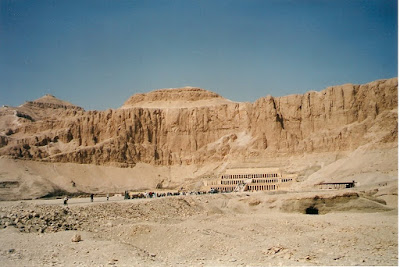 The Valley of the Queens is the place in Egypt where wives of Pharaohs were buried in ancient times. The valley is located near the better known Valley of the Kings, on the west bank of the Nile across from Thebes (modern Luxor) . 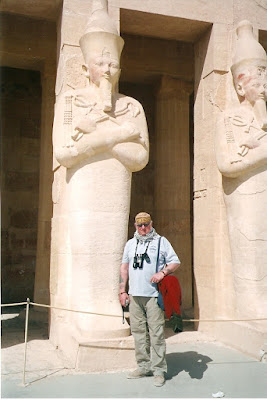 Some detail of the fabulous ancient temple stonework.

No trip to Egypt could be complete without paying a visit to Abu Simbel, which consists mainly of two massive rock temples in Nubia, southern Egypt on the western bank of Lake Nasser about 230 km southwest of Aswan (about 300 km by road). The complex is part of the UNESCO World Heritage Site known as the "Nubian Monuments, which run from Abu Simbel downriver to Philae (near Aswan). 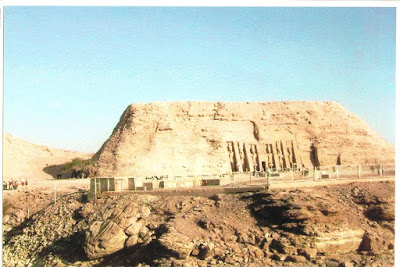 The twin temples were originally carved out of the mountainside during the reign of Pharaoh Ramesses II in the 13th century BC, as a lasting monument to himself and his queen Nefertari, to commemorate his alleged victory at the Battle of Kadesh, and to intimidate his Nubian neighbours. However, the complex was relocated in its entirety in 1968, onto an artificial hill made from a domed structure, high above the Aswan High Dam reservoir. 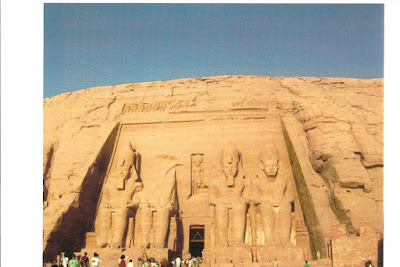 The relocation of the temples was necessary to avoid their being submerged during the creation of Lake Nasser, the massive artificial water reservoir formed after the building of the Aswan High Dam on the Nile River. Abu Simbel remains one of Egypt's top tourist attractions, miss it at your peril.
and finally, we can welcome today the Dominican Republic to the readership, the 113 Country / Region to do so. Please pass on the link to others - Thank You!