You've Got A Friend - James Taylor

A particularly good day today, as will become clear later, but nevertheless the freezing cold persists, coupled with grey skies and the continuing icy blast from the north east made for another gloomy picture. Having said that, birds were once again in abundance with a host of mixed Thrushes in the cemetery, clearing what is left of the berries, as a whole mix of stuff flew overhead. So desperate for food now the Meadow Pipits that were foraging local (postage stamp size) gardens were joined today by of all things Lapwings in the heart of the conurbation. 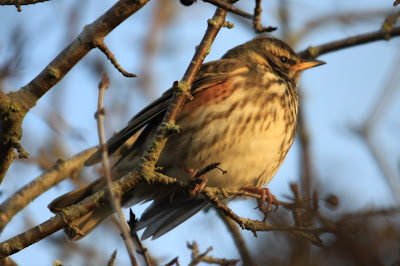 Redwing were most numerous at Radipole Lake, closely followed by Fieldfare and Skylark, but not to be outdone Blackbird, Song Thrush and Common Snipe were also well represented. An almost continuous passage of Lapwing were moving mainly to the south interspersed with the odd Golden Plover, while in the bushes the usual Tits prevailed joined today by c3 Bullfinch and the single Great Spotted Woodpecker.

It was at the main bridge my day took a decided turn for the better as an unidentifiable individual, well dressed against the elements, approached and announced "I thought it was you Bagsy". My 'shipmate' since 1970, when he was naught but a Boy Seaman, I had noticed Gary (The Secret Lemonade Drinker) White complete with binoculars - 'bird watching'! I know he has always had a passing interest but this was the first time I'd encountered him on a dedicated 'twitch', so we decided to hook-up and spend some hour together. Having pointed out the Pintail, a Black-tailed Godwit and the birds over flying we decided to try Ferrybridge where the tide was still too high, we continued to Portland Castle. There, the wind made it prohibitive to watch anything sensibly, but that's when the 'text' arrived advising of c2 Lapland Buntings at The Hump, so off we set for Top Hill, Portland. 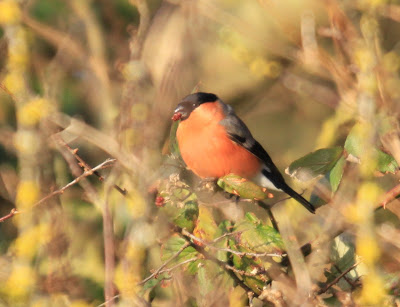 male Bullfinch plus all the Thrushes previously mentioned, along with c2 Mistle Thrushes, c9 Long-tailed Tits and a variety of other Finches and Tits, but no Lapland Bunting. Not the most likely location for this species, but given the weather conditions and that a number had been found previously at other Portland locations there was a likelihood. Best bet was to try for more information, but the phone call drew a blank, but a second text this time from Daragh Croxson brought to me the realisation that we were at the wrong Hump, the birds were in fact at Lodmoor where there is also a Hump! Gary's appetite had now been so whetted he was prepared to drive back to Weymouth, at which point I felt it my 'duty' to offer some fatherly advice. No more than any responsible bird watcher would do, I advised that it might be best if he didn't pursue what I could now see was becoming a thirst for the hobby as it could take over his life. He was not to be dissuaded, so having done my bit we continued to the Moor. 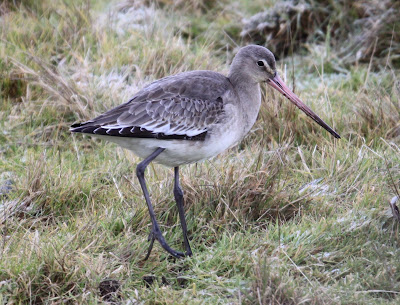 Black-tailed Godwit (one of c4) and 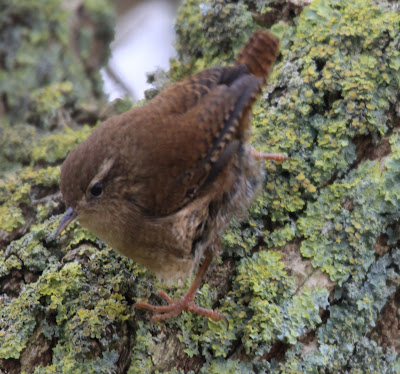 Wren were soon added to the 'day list' along with c2 Water Pipits, one of the Lapland Buntings and this small group of 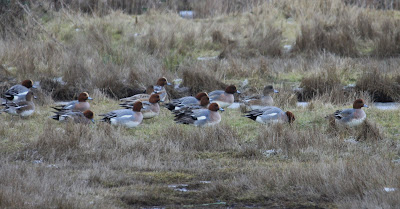 Wigeon. Gary was now starting to use terms such as 'lifer' and wanting to know what else might be on offer that he had never seen before, all sure tell-tale signs of 'obsession'? I had to tell him that there were Knot and Mediterranean Gulls at Ferrybridge yesterday and as we had to go that way home it was worth a try. There was no sign of the former, but the Gulls were in evidence along with Great Black-backed, Herring, Common and Black-headed so some comparisons were possible. There was little doubt that we had both had a great time and promised to do it again, and returning home found a request on the Blog Comments from Grampy (Stuart) agreeing with my choice of Canned Heat as a 'headline' yesterday, and requesting Buzzard photographs.

Had to dig deep into the archive for these Stu but hope you enjoy:- 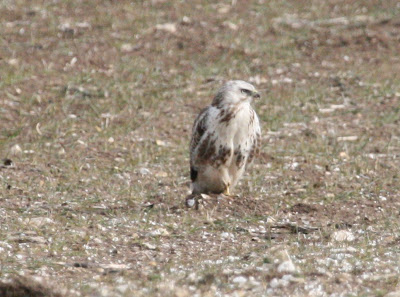 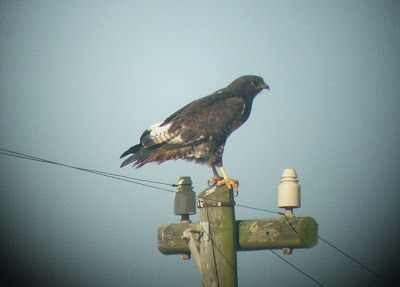 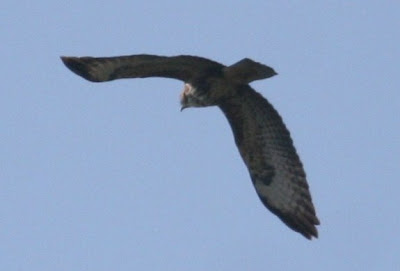 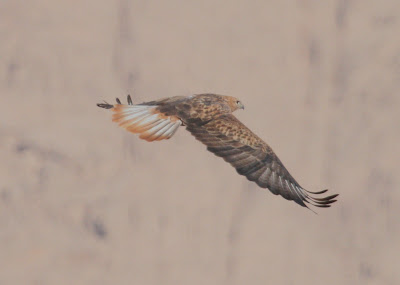 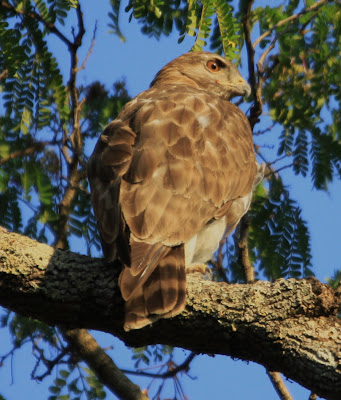 Stuart also mentioned his love of the 'Penguin Cafe Orchestra' (agreed Stuart, have you tried 'Music For A Found Harmonium'?)

and finally, a little ditty sent to me by 'lifetime' friend John Wood cosily snuggled up in Spain I wouldn't wonder.

Try A Little Tenderness - Otis Redding
Posted by Bagsy at 18:17