In The Bleak Mid-Winter

frosty winds may moan, earth stood hard as iron water like a stone.

Despite being of no religious persuasion, I do love hymns (not as much as 'hers' but that's another story) and In The Deep Mid-Winter has to be one of my favourites!

On the other hand, I have been nominated for an OBE in respect of today's post as it is by and large Other B*gg*r's Efforts.

First of all, this link to an exceptional piece of video footage was sent to me last night by Paul Harris. Taken by one of the Beddington birders in Surrey, with the unlikely moniker of 'Dodgy', I feel sure it will be of interest to 'birders' and 'non-birders' alike - see what you think.
http://vimeo.com/17497303

and on a day when weather conditions could only be described as BITTER, I thought it best to publish a few images from a warmer clime. These are previously unpublished photographs sent to me by fellow traveller Maria Djumic from her 'Castle in Edinburgh' - THANKS Maria, will be in touch albeit when the editing is completed!
Plants, Places & People of Madagascar:- 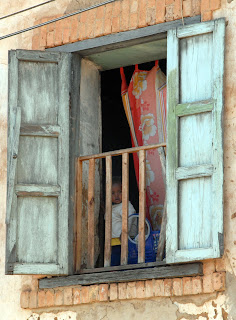 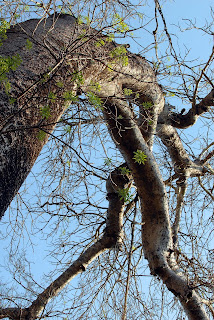 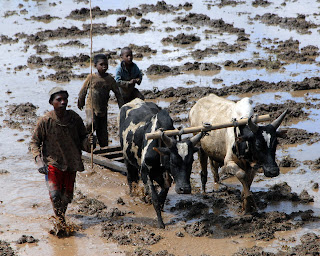 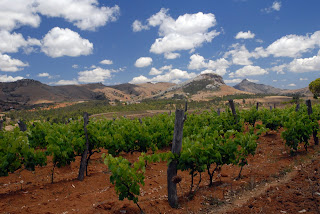 Grape vines, we did try the Malagasy wine which was perfectly palatable 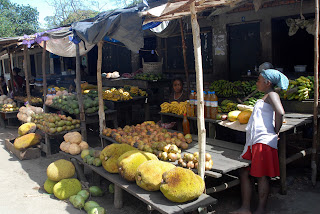 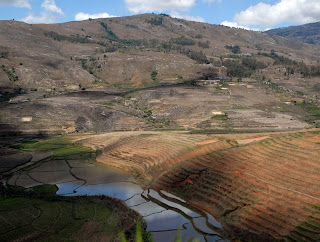 Hillside, terraced fields and rice paddies, all that once was 'rain forest'. 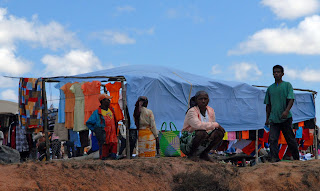 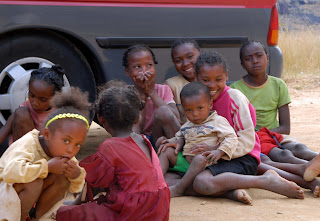 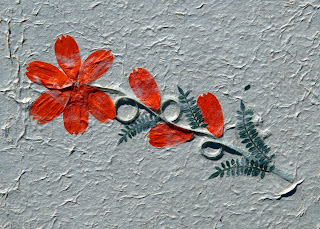 The paper makers. For centuries the Malagasy people have been making paper overlaid and embossed with real wild flowers. 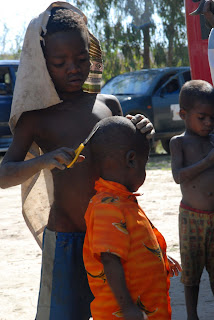 Short back and sides 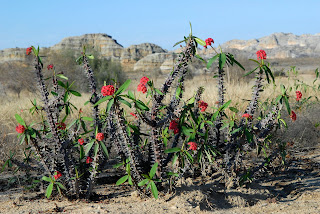 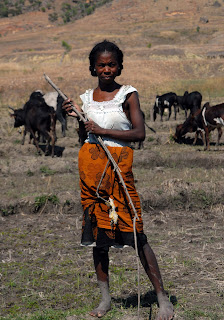 The reference to the Deep Mid-Winter was none more apparent than when stood at Ferrybridge this morning. While it was chilly in the cemetery, the number of Redwing and Fieldfare were enough to keep my mind on the job in hand, but skipping Radipole, this was the scene at the bridge. 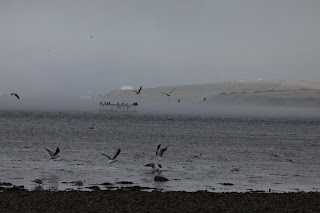 A band of low, frozen fog extended right across Portland Harbour, 'under' the bridge and across 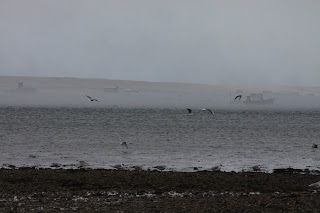 The Fleet and almost obscuring Chesil Beach altogether. At least c18 Golden Plover had sort the sanctuary of the sea wall close to the Ferrybridge pub, while others passed overhead. Teal and Wigeon had also been flying through, but that was before I arrived, now just a few of each were content to feed close to the shingle. My hands were too cold to hold the binoculars aloft long enough to count the Mediterranean Gulls, but there were well in excess of 100, as was the estimated number of Dunlin. A lone Curlew was also feeding close to the beach, while it seem like just one of yesterdays bar-tailed Godwit had been left to brave the elements here. Red-breasted Merganser, Ringed Plover, Turnstone, Oystercatcher, in varying numbers, were also present as were c2 Shelduck but it was soon time to go.
The footage of the Common Cranes inspired me to retrieve the Fuji FinePix, my first video camera, from the back of the locker and try a little videoing myself. What better subject than the 'smartest' bird to land in UK in recent times, the Hooded Merganser. Having been judged to be an 'escapee', by the powers that be, it remains on my list as a truly 'wild' bird, and would be prepared to go as far as saying if it is NOT, then Adolf Hitler isn't Margaret Thatcher's father! Nobody could be that wrong? However, first of all I couldn't find it, having to rely on Dick Morris to phone me with its location, then it was diving repeatedly and so far out even the BBC wouldn't have filmed it. It would seem however that I may have 'over egged the custard' with 109MB of whirling Brent Geese video memory which simply doesn't want to 'upload' to the Blog.
Posted by Bagsy at 19:10