Everything Neat & Tidy At Titchwell - Sir!

First things first - Thank You for the 'texts' today Paul.
When I left home at 02-45 this morning it was snowing in Weymouth! OK only very light and in minor flurries but nonetheless snow, so what chance Norfolk if almost the most southerly part of England is getting it. Worry, wot me worried, as it got no worse, and after yet a third time (unlucky) looking for the Barn Owl again there was none after leaving Dorchester. Reaching Sandringham at 08-00, the priority was Golden Pheasant* a very hit or miss business here, but happening upon a couple of Derby lads I joined them to wait for a sighting. It didn't happen, but as the * denotes we did hear at least one in addition to which Lesser Redpoll and Brambling were both seen and added to the Year List. 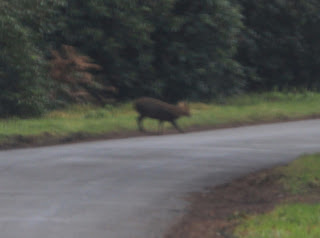 Muntjac too were on offer, our tally being 4, but they were extremely nervous and the only shot possible was through the car wind screen at distance. By 09-30 my wait for the Peasants was over so made my way to the RSPB Reserve at Titchwell where birds, compared to my many visits in the past, seemed nonexistent. By and large just the more common species including 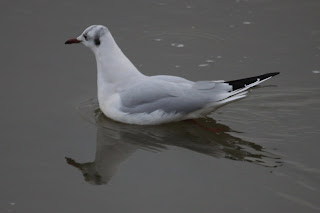 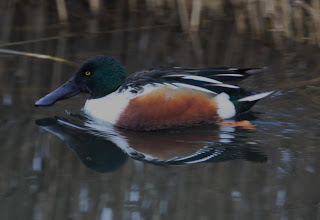 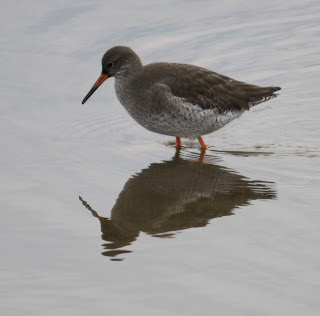 Common Redshank whilst a fine looking 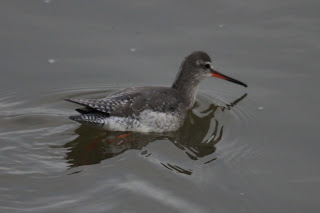 Spotted Redshank first of all swimming, 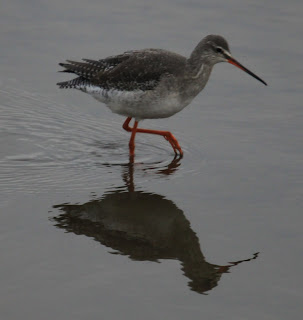 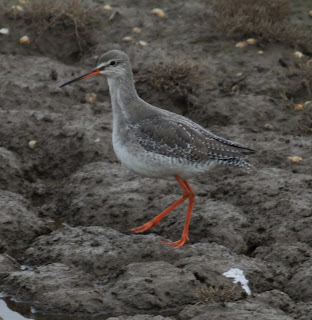 and finally wandering along the beach made for some scarcity value, but none of these increased the list. That came by way of a couple of Marsh Harriers quartering the reeds some distance off, and one of what had been c7 Twite associating with a flock of Skylarks, then I turned my attention to the reserve itself. I have no need to pick fault with the RSPB as they serve it up, as far as I am concerned, in copious amounts. Having always considered Titchwell one of the finest in Great Britain, and certainly their 'flagship' reserve it made me wonder where their meddling is all going to end. This is what met my eye as I continued down the main path 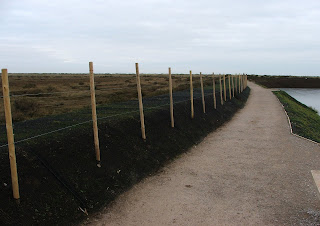 what used to be a rugged, undulating bank, likely supporting loads of wildlife has be converted into a symmetrical barrier with what can only be described a military style fence. Yes, the grass will grow and maybe there are ideas for natural hedges, but with the pristine path all neatly dressed with lathes of wood surely it looks more like a park? Then, if that were not enough, this appeared before me 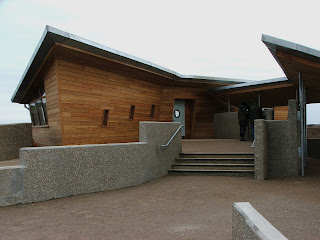 it's what they call 'a hide', which for my money would be better placed 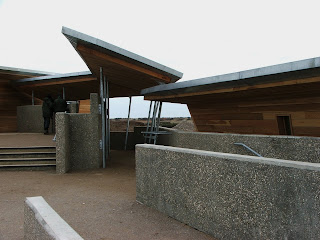 on the South Bank of the Thames next to the Royal Festival Hall, Hayward Gallery or Tate Modern. The doors don't even close quietly -Shuuuuuuush!

Disappointment isn't the word, but taking a straw poll of one or two people wandering around, they seemed to like it so I guess it's me 'out of step', but it will only be a Cerulean Warbler that will drag me back there! 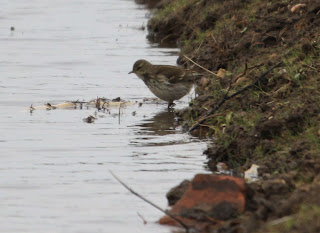 Time for a little light relief, and that arrived as did this smart Water Pipit, not only the first for the year but also the first I have ever photographed. 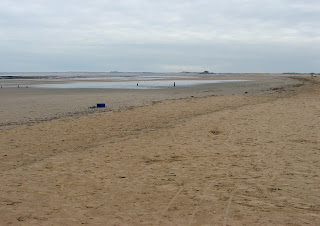 Down on the seashore and exposed to the biting wind, things were much the same with a couple of large rafts of Common Scoter, an Eider, someone did report a Long-tailed Duck plus very few (at least in Norfolk terms) Waders. None were additions to the list, and all kept their distance but among the few Sanderling, Turnstone, Bar-tailed Godwit, Dunlin, Oystercatcher and Ringed Plover were a few 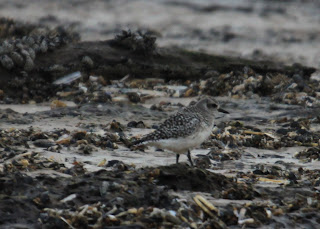 Bun and coffee time at the car park, and the 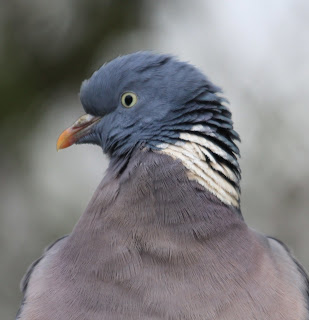 Wood Pigeons, bold here, were laying in wait for scraps 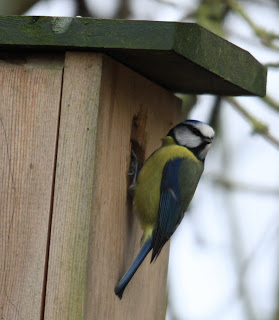 as several Blue Tits were investigating this nest box, maybe as a roost site? But things were about to get much more exciting. Visiting the Choseley Barns, where once Tree Sparrow, Corn Bunting and Yellowhammer outnumbered the Starlings, there wasn't a bird to be seen except I did record Red-legged Partridge but the 'covey' only comprised c3 individuals. There I met 3 likely lads who had ALL the latest information which set me off with a twinkle in my eye. First stop was Lady Anne Drive, historically about the closest you'd ever get to Pink-footed Geese but while there were plenty flying high none had as yet joined the large number of 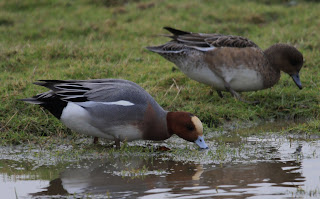 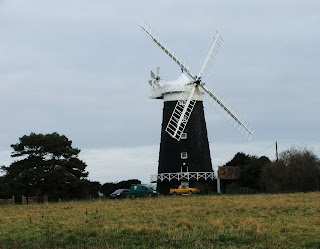 Travelling even further east, past the windmill close to Burnham Overy Staithe, there we numerous 'pockets' of Twitchers and Birders alike but if you stopped to talk to only half you wouldn't get home in time for tea! One group though seemed intent on a distant object across the fields and alighted to be rewarded with not one, but 2 Rough-legged Buzzards. It's been a long time (20 years at least) since I've seen one of these beauties, and the analogy of No58 buses sprang to mind.

Cley East Bank was the next port of call, where the fellow my lads had said a Ross's Goose, American Wigeon and Smew might be seen. 'Dipping' on the latter, it was a dash to Muckleburgh Hill, as the light was now fading fast, to where Waxwings were said to be feeding. Alas, they too didn't reach the notebook but what a heart pumping afternoon it had been. Well pleased, and now needing my tea, it was time to slake my curiosity as to where I was going to stay tonight. Advertised as a Wooden Cabin the garden of Pip & Alison Weston who live at 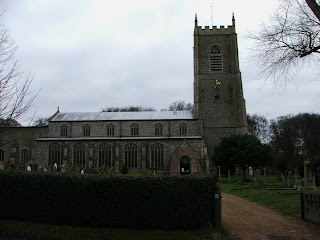 Blakeney, this being the church, the ad went on to say well appointed, cosy, warm, en-suite, comfortable and clean complete with huge English breakfast and 'free' Internet access. For 35 quid a night it sounded like I was on my way to paradise? First impressions are all favourable, and as I write this it won't be long before I test the en-suite and indulge in a little comfort - Ill make my report tomorrow. Till then, I have to admit to another omission from the list of Sparrowhawk yesterday which should have made the total 111. Including today's addition the
GB Year List now = 122 - Good Night!
Posted by Bagsy at 19:24