For Whom The Bell Tolls - Metallica 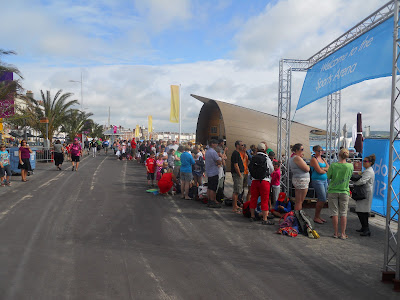 Early morning, and already both crowds and clouds were gathering with the forecaster promising some heavy showers that so far hadn't deterred the Olympic fans. 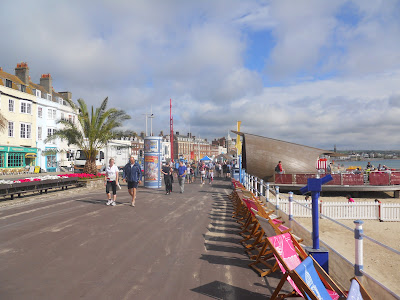 As I wandered around Weymouth. more and more people were arriving and like a small army heading for their chosen vantage point on the 2 large screens on the beach. For me it was a trip to Portland 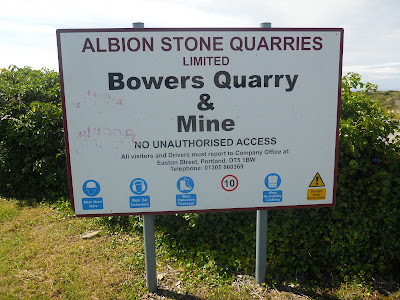 where what is known as the MONO PROJECT gains momentum. We have already reported on the bell, fashioned after the fossil bearing Roach Stone, and even before alighting the bus 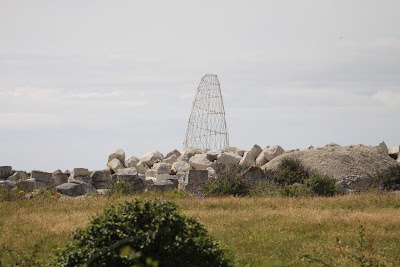 the latest addition could already be seen towing above the blocks of stone. It may be an idea to give some directions for those who may like to visit, starting at the George Pub at the top of Reforne, Easton 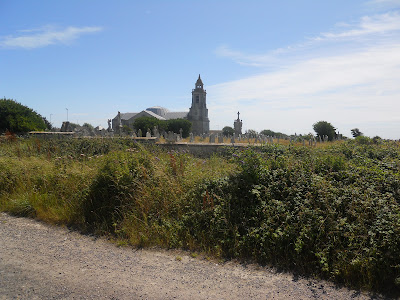 Walking towards St GEORGE's CHURCH turn right onto Wide Street and almost immediately on the left is Bowers Quarry. Regardless of the 'No Unauthorised Access', there is a public footpath signed to West Cliff. You now have the Church to your left. Follow signs to The Mine and shortly the direction becomes obvious. 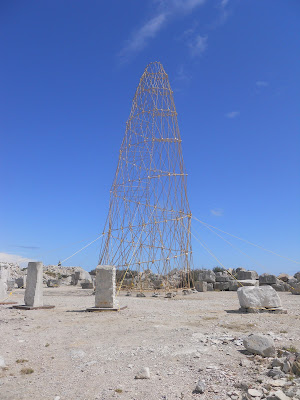 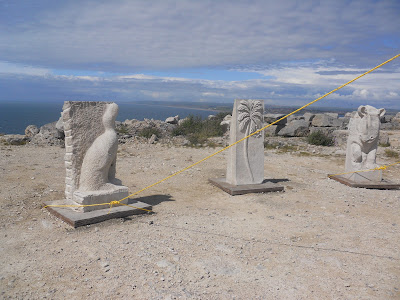 and encircled by some beautiful stone carvings. 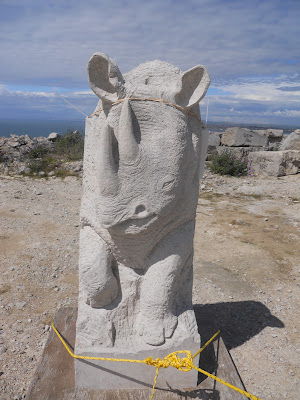 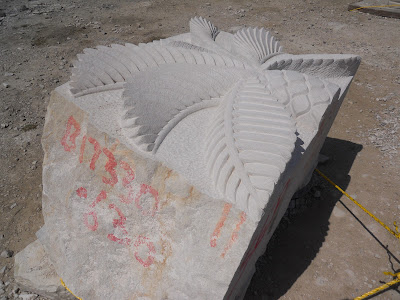 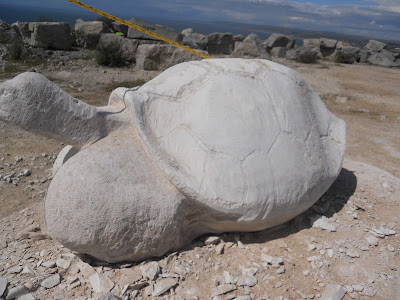 Unfortunately, I chopped the nose off the GALAPAGOS GIANT TORTOISE mainly because I had just squirted a bolt of suntan lotion in my eye (not on purpose you understand). 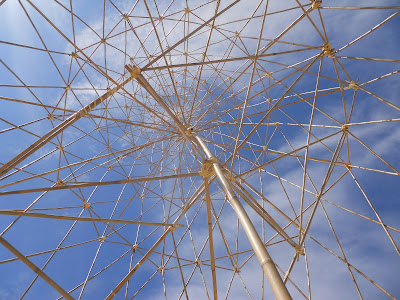 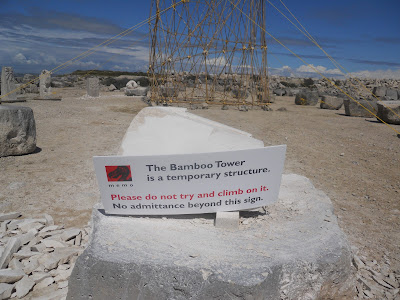 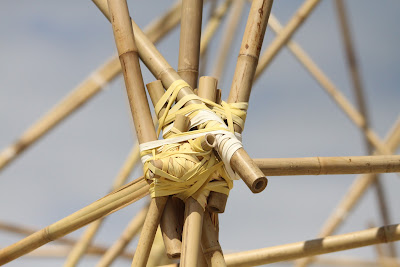 Noting the lashings securing the lengths of Bamboo reminded me of a group of Hong Kong Chinese ladies known by most sailors visiting the Island as Jenny's Side Party who would build scaffold, in similar style, on ships sides as a platform for them to paint and clean the ship. The Link will give a far better idea. 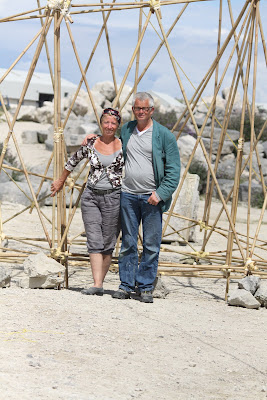 It was also a great pleasure to meet Dutchman Antoon Versteegde and his wife, with more at  BamBoeBus 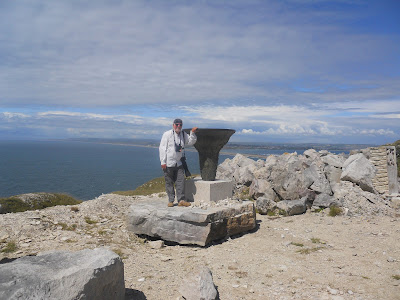 The MONO BELL is also at the same site, which I am told is to be replaced at a later date by a much larger version when it is finally cast. 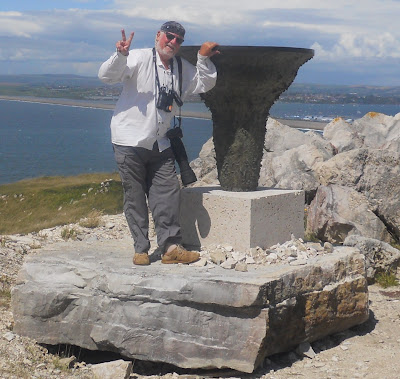 All of this plus the splendid view surely has to be worth the journey to Portland? 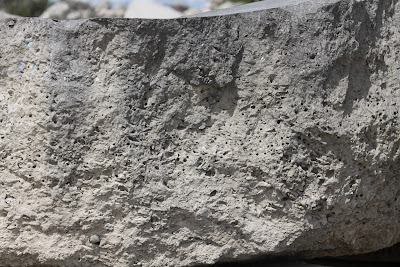 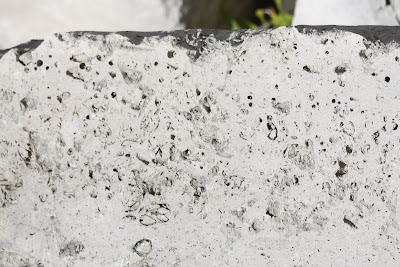 Roach is an oolitic limestone dominated by abundant fossil shells, ... They have a screw-like appearance when its internal spiral whorls are exposed. 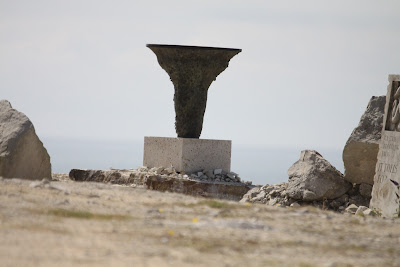 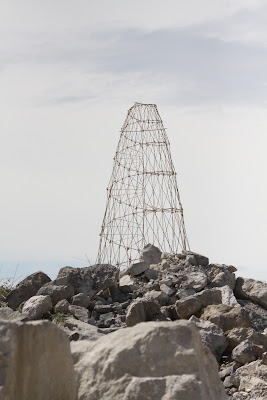 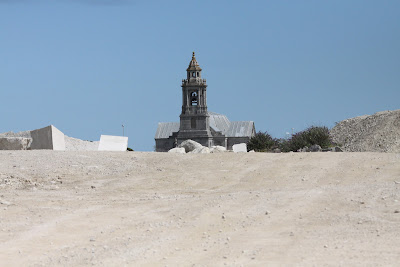 Some views on leaving the site.
While the rest of us were trying to get up close to a SAILOR here in Weymouth on Sunday, Matt Harris (son of Paul and Annie) was flexing his 'Access All Areas Pass' in the Olympic stadium. Not really a patch on those up the Nothe as he only got this close to the FASTEST MAN on the PLANET! 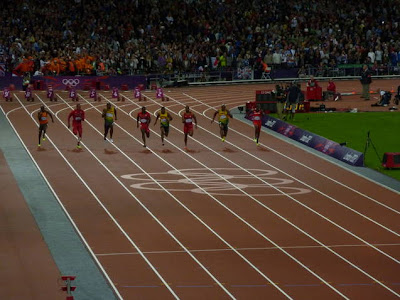 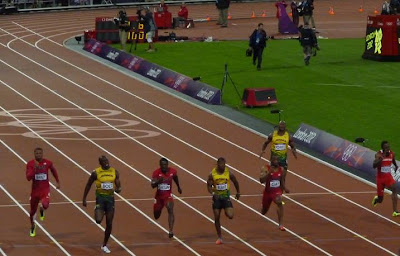 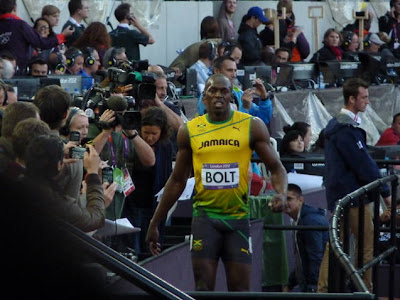 Thanks for considering myself and the readership Matthew - STUNNING!
PS - Start a Blog and I'll have to send the Boy's over!
Posted by Bagsy at 17:47