It would be impossible to enjoy a day measuring magnitude 10 on on the Richter Scale, then return home to edit photos, tell the tale and remain sane, you'll have to wait until tomorrow to witness such images. 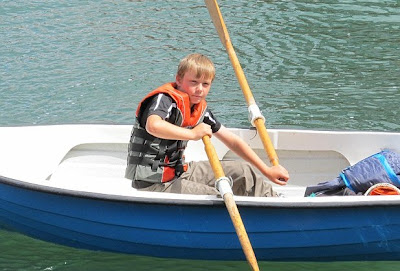 Yesterday was more than enough to keep me, and the rest of the nation, happy with Mo, Jessica, Greg Rutherford et al medal winners all. Despite our fantastic Olympians, my personal GOLD medal goes to oarsman (boy) STUART CRANG who single handed saved fellow sailors who had capsized at sea Full Details. 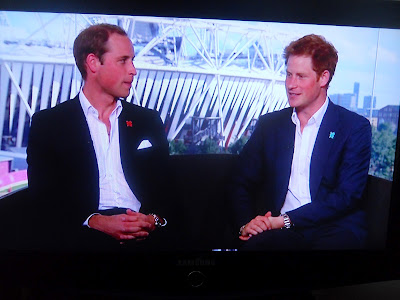 Neither a Royalist or for that matter anti Royal, I get more impressed each time I see these 2 young men and last night on the news further endorsed this. A GREAT TIME for GREAT BRITAIN let's hope we don't blow it! 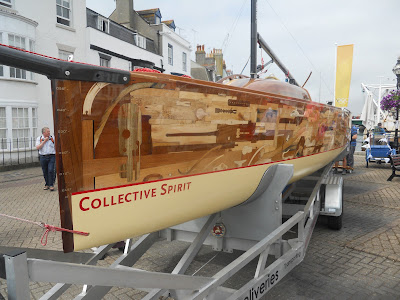 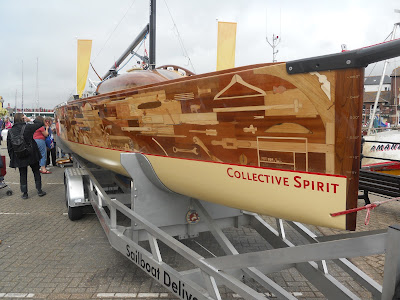 which has now reached Dorset waters on her around Great Britain cruise. 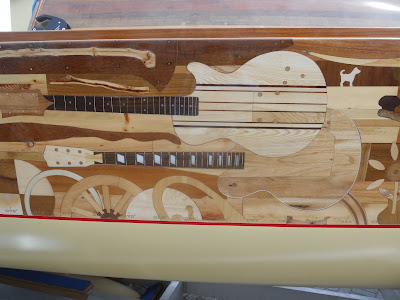 In a nutshell, she is made of pieces of donated wood which have to have a story of interest attached, my interest was the tiny splinter that once made up a guitar owned by my ALL TIME HERO. 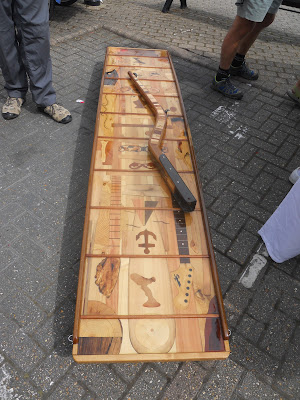 A part of the Tiller I was so hoping to get my hands on it, even if only to be 'as one' with Jimi Hendrix for a few seconds. 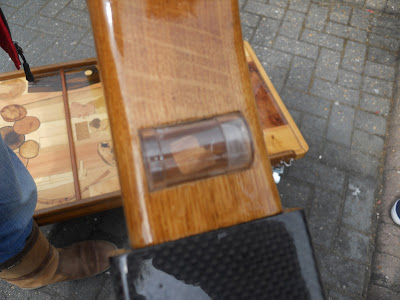 By the kindness of those guarding this precious cargo 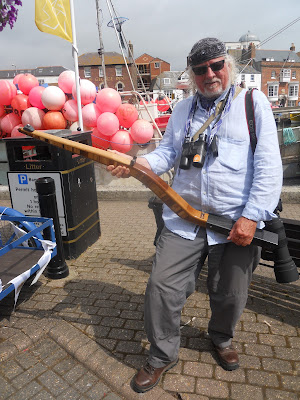 I was allowed to pick this steering gear up and swing it like an 'AXE; (Guitar). 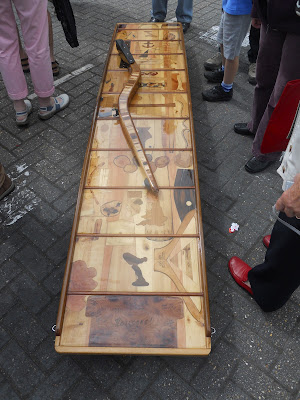 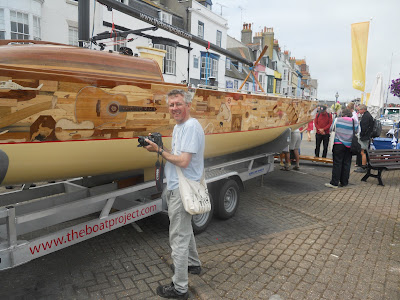 In the process I met up with long time birding pal Steve Jones who I hadn't seen in many a day. 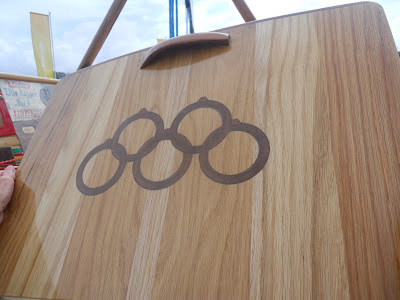 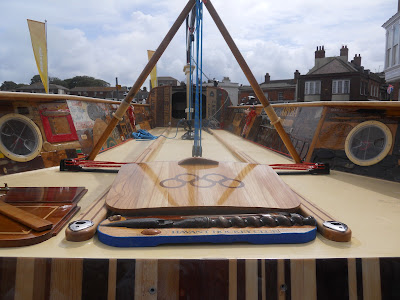 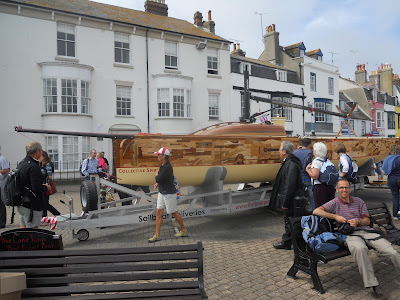 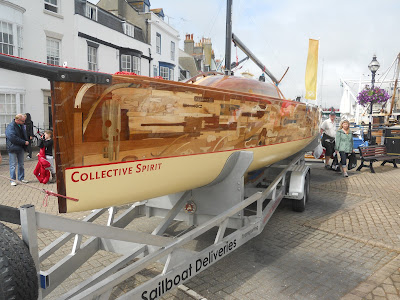 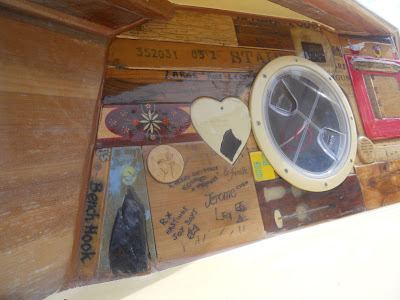 More DETAIL, including' the 'black blob' in the white heart which once made up the timbers of The Mary Rose. 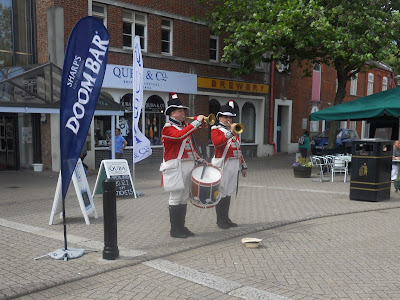 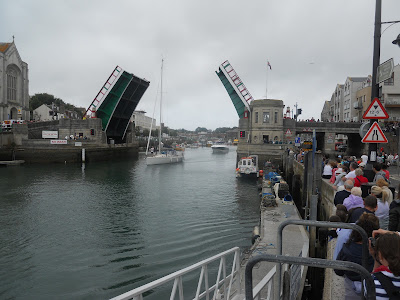 cross the Town Bridge, once it was closed, and get Fish and Chips from the best fish shop in town The Marlborough. Hardly finished eating, I was ready for a drink, and there sat outside of The Ship public house on Weymouth Quay 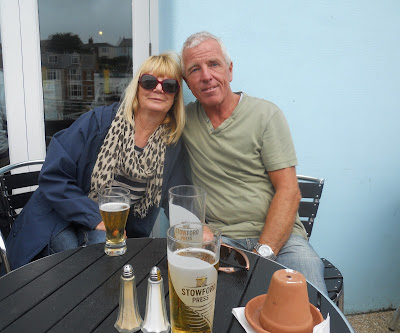 was my Ol' Shipmate Timmy Malcolm and wife Sharron. Timmy and I have shared 'thousands' of sea miles over the years so who better to share a pint with. Among much reminiscing they told me of their daughter (who I last saw as a child) who is now National Endurance Horsewoman Champion of Great Britain Horse and Rider UK 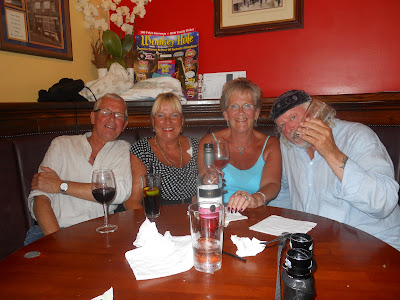 Later in the day I stopped off at The Swan for an Afternoon Cap and bumped into friends Michael, Kath and Lesley. I was glad to get home for a rest and watch the GOLD pour in! 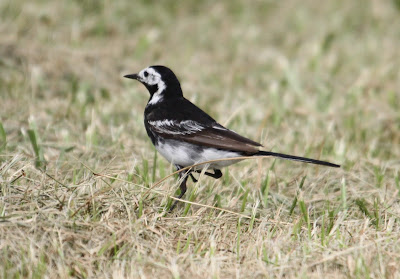 Oh, I did see a BIRD this PIED WAGTAIL.