Return of the Giant Hogweed - Genesis 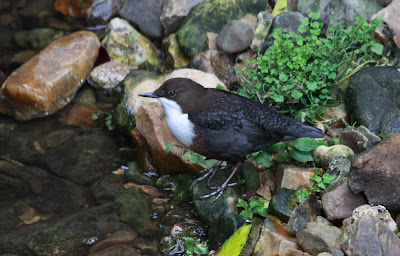 DIPPERs there was undertaken today in blustery but mostly sunny conditions. With no restrictions on the bus pass at weekends it was the early X53 service west, but a day when none of the birds were encountered. Fortunate then that a few 'shots' were taken of the series of villages en-route through the bus window. 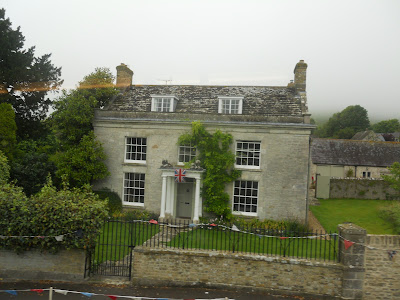 First of these is PORTESHAM 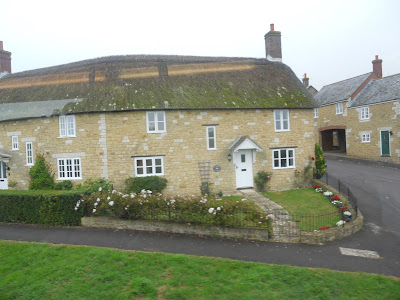 quickly followed by the world renowned ABBOTSBURY with its quaint cottages, 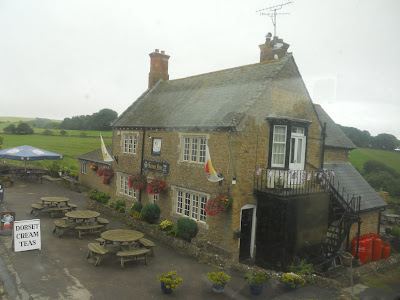 the SWAN PUBLIC HOUSE, one of 2 in the village, 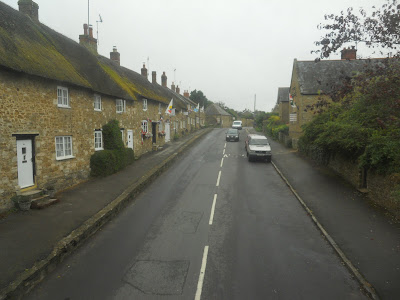 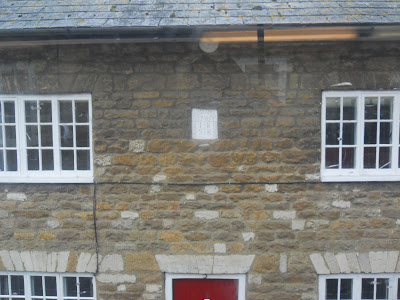 and views along the main street where building date back to at least 1785. 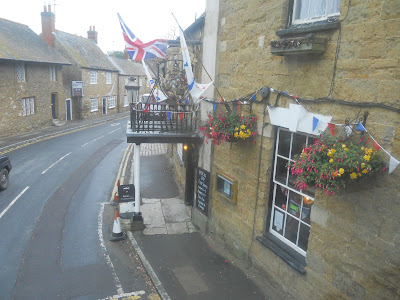 The second of the Pubs is the ILCHESTER ARMS, as ever bedecked in flowers and bunting, before reaching 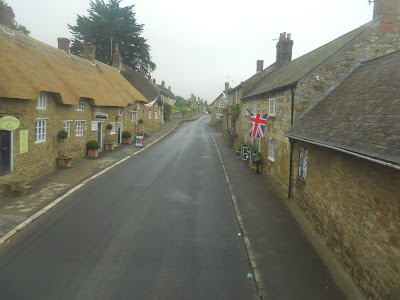 the continuation of the road west. 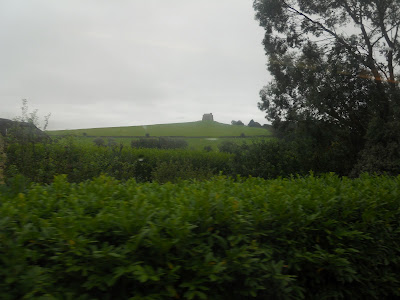 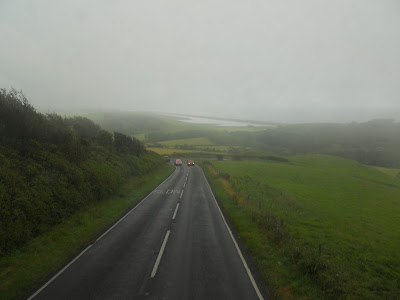 the steep incline of ABBOTSBURY HILL where not surprisingly the visibility started to decrease. The FLEET and CHESIL BEACH can just be seen in the middle distance. 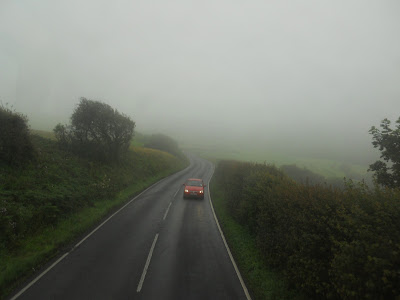 Only moments later and just a little higher the whole valley was blanked from view, but conditions 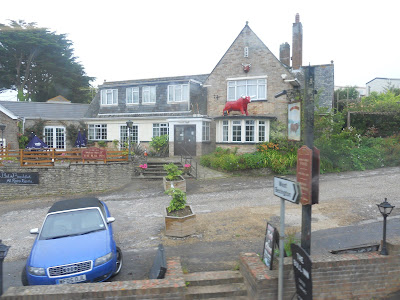 rapidly improved as we reached SWYRE and its own public house THE BULL. 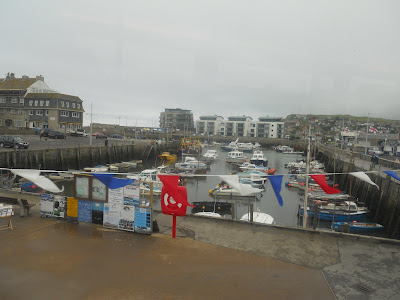 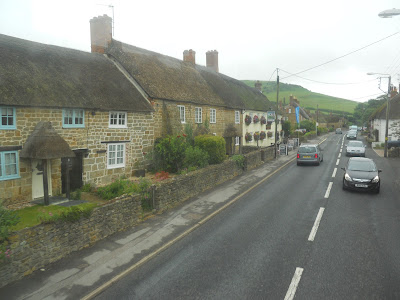 the quaintly named CHIDEOCK with a whole host of 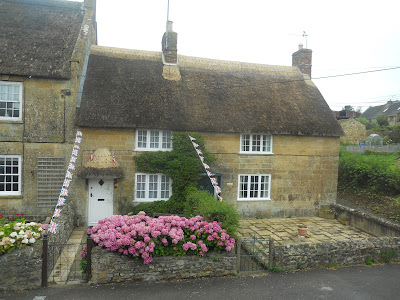 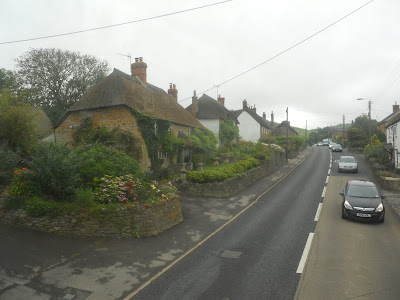 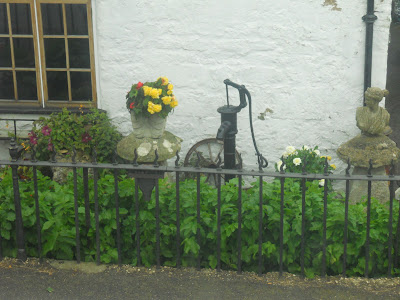 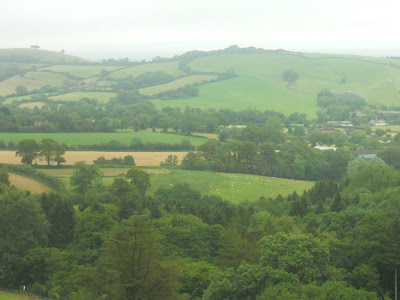 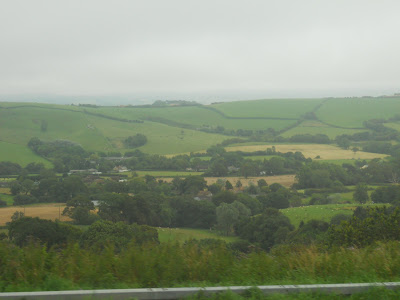 Good views across the MARSHWOOD VALE are afforded before reaching 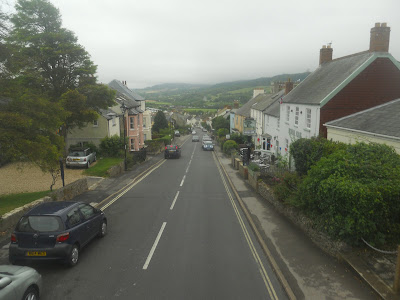 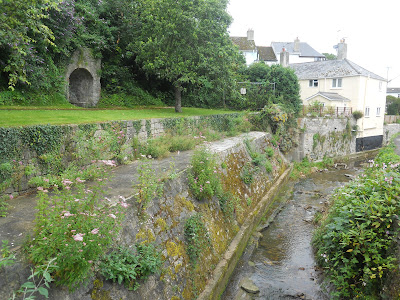 Reaching the LEPER'S WELL, perched on the left bank of the RIVER LYM, and its surrounding flora brought to mind the Genesis classic magnum opus The Return of the Giant Hogweed!
Turn and run! Nothing can stop them,
Around every river and canal their power is growing.
Stamp them out! We must destroy them,
They infiltrate each city with their thick dark warning odour.
They are invincible,
They seem immune to all our herbicidal battering. 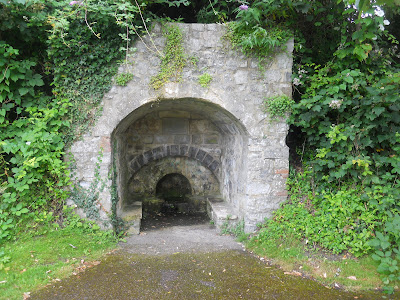 Long ago in the Russian hills,
A Victorian explorer found the regal Hogweed by a marsh,
He captured it and brought it home.
Botanical creature stirs, seeking revenge.
Royal beast did not forget.
He came home to London,
And made a present of the Hogweed to the Royal Gardens at Kew. 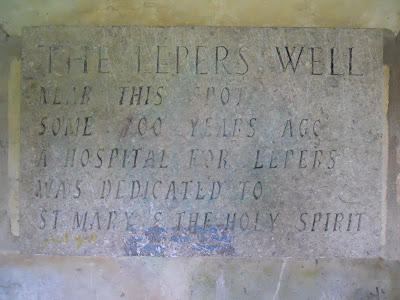 Waste no time! They are approaching.
Hurry now, we must protect ourselves and find some shelter
Strike by night! They are defenceless.
They all need the sun to photosensitize their venom.
Still they're invincible,
Still they're immune to all our herbicidal battering. 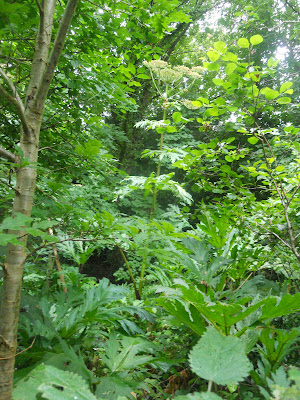 Fashionable country gentlemen had some cultivated wild gardens,
In which they innocently planted the GIANT HOGWEED throughout the land.
Botanical creature stirs, seeking revenge.
Royal beast did not forget.
Soon they escaped, spreading their seed,
Preparing for an onslaught, threatening the human race. 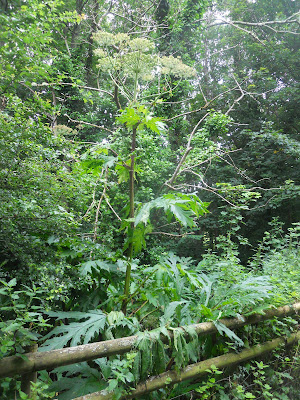 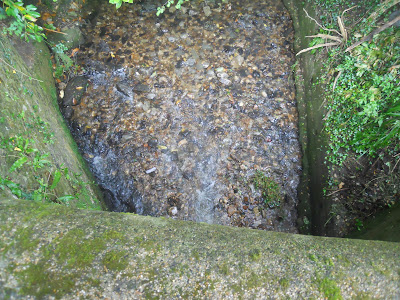 As the clear waters of the LYM continue to flow 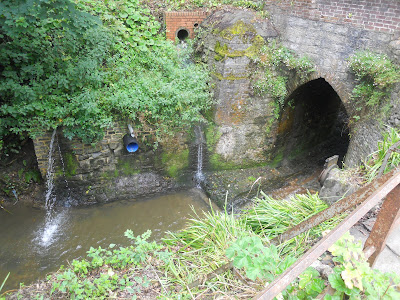 under this tiny 'Gothic' bridge, 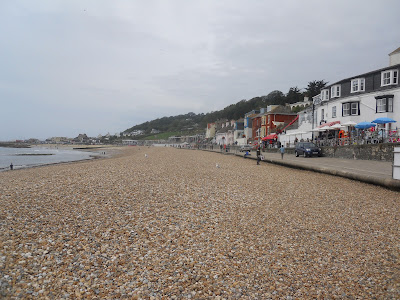 there was just time to take a look at the SEAFRON, Lyme Regis 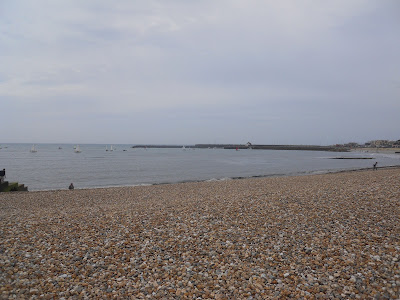 and across the bay to THE COB.
When you finally visit our part of the wold, which surely ALL of you will do, please do not miss this fantastic bus ride along the Jurassic Coast, I can promise an unforgettable experience.
Posted by Bagsy at 17:42