A Design For Life - MSP

There has been some concern since the Paralympics began that all is not as it might be with the arrangements and organisation. Firstly, is it not demeaning to relegate the TV broadcasts to Channel 4, where every 10 minutes or so the performances are rudely interrupted by adverts, and secondly could there not have been a better choice of introductory music to these programmes? I refer to the Manic Street Preachers composition A Design For Life. While none of the lyrics are heard during screening, surely there will be many who listening to such a fantastic 'riff' will want to enjoy more of the song, until indeed they get to the lyrics!
I wish I had a bottle
Right here in my dirty face to wear the scars
To show from where I came
We don't talk about love we only want to get drunk
And we are not allowed to spend
As we are told that this is the end
I have no issue with James Dean Bradfield, a damn fine composer, save having a bottle smashed in your face as a trophy of your origin, and not talking about LOVE in preference to only wanting to get DRUNK is not quite in line with what should be the Olympic Ethic??

A.D.F.L. (Brilliant in any other capacity) 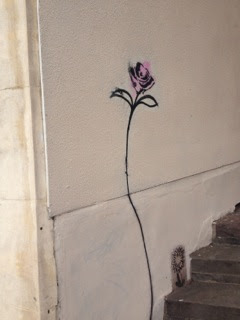 To continue with controversial and my mate Robert White (son of Secret) has recently returned from a visit to his chosen University in Bristol with these great images of the latest work by Banksy. I would title this 'a Rose is still a Rose, 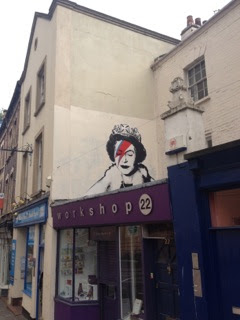 while my first thought here was 'Ziggy Lizzie' but now prefer 'Betty Stardust'. 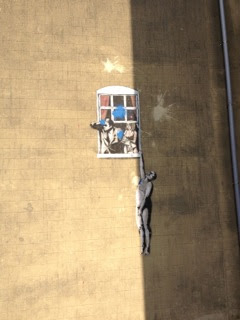 'Your Cheating Heart' would seem appropriate for this work! So on to today, which could only be described as painfully quiet. 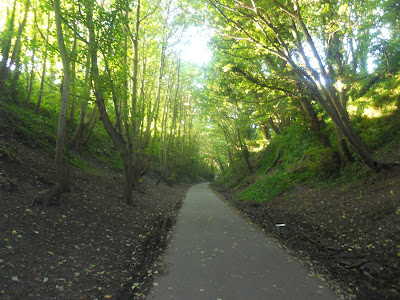 Clear blue sky and bright sunshine from the start, but with the wind having veered to the north west overnight and cutting across the harbour at 20 knots plus, brought a distinct chill to the air. The walk along the RODWELL TRAIL was short on interest 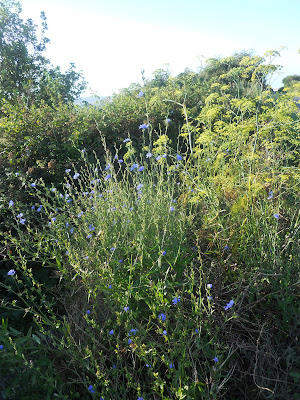 apart from a rather smart looking Goldcrest that didn't hang around, and a few wayside plants such as CHICORY, 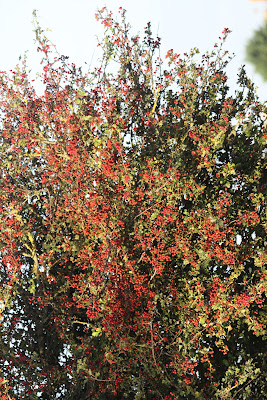 along with plenty of berries on the HAWTHORN. 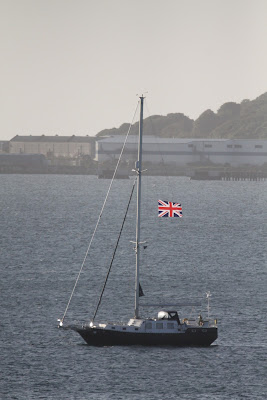 A few are still waving the flag for the Paralympic Sailors, but the turn-out is nothing like that of a couple of weeks ago. 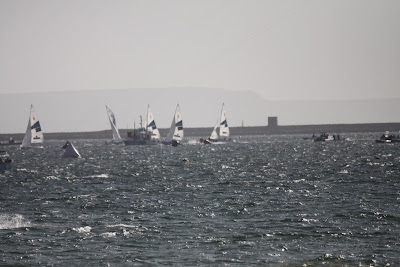 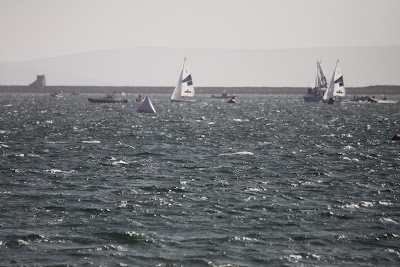 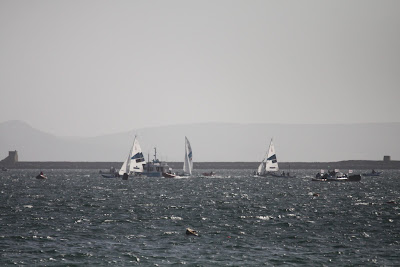 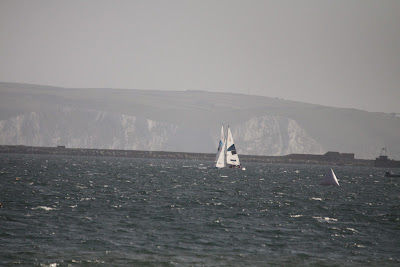 However, it has to be said that the races I have seen have taken place in the middle of Portland Harbour, far less accessible to the spectator so maybe that is the reason? 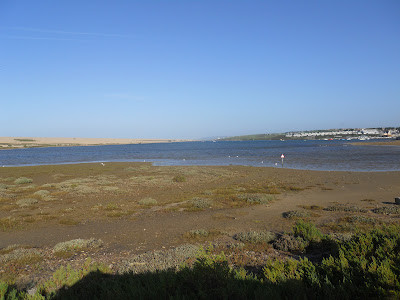 At Ferry Bridge the tide was still on the rise but there was little in the way of bird life. 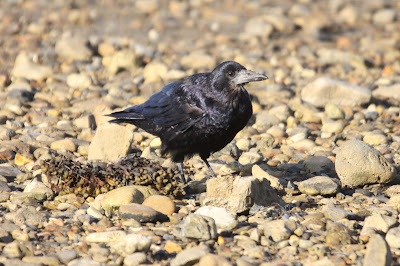 Of note were the few resident ROOKs 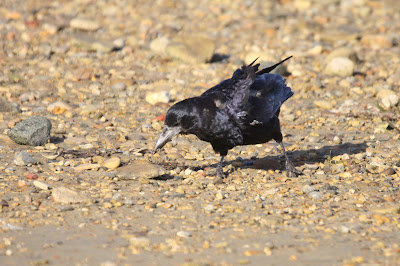 employing Turnstone feeding tactics by flipping over pebbles and seaweed and catching prey sheltering beneath. 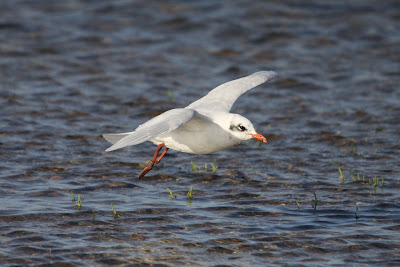 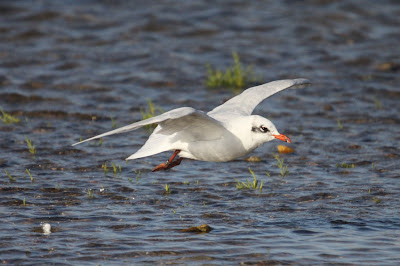 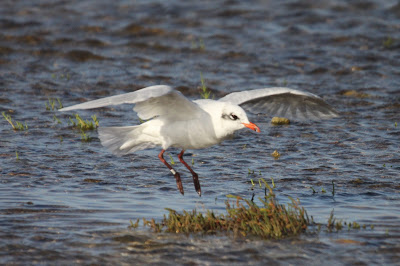 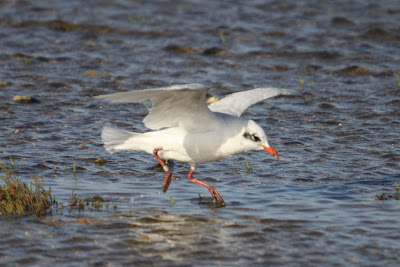 One of the c3 MEDITERRANEAN GULLs did land close by allowing for a few action landing shots, but the rest of the days action was supplied by humans. 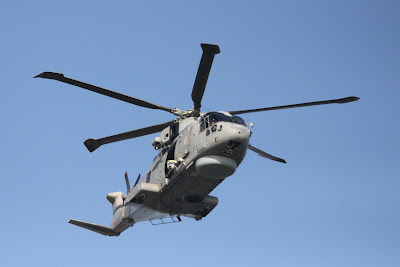 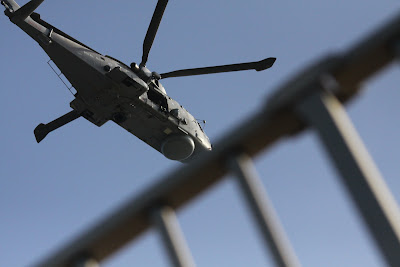 What ever was going on above the bridge, below it and even underwater I have no idea, but it made for good viewing as the MERLIN HELICOPTER from HMS Bulwark maintained a low hover 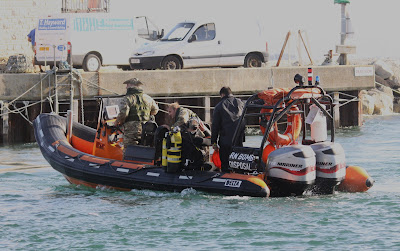 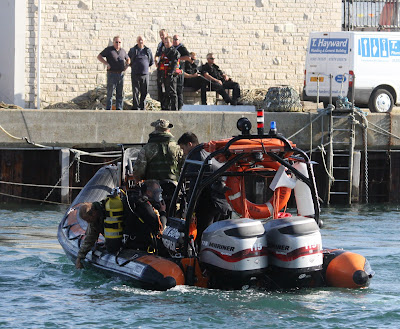 and then deployed a DIVER beneath the bridge, as a number of Police Officers looked on from the shore. 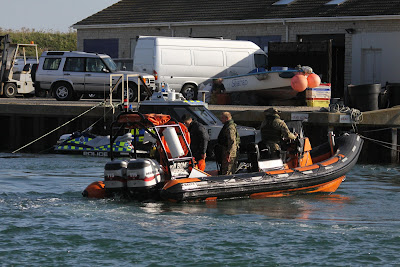 In addition both the POLICE WATER-JET and FAST RESPONSE VESSELs were laid alongside (behind the Navy Rib), as reinforcements arrived in the shape of 2 RN Bomb Disposal Vehicles. It was much quieter over on Portland, in fact like the grave, with reports amounting to Nada!
Posted by Bagsy at 17:17