A dull start to the day but certainly warm enough, a gentle westerly breeze things gradually getting sunnier and the first sounds of Chaffinches in the cemetery for weeks now. Not quite a bee-line for Secret's house to see how the sick lap-top was getting on, but more or less. 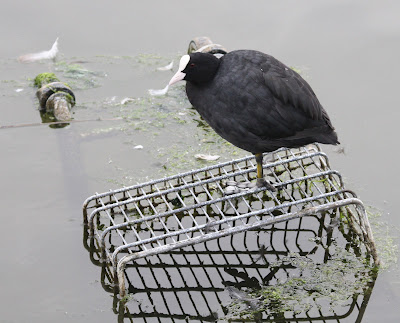 Only the usual in the Backwater with this COOT taking advantage of the perch this abandoned shopping trolley provided, while the 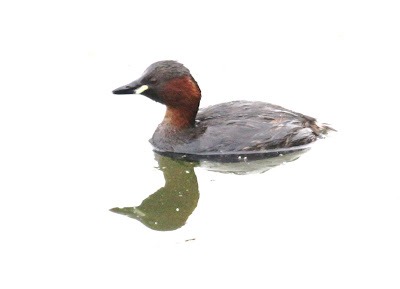 pair of LITTLE GREBEs continue to feed in the margins. Approaching Barleycrates Lane the pull was just too much, so was prepared to forsake the computer for another hour or so to see what could be found. 'Nothing' almost to the West Cliff at which point 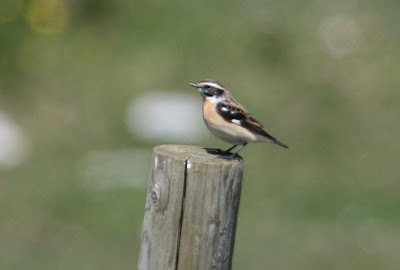 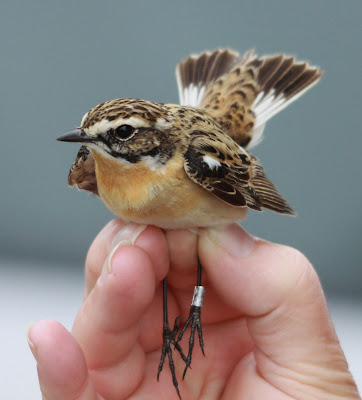 perching on weed stems as they so often do. A 'year tick' and photos from the archive for illustration before 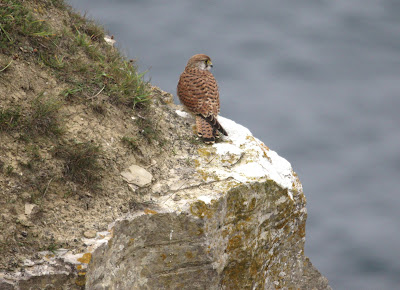 stumbling upon this KESTREL on the cliff face. A kerfuffle a little further along brought to my attention this 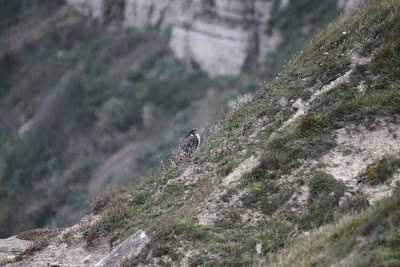 PEREGRINE FALCON also perched on the rocks, which was worth trying for a closer shot. 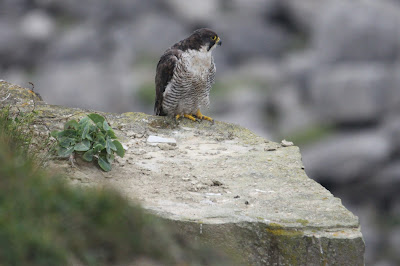 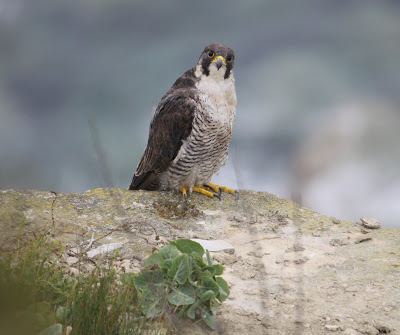 That was considered a great success! 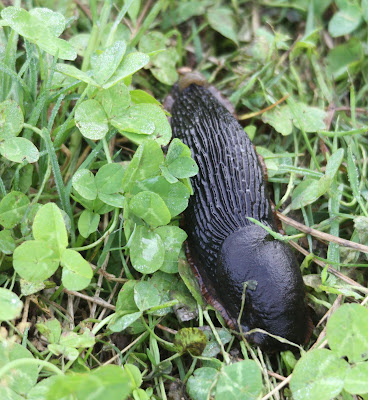 Another day for lots of SLUGs and Snails 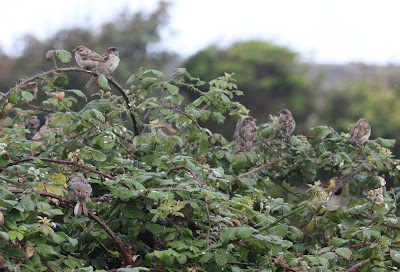 and almost as many HOUSE SPARROWs which now seem to be doing very well on the Island after something of a decline in recent years. The news from Secret was in the main GOOD, but somehow during my little tripping escapade I had managed to burn out the power control unit (if indeed that is what it is called?). A man of great resource, the Lemonade Drinker just happened to have a spare so luckily I am sat here clicking away all things back to normal. As a consequence we decided on a wander around the Top Fields together seeing little more than common fare, so next stop the Bird Observatory where the overnight haul of Moths seemed to have been quite considerable. 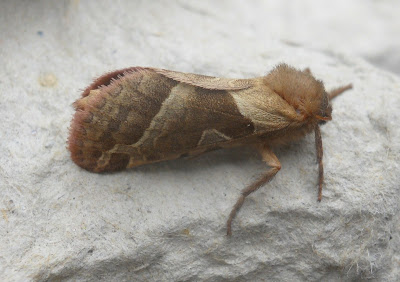 Good numbers of COMMON SWIFT and for comparison 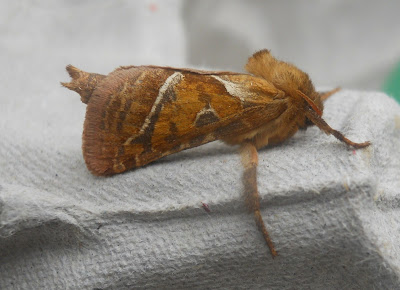 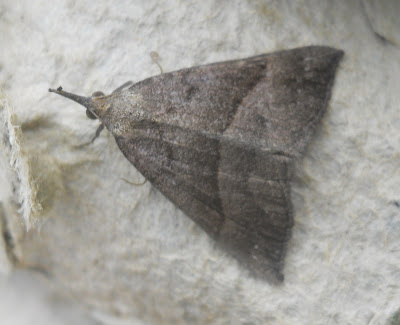 Others included THE SNOUT, 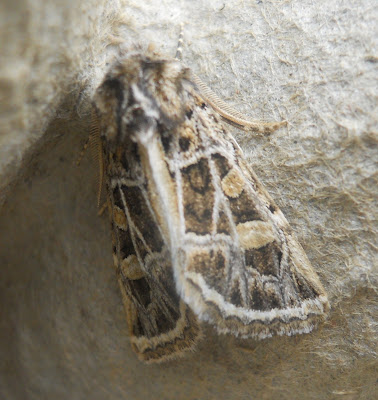 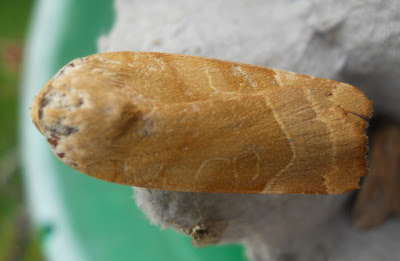 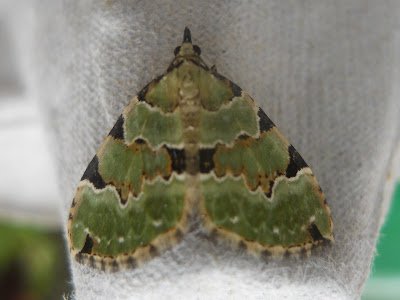 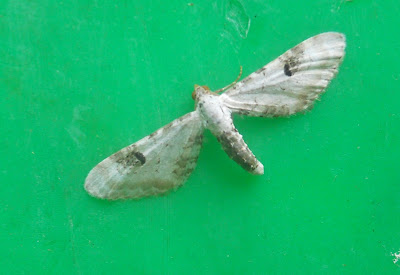 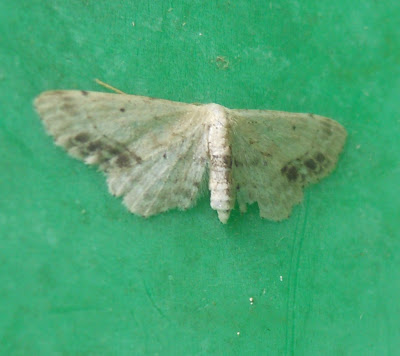 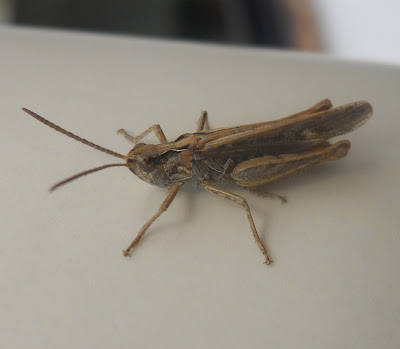 This GRASSHOPPER? forced its way into the picture, landing on my coffee cup, and before leaving 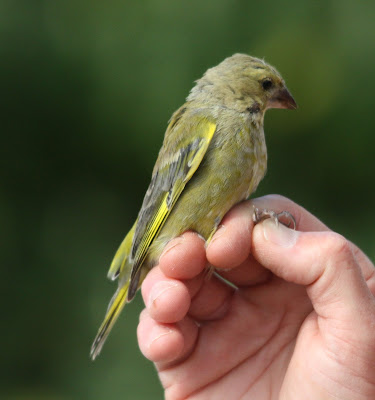 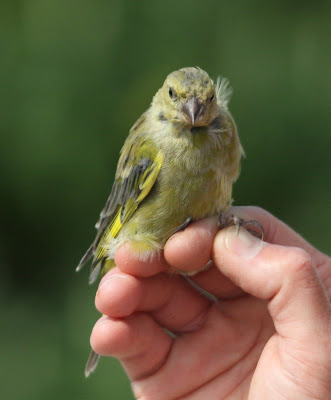 The Warden gave us close up views of a GREENFINCH 'in the hand'. It was now off to the Pulpit Pub but not for a drink. Firstly we needed to check on our mate and landlord Danny Fox who has not been well recently, but is now progressing nicely, and secondly to see what we could make of the report of an Aquatic Warbler in the nearby bushes. 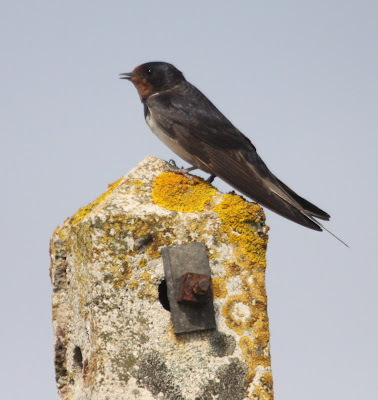 Unfortunately no sighting for us, but one of the many SWALLOWs now leaving for sunnier climes did stop off for a photo shoot. 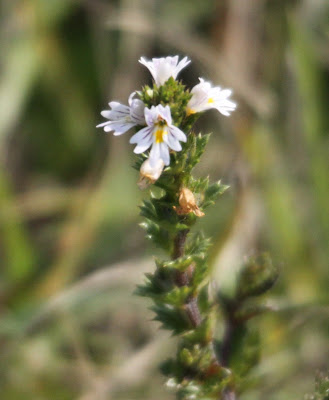 EYE BRIGHT, a plant with a number of medicinal properties, is now abundant and along the way was a pair 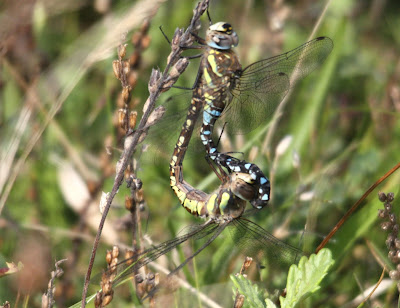 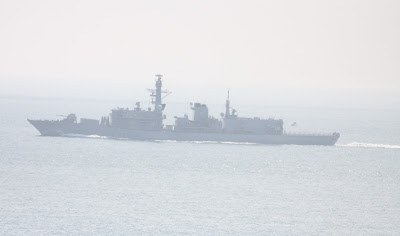 As we walked the Bill Road HMS MONTROSE hove into view and past us by, while back in Top Fields 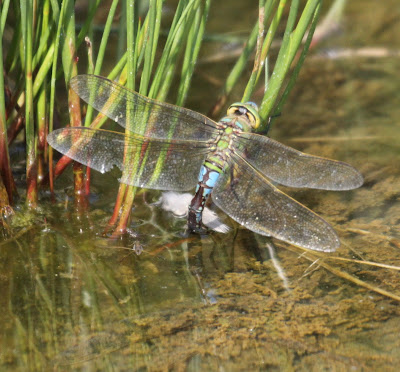 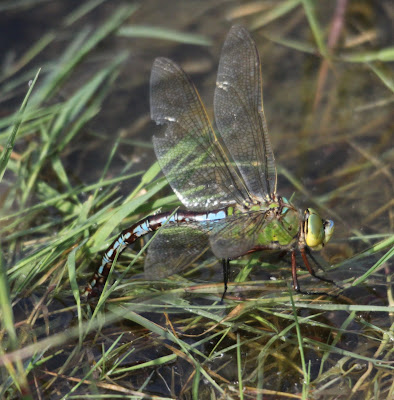 EMPEROR DRAGONFLIES were seen once again ovipositing (laying eggs) in the new pond at Helen's Fields. 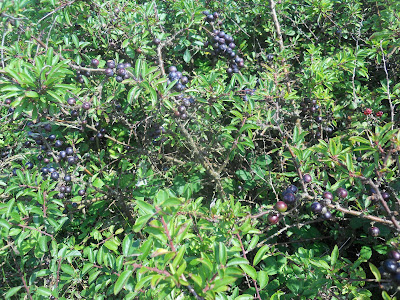 All along the hedgerows the BLACKTHORN Bushes are full of fruit, so maybe a glass of SLOE Gin before too long? 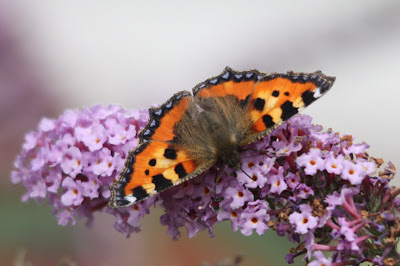 Returning home, the self-set Buddleia Bush in my front garden was hosting a good number of Butterflies including SMALL TORTOISESHELL and 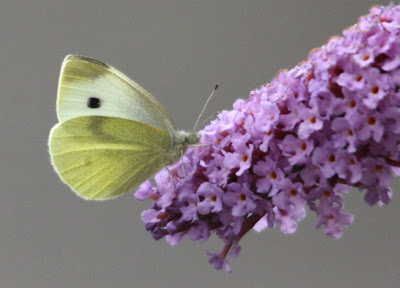