At last I have managed to find a reliable Artexer to refurbish my kitchen and dining room ceilings, so find myself once again 'confined to barracks'. Good luck then that while uploading yesterday's photos I also sorted a few from the next leg of the same trip across the USA with my youngest daughter Lisa. 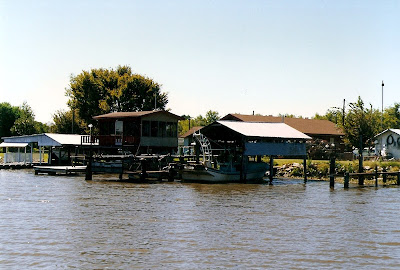 With fond memories of Memphis whirling around our heads we took the Greyhound south through Mississippi, into Louisiana and to the legendary city of 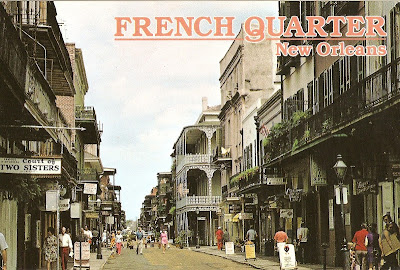 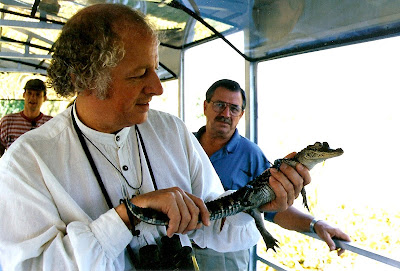 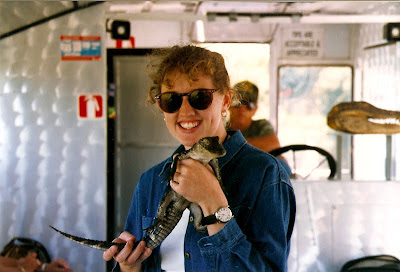 With much to do here we took a trip to their own version of the Everglades where ALLIGATORS, from large to small, were the main attraction. However, most of our time was spent in the French Quarter and almost exclusively on Bourbon Street. 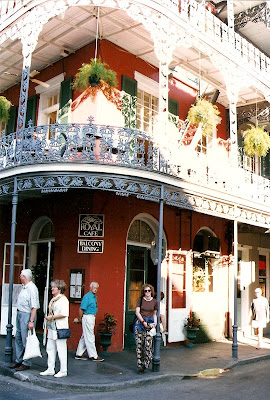 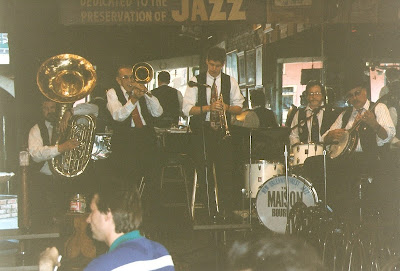 I was all pooped out and when the clock struck four
But she said no daddy can't leave the floor
She wore a clinging dress that fit so tight
She couldn't sit down so we danced all night
The Dixieland rock
Well the Dixieland rock
Let your hair down Sugar, shake it free
And do the Dixieland rock with me
Let your hair dance Sugar, shake it free
And do the Dixieland rock with me
The only city in the whole of the US where it is 'legal' to drink alcohol openly in the street (hence hobos everywhere else with 'brown paper bags') we indulged in the 2 most famous and sort after tipples 'Hurricane' and ' Hand Grenade', with the sign saying "no one has ever drunk 8 and lived to tell the tale". The advice was not to stray into the back-streets, but the sense of well-being here was fantastic along with much revelry and jazz and blues issuing from every doorway - FANTASTIC! 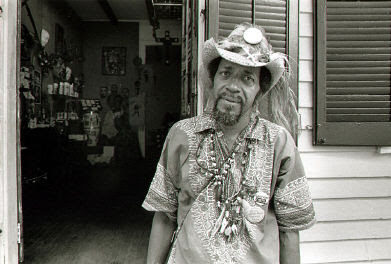 Without doubt the most interesting character we met there was THE CHICKEN MAN who Wiki will describe much more eloquently than I.
Fred Staten, who was born in the mid-thirties, reinvented himself as "Prince Keeyama," a genuine Voodoo Man who later claimed to be the last voodoo nightclub entertainer in the world. Known to everyone as "Chicken Man," Keeyama called his act a religious ritual, an act he had performed since childhood. 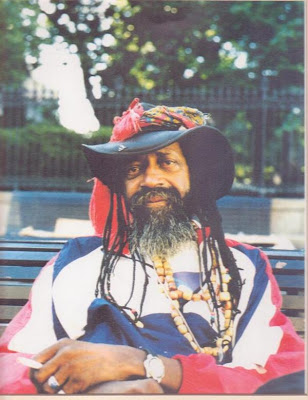 Not many people took Chicken Man seriously as a voodooist, he was more generally thought of as a "showman" and "geek." When interviewed, Keeyama claimed to be a native of Port-au-Prince, Haiti and that his brother was the Haitian Prime Minister, and that they were both raised by Papa Doc Duvalier, although Keeyama had no accent at all. He also boasted of his natural-born power to paralyse a body just by touch. But of all his accomplishments, Chicken Man was the most proud of the audience reaction to his shows during which it was not uncommon for a lady to shriek and faint as he bit the heads off of chickens. As years went on, Prince Keeyama was often found wandering the French Quarter in his voodoo attire selling (in our case 'giving') voodoo dolls and gris-gris bags to passers-by. He once had a shop called "Chicken Man's House of Voodoo" located on Bourbon Street. Fred Staten died in December of 1998.

Our own experience of this fascinating guy was to discover 'very quickly' he was no bum and had no desire to relieve us of our money, telling us about his life and powers being his only want. Having been brought up on the Blues from a very early age, I was determined to find out more about the magic power and good-luck charm known as John the Conqueror Root which features in many Blues and most famously in the McKinley Morganfield (Muddy Waters) composition
Hoochie Coochie Man
I got the black cat bone and I got a mojo tooth
I got the John the Conqueror Root, gonna mess with you
I'm gonna make you girls lead me by my hand
And then the world gonna know I'm a Hoochie Coochie Man
Kneel In Reverence Before Clicking This Link
The 'Prince' advised us that the harvest had been very poor that year but would do his best to obtain some for us and that we should meet back at that spot later in the day. Before that however, he asked each of us if we had a 'silver coin' (suggesting a 1/2$) and took from his big leather bag 2 Voodoo Dolls. Blessing each coin, he tucked them into the bodice of the dolls and handed one to each of us. "These will protect you, bring good luck and help to make your dreams come true" he said before disappearing into the crowd. Two photos from later in the trip certainly seemed to substantiate his claims as 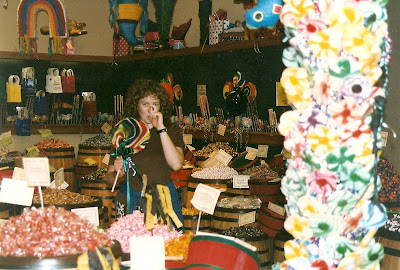 LISA had always wished to be the proverbial 'Kid in a Sweet Shop', and me, enough just to spend one day as 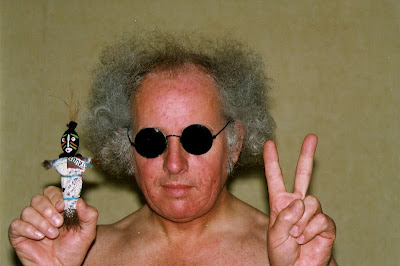 The ceilings are not completed so looks like another day alongside the jetty, so will at least get the final part of the USA trip done - Google Willing????
Posted by Bagsy at 17:51