Continuing our journey across the USA, Lisa and I had left New Orleans, Louisiana far behind and were now in the heart of Bayou Country 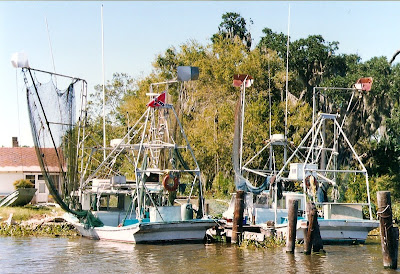 amid mile after mile of CRAWFISH and SHRIMP BOATS. Heading initially for Baton Rouge the State Capital we then turned west through Lafayette and Port Arthur later visiting 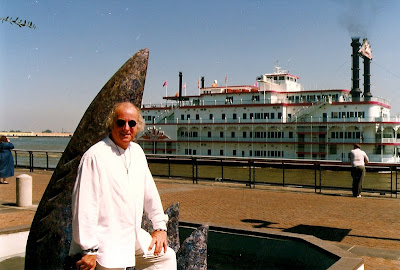 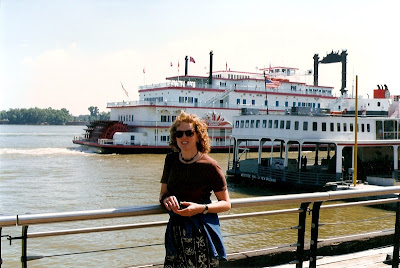 Galveston (oh Galveston), with its flotilla of CASINO RIVERBOATS, Pasadena and and Houston, Texas. 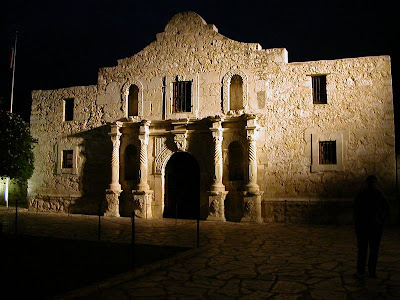 There was only one target as we arrived at SAN ANTONIO and that was The ALAMO which indeed surprised us both. Instead of it being isolated in arid lands, as we had both thought, the city has grown up around it with the fort being just another outskirt. 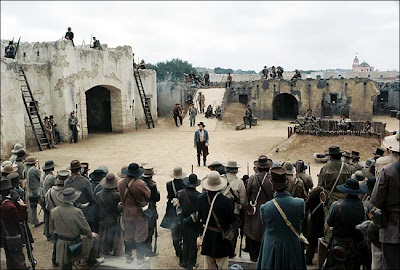 However, this was the most poignant stop so far as our guide started by saying the only sound she wanted to hear was our breathing. Total reverence is demanded and followed as she told us much of the war torn history of success and failure of both Mexican and US armies to hold on to this strategic settlement. 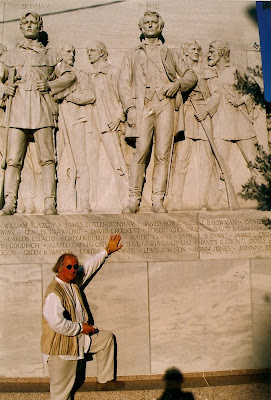 I was most surprised to find how many different nationalities were represented under the banner of what were to become US Forces. Next 'port of call' was
Out in the West Texas town of EL PASO
I fell in love with a Mexican girl.
Night-time would find me in Rosa's cantina;
Music would play and Felina would whirl.
which was springboard for a detour into Mexico. Crossing the RIO GRAND, which due to the current drought was not so 'grand', we journeyed firstly  to 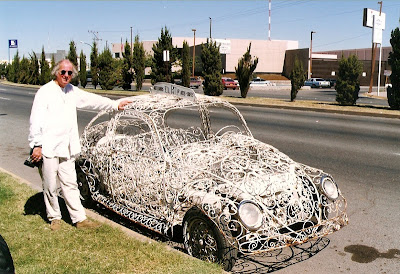 Ciudad Juarez, to take in their slant on the ubiquitous VW BEETLE. As our 'open' Greyhound ticket allowed for travel in the northern part of Mexico, we decided to venture a little further south and ended up 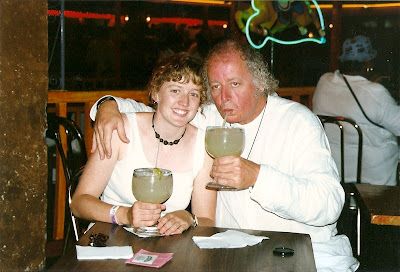 enjoying a few MARGARITAS in Chihuahua. Little more than a couple of days and it was back to New Mexico then Tucson and Phoenix, Arizona. 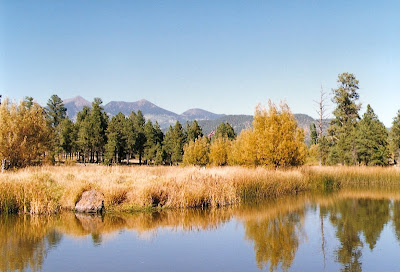 At FLAGSTAFF (the 'sharp-eyed' will be able to see the Flag in this shot) we not only joined 'Route 66' but also found the best starting point for our next intended visit. Before the end of our trip we would also touch on the last 4 towns mention in the lyric of that song.
Well it winds from Chicago to L.A. More than 2000 miles all the way Get your kicks on Route 66
Well goes from St. Louie down to Missouri Oklahoma City looks oh so pretty You'll see Amarillo and Gallup, New Mexico Flagstaff, Arizona don't forget Winona Kingman, Barstow, San Bernadino 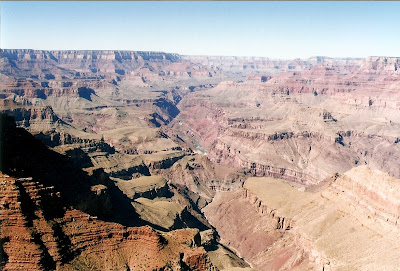 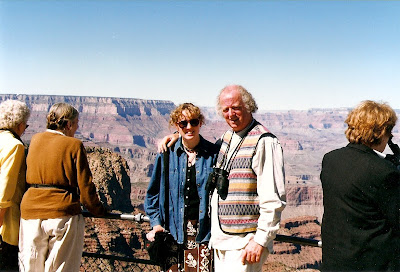 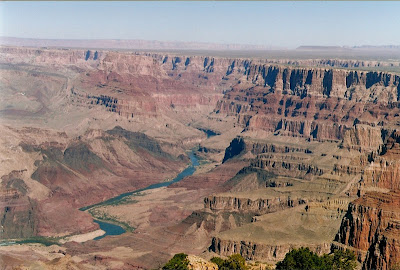 with views of the COLORADO RIVER and a few 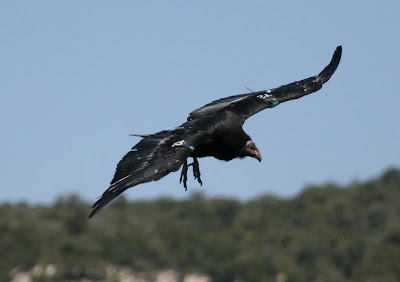 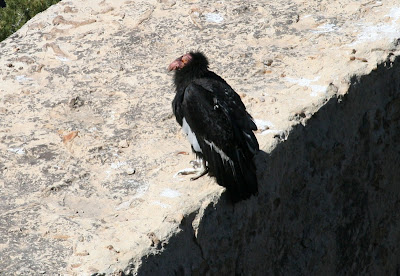 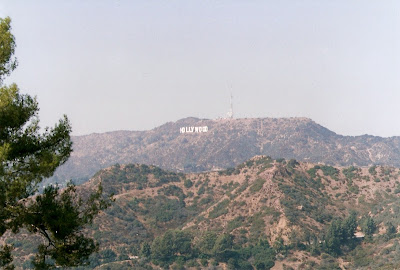 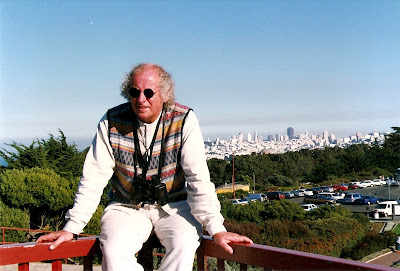 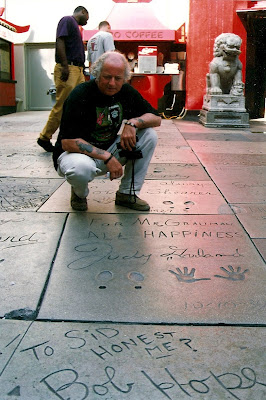 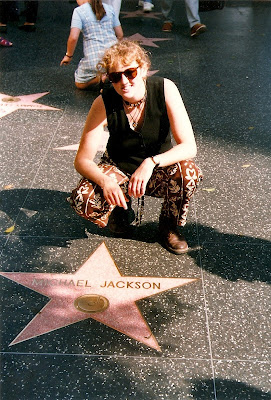 The HOLLYWOOD WALK OF FAME in Los Angeles consists of more than 2,400 five-pointed terrazzo (epoxy resin) and brass stars embedded in the sidewalks along fifteen blocks of Hollywood Boulevard and three blocks of Vine Street. The stars are permanent public monuments to achievement in the entertainment industry, bearing the names of a mix of actors, musicians, directors, producers, musical and theatrical groups, fictional characters, and others. The Walk of Fame is administered by the Hollywood Chamber of Commerce and maintained by the self-financing Hollywood Historic Trust. It is a popular tourist destination, with a reported 10 million visitors in 2003. 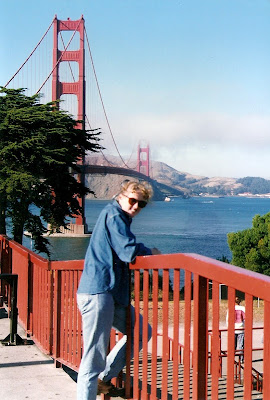 The GOLDEN GATE BRIDGE was the 'end of the line' for me, while Lisa had plans to continue onwards to Seattle and parts of Canada, but what a finale! We walked the bridge from end to end, crossing the 'Golden Gate' which is the opening of San Francisco Bay into the Pacific Ocean with the city of San Francisco and Alcatraz Prison as a backdrop. 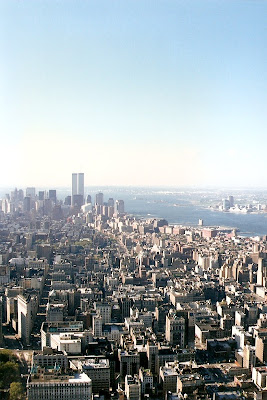 Finally, we have received a comparison photograph from Paul Harris who was in the Big Apple a couple of years ago. This early 90's shot of Lower Manhattan, published on the Wednesday post, shows the Twin Towers of the World Trade Centre, 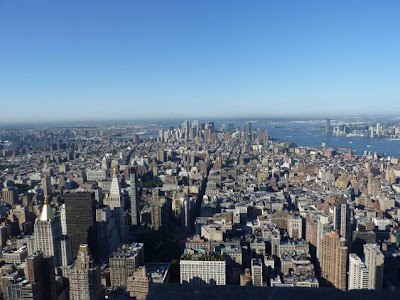 while Paul's was taken post 9/11. Both were taken from the top of the Empire State Building.
Posted by Bagsy at 17:38