It is rare that I talk of television, but last night was a huge exception to the rule! The licence fee for just that one night would have been a bonus so on that proviso the rest of the years viewing must be free? Having watched most of the Paralympics with great enjoyment, the last performances in 'track and field' were an excellent introduction to the final events today, GOLD and SILVER how's that for an ending. 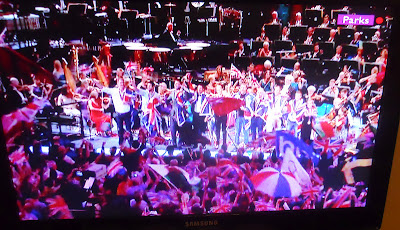 Simply flicking the channels before bed I happened on the Last Night of the Proms and what a sensation that was. In addition to the usual patriotic finale there was a visit from some Team GB's Medal Winners, and as if that were not enough 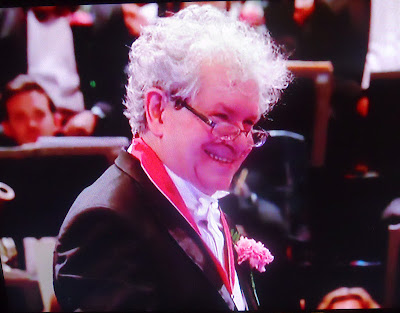 Oh! England, my Lionheart!
Peter Pan steals the kids in Kensington Park.
You read me Shakespeare on the rolling Thames
That old river poet that never, ever ends.
Our thumping hearts hold the ravens in,
And keep the tower from tumbling.
Oh England My Lionheart
Today, as yesterday, was sunny with hardly a breath of wind but all too short lived while on the wildlife front things were either nonexistent, elusive or distant. The tidal sand at Ferry Bridge held good numbers of Waders but all of a common variety such as Dunlin, Ringed Plover, Oystercatcher, c11 Turnstone and a single Sanderling but no sign of yesterday's Avocet - ever onward. 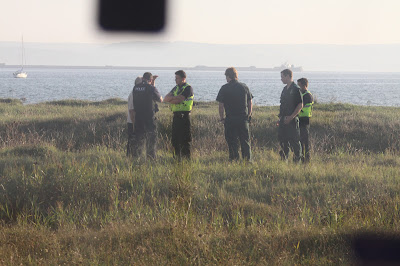 There was an incident along the Beach Road involving 3 ambulances and 2 police cars along with these officers at the harbour-side, but nothing else known. 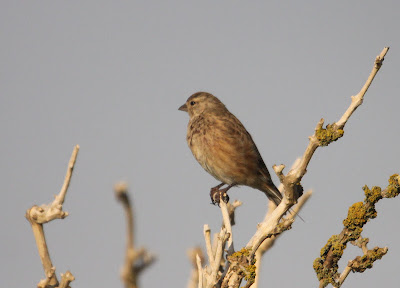 Barleycrates was a dead loss except for meeting fellow 'birder' Graham Bright for the third day on the trot, this LINNET and by then I had started counting Carrion Crows - 22, 23, 24 Yawwwwnnnn! 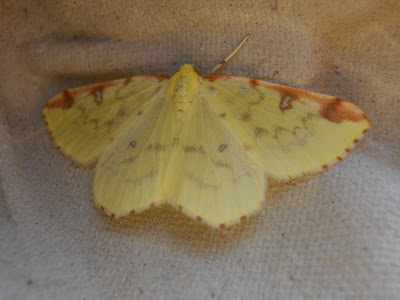 Always a great treat to look in the Observatory Moth Traps, but here too things were scant with this BRIMSTONE MOTH bringing just a little colour. 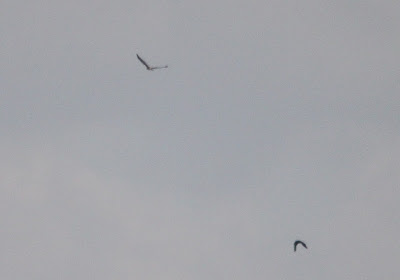 A spark of excitement as a report from close by had the few of us gathered on the patio racing (strolling) for the main gate to view a distant 'ring-tailed' Harrier (above) being mobbed by Crows (singular below) as it quickly headed north. General consensus from those who see a lot better than I suggest a Montagu's Harrier, so let's hope the photograph bring a positive conclusion. Wryneck was next to be uncovered by the visiting Welsh contingent, and while I did have 3 stabs at trying to see it all were without success - again ever onward. 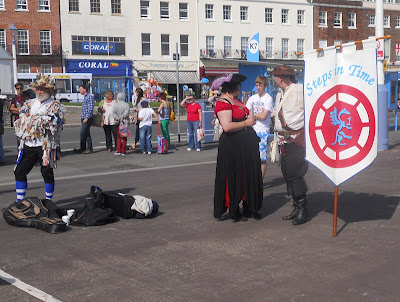 It would be a sad weekend indeed should Weymouth not throw up a little 'goody' or two, with today's offerings coming from 16 music and dance groups from all over the county. 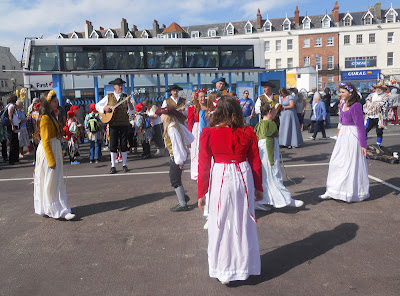 STEPS IN TIME perform music and dance of a traditional English/Dorset genre, stretching from Medieval to Regency and Mummers to Maypole. For more visit http://www.stepsintime.org.uk/ 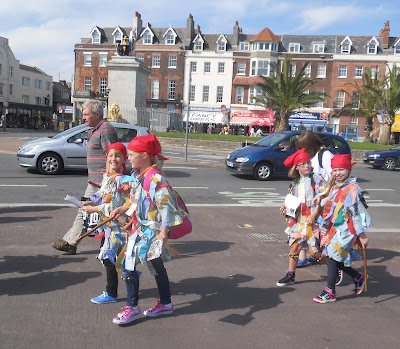 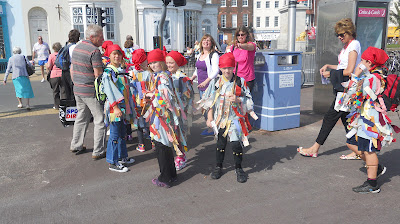 Unfortunately, I was about 10 minutes too late to see the performance by the group WYKE SMUGGLERS, but the team were more than happy to pose for a couple of shots on their way home. That made me HAPPY too!
What Weymouth Has to Offer - Worth a Look
Posted by Bagsy at 17:45