It's Over - Roy Orbison

I could have fielded 100 bands rather than Coldplay to close the Paralympic Games, so good job I wasn't running the show as those lads, along with the ParaOrchestra, played their hearts out. The element of 'flame' was also a poignant one as the 2 words, GREAT BRITAIN, reverberated around the world as my own experiences, meeting dozens of people from foreign lands during these last few weeks, also endorse. They LOVE our eccentricity! 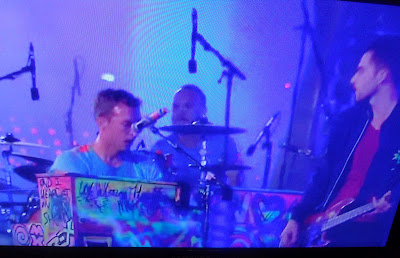 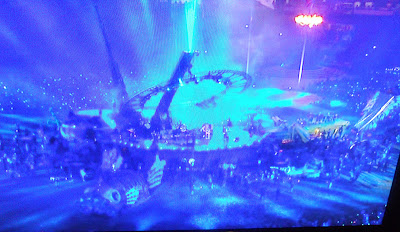 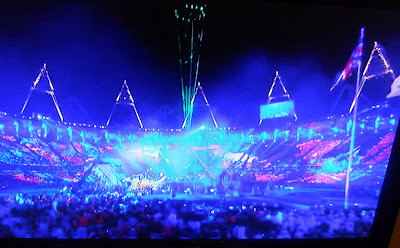 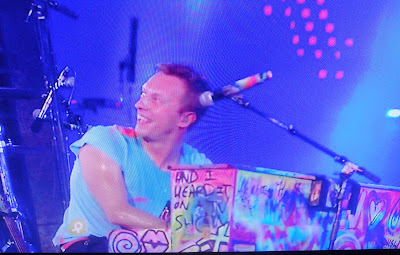 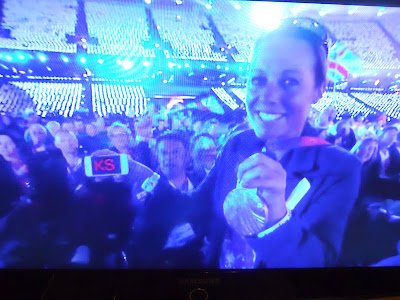 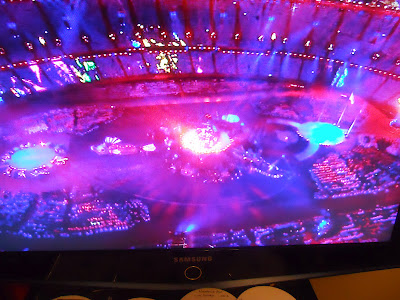 For me this has shown what a 'formidable force' GB really is, and likely left Rio De Janeiro with a rather large headache. 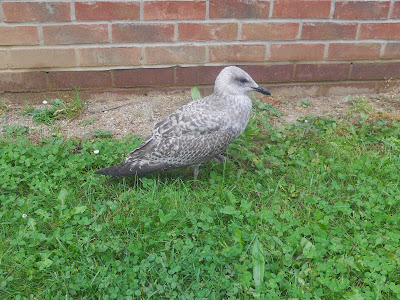 On a morning when rain seemed inevitable, this young HERRING GULL was first on the scene, which at first was thought to be injured but on closer inspection proved to be OK. In town, most of the Olympic paraphernalia has already been removed while an early visit to Ferry Bridge almost didn't get off the ground as the bus stop was thronged by about 50 school children, but the arrival of a double-decker soon has us all on our way. 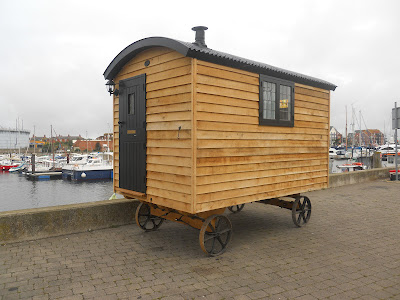 Across the road, in something of a strange place for it to be, stood this Blackdown Shepherd's Hut which stimulated ideas for my future life, but a little small I fancy? 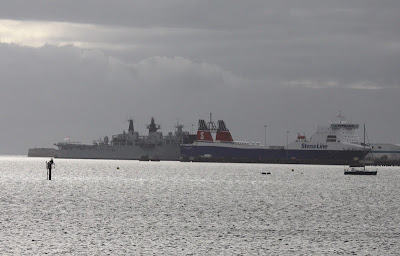 Like the bunting and flagpoles in town, this may also be the last we see of HMS BULWARK which along with all the other services has kept us all safe during this fantastic time for PORTLAND and Weymouth. 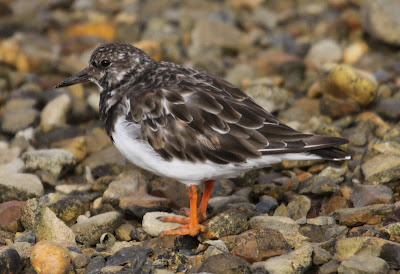 A carbon copy of yesterday's findings as far as bird-life goes, so just a couple of shots of the rapidly changing plumages of TURNSTONEs there. Almost full WINTER. 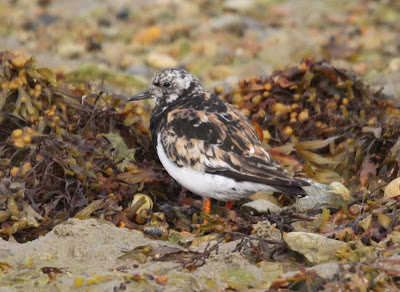 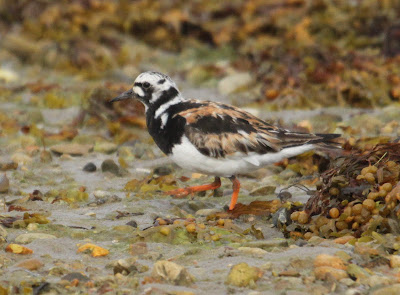 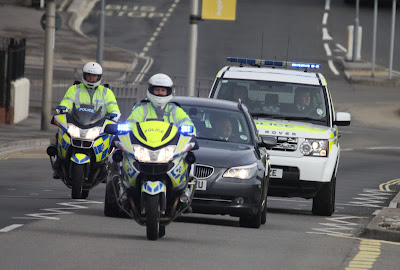 Blaring sirens, flashing lights, Police motorcycle outriders and flashy BMW had to herald the arrival of someone important, but enough about ME! 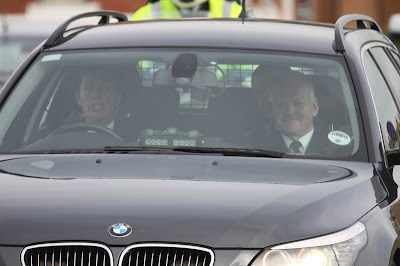 Does anyone recognise the Gadgie in the Beema? Having met up with the Secret Lemonade Drinker for a walk from Sweethill to the Bill, the dark clouds were gathering and by the time we reached Helen's Field we were a little damp. Seeking shelter in the new Tractor Shed we finally arrived at the Observatory like a couple of drowned Rats. A cup of coffee soon puts most things to right 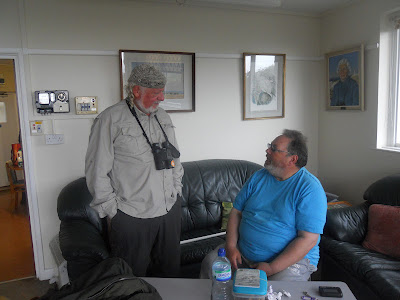 and then there before us was our old mate KRIS DUTHERIDGE from Barnsley, Yorkshire. He reminded me that the last time we had met was on the occasion of me finding this 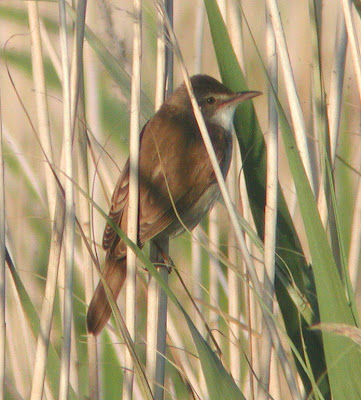 GREAT REED WARBLER, © Martin Cade, in May 2002 (where did that decade go?) and just to put the icing on the cake, before we left for home, a party of 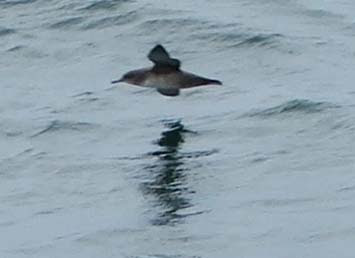 c8 BALEARIC SHEARWATERs (archive) passed out to sea, a 'first' sighting for Secret.
I have to admit to getting great joy from the Stat Counter knowing that all you LOVELY PEOPLE are tuning in to these Daily Reports, so what a feeling to see the total steam past the ONE HUNDRED THOUSAND mark this morning!
I WILL TAKE THE OPPORTUNITY TO ASK EACH OF YOU TO PASS THE LINK ON TO ALL OF YOUR FRIENDS AND FAMILY TO HELP IN THE PURSUIT OF THE NEXT MILESTONE.
THANK YOU!
Your Log Size of 200,500 has 100,148 entries.
Posted by Bagsy at 17:53