The first of the month was a day for prioritising, would it be the Dogs, Chickens, Bird Feeders or the Mandarins, with a 'formality' October Tick in prospect, No Contest! How long have I been doing this? What does a 'guarenteed bird look like? Needless to say not a sign of either of the Ducks despite repeated return visits to the pond. With the afore mentioned fed and watered, surely there would be a new Moth in the trap for the property, after all the list only amounts to 5 species so the chances were good. 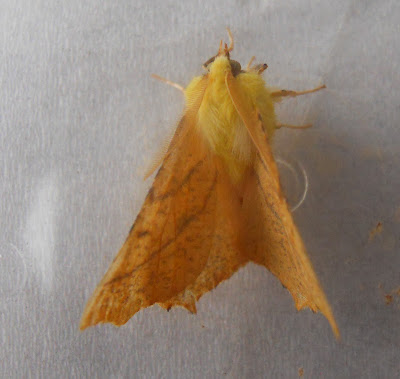 Before even opening the trap, there perched on the wall was one of my absolute favourites of the Insect world a 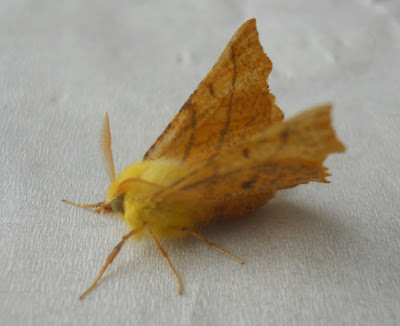 CANARY-SHOULDERED THORN, what a beauty! 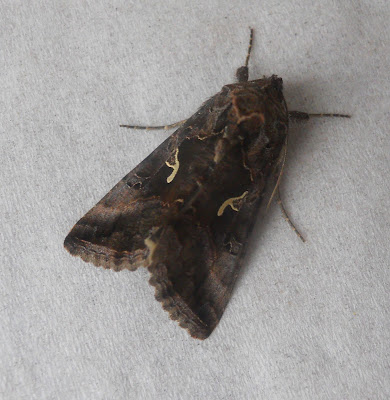 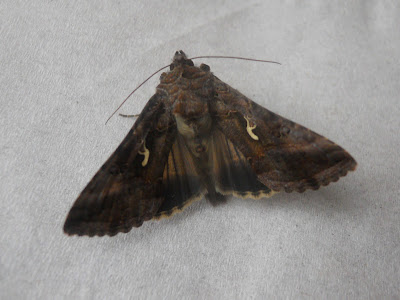 but as a 'newcomer' most welcome. In addition among the c7 specimens this morning was Lesser Yellow Underwing, but identification may now get tricky as I have left the Field Guide at home.
Pis-cipitating down all morning there was little chance of any wild-lifing save frequent visits to the pond, so just as well there was plenty to do via the business diary. All of this has left little option but to re-visit the archive, and on the subject of Ducks (there's still a chance, it ain't dark yet) here are a selection from around the world some of which have graced our shores. 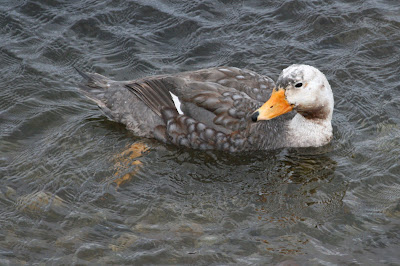 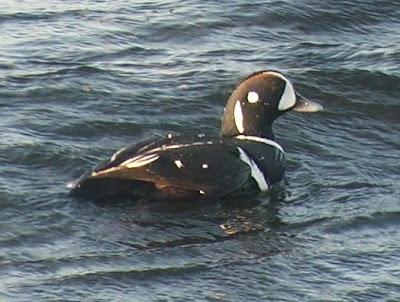 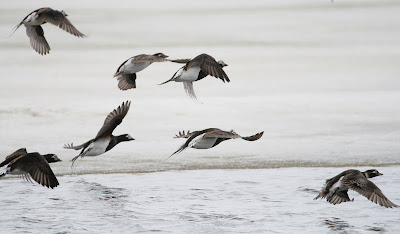 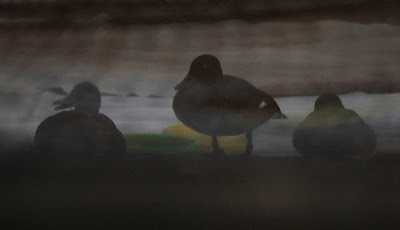 MADAGASCAR POCHARD, close to extinction but gathering progress in captive breeding. I believe I read somewhere that c29 birds were released to the wild last year. 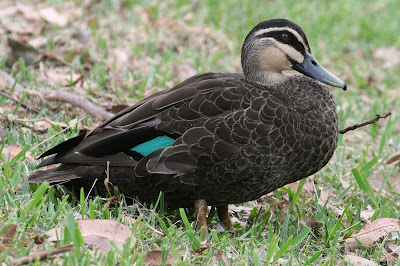 PACIFIC BLACK DUCK - Australia and not recorded in GB. 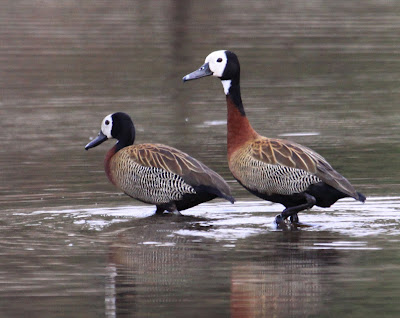 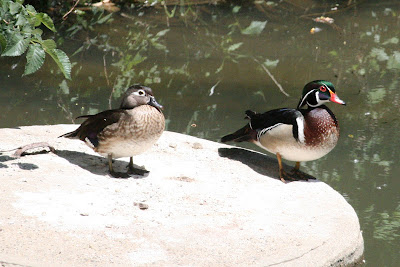 CAROLINA WOOD DUCK, despite numerous records the British Birds Rarity Committee have not yet accepted this 'in a truly wild state' to the GB List. 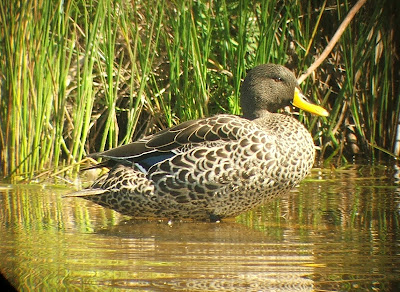 ﻿
PEKING DUCK - in a Chinese Restaurant near you now! From Paul Harris, who has just spent the week-end in London, come these 2 new Banksy art-works. 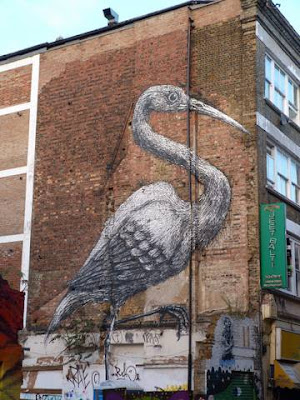 ﻿
Paul tells me they are both on view in Shoreditch and as they are almost the size of the buildings they are depicted on, are difficult to overlook. Thanks Bomber!

Another satisfactory month on the Stat Counter saw the USA broach the 8,000 mark and Estonia join the ranks of 4 figures. Slovakia, Croatia and Chile still struggle to reach the 'ton', while due to the efforts of our friend Syenny Lee the readership in Taiwan has increased by 30. No new country appeared on the radar during the month, no surprisingly as the total currently stands at 173, but we continue to live in hope.
It would be greatly appreciated if all readers could pass on the link to Friends and Family - Thank You!
﻿
﻿
﻿
Posted by Bagsy at 17:51