One of These (Those) Days - Pink Floyd

Not a caravan or airport parker in the dairy, or in sight for that matter , an overcast sky, light breeze and no forecast of rain all was set fair for a few hours 'birding'. Mrs Dampney (senior) had asked if she could leave her dog Cresta at Harbins while she attended a charity do, so I was tied until 08:00, after which it would be all systems go? Unfortunately, overnight the dogs had made a bit of a mess but when you are Lord of the Manor all of that is covered by the job description, so after 'clean ship' it was off to the coup. There, the sickly chook of last night was seen to be moribund so the only humane course of action was to put it down, which I duly did! However, not to spoil the Dampney's holiday there is a cunning plan. First of all I won't tell them (yes they will read this) then it's to Tescos to buy a 'dozen large' each of which will be marked with the appropriate date so production won't be seen to drop and they won't know the difference. 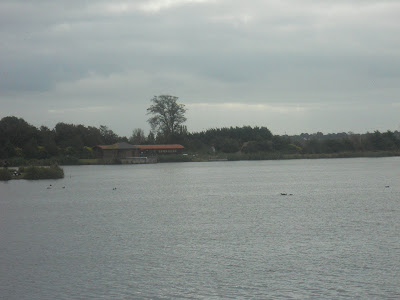 Finally, after filling all the bird feeders (an evolution in its self) I arrived at LONGHAM LAKES at 10:30. Even at a first glance there seemed to be little change, but this is a lovely spot to wander around regardless. Almost the first bird was a Peregrine with Tufted Duck, 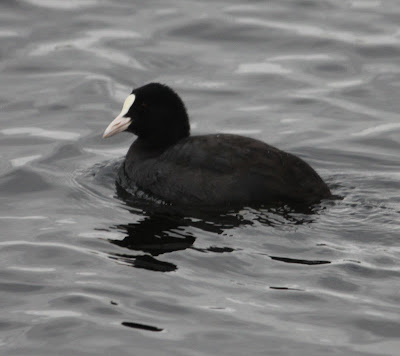 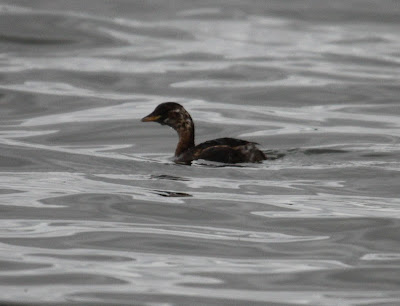 Great Crested and LITTLE GREBE following in quick succession. Robins still abound but in seemingly reduced numbers, a Raven was perched on a pylon noisily trying to deter the attacks of Carrion Crows and a Wren was singing in the nearby bushes. 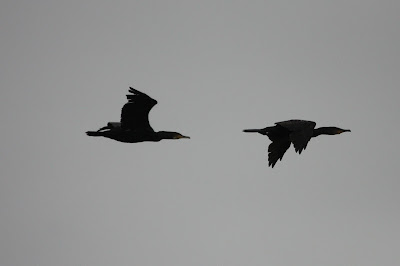 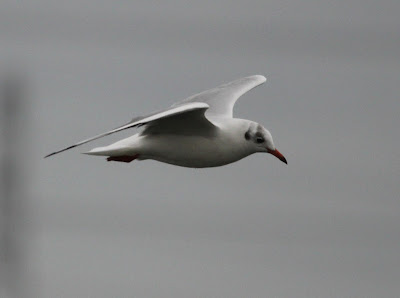 as 100+ BLACK-HEADED GULL accompanied by at least c2 Mediterranean Gulls (a new bird for me at this site) flew in to bathe. The rest of the list consisted, among others, of Reed Warbler, Kingfisher, Lapwing, Great, Blue and Long-tailed Tit, Green and Great Spotted Woodpecker, Jay, Reed Bunting, Cetti's Warbler plus Blackbird and Blackcap but it was soon time to return to check the ranch! 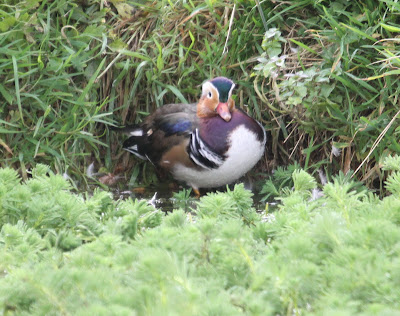 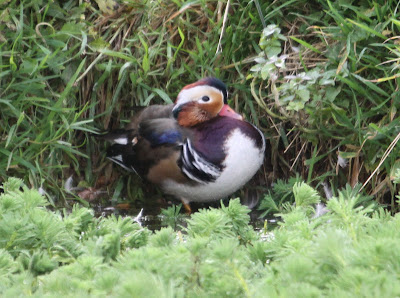 Entering the property, the MANDARIN of recent days was stood prominent on the far bank of the Parley Pond but what was stood beside it was of even more interest.
﻿
﻿
﻿
﻿
﻿ 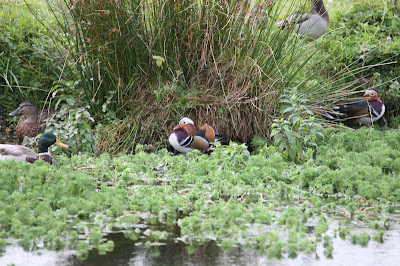 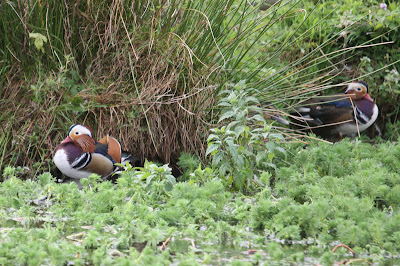 Another male MANDARIN but this one an adult in 'full' plumage. 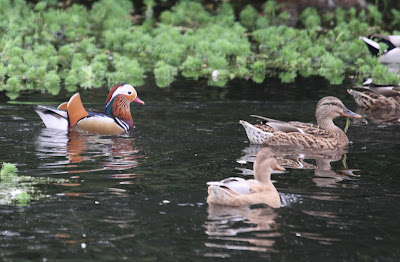 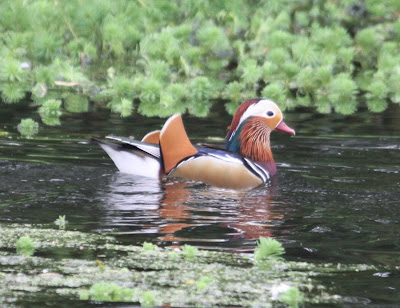 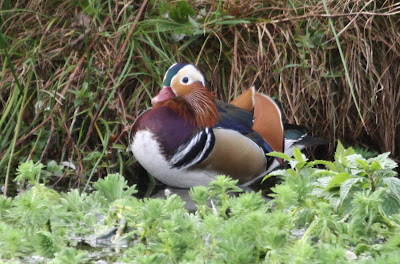 ﻿
It may be remembered that the sighting of the original Duck was a first September record in Dorset, as it will be for October should one, or both, stay put.
Highlight of the day was undoubtedly dinner, of the Traditional Farmhouse type, at the home of John and Joyce Wicken the parents of Janet. Before the meal 80 years old John had driven in 50 fence posts, while after he set about mowing about an acre of lawn, and they say these 'youngsters' have no 'get-up and go'? 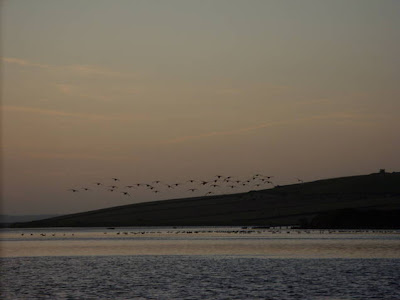 While further west in the county, reports are reaching me via ex-shipmate Paul Knapp that the Brent Geese numbers are now rapidly increasing on The Fleet. 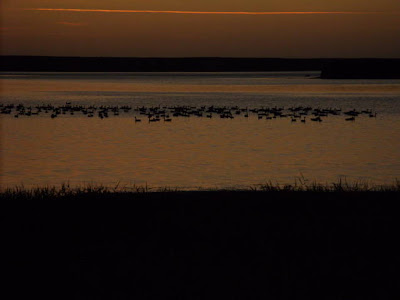 His visit there at dusk yesterday produced these images of birds going to roost - Thanks Paul! and finally to end Black Sunday, driving home there was something of a shudder about the Range Rover and arrived to find a flat tyre. The up-side to this is the estates 'Jack of All Trades' who, Adrian', was soon on the scene and getting things fixed - THANKS to him also!
My friend John Gifford did warn me that being the Lord of the Manor wouldn't all plain sailing!﻿
﻿
﻿
Posted by Bagsy at 17:47