In truth, I have never cared for the cut of Peter Saunders jib, an arrogant individual, 'font of all knowledge' who seems to think there should only be one voice in any conversation. On the other hand, his lady wife Debbie is mild mannered, charming and probably, and equally, the most well versed female 'wildlifer' I know. However, for the sake of 'peace on earth' I always meet them with a respect and have, over the years they have lived in the borough, frequently notified them of any bird sightings that come my way. So, it was always inevitable that sooner or later, after the debacle of the 'rare Warbler' in their garden a week ago, that we would eventually meet up. 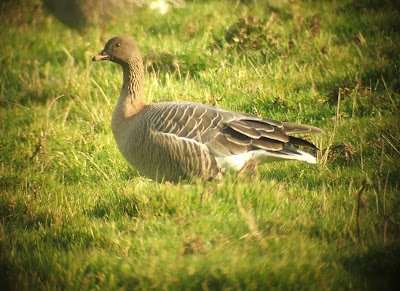 It was a filthy start to the day with a high wind driving heavy rain against the windows, so I awarded myself a Guard and Steerage (an official lie in) which was preferable to being branded 'Slack Hammock' (lazy git). Hardly had the Nescafé settled in the bilges before a text alerted me to a PINK-FOOTED GOOSE at Ferrybridge, unbelievably just 11 days after sighting the Purple Heron at Radipole (up until then my Dorset Bogey Bird) than it's replacement on that list as the next Bogey, suddenly becomes a prospect. Clutching bus pass and bins in my mitt I arrived at the bridge at the same time as a thunderous 'front' shed its load and began a very damp search for the Grey Goose among about 1,000 Brents. Reaching the lee of the Visitor's Centre, I felt sure I could see it on the left flank of the huge gaggle which was quickly confirmed by JW, who appeared from nowhere, erected his 'scope, picked up the bird and gave me a prolonged look. That's when Saunders arrived.
I had seen his approach, so I for one was not caught on the back foot, but clad in my hood, against the elements, he was unaware that it was me. Now, I am going to be extremely careful with my words from here, not wishing to distort the 'one sided conversation' in any way and for the sake of brevity, stick just to the salient bits! He began by saying "I want to tell you the TRUTH (emphasised) about what happened last Monday", so believe you me I was all ears. He told me that when the bird was found, he and his wife knew that it was something 'rare' and immediately decided that they were not going to encourage a 'cast of thousands' so would only invite a 'select few'. His reasoning was, not to bring about the situation of the crowds that gathered following the discovery of a Collared Flycatcher in late April 2009. As an aside, and without interrupting him, I visited that bird every day it was present and didn't witness, or hear of any misbehaviour at all save a 'third part' account of a 100 year old lady who was purported to have said "why don't you lot f**k off and leave us alone". Everyone who had been invited was sworn to secrecy, before entering the property, as a small number of people gathered in the garden, where a little later he attracted the attention of those present and said "where's Paul Baker"? This was met, he went on to say, by "TOTAL SILENCE"! Flabbergasted, I did break my own silence to ask why he thought that was? "Because your HATED in the Birding Community" he replied. Now, it would be naive indeed for anyone to think that they know all their enemies, but with such characters as Ricky Lambert, Ken Parker, Hugo Wood-Homer, Dave Tissington, Martin Cade et al in situ, it would be impossible for me to believe that any such announcement was ever made. Nonetheless, he did say that he thought I was 'away', despite me having reported a Wood Warbler to him personally during the preceding couple of weeks and having seen me in a neighbours garden even later than that. Not withstanding this and given the magnitude of the bird surely a text, just in case, might have been a better idea? It was felt that he was now taking on an air of desperation, which was adequately endorsed when he brought up the subject of the Red-necked Stint and my failure to either positively identify it or report it to the community. That is documented elsewhere on this Blog, but I did interject to observe that I was now in excellent company as everyone, with the exception of Brett Spence, left that garden believing the bird to be a Eastern Crowned Warbler. Having kept my own council for long enough listening to this 'waffle', I was getting thoroughly P'ed off. Eventually, he asked what I had to say about the situation my answer being, from what I had heard thus far, "NOTHING". He then said something incoherent about an 'agreement', offered me his hand, which I declined and I departed telling him that I would always meet him and Debbie with politeness but little more than that. I did also issue an unequivocal and sincere apology for the 'cut-throat' gesture I made towards him the day after the Warbler was sighted.
In addition to all of this, there was also a snippet regarding Debbie making, what was described to me as a 'frantic' telephone call to Cornwall where Dorchester 'birder' John Down was on holiday and had (without their blessing) already received the news of the bird, in an attempt to maintain the Ring of Secrecy. Bearing in mind the 'oath to silence', it is now known that 2 people (Brett and John) had been informed by someone other than the Saunders' - a MOLE, now I'm sure there are a few who'd like to know who that might be, not least the Saunders' and Me! 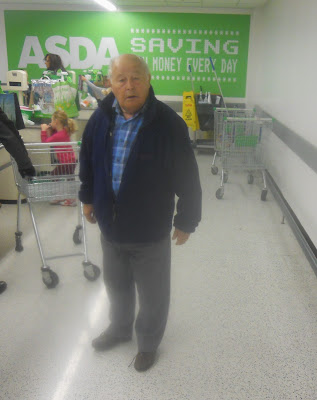 It made my short visit to Asda on the way home a much more pleasant affair when I met LES BLAKE, a work colleague who I have not seen in an age. Don't seem to have changed a bit 'Blakie' and 86, hard to believe. Best Wishes Shipmate.
and just to close on a cheery note a final few cartoons from Willie Downes. 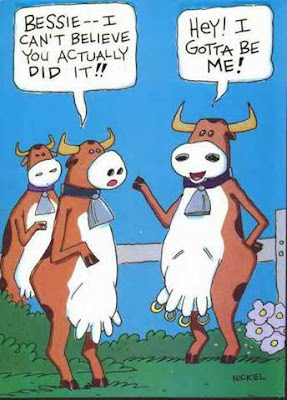 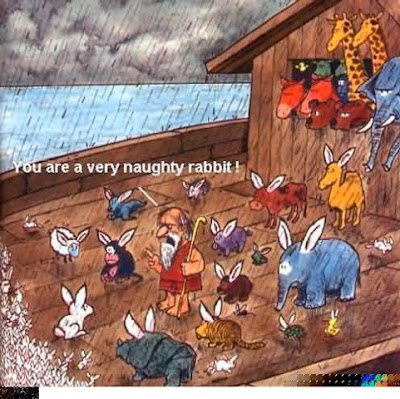 Apologies to Portlanders, I had no idea how to block the 'last word' out! 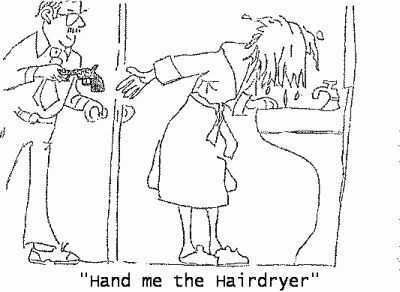 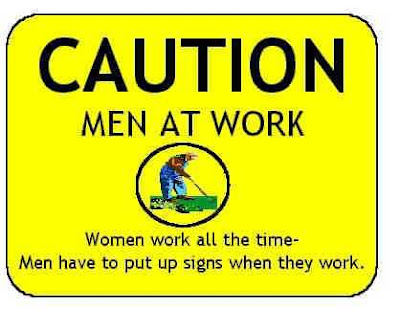 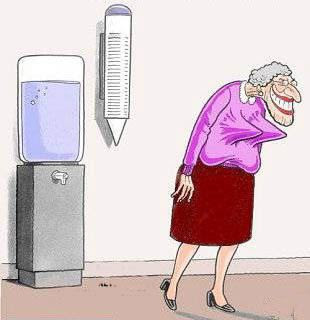