A complete contrast to the weather today as bright sunshine replaced yesterday's rain, the wind dropped to next to nothing leaving an almost hot feel to the day. Good job then that I put on fleece, shirt jacket and Arab scarf - Pheeew! Next to nothing in the cemetery, not even the Jays, while at Radipole things were similar except for a small party of Bearded Tits calling away as they flew close in front of me, several singing Cetti's Warblers along with 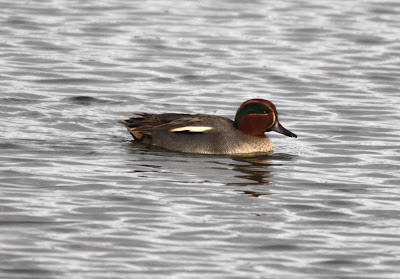 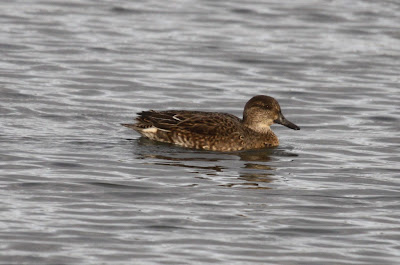 female TEAL close enough to photograph. Another look at the Pink-footed Goose of yesterday was worth the bus ride to Ferry Bridge, but on arrival I was intercepted by Graham Bright who informed me of a 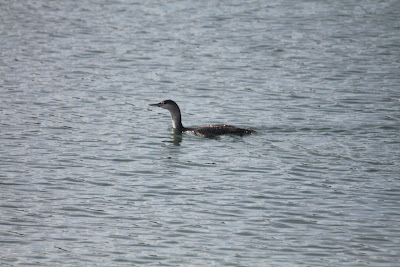 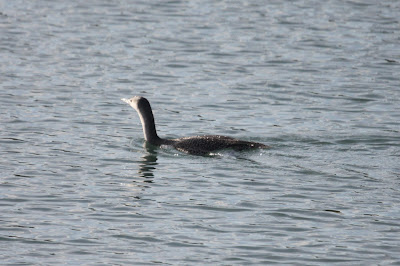 just along the Rodwell Trail and close inshore of Portland Harbour. 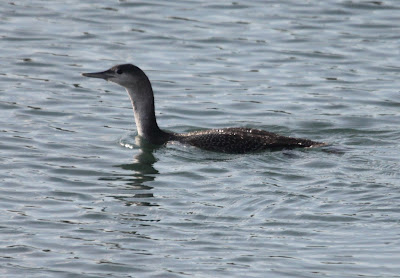 Soon located, it was a bit further out than first described but feeding in short dives it was always going to be worth spending a little time to see it a little closer. 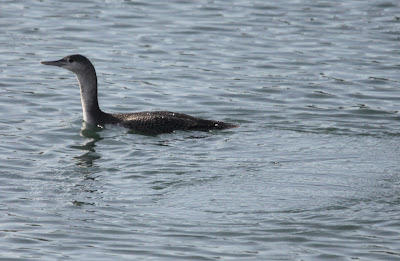 Patience paid off and while it was never 'point blank' some great views were had of a bird more often seen mid-harbour. 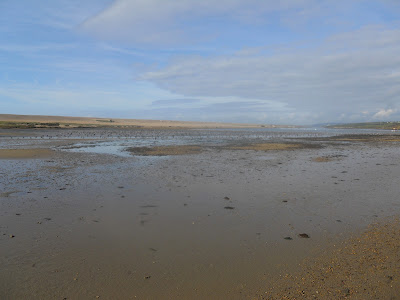 Back across Beach Road there was once a good gathering of Brent Geese, but Graham had reported that he hadn't seen the Pink-foot. 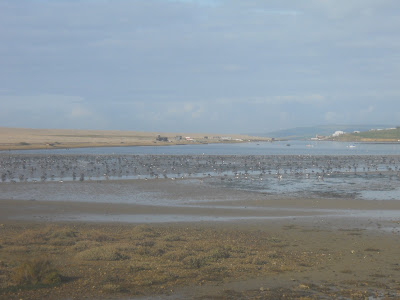 Settling down at the nearest point to them a Black Brant plus c6 Pale-bellied Brent were seen along with c7 Bar-tailed Godwit and a Little Egret. 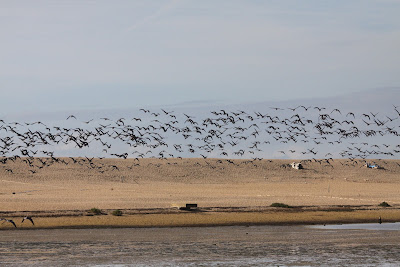 Then suddenly everything was put to flight, 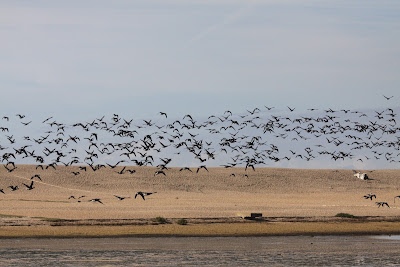 making for a spectacular sight, but what had spooked them. 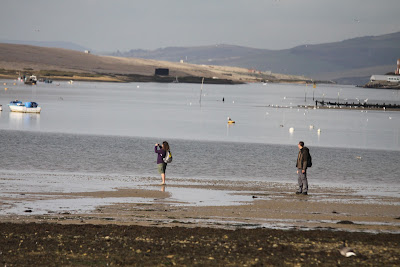 It didn't take long to find out as these 2 people wandered across the sand flats in the direction of the birds. I like to think that they were just enjoying a day out, totally oblivious to the Geese, until they took to the wing and meant nothing by it. 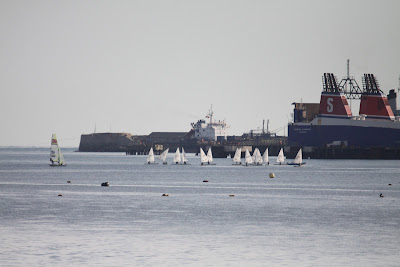 On the way back I was able to witness once again the legacy Portland has gained from the Olympic Games, these white sailed yachts being just a small part of the fleet of about 100 out there this morning.
Posted by Bagsy at 16:47