I Like It That Way - Brian 'Poole' & the Tremeloes

Watching the giant Ash Tree swaying in what Beaufort would consider a force 8 to 9 gale from the comfort of my bunk, first thoughts were "is it worth getting up anyway"? It's always worth it and despite yesterday's dearth of anything 'wild', let alone birds, I sprang out of bed like a Thompson's Gazelle at the crack of 11:30 (only joking on both counts). A decent start to the day as I let out the Chickens and feeding them at the same time, to see a 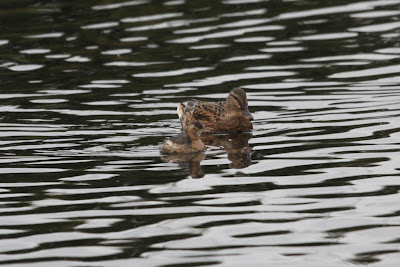 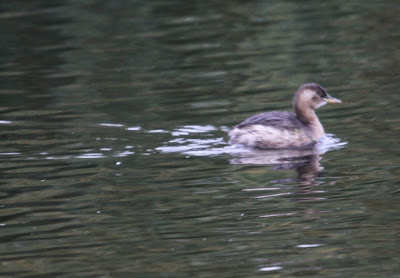 a species I have not seen there before but once again no Mandarin. With all the animals fed and those that need it 'excersised it was time to attend to the moth trap, maybe for the 'last time' the way things are going. Only 4 insects were photographed from the haul yesterday and anotated as The Shark and Wormwood Shark (both new to the farm). In fact they were ALL the 'same' species Blair's Shoulder-knot with the appropriate ammendment being made and ditto 'thanks' to Paul Harris for putting me right. This Moth malarky is not coming back to me at all as I thought it might, but feel I'm a little to long in the tooth to become a 'quitter' now - Ever Onward! 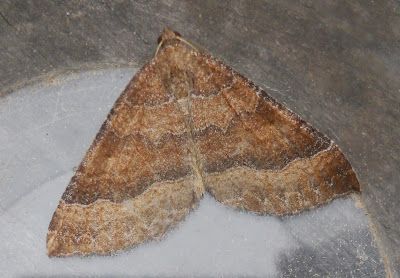 Apart from a most interesting Hoverfly, that escaped just befor the first camera click, 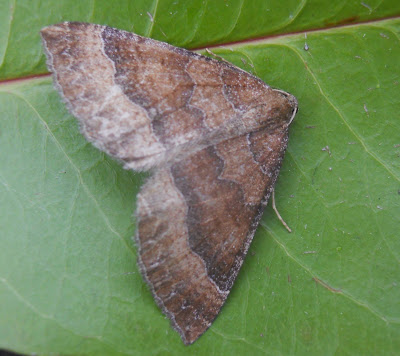 what I believe to be the MALLOW was the only addition today? With no Airport pick-ups and the only caravaners arriving this evening I was now free for 3 or 4 hours until duty once again called, so off to circumnavigate Poole Harbour. First stop 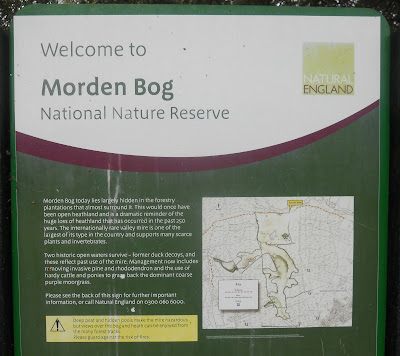 where an Osprey has been seen over the past few days, a potential addition to both Year and October Lists. 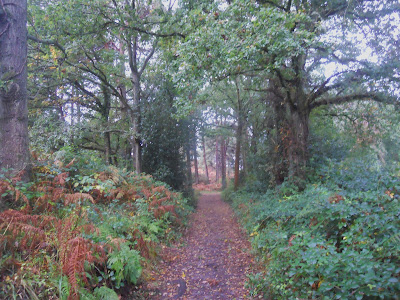 The walk through the wood at Sherford Bridge produced c2 Nuthatch, lots of Goldcrest, Chaffinch and Tits, 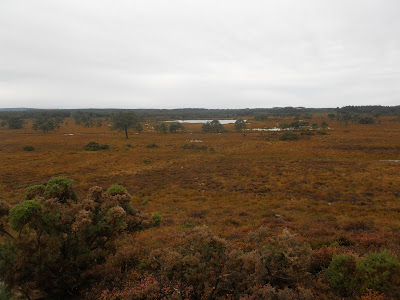 while looking across the heath to the bog itself there was something of a swarm of Meadow Pipits, an untold number of Stonechat, a Dartford Warbler and the first c5 Jays that became c13 before the day was over. 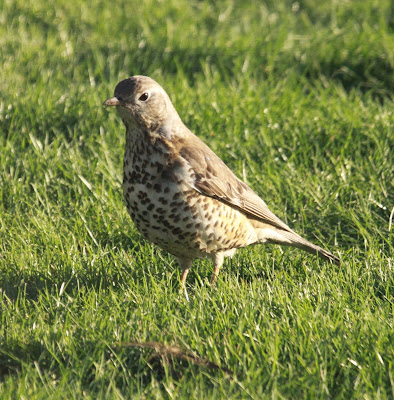 MISTLE THRUSH and Blackbirds were taking advantage of the Hawthorn Berries close to the road which I took towards Middlebere. 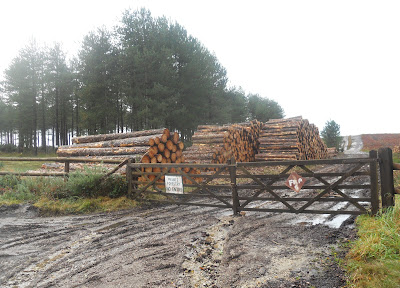 Narrow country lanes nearly all the way but all the tree trunks were not confined to the neat stacks made by the Forestry Commission Loggers. No, one was squarely across the road, result no doubt of last nights gales which had now happily abated. 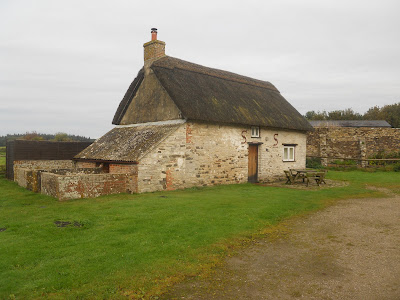 About turn and access Middlebere Hide via Soldiers Road and Norden, 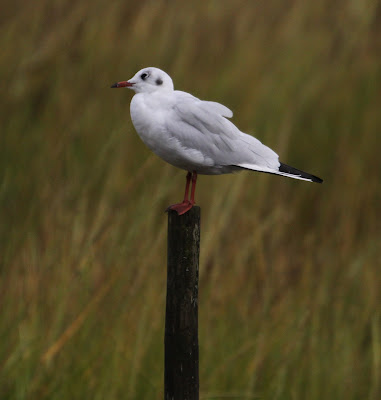 where first to be seen was this posing BLACK-HEADED GULL. 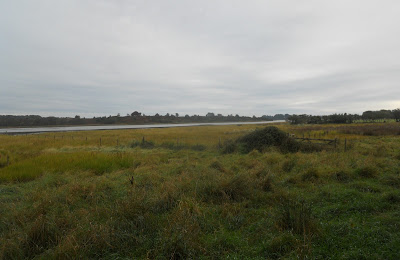 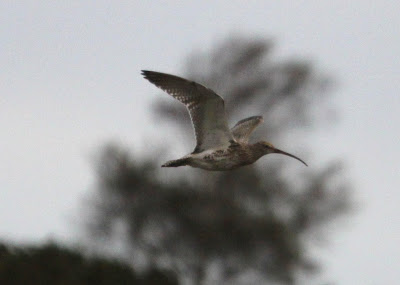 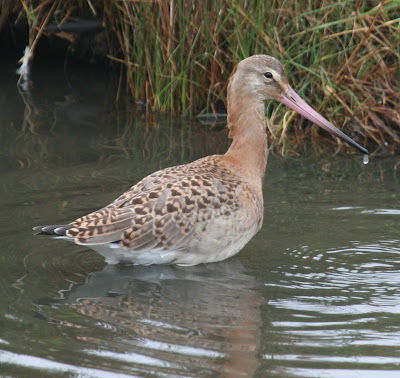 c3 BLACK-TAILED GODWIT, c3 Little Egret, c2 Oystercatcher, c7 Canada Geese plus several Teal and Wigeon but not much else. 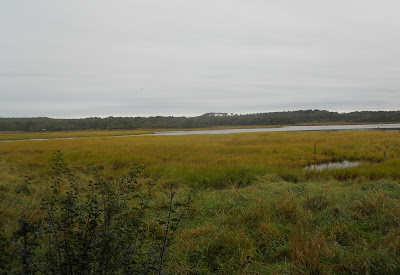 In the opposite direction 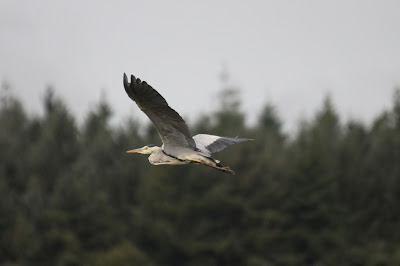 a GREY HERON flushed from the reeds as a most welcome 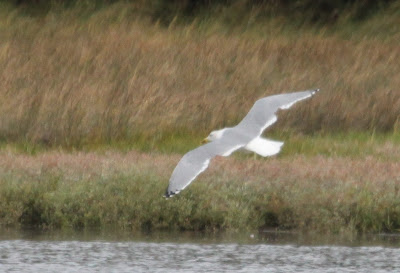 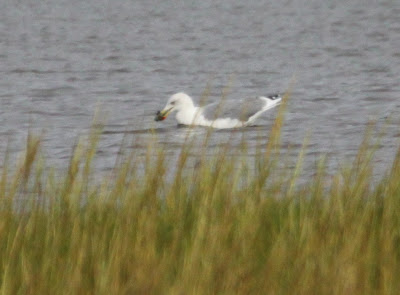 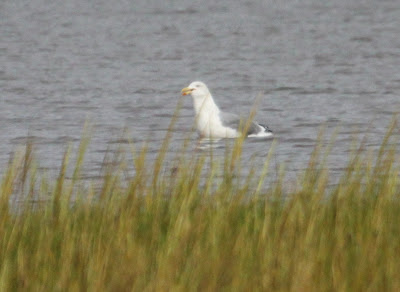 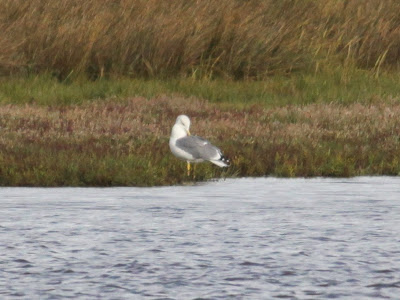 At quite a distance, it didn't make for a perfect image but this set are the best of this species I have yet taken in this country, so happy with my efforts! 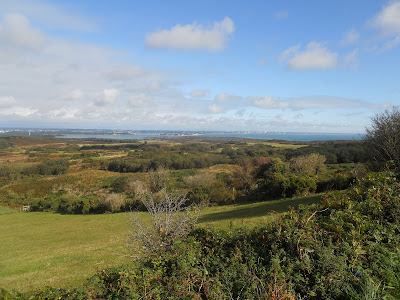 With little else to keep me it was onward, via Corfe Castle and these splendid views across Studland Heath (centre) and Bouremouth Bay (right), 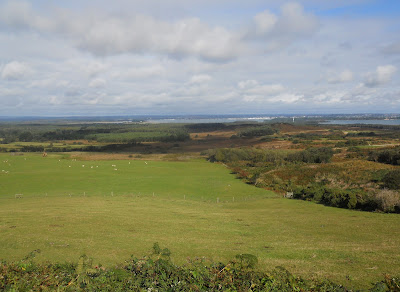 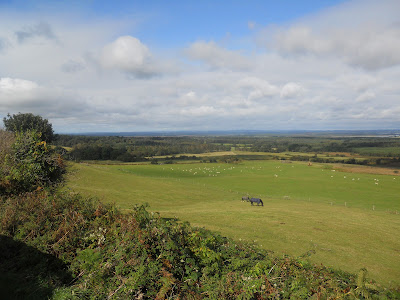 and more of the heath and Pasture Land to the west. 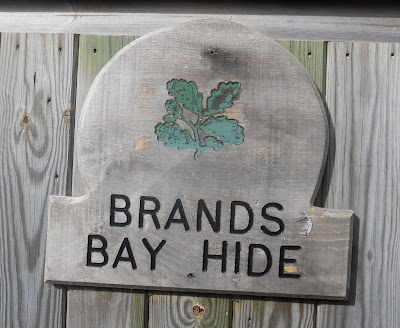 The recently reported Garganey (Duck) at 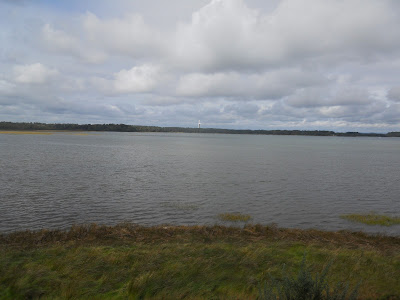 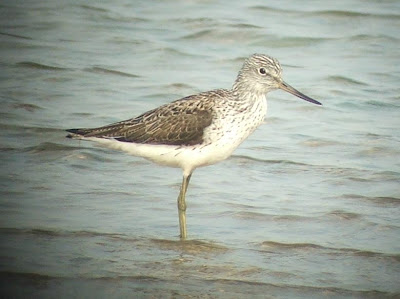 but a GREENSHANK did make up in part for the 'miss'. 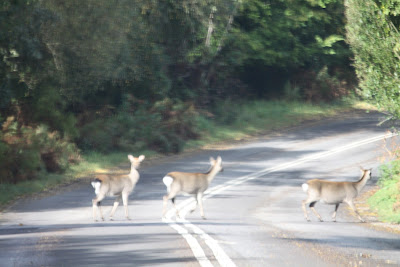 Heading to the Sandbanks Ferry, and in turn home, these 3 ROE DEER quickly crossed the road 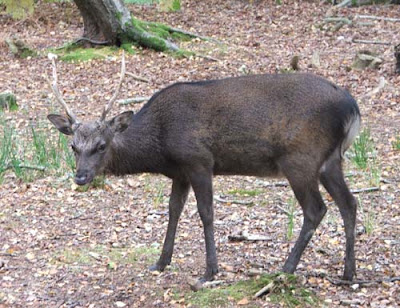 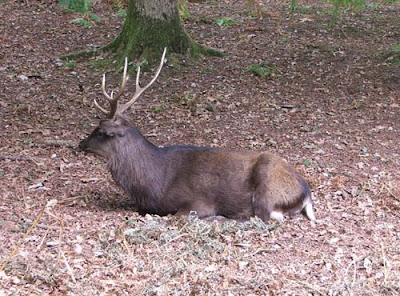 and several SIKA DEER were seen during the day.
Posted by Bagsy at 18:13