It's hard to believe that such a status vehicle as the Range Rover 'Evoque' would get anything so crude as a 'flat tyre', but sure enough it had (luckily only 'flat' at the bottom) so a call to the ever faithful Adrian who said he could take a look at mid-day. Emptying the moth trap, 18 insects to the tune of 8 different species all recorded before, there was a chill in the air but short lived as the sun rose to warm things up. Dogs next, and as we reached the pond it was seen that one of this years brood of 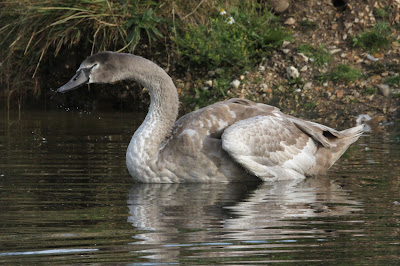 MUTE SWANs had sustained damage to its left wing. Not at all flighty the 5 youngsters and parent birds pretty much stay close to the water so unlikely anything to do with power cables? Additionally, it was seen to be feeding well and sticking with the family group so maybe best left to its own devices, for now at least. 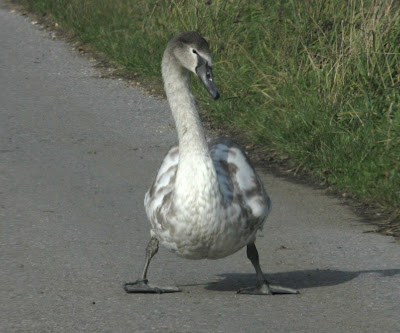 Still no sign of the Mandarins, but there was an interloper, much to the annoyance of the Cob, which was last seen chasing another young Swan along the main roadway and away from his pack. As in previous days Wood Pigeons were most numerous with 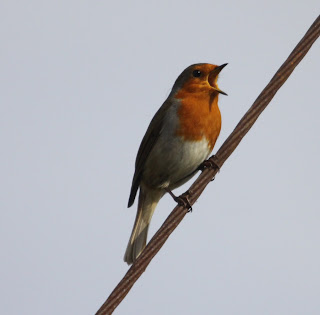 ROBINs once again singing from every perch. Skylark and Meadow Pipit formed the bulk of the visible migration but during the walk c2 Mistle Thrush, a dozen Siskin, 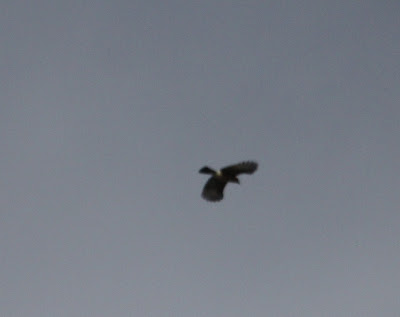 c18 JAYs along with no end of Blackbirds and single Reed Bunting were recorded. 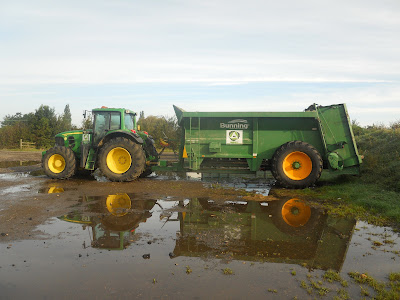 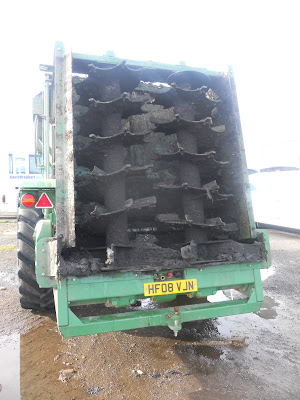 MUCK SPREADERS
A busy farm / stable yard is no really the place to be when things are in full swing, but given it was Sunday and a number of the workforce had swanned off to a distant land the opportunity was seized to take a look around. 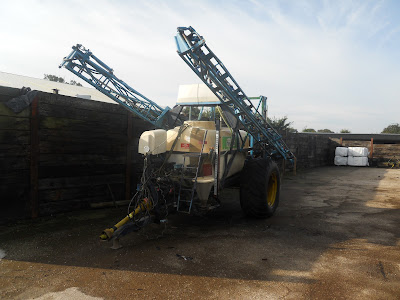 While I know nothing of the subject, all of this 'plant' holds a fascination to me including CROP SPRAYER, 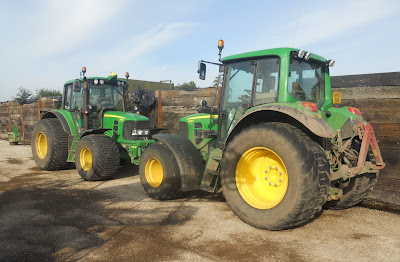 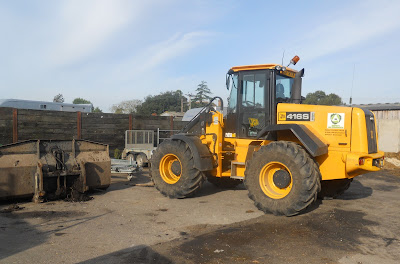 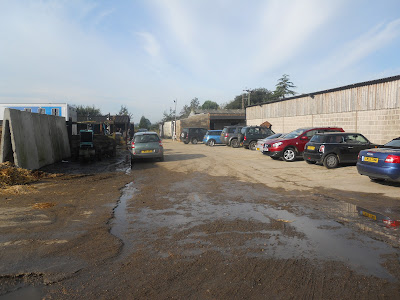 and an abundance of private cars whose owners 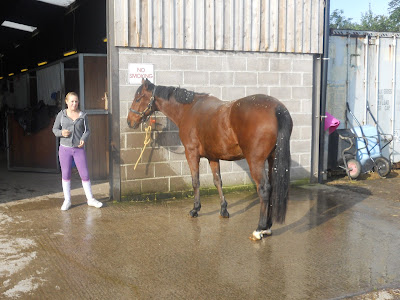 were busy tending to their trusty steeds in Yard 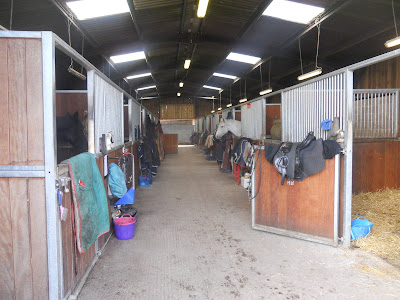 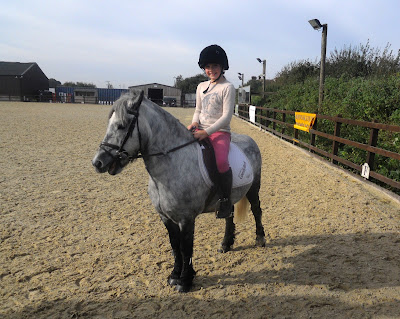 Allow me to introduce you to one of them. This is 9 years old KAYLIEGH (Kayleigh-Marillion)
who rides so well at this tender age, is surely a medal contender in future Olympic Games? She wouldn't be the only one from this neck of the woods. 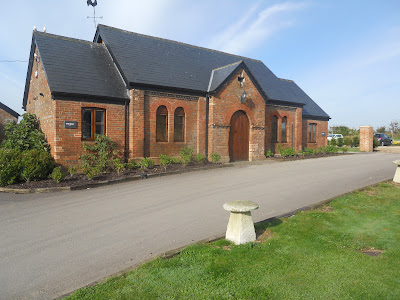 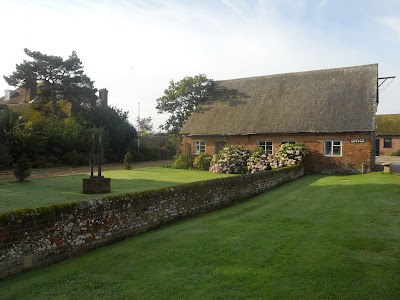 A little further on is the Office Complex, in the shadow of the Manor (left), which in turn leads to large areas of 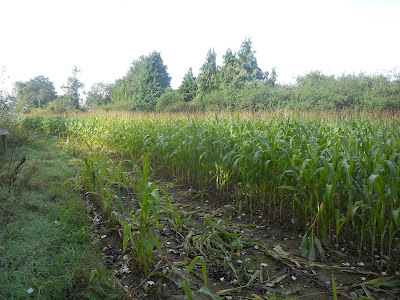 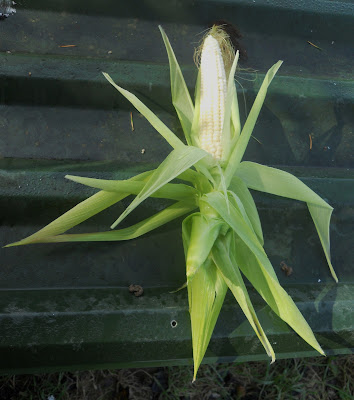 although it is agreed this hasn't been one of the best growing years, 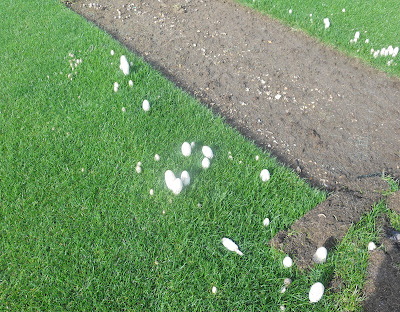 and TURF where the humus, spread to stimulate growth, also encourages lost of FUNGI. 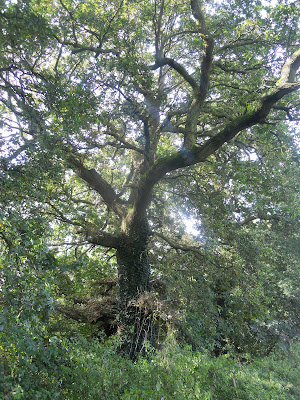 Having discussed with John Gifford the massive influx of Jays into the country (c668 at Dungerness in the week) and the probability of a failure of continental OAK TREEs to produce fruit this year, he suggested I take a closer look at the trees on the farm. 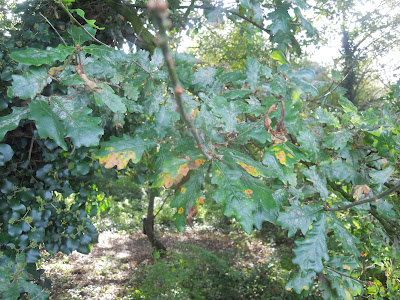 While it is expected that leafs are starting to die at this time of year, there is also what looks like a blight on the foliage and bearly an 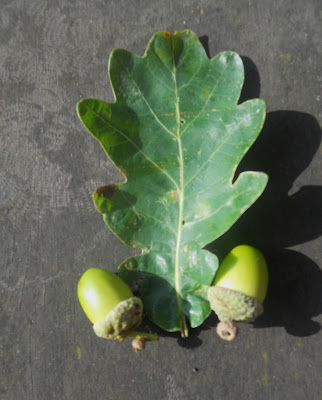 ACORN in sight, it took a while to find these two, so maybe the Corvides (Jays) will have to move even further south to find a plentiful food supply? 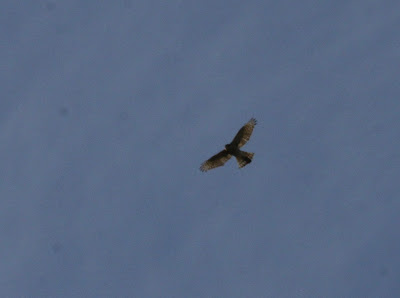 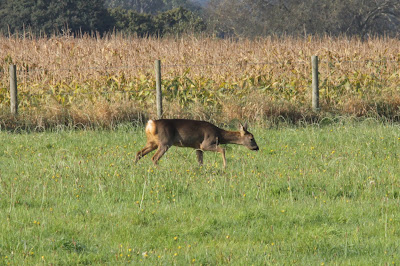 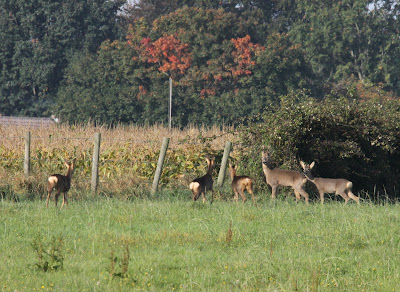 until they saw me that is! 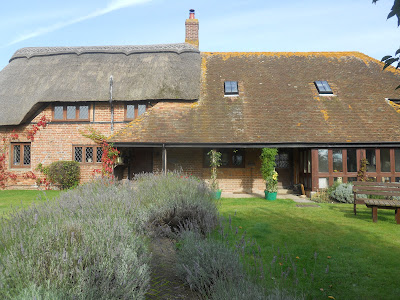 Finally, it was time to pay a visit to TUDOR COTTAGE for coffee and chat with the most entertaining Mrs Dampney (senior) who I seem to have much in common with. A seriously seasoned traveller, we sat there for a full 2 hours nattering away before it dawned on me that the dogs would be baying for their mid-day groceries, never mind it was only 14:00!
Posted by Bagsy at 18:29