A full day of preparing for the next adventure, including visits to the Foreign and Commonwealth Office Website checking advice and visa requirements of various countries, starting to allow me a decision on which ones to visit. Having 'cracked' the correct operation of the 'scanner' there was also the final batch of photographs to commit to the computer, which will now form much of the daily Blog content, as there is still much else to do and may not allow a lot of time in the 'great outdoors'. 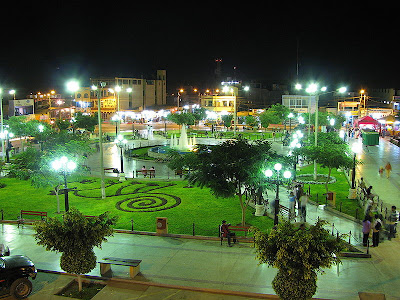 Our first visits will be to the Town of NAZCA along with the adjoining Valley's and Plains and the Nazca Indian Community. 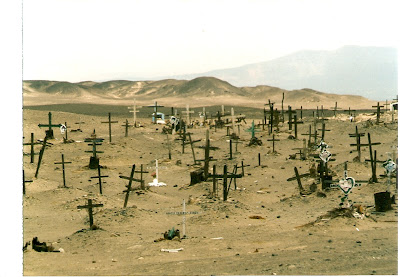 For many years CHAUCHILLA CEMETERY was looted by treasure hunters, who destroyed the place completely, taking away all the treasures the mummies kept in their tombs for centuries. 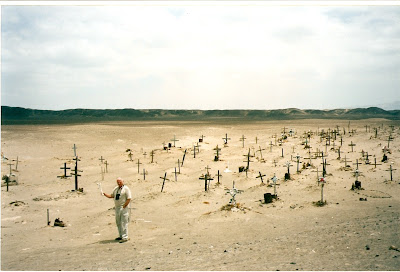 Grave robbers (that doesn't include me) just left behind the corpses, which can be seen today all over the ground. 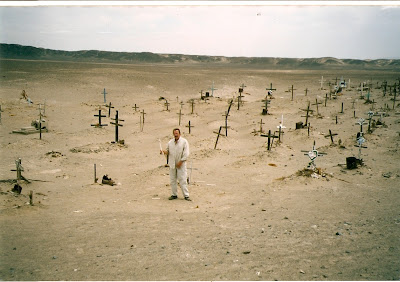 Mike Hughes, my travel mate and ex boss, who accompanied me on 2 South American trips. 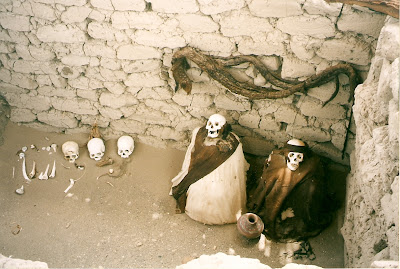 In addition to skulls and bones, visitors can also see several tombs centuries’ old, as well as long human hairs (on back wall), ceramic fragments and others remains scattered on the dessert surface. 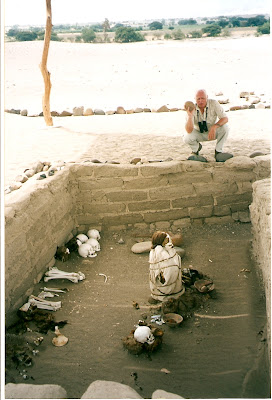 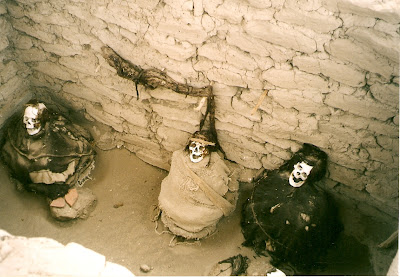 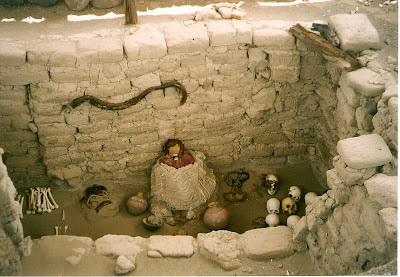 It is the only archaeological site in Peru, in which ancient mummies are seen in their original graves, along with ancient artifacts of the NAZCA INDIANS, dating back to 1000 AD. 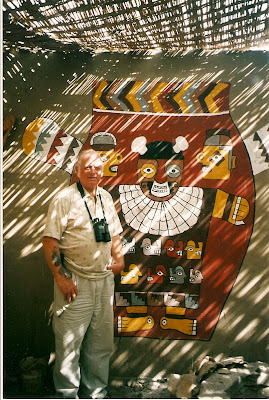 Something of a worrying visit on the way back to town, where we discovered one of the small family businesses still dedicated to the search for Inca Gold. 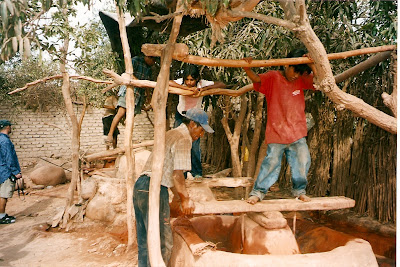 Here, tons of rock and sand are delivered and crushed in 'back-yard' production areas where most of the workforce are children. The dust is then passed through a series of 'rockers', propelled by these youngsters, then water and chemical treatment, including Mercury, to separate the precious metal. The toxic mix of this and hard labour is said to put great strain on the children's health.
Posted by Bagsy at 17:10