The Nazca Lines are a series of ancient geoglyphs located in the Nazca Desert in southern Peru. They were designated as a UNESCO World Heritage Site in 1994. The high, arid plateau stretches more than 80 kilometres (50 mi) between the towns of Nazca and Palpa on the Pampas de Jumana about 400 km south of the capital Lima. The 'lines' were created by the Nazca Indians between 400 and 650 AD and include hundreds of individual figures ranging in complexity from simple lines to stylized creatures. They are shallow designs made in the ground by removing the reddish pebbles and uncovering the whitish/grayish ground beneath, with the largest figures being over 200 metres (660 ft) across. Scholars differ in interpreting the purpose of the designs, but in general they ascribe religious significance to them. Other theories have been summarized as follows:- "the geometric ones could indicate the flow of water or be connected to rituals to summon water. The spiders, birds, and plants could be fertility symbols. Other possible explanations include irrigation schemes or giant astronomical calendars." 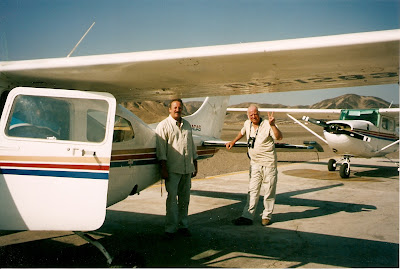 Mike Hughes and I boarding the light aircraft for the 45 minutes flight. Some of these designs may take a little deciphering, I will try to give guidance. 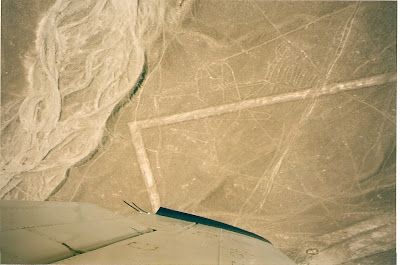 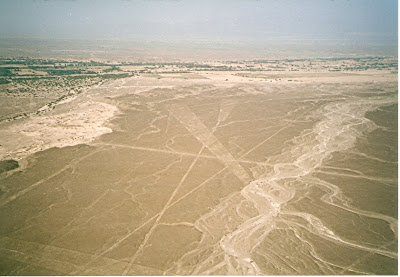 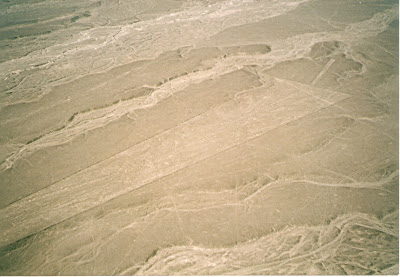 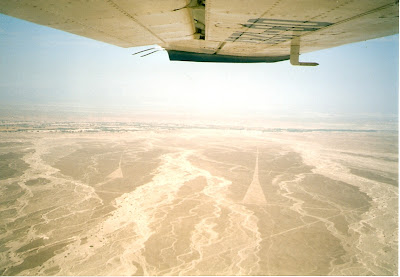 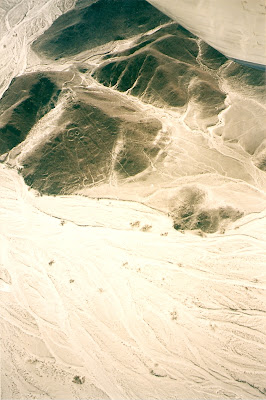 THE ASTRONAUT - on the slope of the lower left mount, 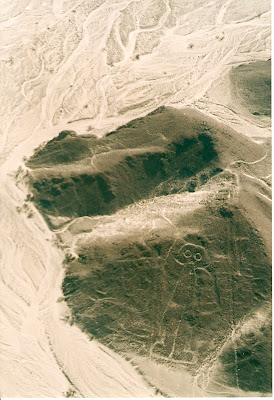 closer view of the most enigmatic of all the 'lines'. 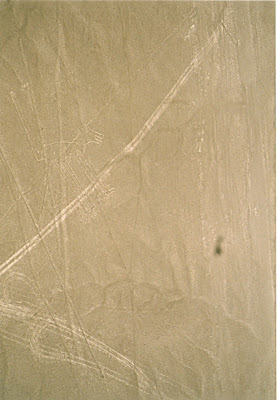 DOG - left and above centre. 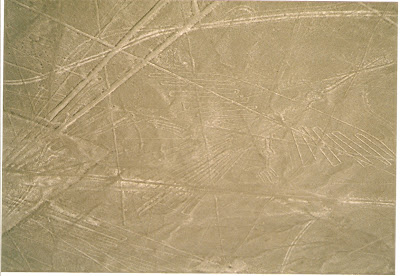 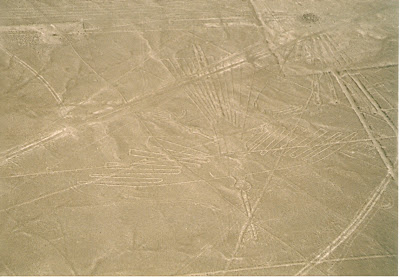 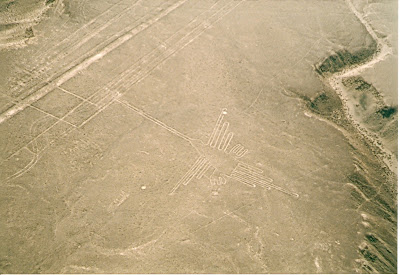 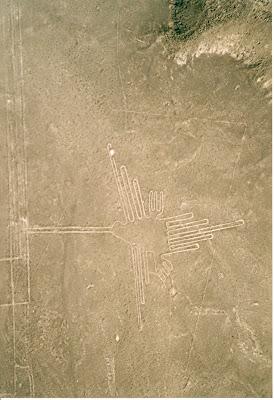 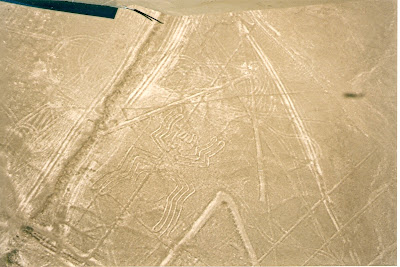 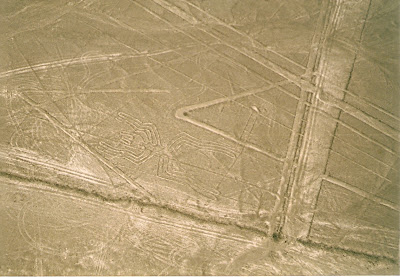 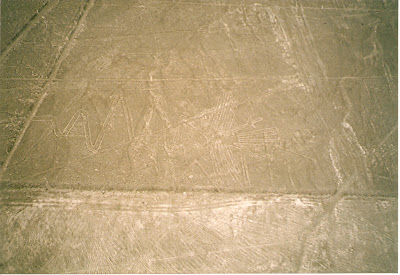 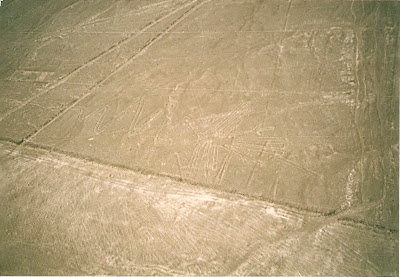 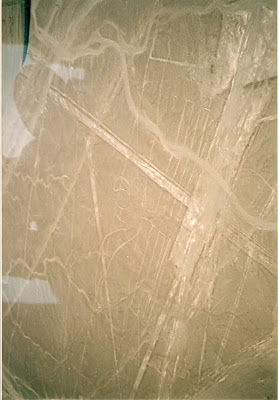 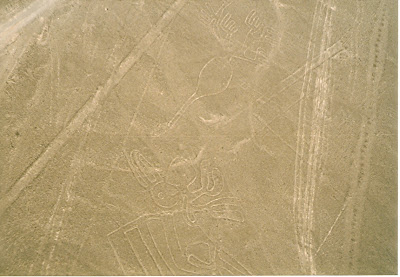 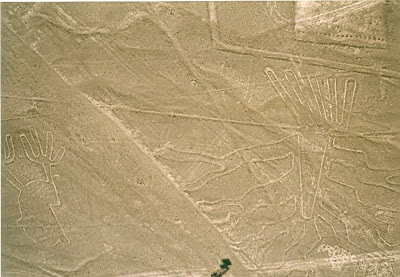 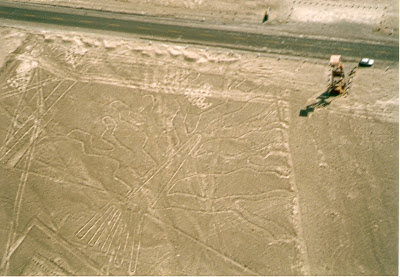 TREE centre and WATCHTOWER top right corner. We did give the 'tower' a go, but you need a whole lot more elevation than that to make any sense of 'the lines'. 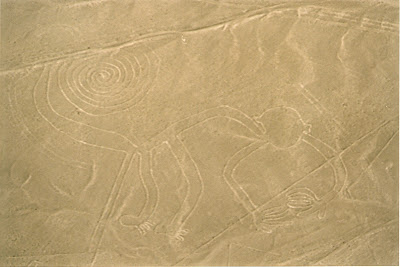 MONKEY - with 'endless' tail.
Due to the dry, windless, and stable climate of the plateau and its isolation, for the most part the lines have been preserved. Extremely rare changes in weather may temporarily alter the general designs, while in more recent years the lines have been deteriorating due to an influx of squatters inhabiting the lands.
Posted by Bagsy at 17:17