Have A Cigar - Pink Floyd

Come in here, Dear boy, have a cigar.
You're gonna go far, you're gonna fly high,
You're never gonna die,
You're gonna make it, if you try;
They're gonna love you.
Well I've always had a deep respect,
And I mean that most sincerely.
The band is just fantastic, that is really what I think.
Oh by the way, which one's Pink?

Today's post highlights a most enjoyable and successful trip to CUBA in year 2000 with my friend Andy Lindsay, not simply a birding trip but much more besides. 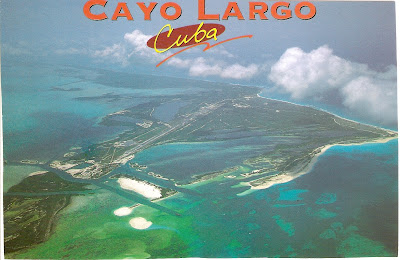 Just one of the places visited, excursively by taxi, having befriended a driver we hired him daily for all of our tours. By and large all the cars on the island were either of the large AmericanMobile type (USA occupation) or Moskvitch (associated with USSR rule) we were tied to the latter. A hard bumpy ride where ever we went but worse still, the exhaust came through the dashboard. 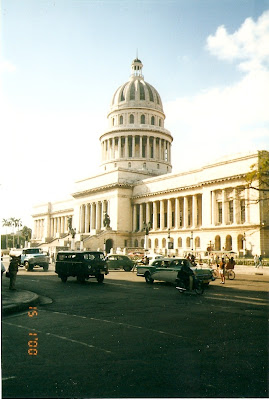 Anyway for the first couple of days it got us around the capital Havana and the surrounding countryside, recording just a few birds in the process. 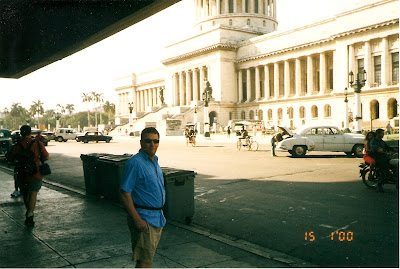 However, on the third evening we were enjoying the usual half dozen Cuba Libre and were asked by a couple of young men if we needed transport during the rest of our stay? They undercut our previous driver and agreed a time and rendezvous for the next morning. 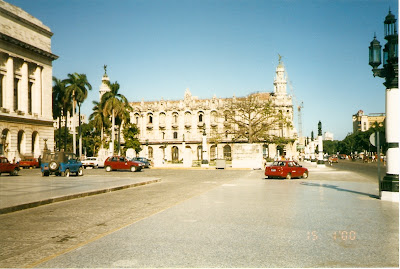 Having boarded our new found and cheaper transport it was suddenly surrounded by armed police, who handcuffed and dragged off our similarly new found escorts, never to be seen again. We decided on a quick exit ourselves and luckily we were not pursued. 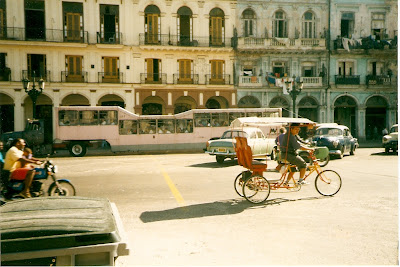 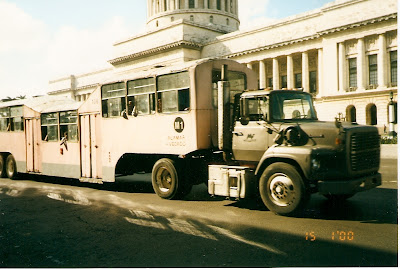 Articulated 'Dragon Buses' were very much part of the urban scene. 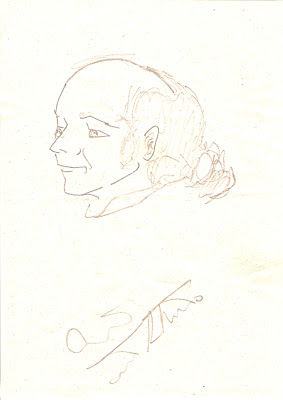 An 11 year old street urchin drew this sketch of me for a few $'s more. 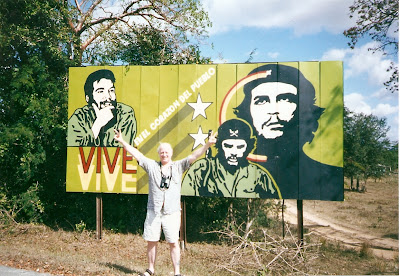 Che and Fidel were very much in evidence where ever we went. 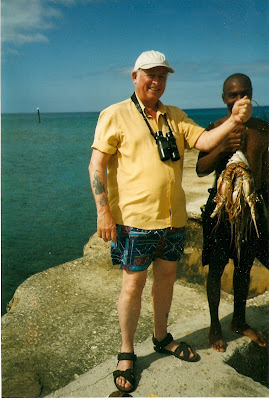 Just about every evening we dined on Crayfish of the very best. We had taken advise as to where we should eat, with the 3 main seafood restaurants charging $5, $4 and $3 respectively for their Crays. Which would be best we enquired, "they all come from the same ocean" was the reply, so as cheapskates we opted for the $3. When you've got to go, you've got to go and on Andy's return he reported that the toilet was absolutely disgusting, but soon enough I had to pay a visit. On my return I concurred but advised him not to look in the kitchen as it made the toilet look immaculate by comparison. That said, the food, especially the speciality, were the best we had ever eaten and returned to the same place most evenings.
Without doubt the highlight of our visit was the Zapata Swamp, despite the 186 miles round trip, which hold 3 of its own endemic birds, a Wren, Rail and Sparrow, we saw none of these. We did however clock up 7 of the Island's endemics including 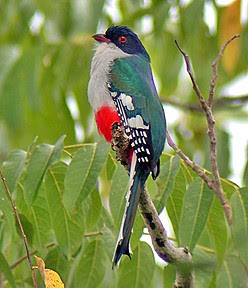 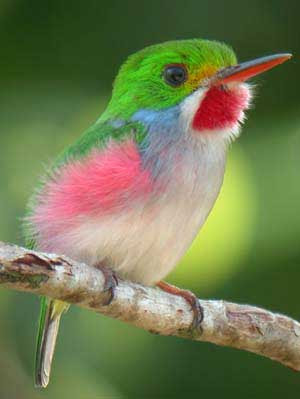 the tiny CUBAN TODY just an inch bigger than our own Goldcrest. It is notable that both of these species were seen in the same tree within a coupe of minutes of arriving at a woodland in Pinar del Rio on our very first birding trip. 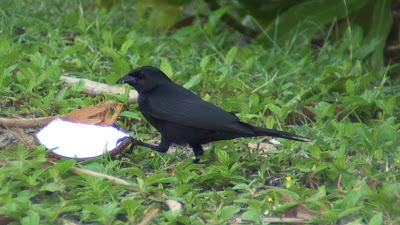 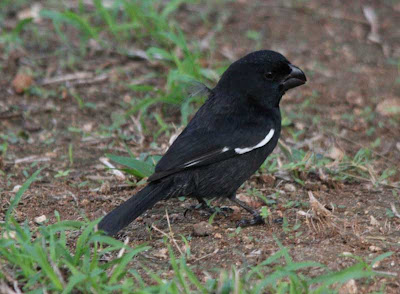 CUBAN BULLFINCH, not an endemic but a 'BLACK' Bullfinch - WOW! 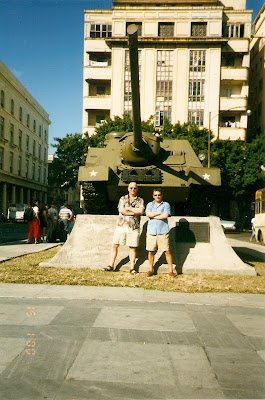 Lots of War Memorials to be seen here, after which each evening we would visit the hotel a little further down the main street. 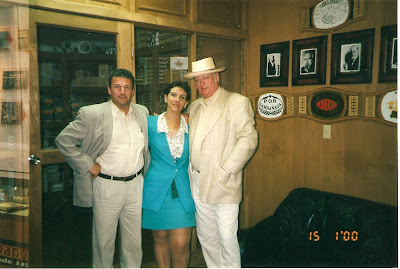 While our hotel was adequate, the other had a fumador and a far better restaurant, where 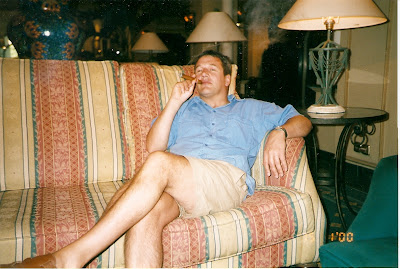 we occasionally enjoyed a fine Cuban Cigar (Andy's favourite being Cohiba and mine Punch) and more Cuba Libre.
and finally another amusing contribution from Willie Downes - at least I found it funny!
Wherever You May Be Let Your Wind Blow Free
Posted by Bagsy at 17:13