Sitting In The Park - Georgie Fame

It was an early morning walk through a completely dank cemetery this morning and onward, via the back-water, to catch the X53 Poole bus. I must be asked by one person or another, more or less on a weekly basis, if the 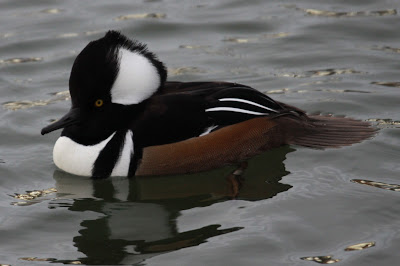 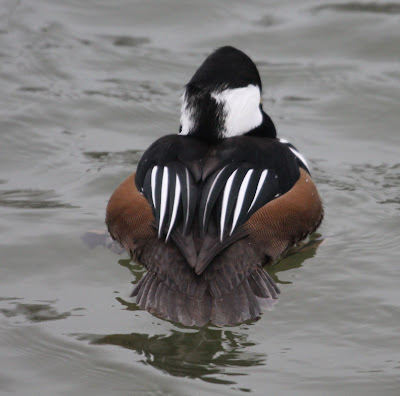 HOODED MERGANSER is still in residence at Radipole, which today it most certainly was. As the bus pull away, the visibility across Weymouth Bay must have been about 3 - 4 miles, but the further east we went more reduced became the outlook. The weather didn't brighten at all during the day, but for me all else was bright as I arrived at the home of my old shipmate John (Ginger) Prince and his lovely wife Val for something of a bon voyage lunch. Ginge and I have known each other since he was effectively my 'boss' on HMS Undaunted in 1967, and have remained firm friends ever since. All else was 'pulling up a bollard' and 'swinging the lamp', returning home late afternoon. 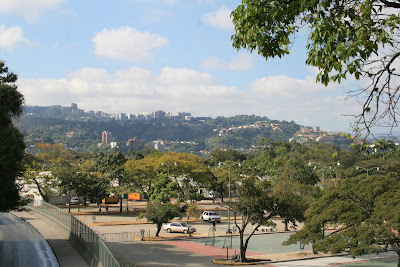 For the sake of a little more 'eye-candy' I can continue the South American journey, calling in at Caracas, Venezuela. 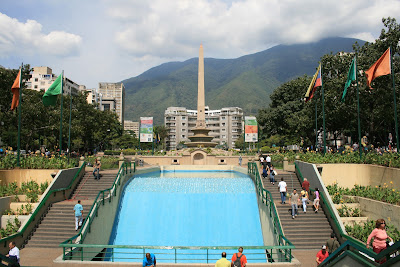 In the heart of the city lies the Parqu del Este, which on the face of it looks like any other provincial park, except that this one holds 'dozens' of exotic bird species such as:- 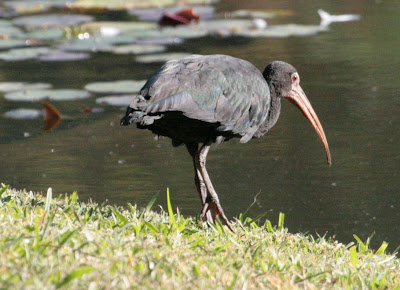 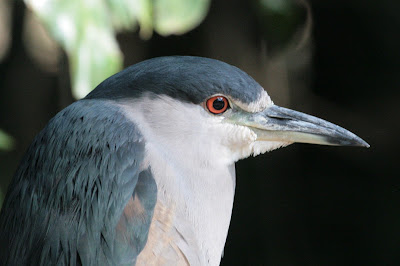 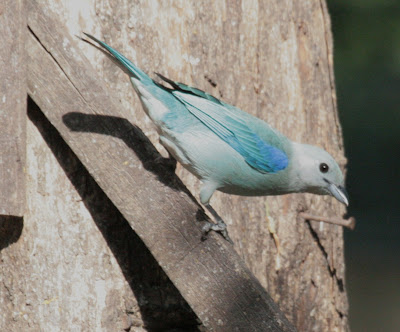 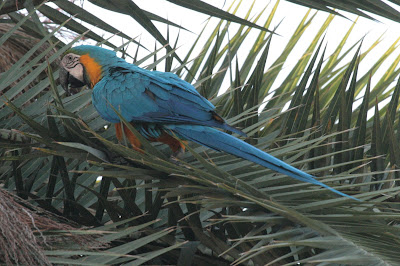 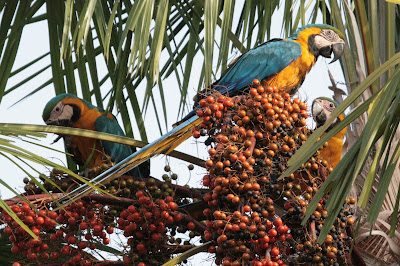 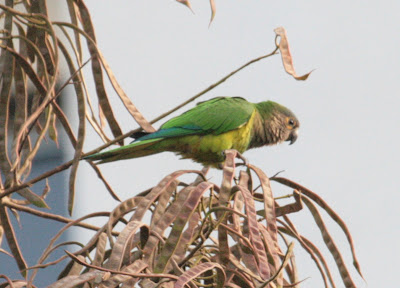 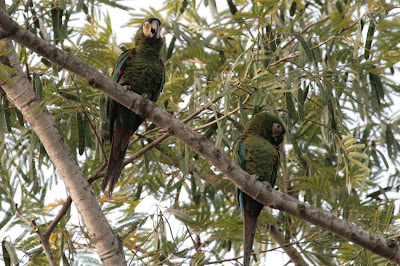 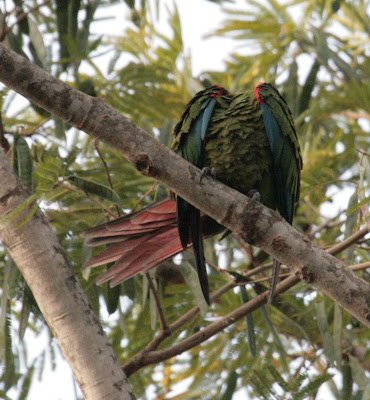 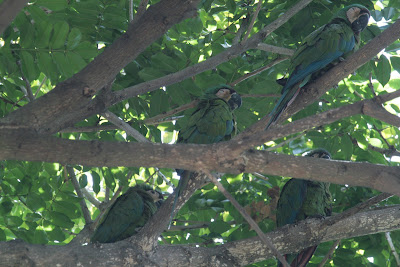 There could be some more tomorrow from the Parqu and elsewhere.
Posted by Bagsy at 17:14