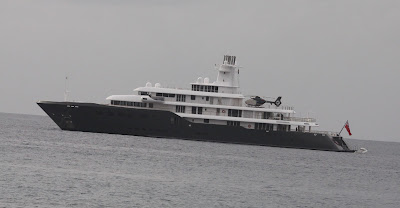 The SERENE now having to cleared the harbour, complete with helicopter, to make way for the Cruise Ships. You may have money man but there's always someone with just a little more. 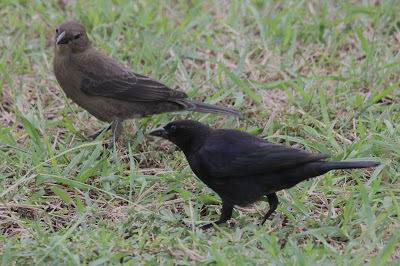 At last we encounter a male 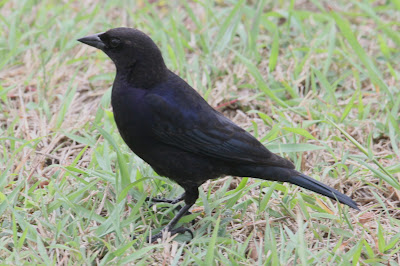 SHINY COWBIRD, blamed for the demise of the Martinique Oriole. 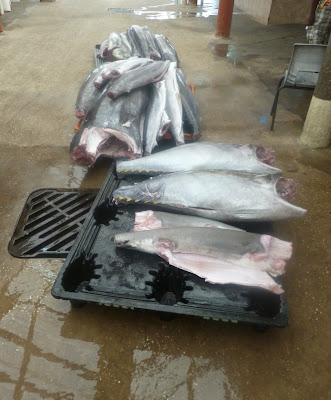 Just a quick visit to the Fish Market en route to catch the bus. 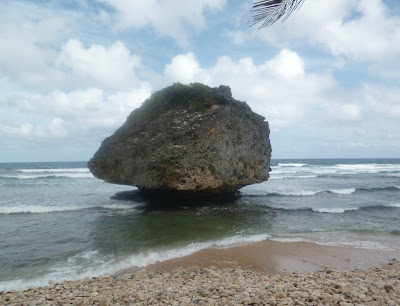 Great views of the Island but destination was always to be Bathsheba where I had great fun before. 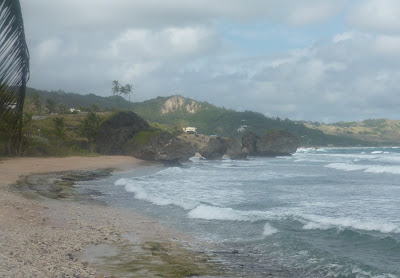 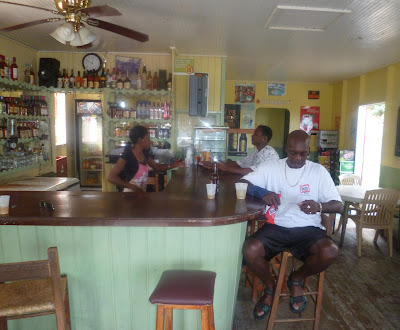 I headed for this little bar beach side for a beer and a drop of local rum. There I met Robert an ex-pat American who has lived here for the past 20 years 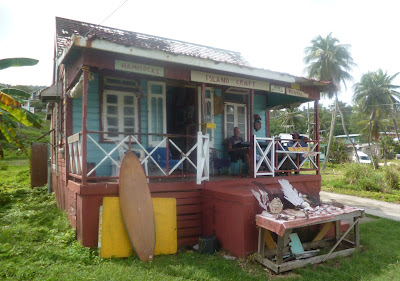 in this little pad down the road to which he invited me. 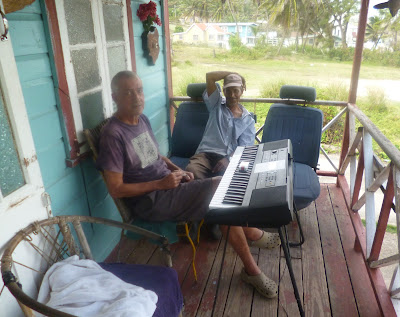 The rim bottle wasn't empty yet as he got down to an accomplished set of Cole Porter, 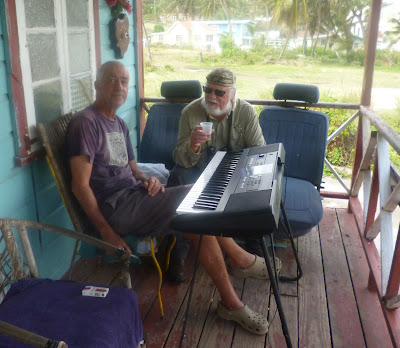 while I chipped in with Led Zeppelin. 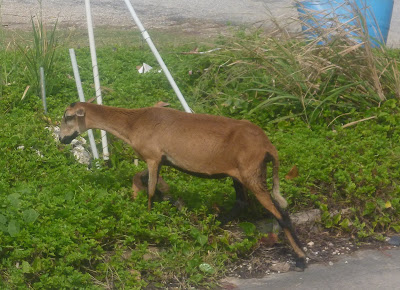 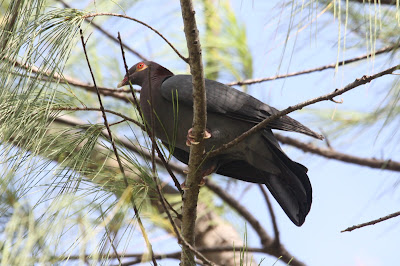 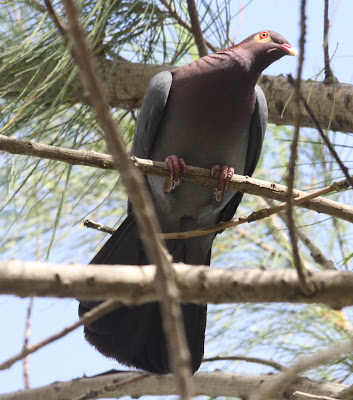 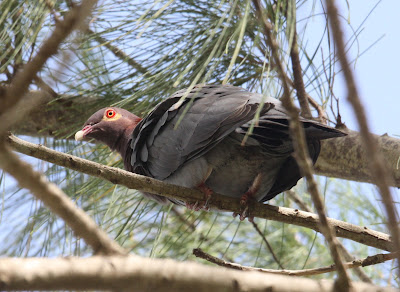 while across the road I noticed movement in the trees which turned out to be SCALY-NAPED PIGEON. 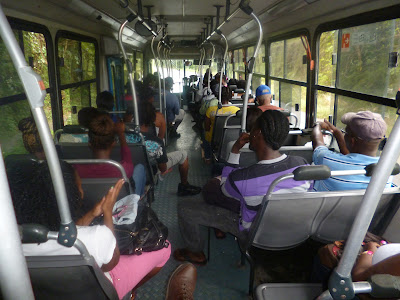 All too soon it was time to go, catching the bus back to Bridgetown. 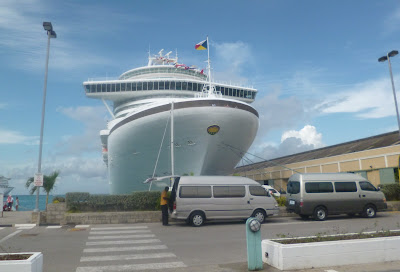 Finally, a chance to make one amendment. 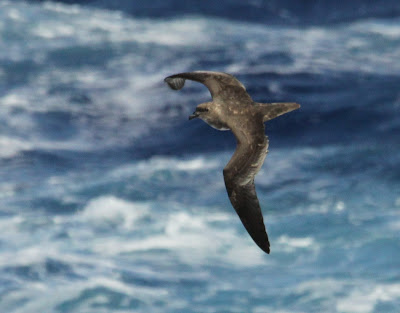 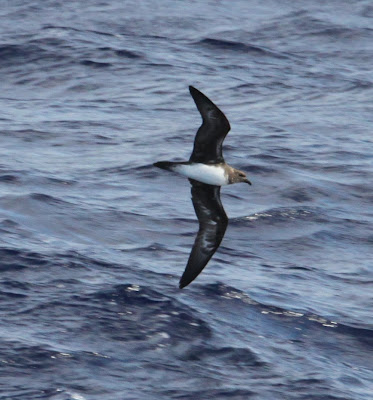 My own identity of this bird on 18/12/2012 was Soft-plumaged Petrel which it most definitely it isn't. Through the good offices of Paul Harris, Martin Cade et al we now have the correct diagnosis, as a much less common and somewhat out of its usual rage, a TRINIDADE (HERALD) PETREL which is a fabulous addition to any bird list. I thank all of those who wrote to put me right, which I always welcome 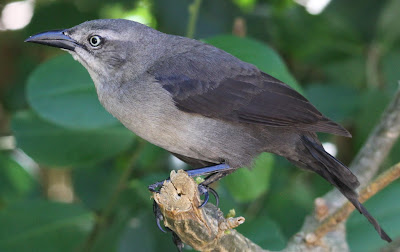 and finally I now have the identity of this one which I had no idea about. Steve Smith writes to say it is a CARIB GRACKLE while Anthony Levesque from Guadeloupe qualified this by adding that it is a 'female'. Thanks to you as well gents, it's always good to put these things to bed!
Posted by Bagsy at 18:21