Half Way To Paradise - Billy Fury

To be kind, the last 3 days since leaving Funchal, Madeira have been by and large barren with little in the way of wildlife and even less shipping. The weather has steadily improved during the passage with some bright and sunny periods, more prolonged as we have progressed, an almost continuous 15knots wind (direction variable) and light to moderate swell. 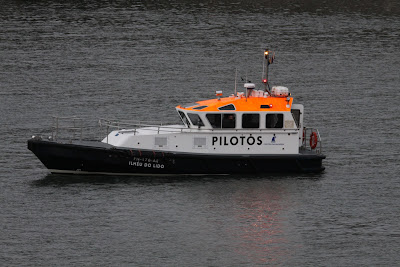 Mooring ropes were slipped at 18:00 precisely on Saturday afternoon and having Dropped the Pilot (Joan Armatrading) the Captain set course for our next destination which was calculated to take 6 full days. No knowing what we might encounter crossing the Atlantic, the keener members of the wildlife brigade had binoculars pressed against eye-sockets during most hours of daylight. 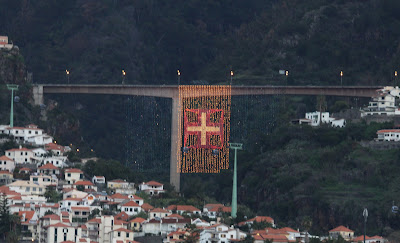 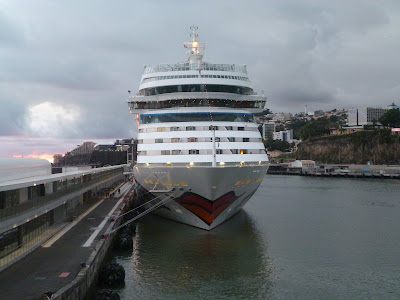 Leaving the 'over-sized' Cruise Ship 'AIDA' behind us. 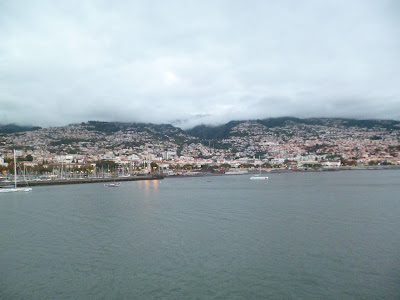 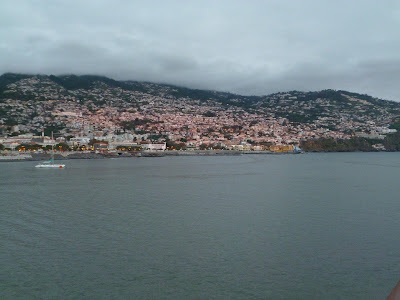 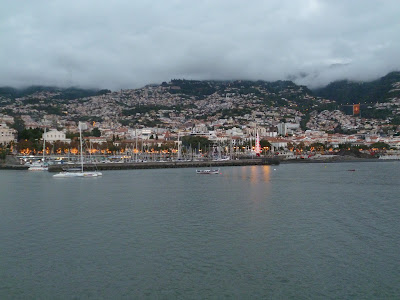 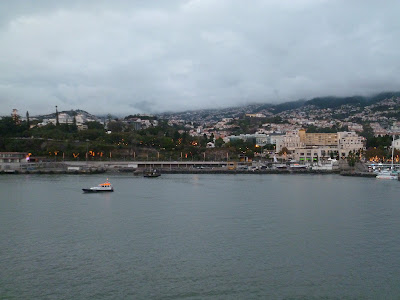 Mist rolling down the mountains at the back of Funchal

It was a full 6 hours before the first bird was detected and only watched for a matter of minutes before what was considered a ‘Storm Petrel’ Sp (species) disappeared from view. That far out there was only the likelihood of it being European, Wilson’s, Leaches or Madeiran but with these tiny sea birds, about the size of the Common Starling, much more detail was needed. The next wait was less long, as within the hour I spotted a pod of 4 to 6 Pilot Whales close on the starboard quarter, albeit briefly, but as a Single Observer Sighting you know what that can lead to? There had been sporadic reports of ‘Whales’ from elsewhere during the day, most amusingly from the Choir practise area as one vocalist broke off and yelled “Whale” sending the whole group scurrying for the windows. Finally, what was the ‘miss of the day’ as the ships Carpenter found another ‘Storm Petrel’ resting under a rack of inflatable life rafts which he was able to catch. Not knowing the enormity of the find to some of us, he simply took it to the quarter deck, where most of the birders were standing, and released it. One lady did have the sense to shout ‘Bird’ as it took to the air allowing me at least time to zip off a few shots in the general direction for later analysis. 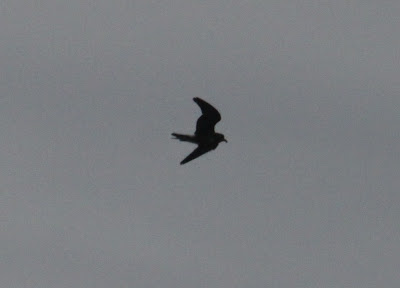 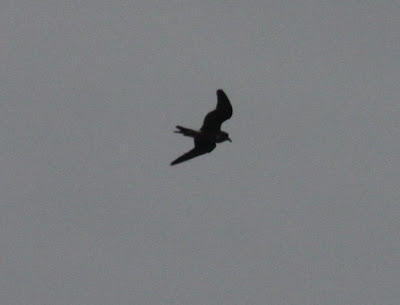 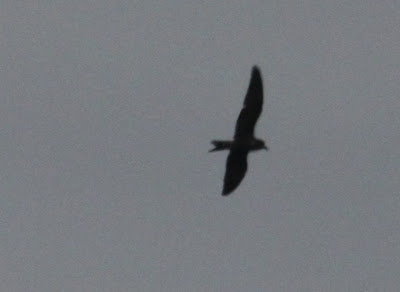 From this, the only photographic evidence, we identified it as a LEACH'S STORM PETREL

Other than that, there was one more bird that could have been a juvenile Gannet or one of the larger Shearwaters for that matter but so far away as to be of no consequence.
Monday dawned with the navigation lights of a large Freighter disappearing into the east, followed by a period of 8 hours of ‘empty ocean’ – need I say more? Talking of ‘more’, that is precisely what we got the next day with the odd cry of “Whale” which came to nought and the odd item of flotsam. 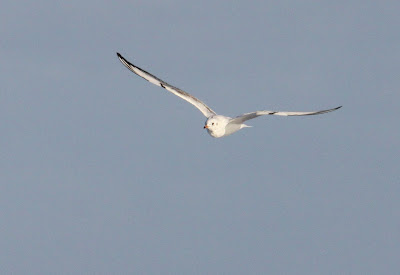 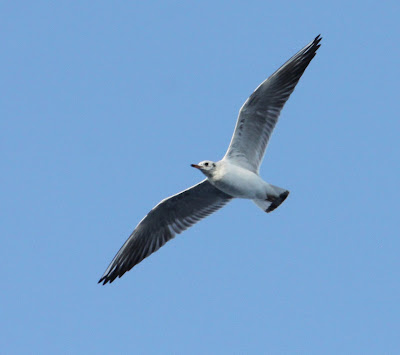 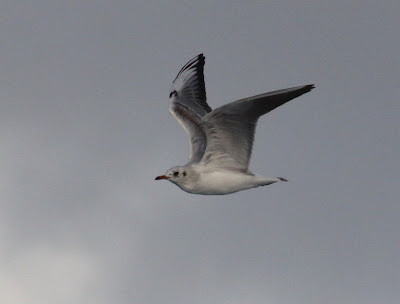 Tuesday was almost a carbon copy, except just before ‘close of play’ a small white bird was spotted following our wake at a distance. This turned out to be a most unexpected ‘first winter’ BLACK-HEADED GULL which, I for one, didn’t realise ventured this far out into the open ocean. 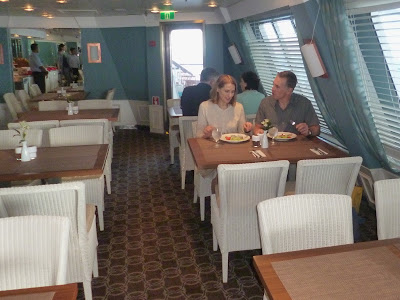 Other than that we have a camera team on board, along with these 2 models preparing a new promotional magazine for Voyages of Discovery. 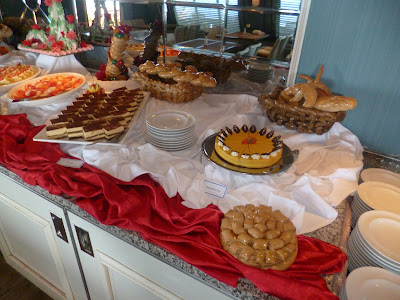 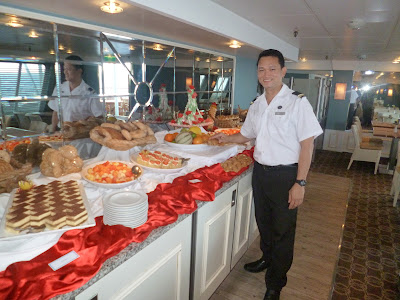 and we end with a 'Tasty Break' as ERIC the HEAD WAITER shows off what is only the food for afternoon tea! More of that if and when I have the time.
Posted by Bagsy at 18:04