Back in Funchal, Brian and Shelagh went off to the Mall to access the free Internet, catch up on e-mails and watch Man U dick their City rivals. Meanwhile, I would do some reminiscing and visit some of those places we enjoyed so much during our voyages on ETV Auricula. 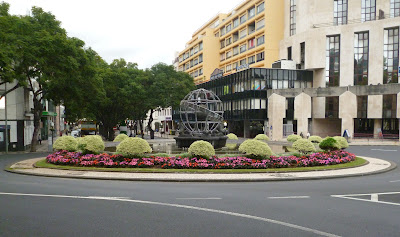 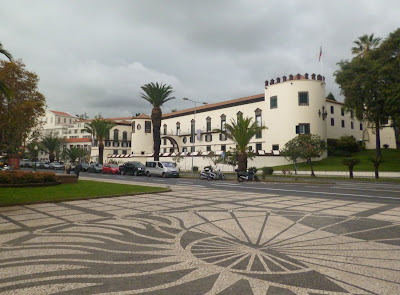 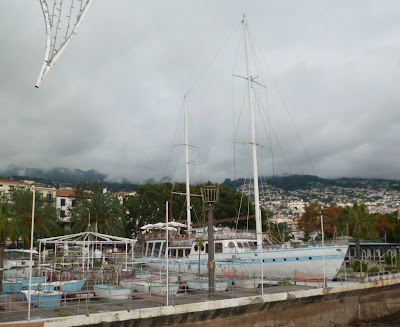 The BEATLES BOAT which most of the crew enjoyed on an almost nightly basis. Bought by the Fab 4 once the serious 'dosh' started rolling in, this fine vessel was soon abandoned here when they got fed up with the idea. 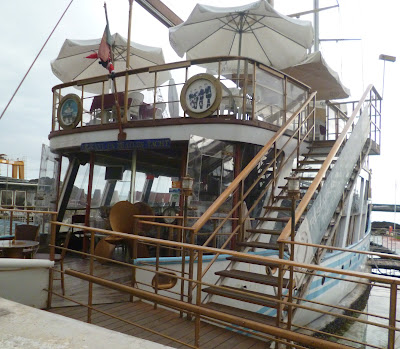 Some forward thinking individual bought it and gave it a permanent 'land' berth, built a watercourse around it, filled that with fish and turned the whole jolly lot into a really fun restaurant.

We didn't go to see the scantily clad waitresses in their crisp white mini-skirted uniforms, in fact someone told me that. No we were there for the beer, wine and singing and of course later in the evening the novelty ice creams served with burning 'sparklers'. 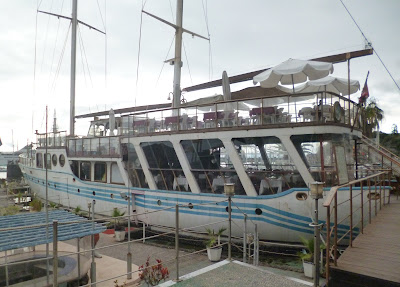 During the winter months, the water is drained from the 'fake lake' and there were few customers, but I do remember this place with great affection of great 'runs ashore'! 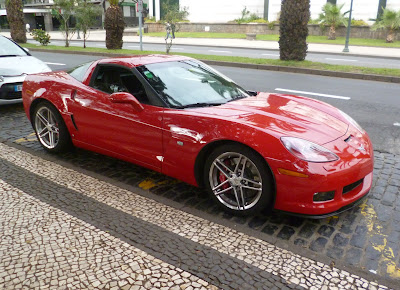 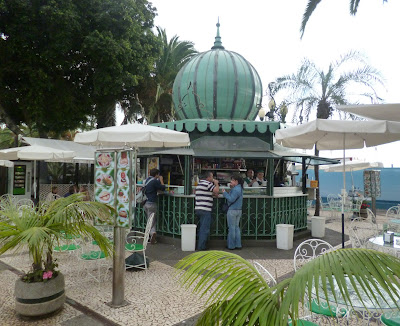 A sea-side cafe, and so into town. 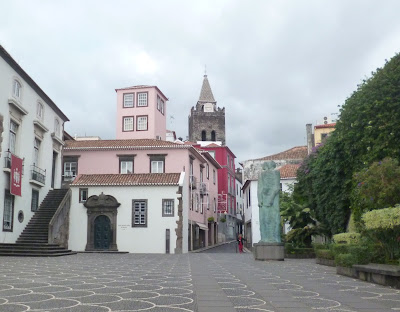 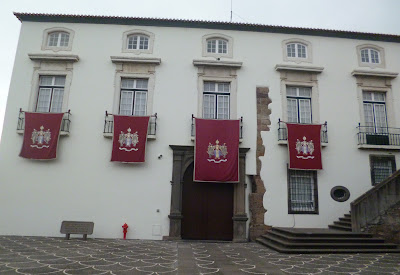 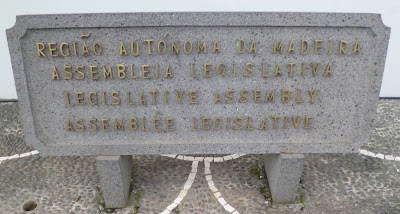 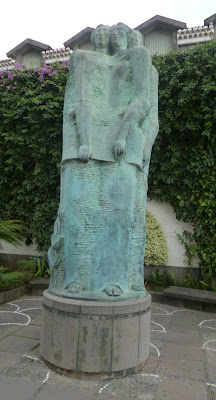 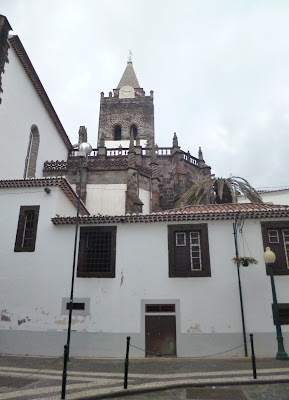 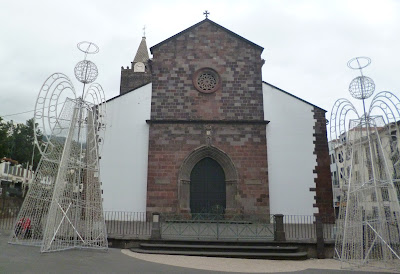 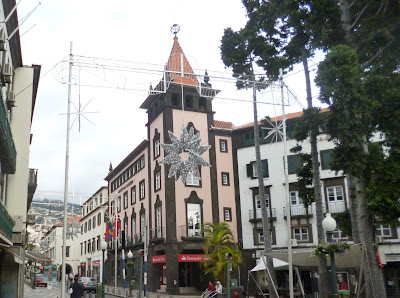 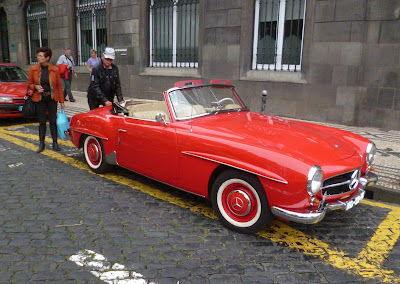 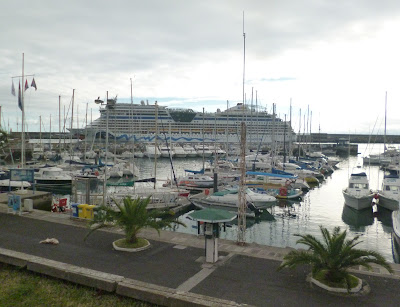 Heading along the sea-front the Cruise Ship AIDA entered port, and oh how glad I was to be on the VOYAGER. As she started backing towards her berth, it was just as though someone had kicked an ant-hill as passengers came 'spewing' out from every doorway. Thousands of them, with barely space for them all - what did I tell you about 'Small Is Beautiful' at sea - Long Live VOYAGER! 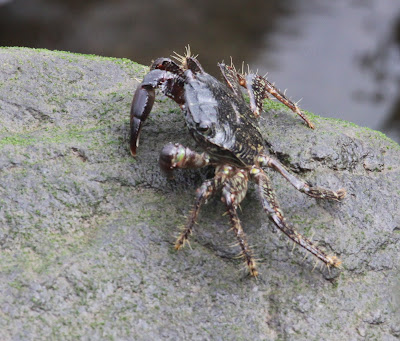 Other items of interest before returning to the ship, where the dozens of BLACK CRABs 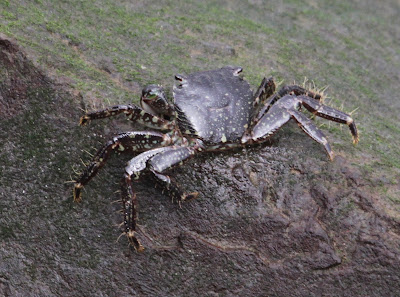 on the rocks of the Sea Wall, 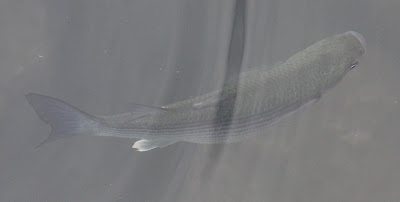 with the sea 'alive' with fish of 5 different species, only one of which I could identify a GREY MULLET.

Other Fish, Crabs and Crayfish were not quite so lucky as the fate had already been decided by the restaurateur! 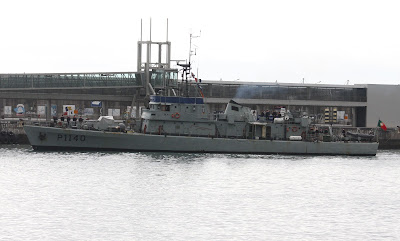 A small PORTUGUESE PATROL BOAT was seen leaving harbour, just before finding this fine fella on the rocks below. 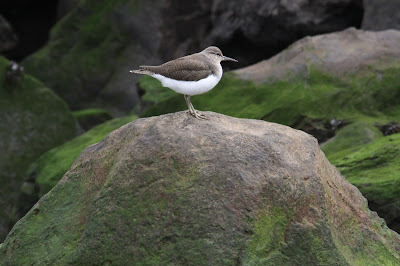 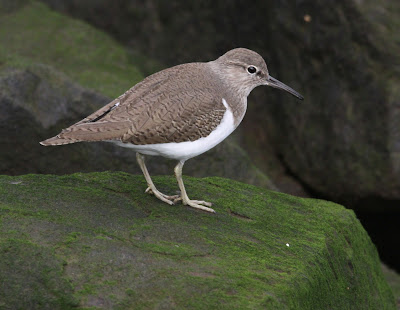 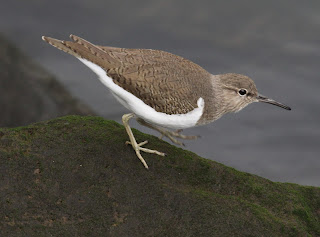 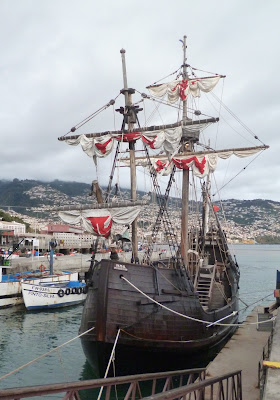 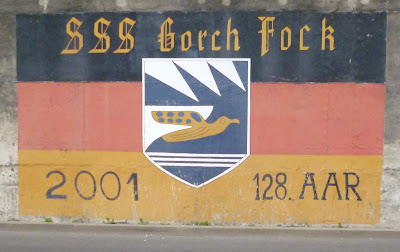 before perusing the marks left by previous visiting ships on the sea-wall. At 18:00 we sailed for our next destination - Talk Soon!

Please note:- Clocks are changing here almost on a daily basis resulting in 'late' (for UK) publications!
Posted by Bagsy at 18:54