I'm Not A Pheasant Plucker - (Part I)

Knowing well the controversy that surrounds hunting of all kinds, it would only be fair to issue an 'advisory notice' for those who do not care for the pursuit to log-off now! 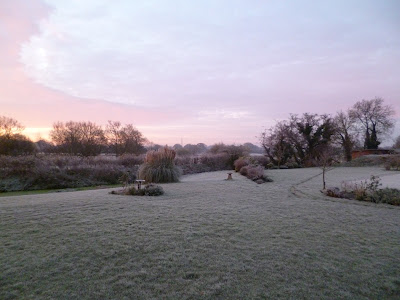 A cold and frosty morning there's not a lot to say about the things caught in my mind!
Don't Go Away - Oasis 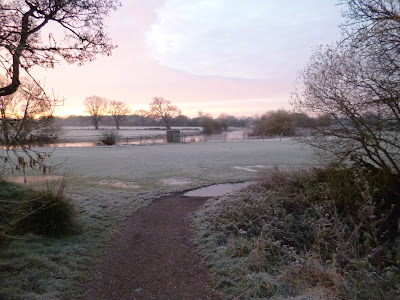 This was the scene at Parley Court early this morning where rain and mild conditions were dramatically replaced by a heavy frost and almost continuous bright sunshine. The lower image shows, once again, the 5th fairway on the Golf Course which magically cleared of flood water overnight.
While I fight no corner for of against the Pheasant Shoot I have to say that my invitation to 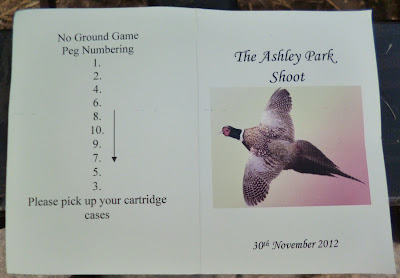 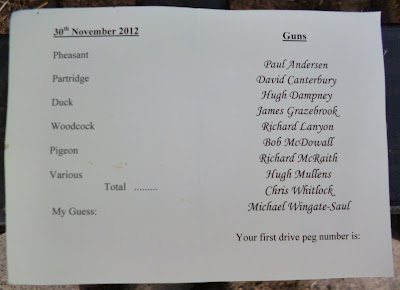 while learning so much more about our countryside and its management. 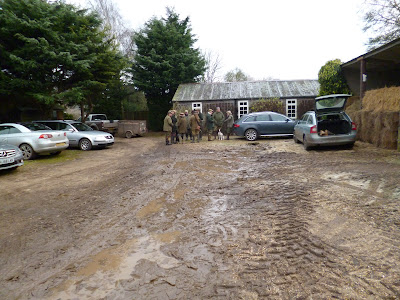 There is just something about farmyards that fascinate me, so I wasn't slow to both meet the company 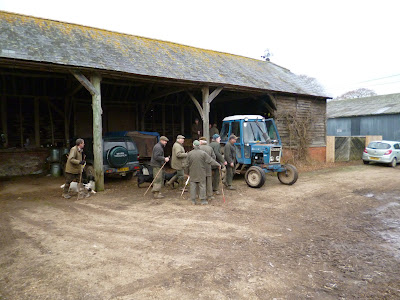 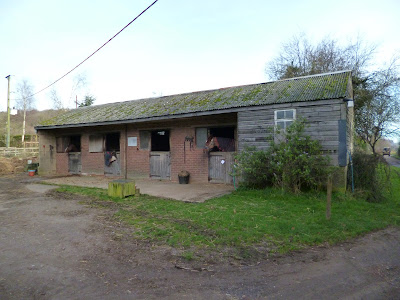 and to poke my nose into the barns, outhouses, stables etc 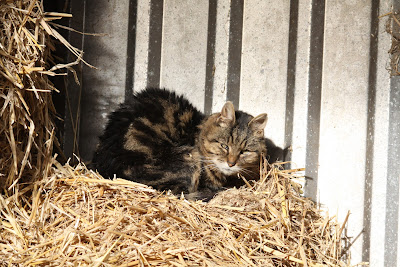 where I found the farm cat taking 40 winks. 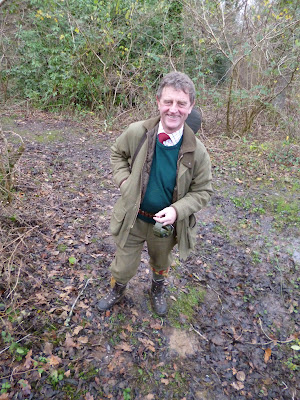 Soon it was time for 'Shoot Captain' Hugh Mullens to brief both 'guns' and 'beaters' (and the 2 observers including myself) of the strict rules, regulation and ethic of the day. 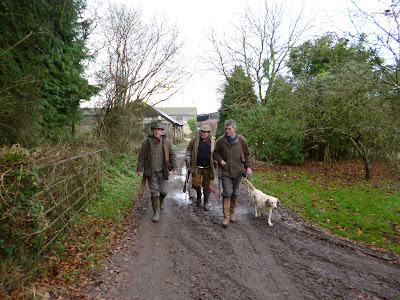 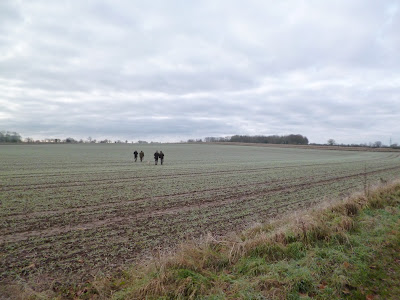 All take up station for the first beat 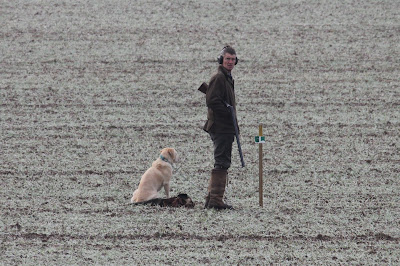 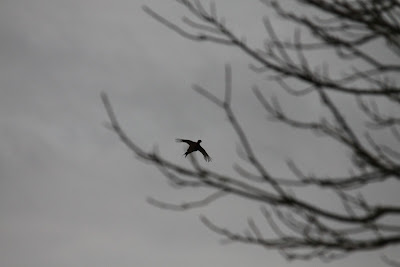 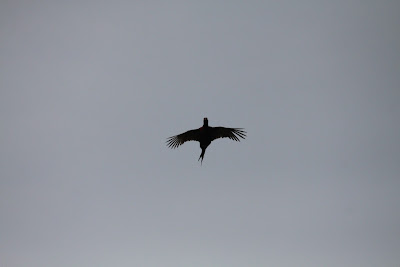 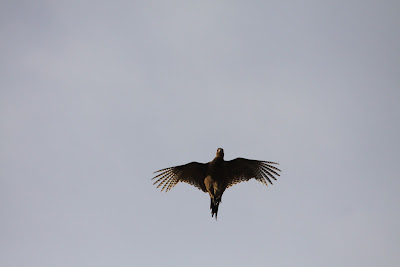 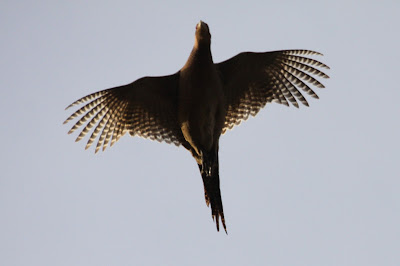 while the first bird escapes unharmed despite 'point blank' range. This shoot was restricted to Pheasant, but as a result of the beaters c5 Common Snipe and singles of Woodcock and Grey Partridge were also seen. 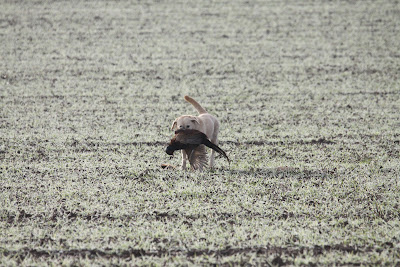 Needless to say, not all birds were so lucky, giving my friend Hugh's dog Shoofty a chance to show her skills. 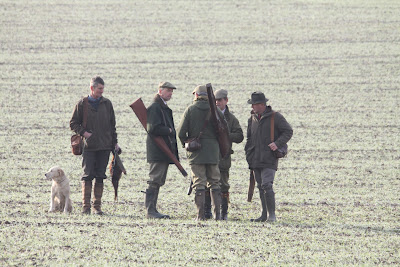 After the first beat there was time for conflab while the 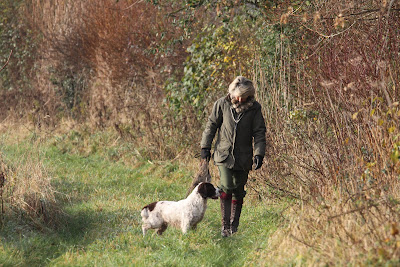 collectors (Alexandra and her Springer Hebe), 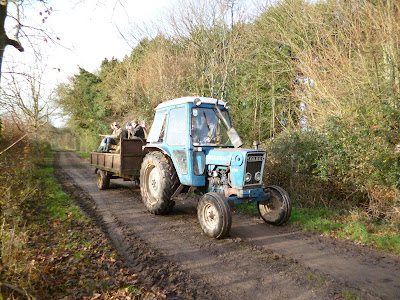 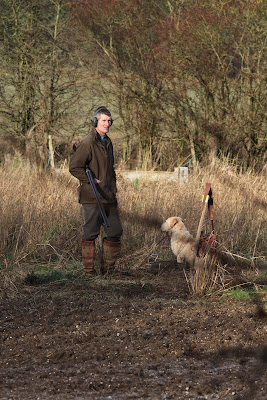 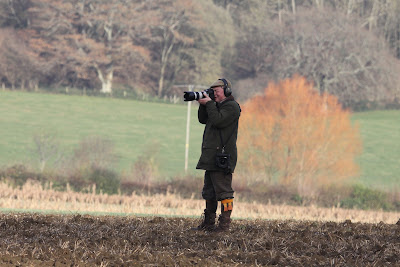 and ON-LOOKERs chance to relocate. 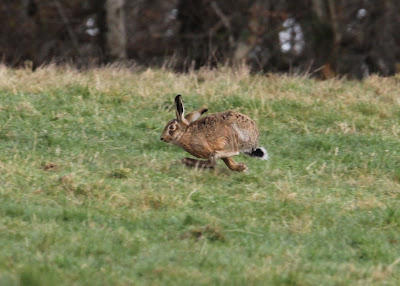 BROWN HAREs were also in evidence, but numbers are not known, along with lots of Redwing, Fieldfare, Blackbird and each location Nuthatches which went berserk vocally when firing started. 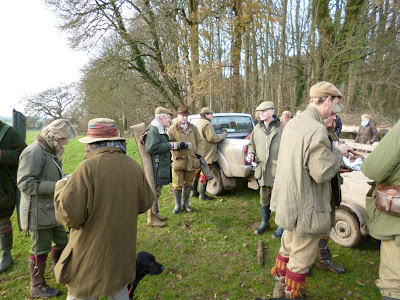 After a full morning walking the estate a hot Bovril drink was served with sausages, with the beverage hitting the spot perfectly.
End of another month and the Stats remain fairly healthy. Only one new country was added to the list, Swaziland, but given the total has now reach 175 that may not be too surprising. UK continue apace towards the magical 100,000 mark as both Croatia and Slovakia broach the 3 figures, leaving Austria teetering on 99.