My change of life-style and the next adventure have been 2 years in the making, and now at last the start is upon us. With most (just about all) of my possessions sold and my house on the market, I can at last shake of the 'old' and welcome the 'new' life I plan for myself. I have to say that in many ways I was getting stifled, and with so much bad feeling manifesting itself towards the end a new way really couldn't have come at a better time. There are many of you I simply couldn't leave behind and will see you in the future, while the 'dead wood' is just that. Most of all, on my return, I am going to embrace the coincidental arrival of Frederick (the Fantastic), Alexander (the Great) and Benjamin (the Brilliant) in the hope of passing on something of myself to them!

Portsmouth, England and the M/V Voyager sailed at 18:00. Not the first choice of vessel as I would have preferred the less formal situation of some kind of cargo ship, but destinations and timing were of the essence which

were able to provide. Add to that the fact that I have sailed with the company before (the Antarctica Adventure) where everything was 'first class' I feel sure the extra cost will be well worth it. 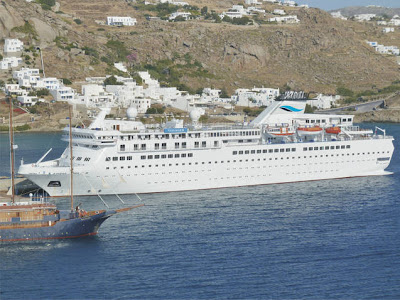 The VOYAGER somewhere else in the world, 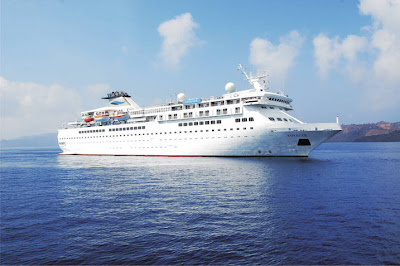 and again just to give some idea of the 'lines' of this really quite small (small is beautiful for me in the marine world) Cruise Liner. By the time I disembark, on the American Continent, it is hoped 2 major ambitions will have been fulfilled, but more of that later in the trip. Early days yet, but I envisage every one of them is going to be packed with things to do even if that means full days of 'Sea Watching', for wildlife that is, so to that end 'Blog Posts' will likely be one day in arrears.
As it can be seen, the matter of being unable to upload photographs has been resolved with both The Captain and Senior Electrical Officer seeming concerned and lending their weight to my plight. So, to continue with the pictorial we go back 2 days and embarkation at Portsmouth Port. 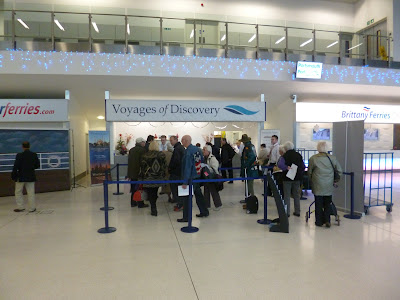 There, the system was extremely slick with passengers boarding the ship by colour coded designation. Luggage was collected by ground staff in the car park for transport to the vessel, while there was only a short wait for most of us at check-in. I was among the last to board, which necessitated a wait but no one was leaving 'till the last person was onboard. 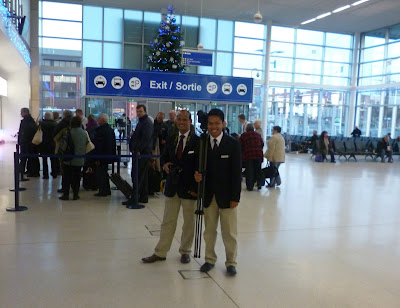 Ships Photographers George and Redel offered their services as each passenger arrived, before being transported by Shuttle Bus to the Voyager. 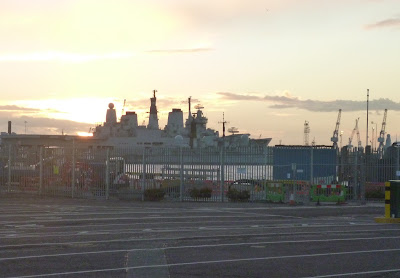 Very soon after this the vessel was underway, with the assistance of Tug Bountiful, along a sea-way I became first familiar with at the tender age of 15 - Portsmouth Harbour. 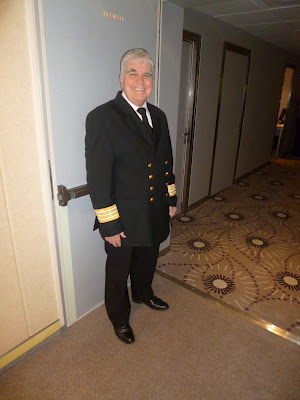 Onboard there was a very warm welcome from Hotel Manager Eddie Thomson, while the pack-pack was being taken to my cabin. 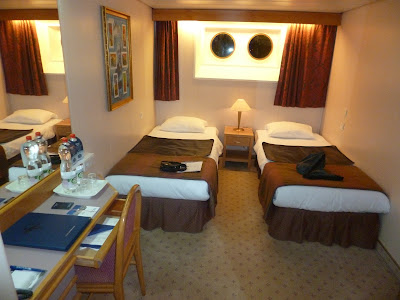 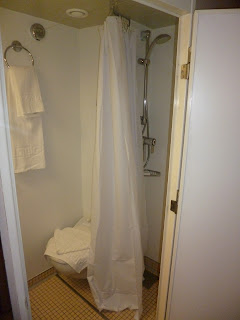 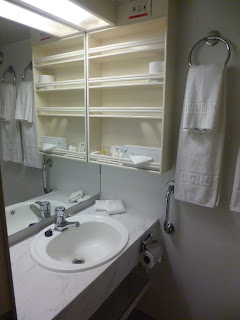 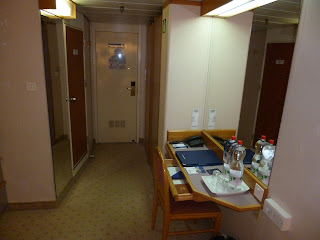 ample space, desk, water, TV (which will lie redundant) along with Cabin Steward who I hope to introduce you to later. 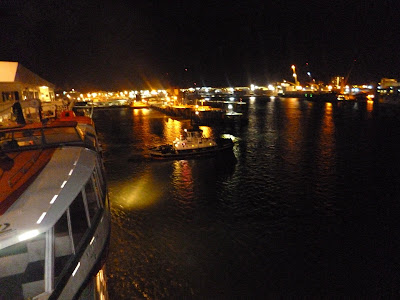 The SERCO Tug Bountiful gently pulls Voyager into the sea-way, 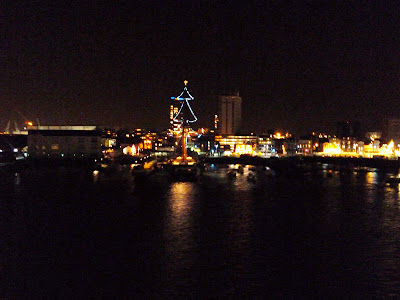 and soon we are heading down harbour, past such familiar landmarks as HMS Warrior, with Main Mast doubling as a Christmas Tree, 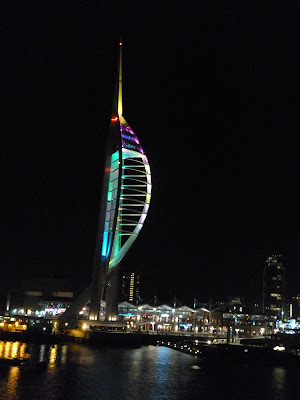 and The Spinnaker which so far remains unclimbed by myself, maybe I'll get round to that on my return?
Some images from The Bay of Biscay 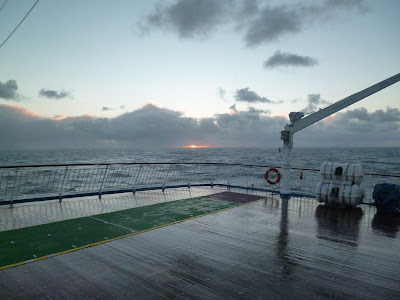 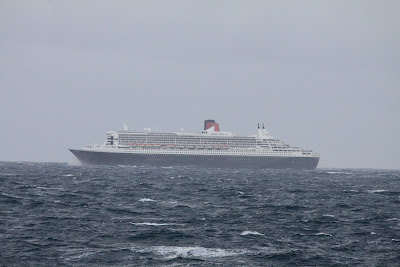 QUEEN MARY 2 on our Starboard Beam 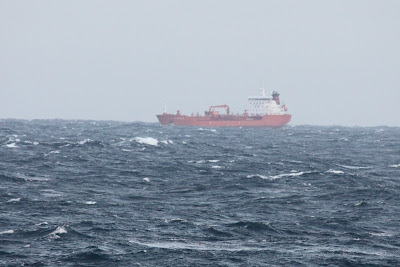 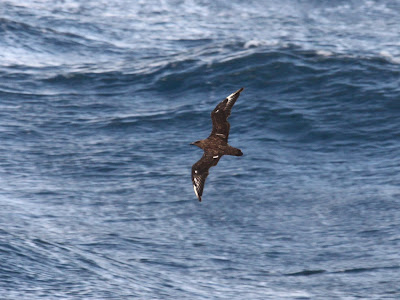 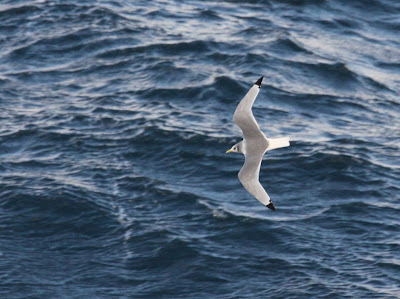 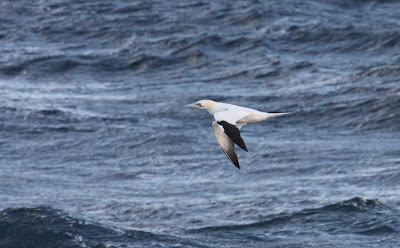 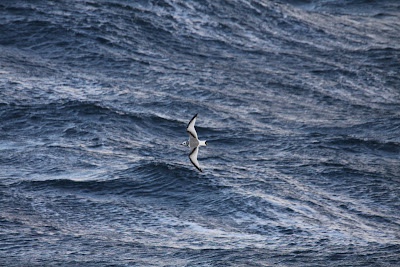 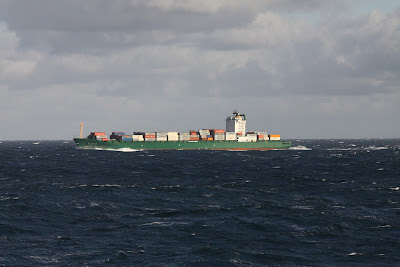 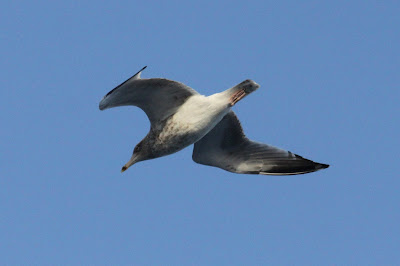 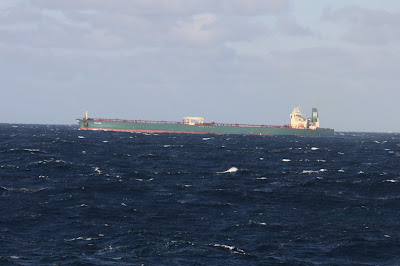 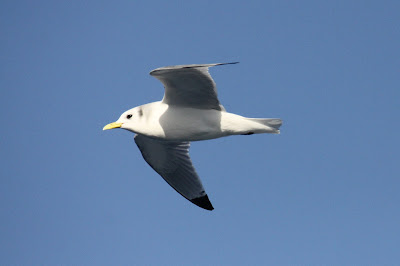 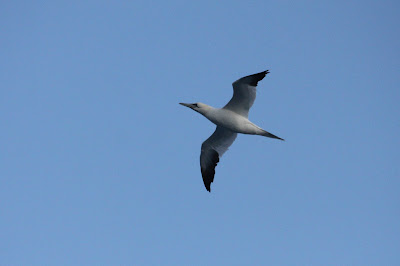 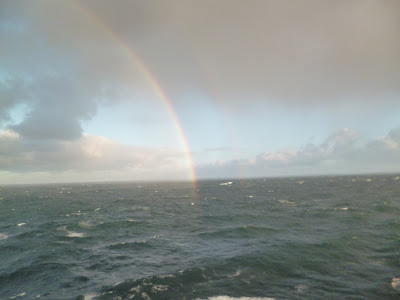