White Bird - It's A Beautiful Day

Another full morning of nothing but the rolling sea, a covering of serious looking rain clouds and a stiff southerly breeze, 'are we going the right way'. Close to noon the sky cleared and the sunbathers descended on the 'bird-watching deck' in numbers, but if they were the reason c3 Flying Fish did glide across the surface at the same time. As the lunch gong struck, most decanted to the Veranda Restaurant when half way through the meal Shelagh pointed and shouted "BIRD". 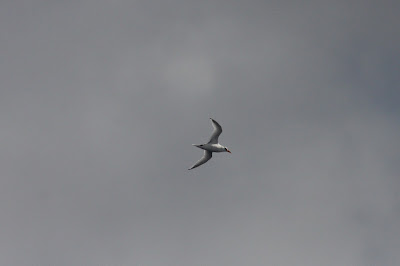 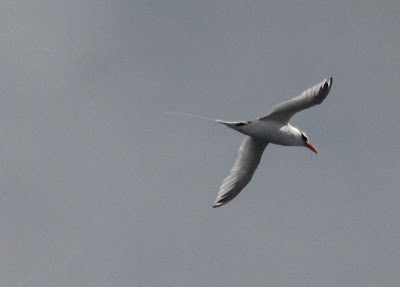 with all the other diners shouting, as if one, "what is it"? 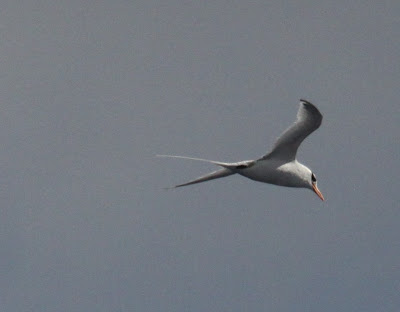 Most definitely a TROPICBIRD 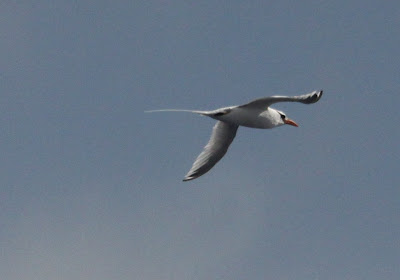 but uttering a reply for me at least was hampered by a mouthful of Cheddar and dried apricot. 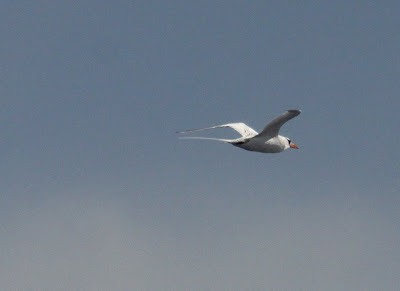 Luck played a huge part in gaining these images as I was hemmed in by other tables and chairs, people were tooing and froing with their food and the bird stayed for just a matter of minutes. 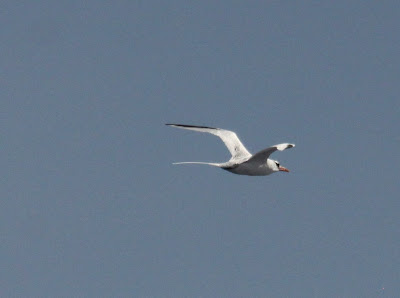 Anyway, here it is the only excitement of another day 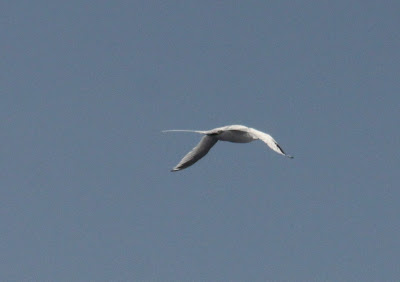 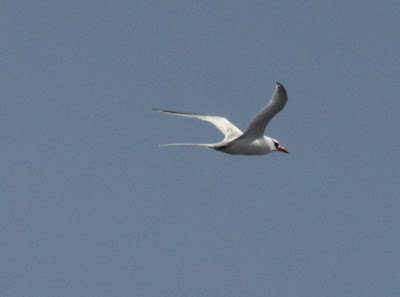 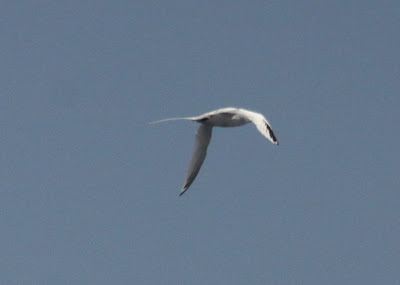 what I believe to be a RED-BILLED TROPICBIRD going by what little of the vermiculations that can be seen at the base of the upper wing and the stout, long bill. This is still very much under discussion, as Brian and Shelagh NEED White-tailed Tropicbird, it makes no difference to my list! 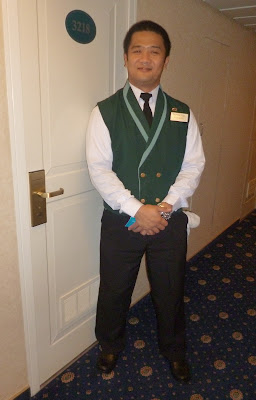 EUGENE my Cabin Steward was sick to death of the story by the time he had finished in my cabin - sorry matey!
Posted by Bagsy at 19:18