At 08:00 this morning I achieved one of my much sort after goals as the Voyager ‘crossed the line’ from Atlantic Ocean to Caribbean Sea, completing my first ever trans-Atlantic voyage. I now have my eyes firmly fixed on the next Marine ambition which will be over a month in the coming, so watch this space. 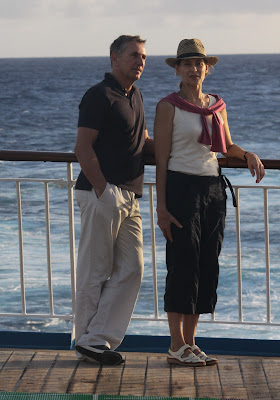 No change at all today as sea, sun and showers prevailed, while there was not a single bird to be seen at least the 'modelling' for the new Voyages of Discovery promotional brochure went ahead. There was some news from home as both Paul Harris and Martin Cade contacted me with news that the afore published Soft-plumaged Petrel identification was incorrect. Not doubting either of these 2 eminent gentlemen for one minute, I will study their findings and comments and make the appropriate amendments as and when time allows. But for the time being, the day was spent in part 'birding' (or maybe more accurately 'non-birding) and taking a closer look around the ship. 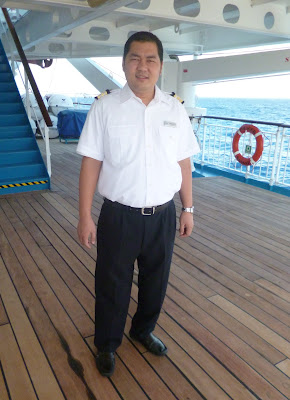 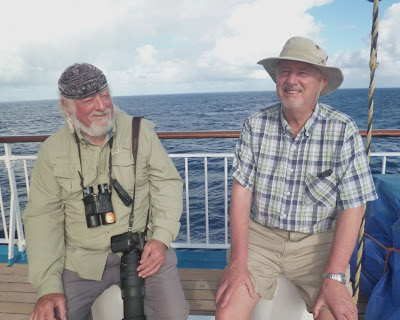 As BRIAN DAWSON and I discussed the prospects for the day. 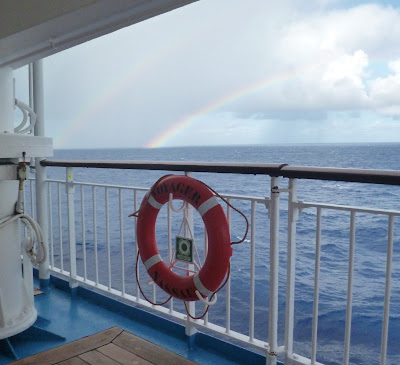 Literally, we have seen more RAINBOWs than birds these 2 being the 8th and 9th.

Ever was it thus, so no surprise that we have an element of the Perpetual Moaning Brigade onboard despite all the staunch efforts of our catering and domestic staff. A word on this matter before continuing the story as the food here has been of the highest quality, prepared to ‘high end’ standards and presented by a staff of true professional who certainly know just what they are about. At the other end are our Cabin Stewards who keep our accommodation spotless and well supplied with all our needs, cleaners who simply never seem to stop working and bar and waiting staff who would be totally at home in any major hotel ashore. 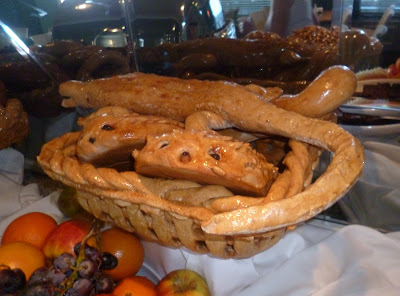 Under the watchful eye of the Catering Manager these DECORATIVE SALT-BREADS are baked then ‘varnished’ as decoration for the food counter lay-outs. What price then when one Old Dutch summoned the Manager to complain that the bread was stale and impossible to eat. Not surprising thought he as he noted she had cut the tail off of the Crocodile! 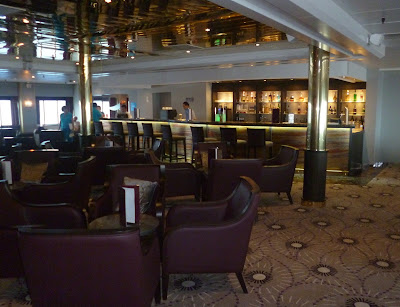 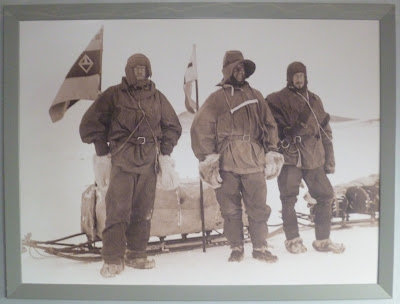 with the man himself along with his Oppo's watching over things. 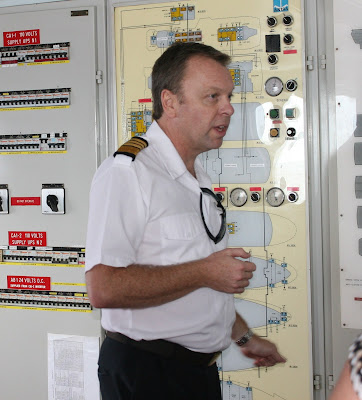 An invitation to the BRIDGE was not to be missed, but with the added bonus of the personal guidance of CAPTAIN NEIL 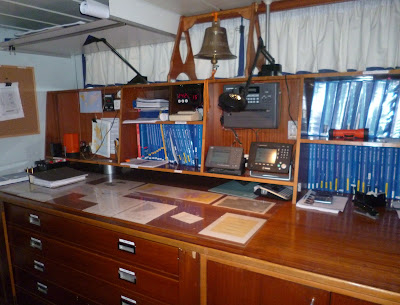 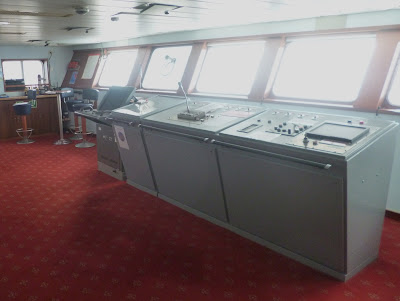 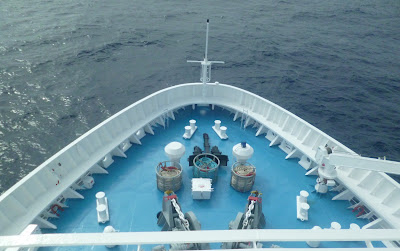 The view down to the FORECASTLE 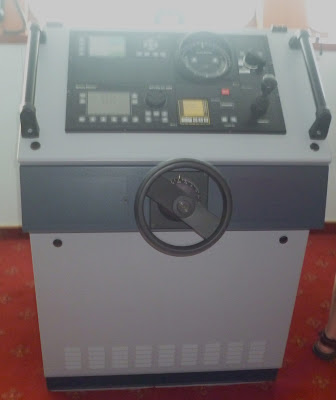 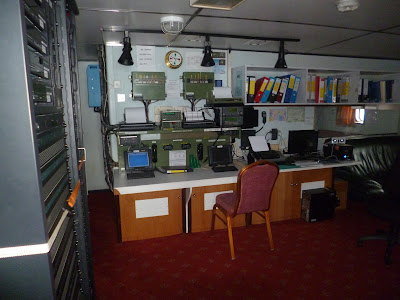 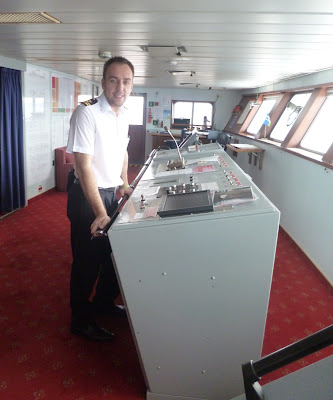 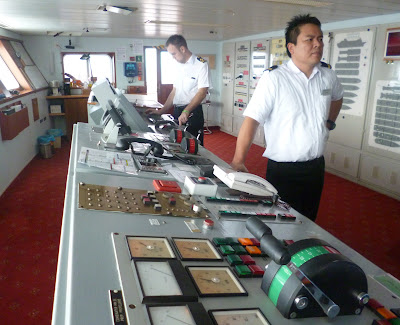 Peter makes a small adjustment to our course and speed as the Duty Security Officer looks on. 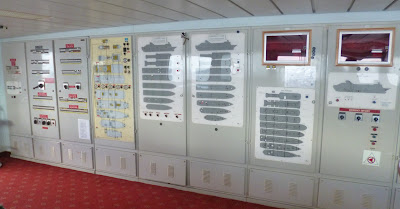 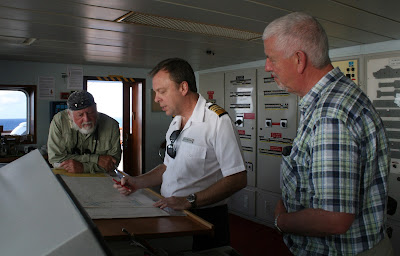 Captain Niel checks my Longitude by Chronometer before committing it to the plot (yeah that would be right). Finally this afternoon and just before dinner we were treated to a vocal extravaganza by the 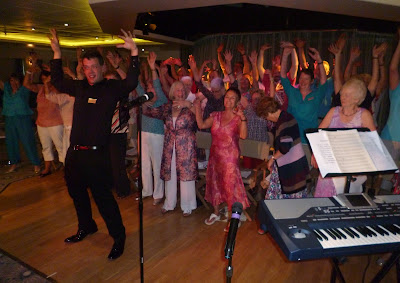 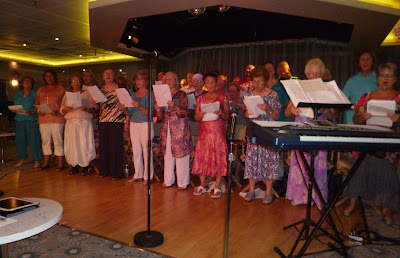 a healthy group of passengers who, under the direction of Paul Lyon the ships Musical Director, have formed a choir of magnificent proportions. It was truly unbelievable - WELL DONE ONE and ALL!
Posted by Bagsy at 22:29