The flood waters may not have reached the house, but they are sure as hell playing havoc with the Internet. Plan B has been to use the office access but due to a late return yesterday that was bolted and barred so no Post - the GOOD NEWS - here's the Post!
The shores of Poole Harbour are always great for a diverse selection of birds, so a whole day was spent there with a good deal of success while missing what could be considered almost certainties. The view point at Evening Hill gives a chance to view the stretch of water between the mainland and Brownsea Island and the managed Lagoon at the other side. A small group of 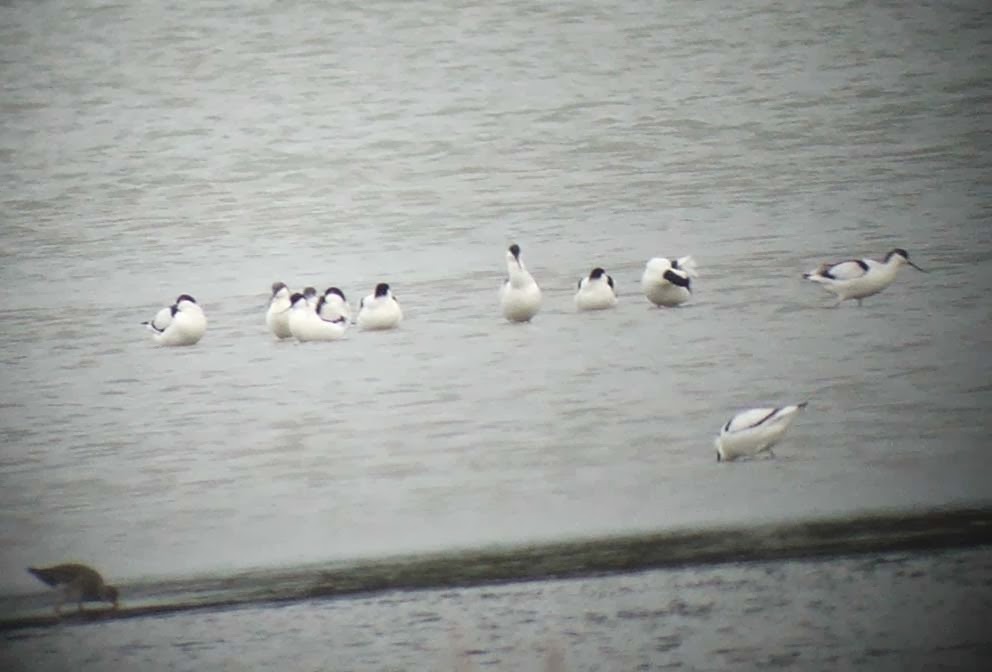 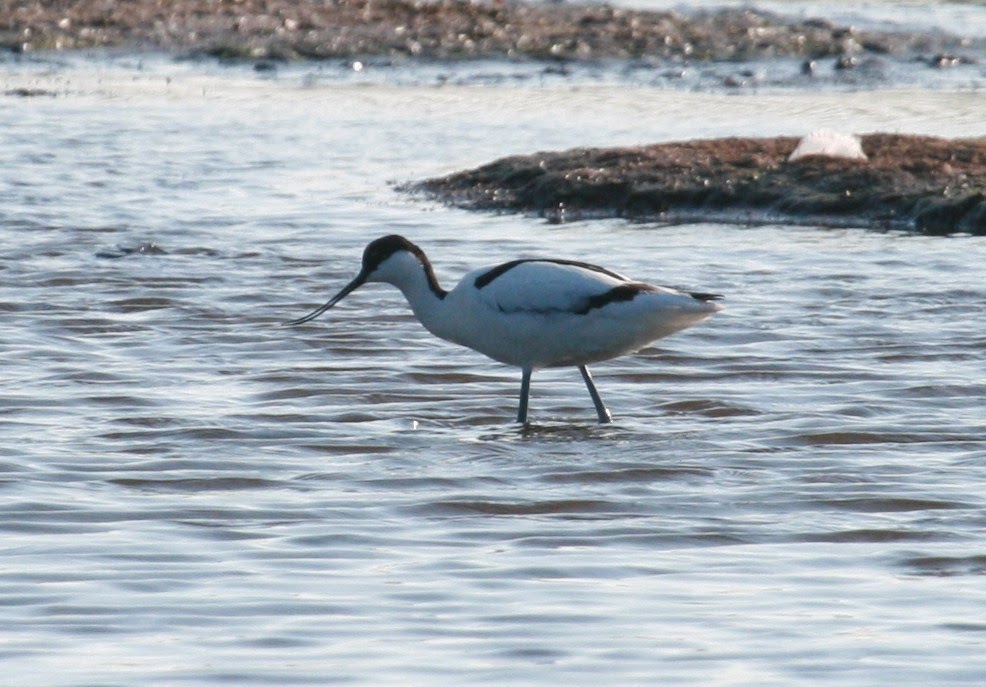 were feeding veraciously but at such distance they were little more
than dots. No matter, closer views would be afforded later in the day.
These were an addition to the Dorset List unlike the lone 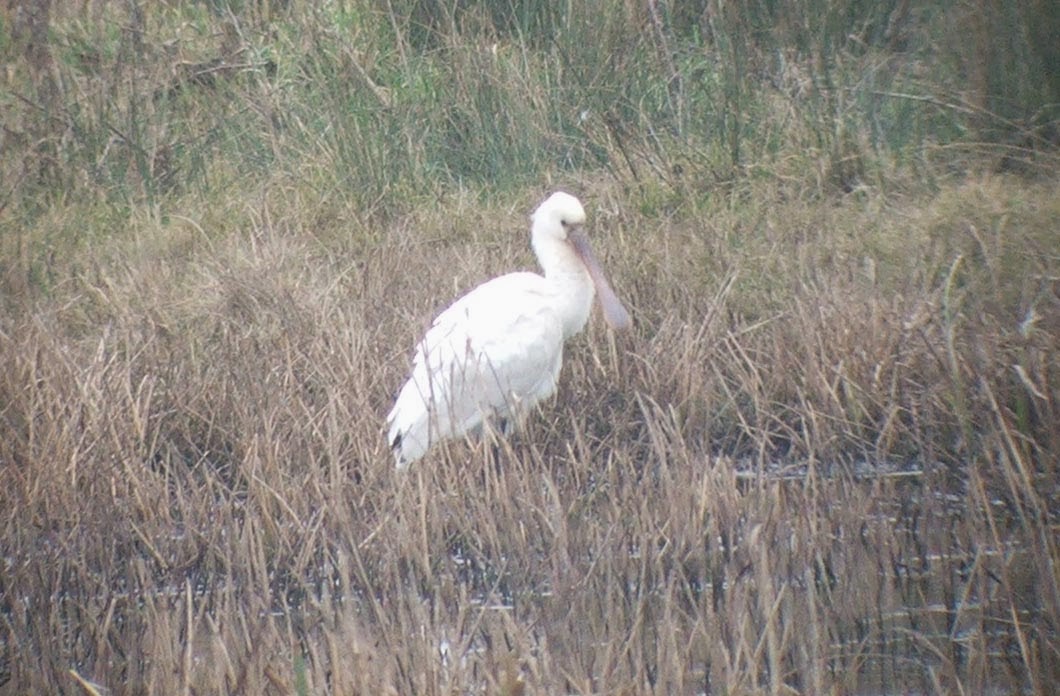 SPOONBILL*
that added to the Year* 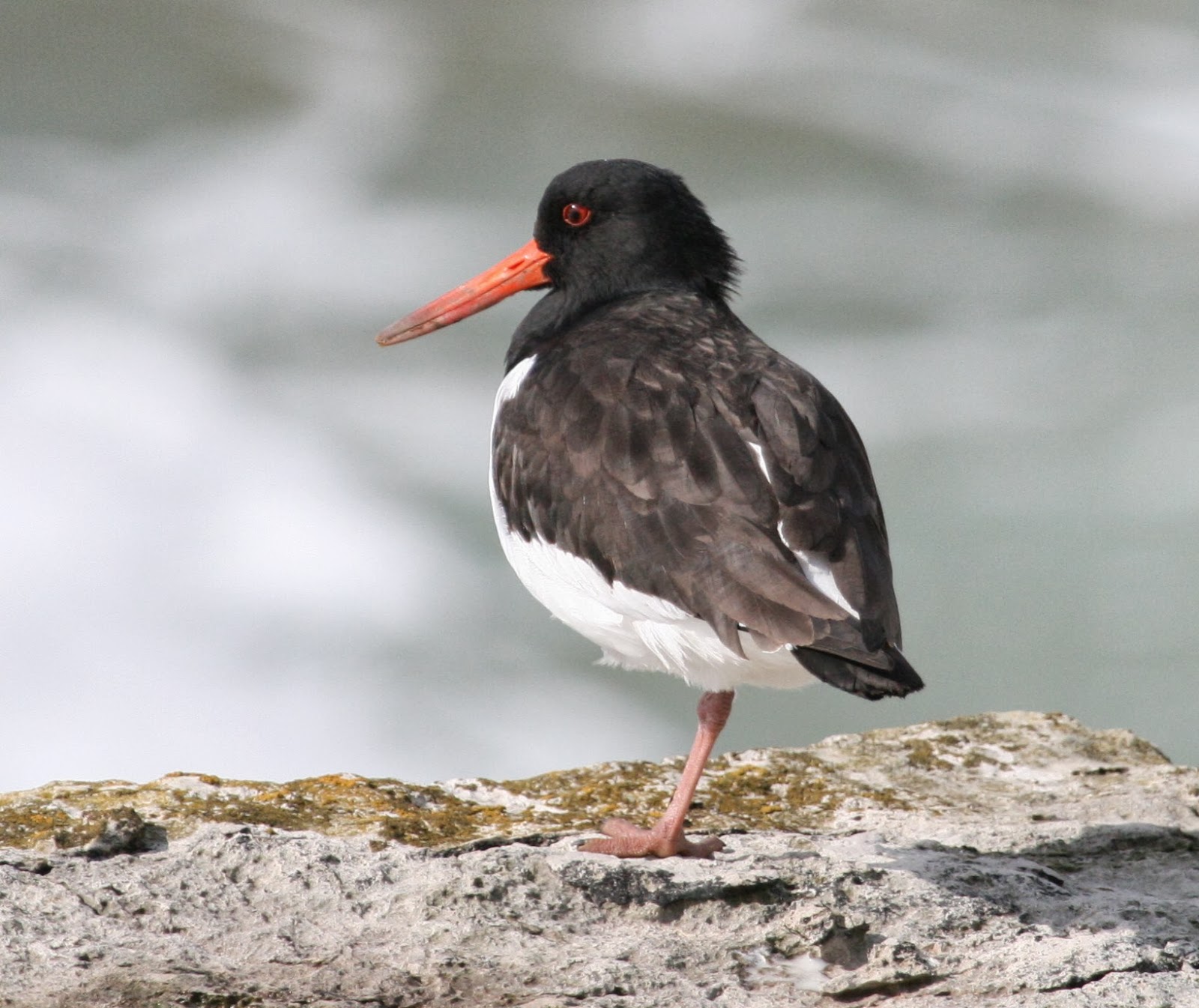 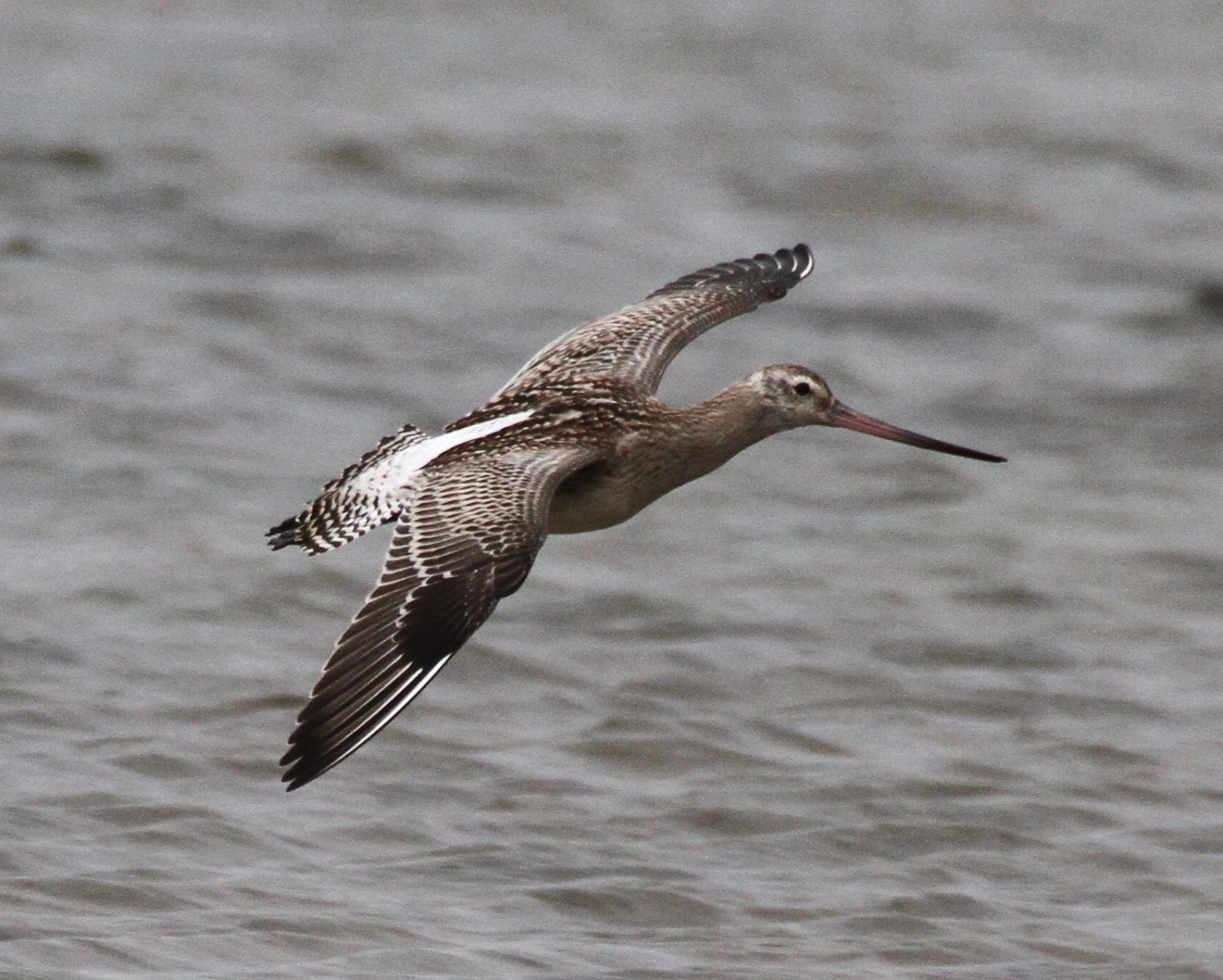 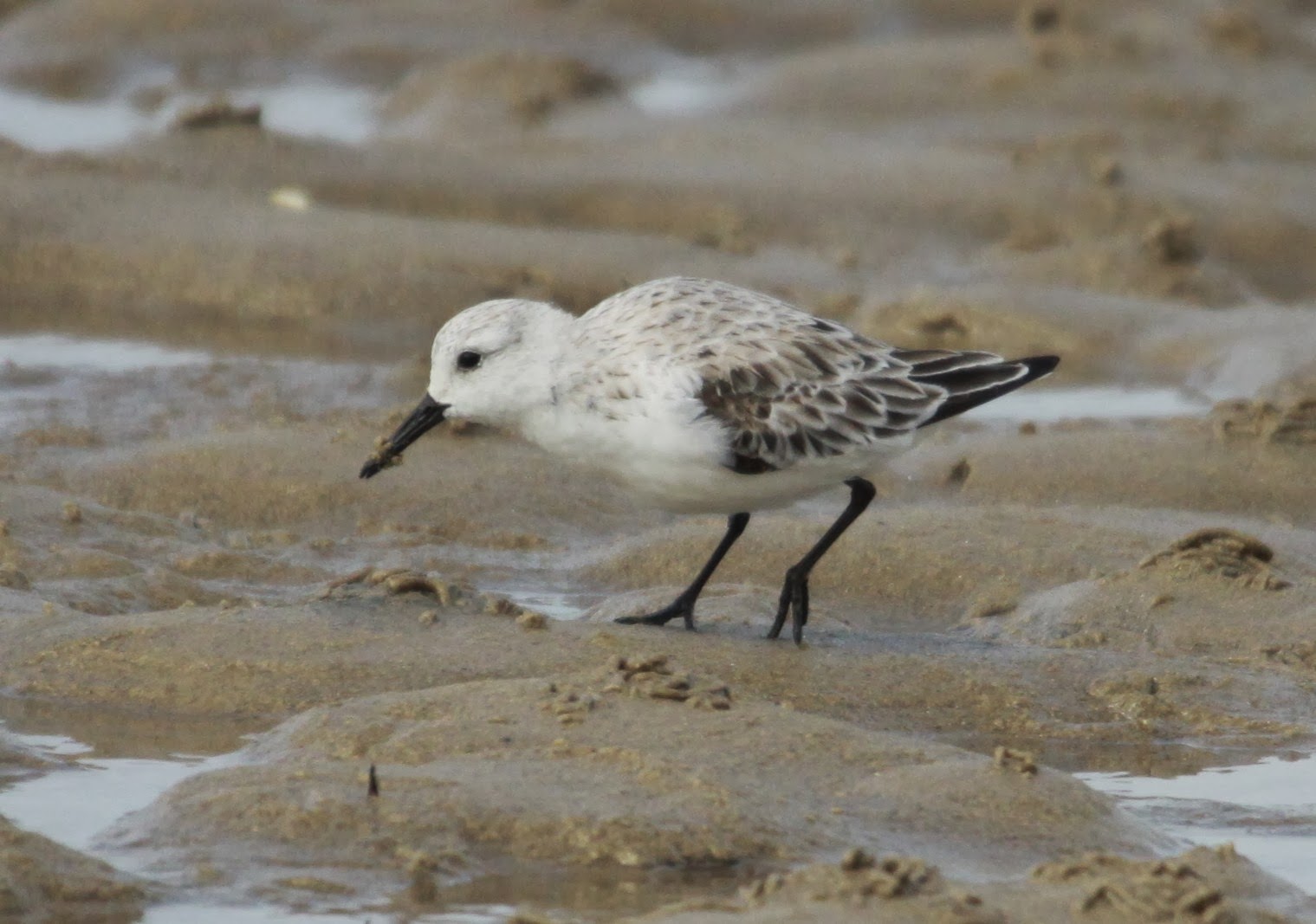 GREY PLOVER
(mostly in good numbers) were all new for the County along the
foreshore leading to the Sandbanks/Shell Bay Chain Ferry, while on
the other side 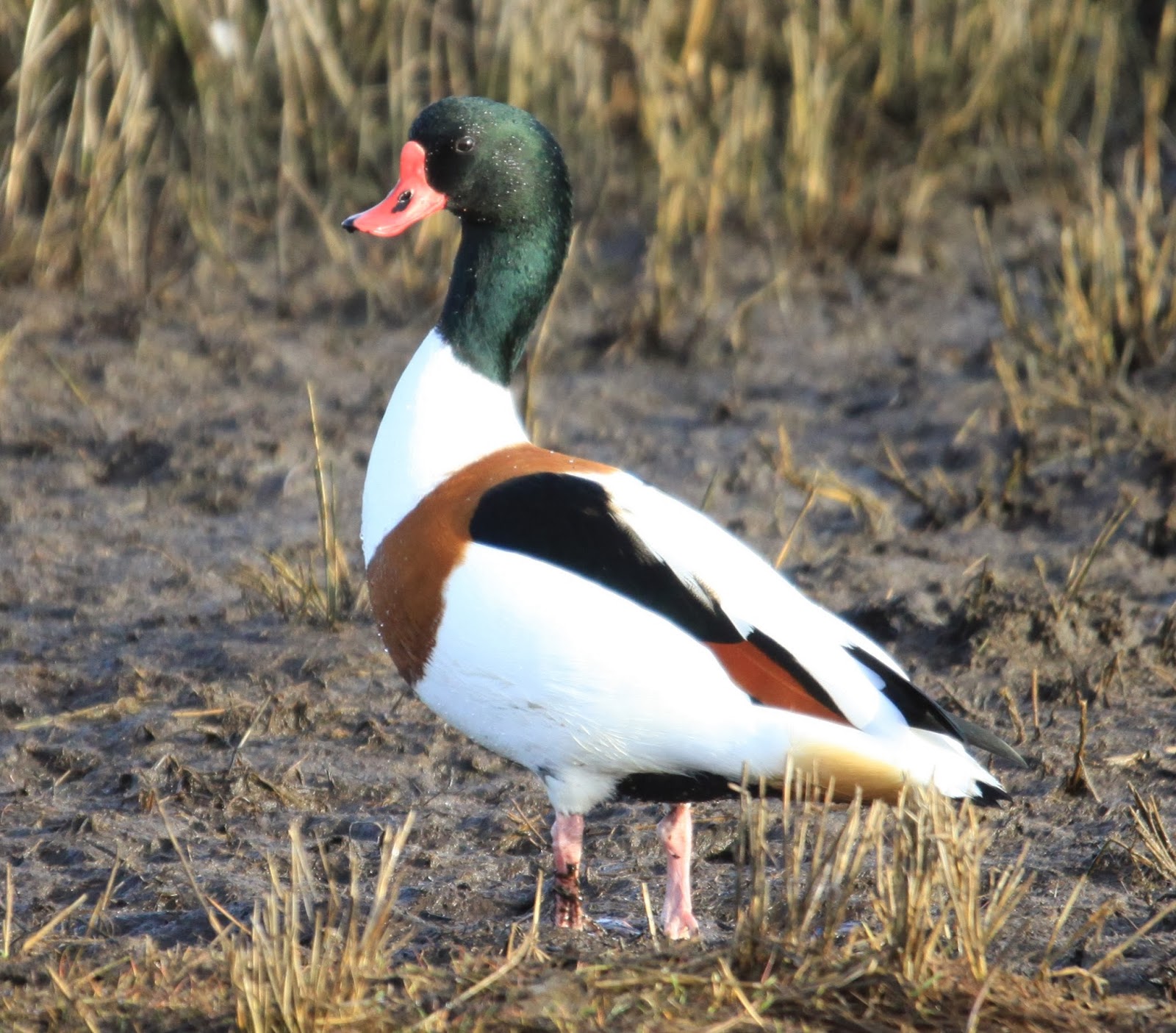 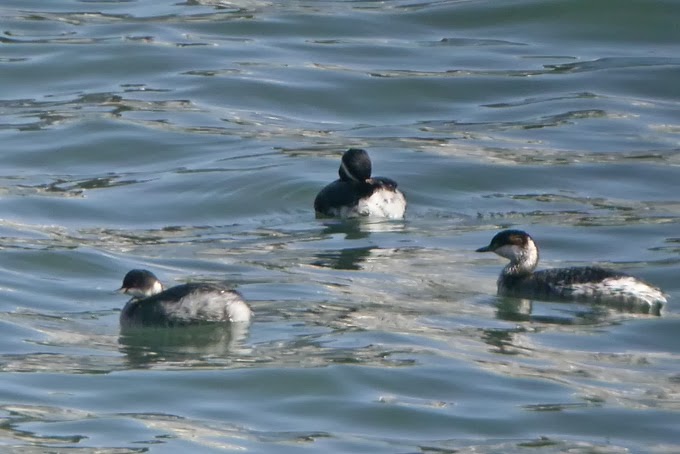 and BLACK-NECKED GREBE*
at Gerry's Point and soon after the arrival of another birder I managed
to re-locate the now 'long staying' Surf Scoter*.
The search for a Yellow-browed Warbler at Knoll Beach
drew a blank but a couple of male 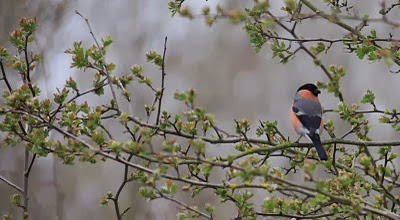 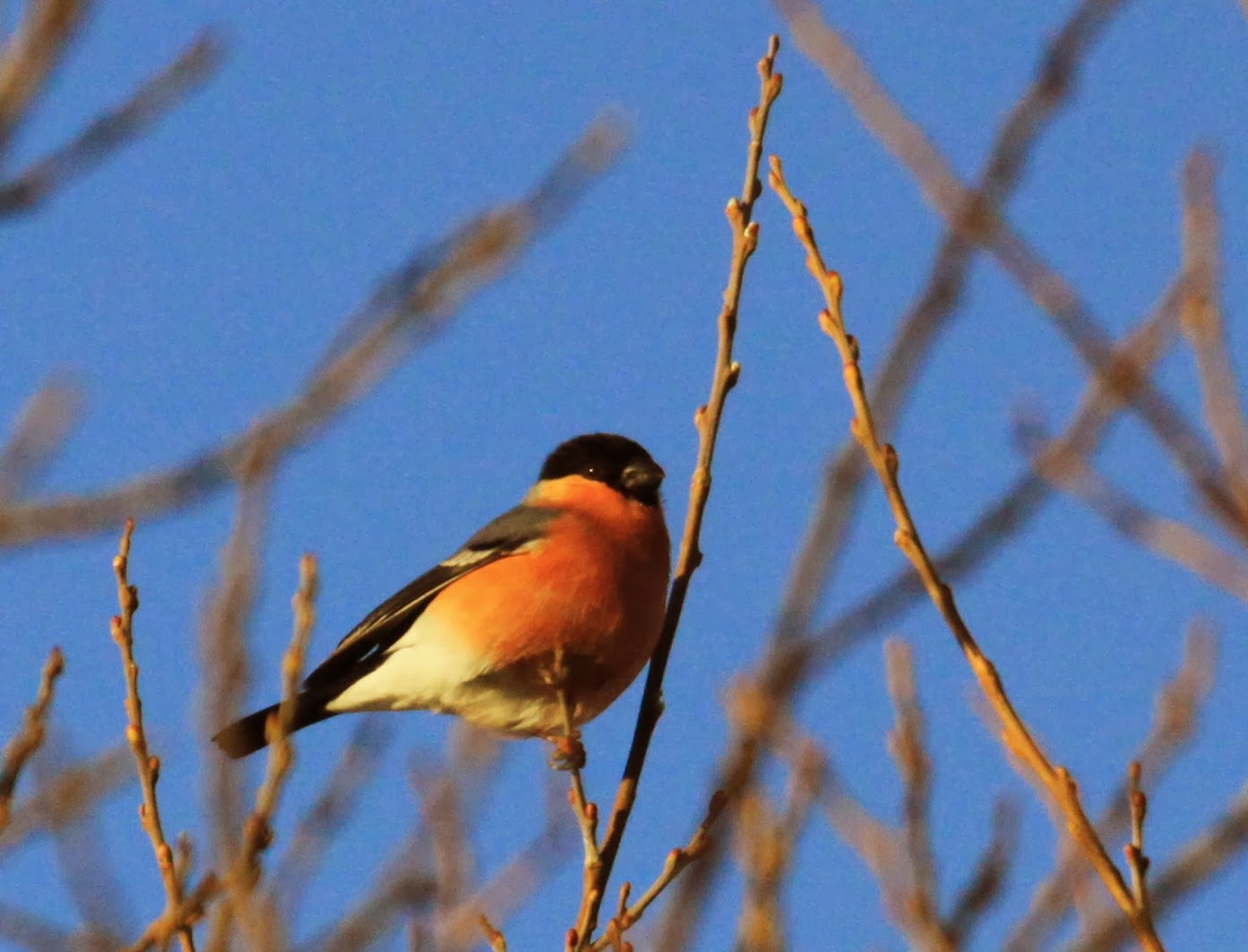 BULLFINCH
provided a bit of compensation. 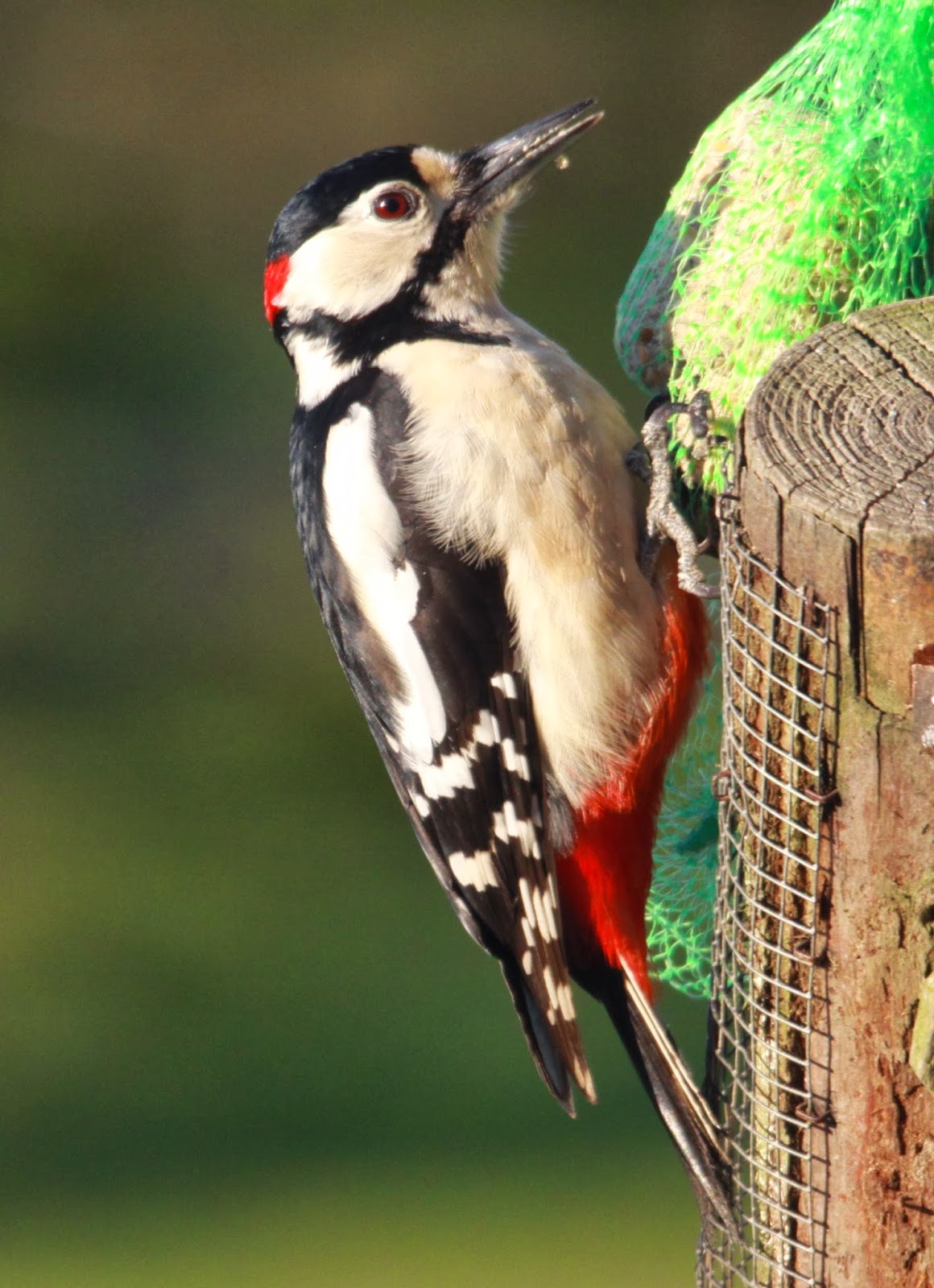 RING-NECKED PARAKEET*
to come to me.
The sight from the hide at Middlebere was one to behold, an estimated
500 Avocets with among them 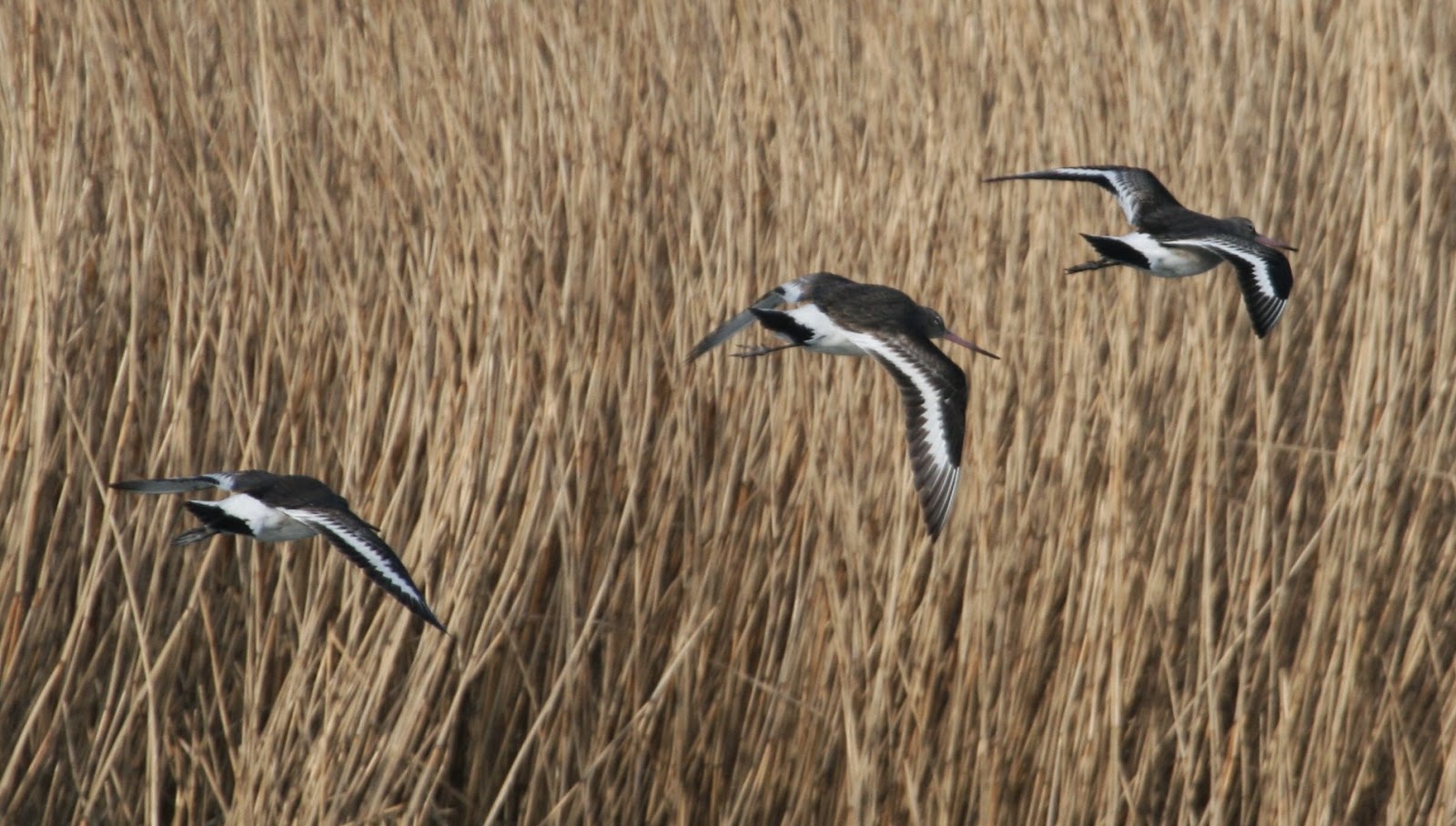 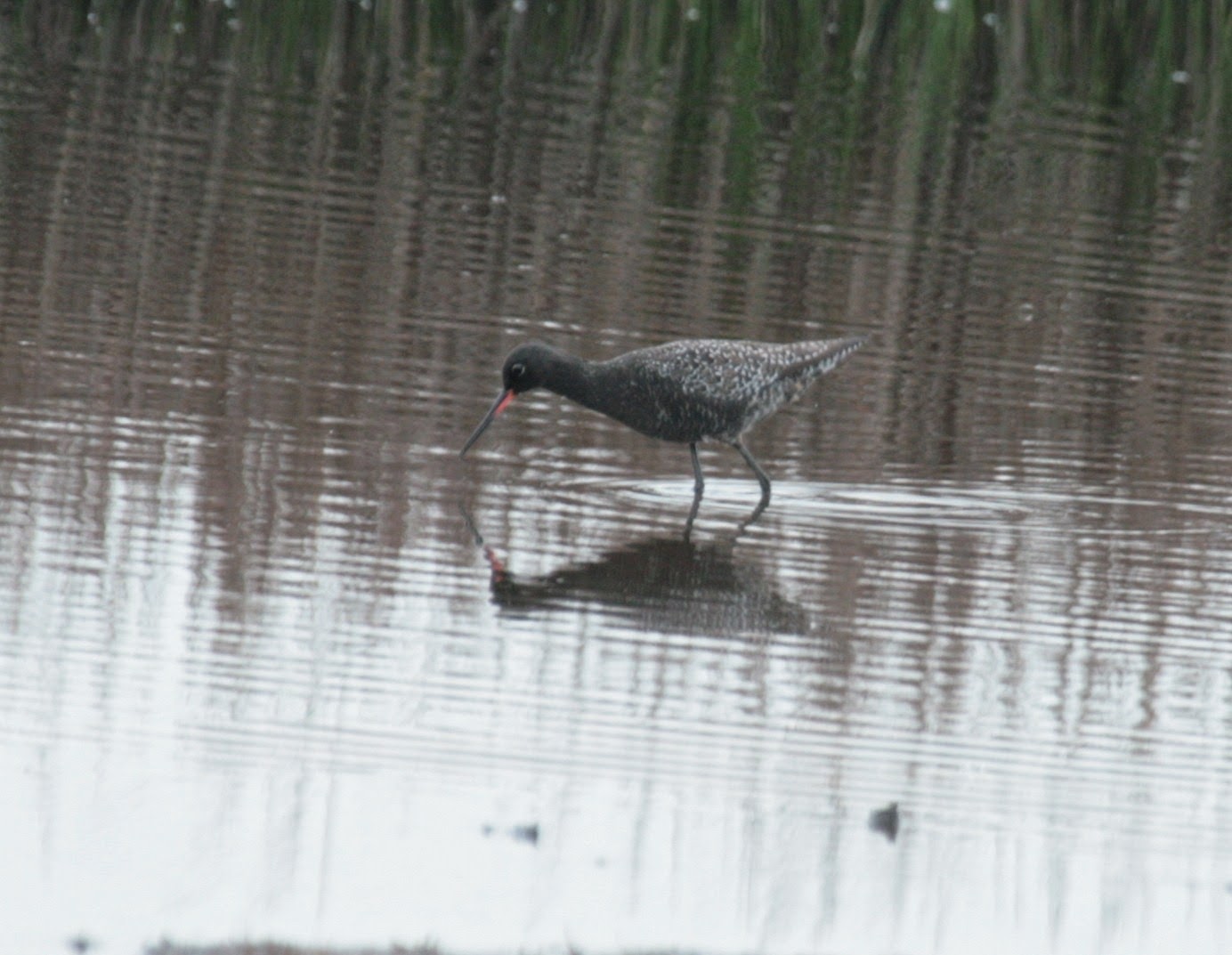 SPOTTED REDSHANK*
not in this (summer) plumage I hasten to add.
Things were going rather well, but at Ovens Hill none of the 'certain'
Dartford Warblers showed sight or sound and neither did Stonechat.
However, there was to be another c3 bonus, a big one personally, as LESSER REDPOLL*
has not been seen by me in Dorset for a few years now. 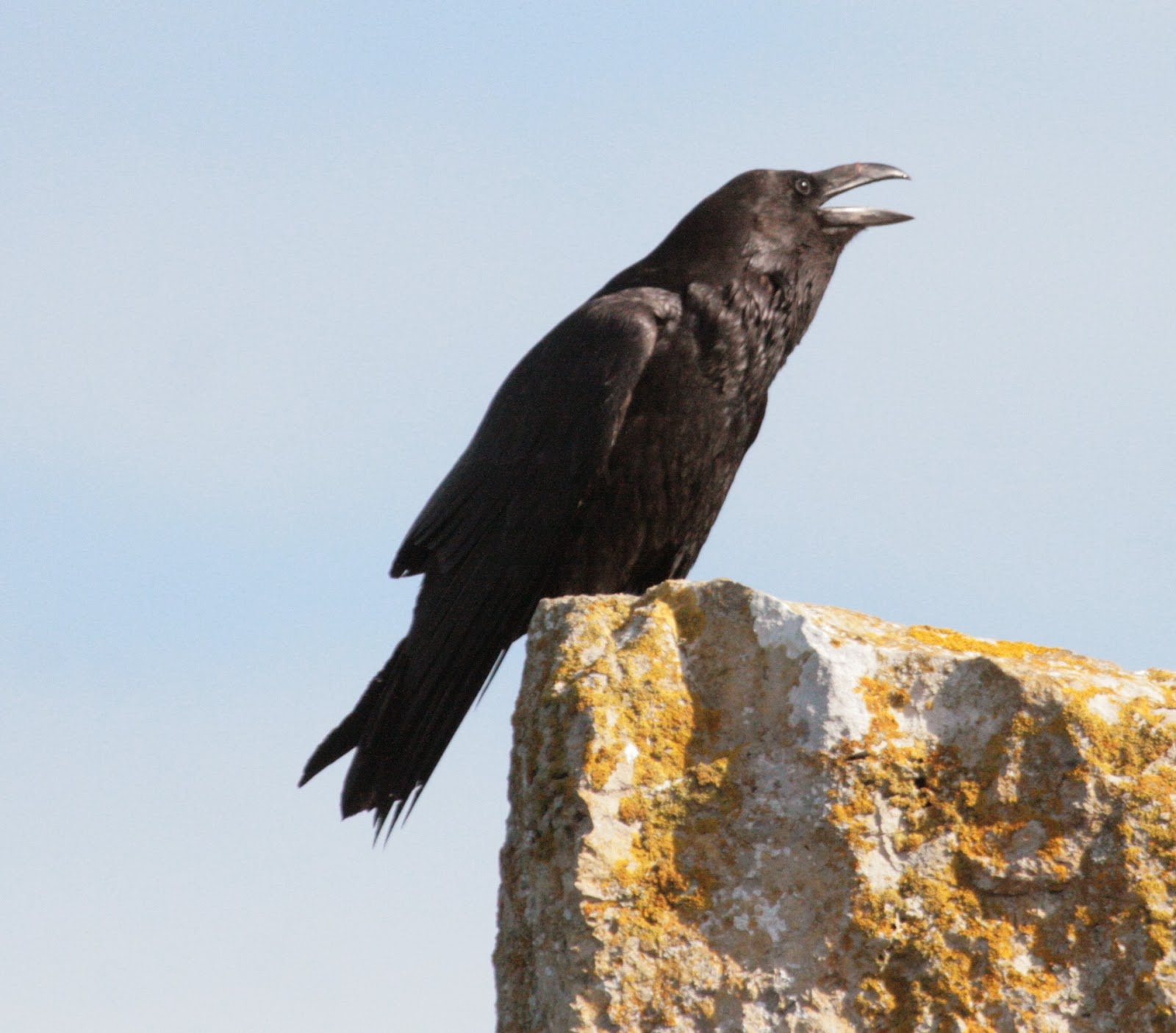 A 'fly-over'
RAVEN*
was also seen here, along with c2 more on my way back.
However, as the gloom was setting in there was just one other port of call, Poole Park for the 'first winter' male 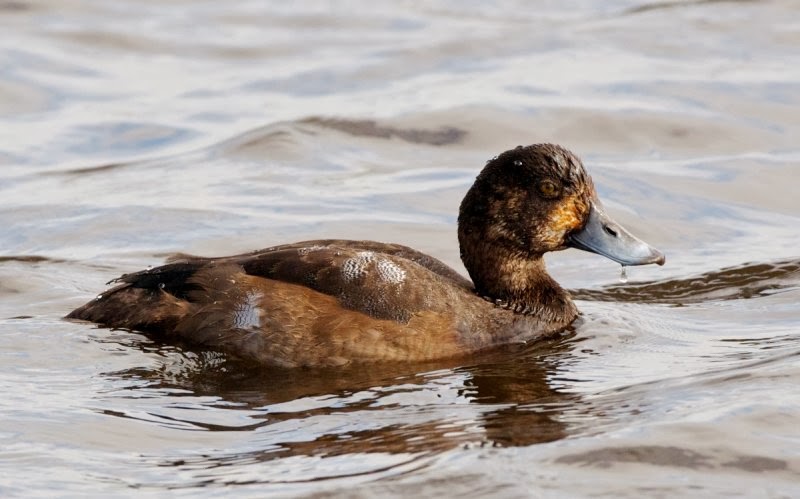