Regardless of whether there are any unusual birds there or not, both Longham Lake and the Avon Causeway have grown on me as most interesting 'birding' sites during my short period of exploring them. Over the past couple of days there has been little by way of change at either except at the lakes where some 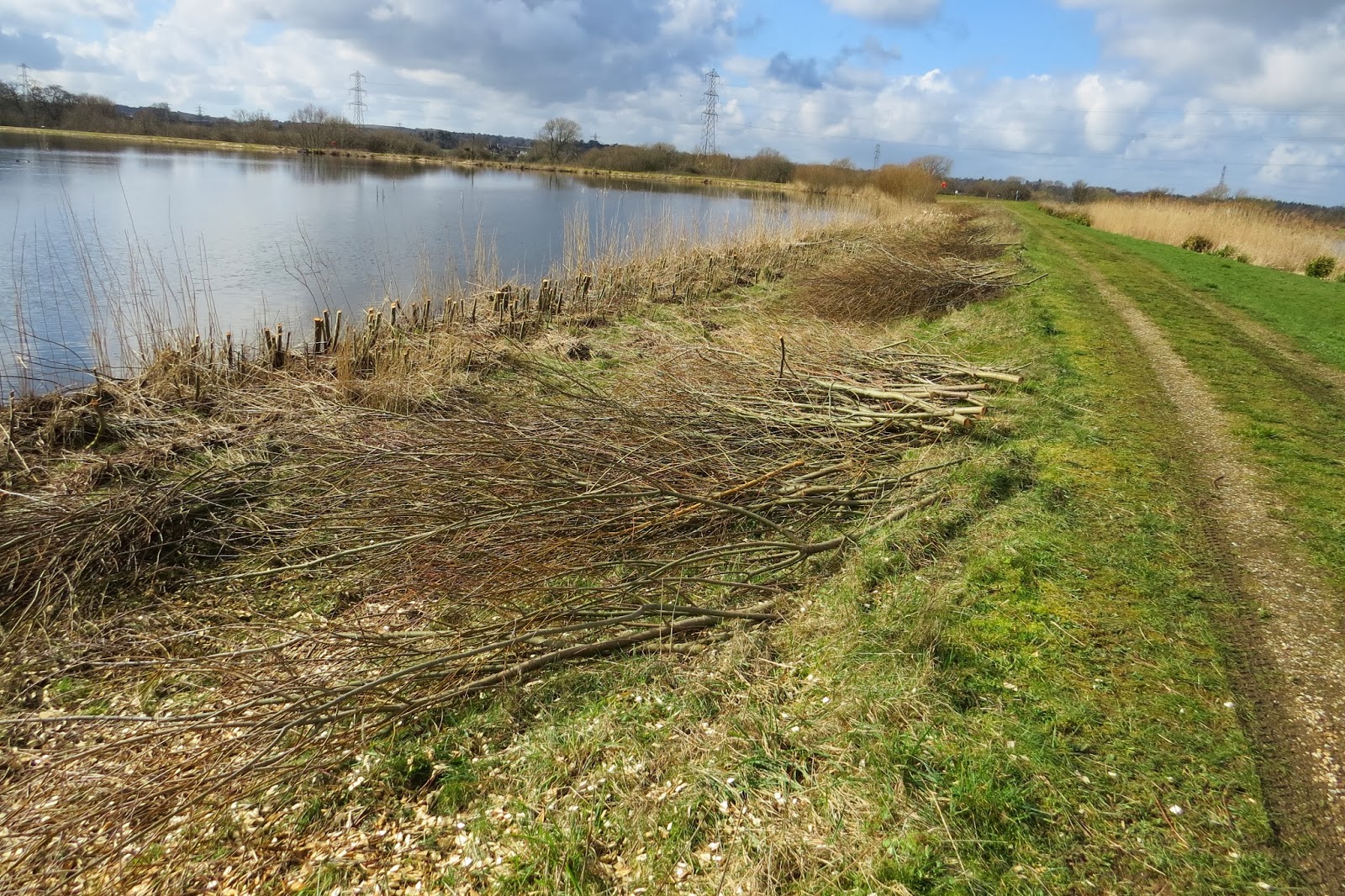 WILLOW COPPICING
has taken place. Some have been left in place, as may be seen distantly,
while in the cropped area views of the watercourse are much improved. 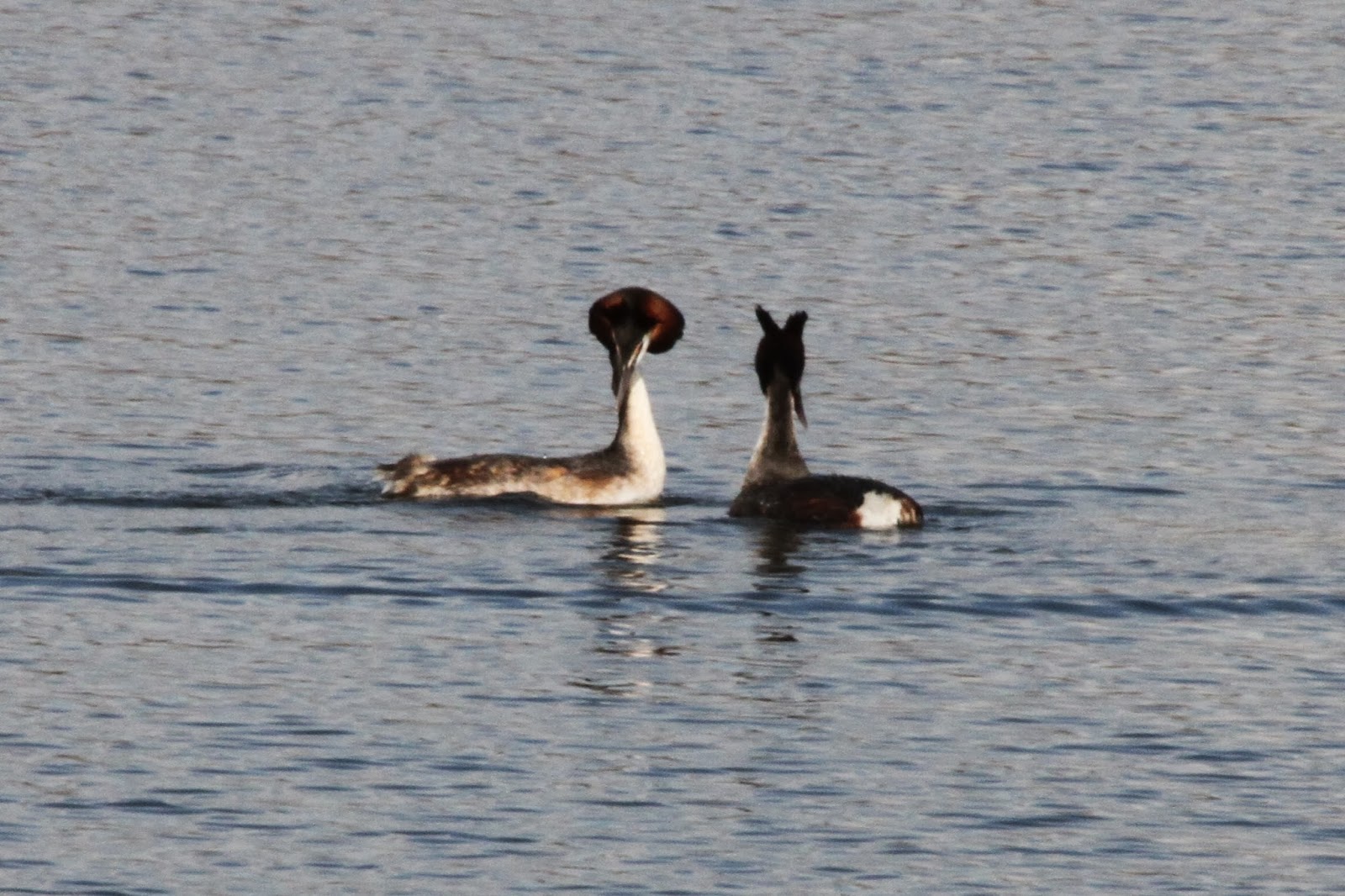 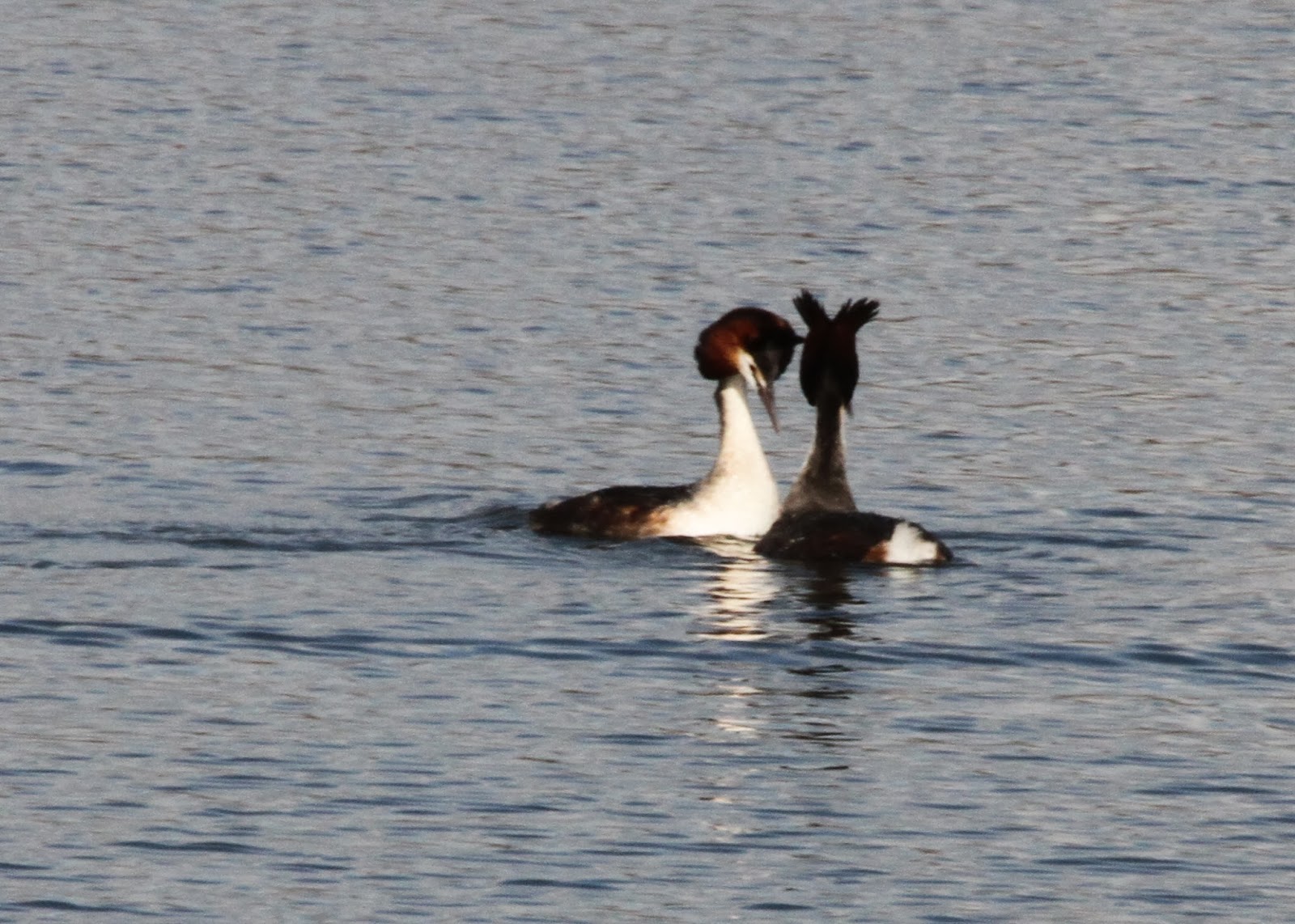 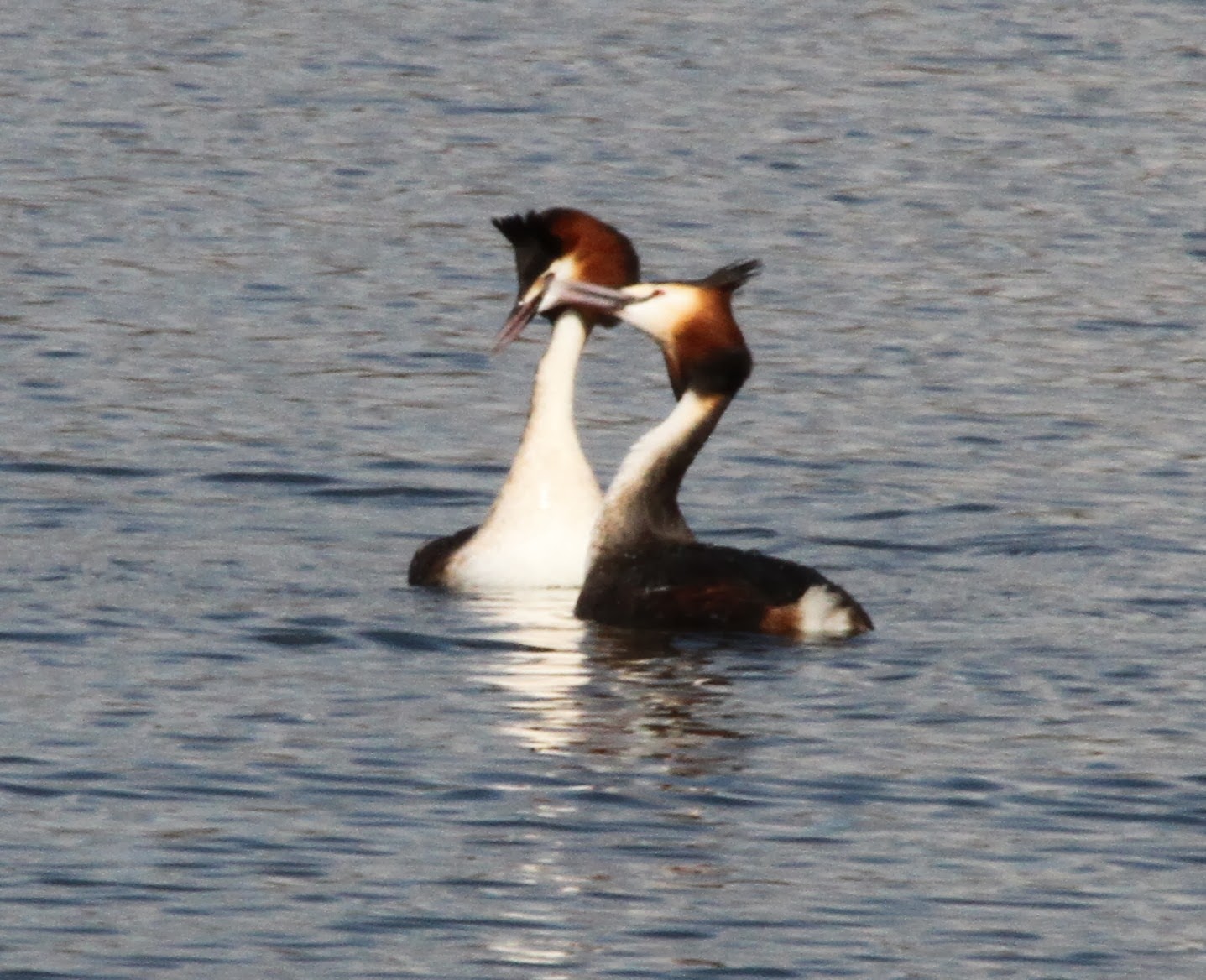 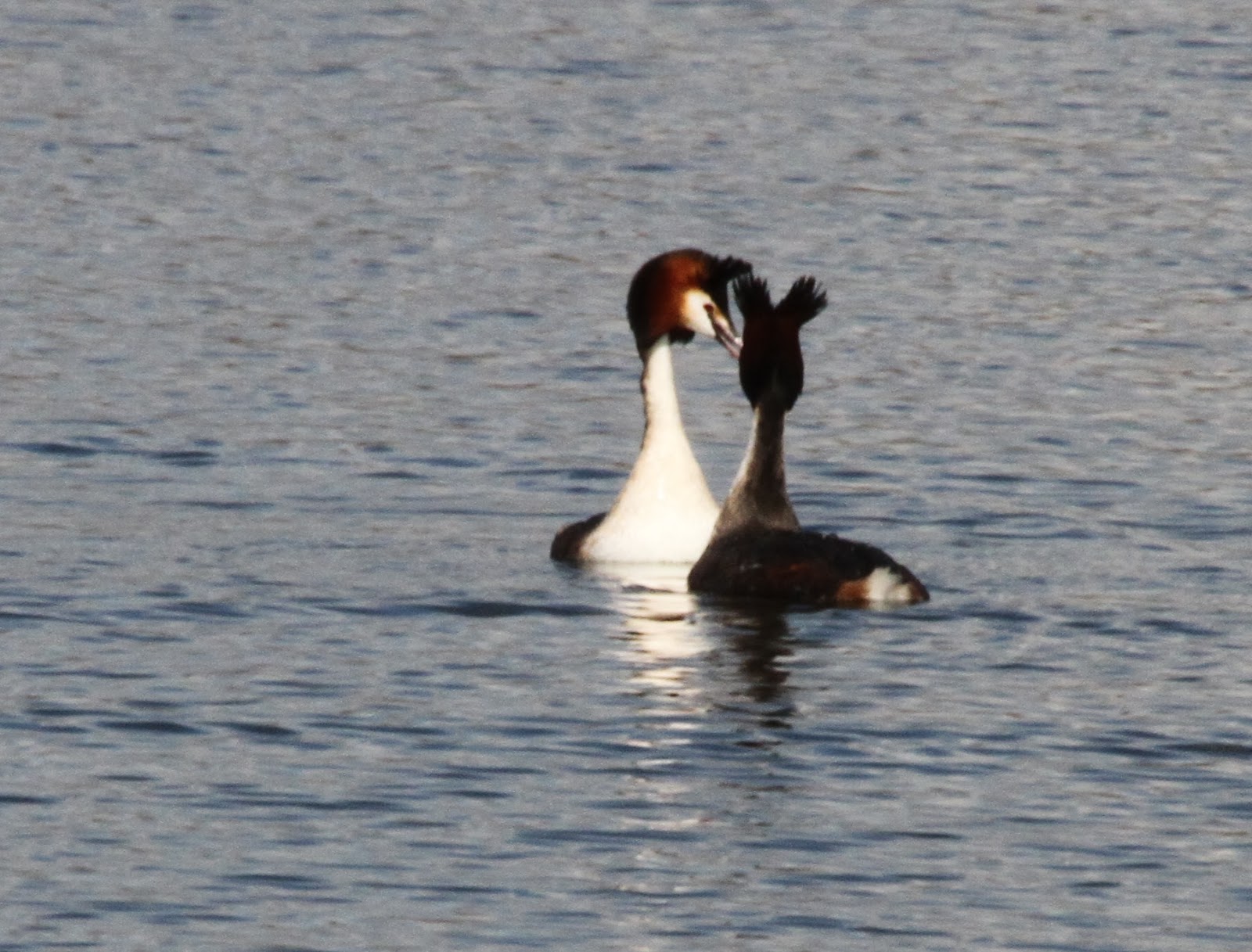 their 'ballet' like display is well worth the watch. 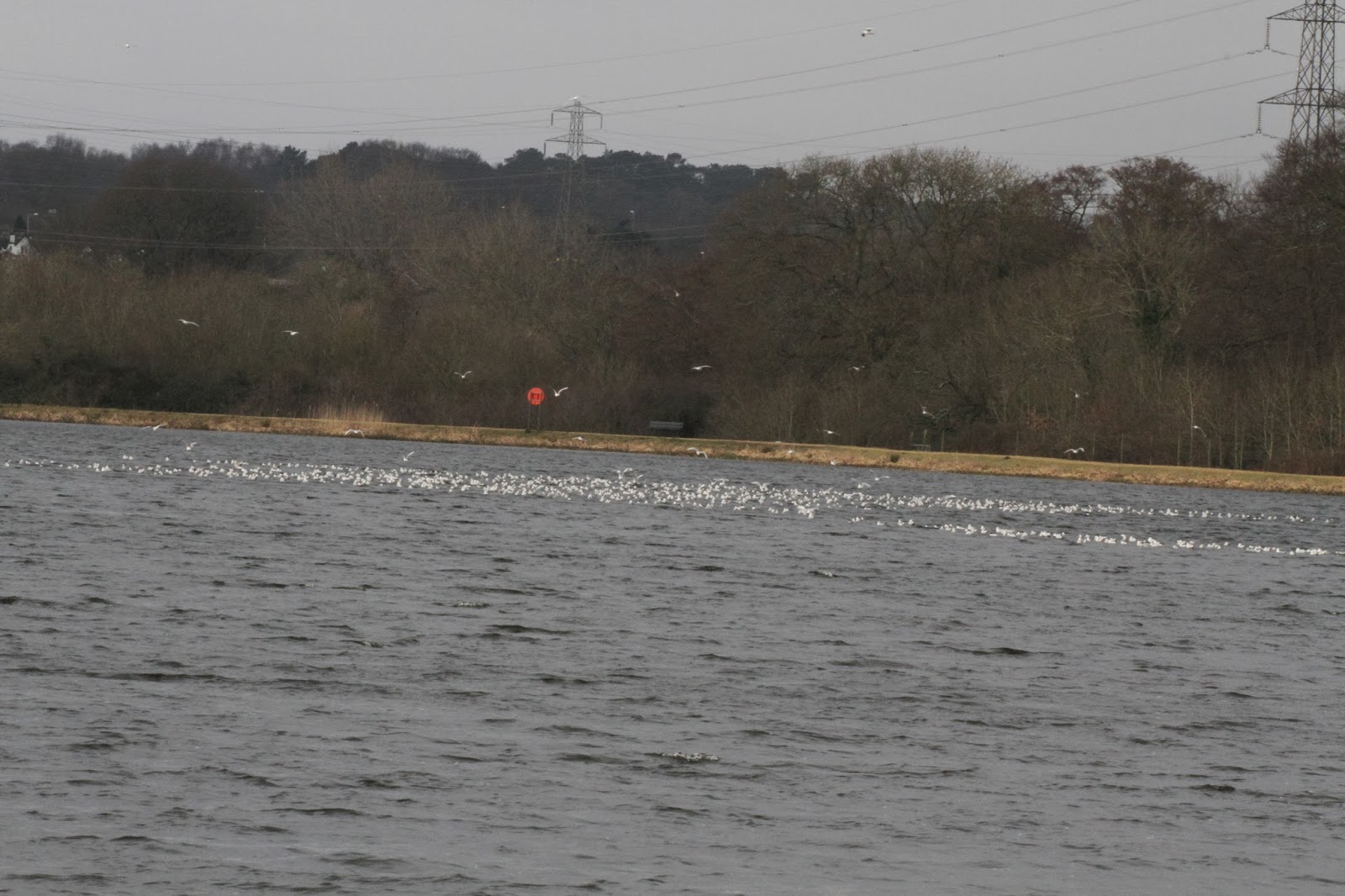 Various GULLS have also been prominent here of late with
this group being mainly Black-headed from which the 'call' of
Common Gull was also heard and the was at least a single
Mediterranean Gull. 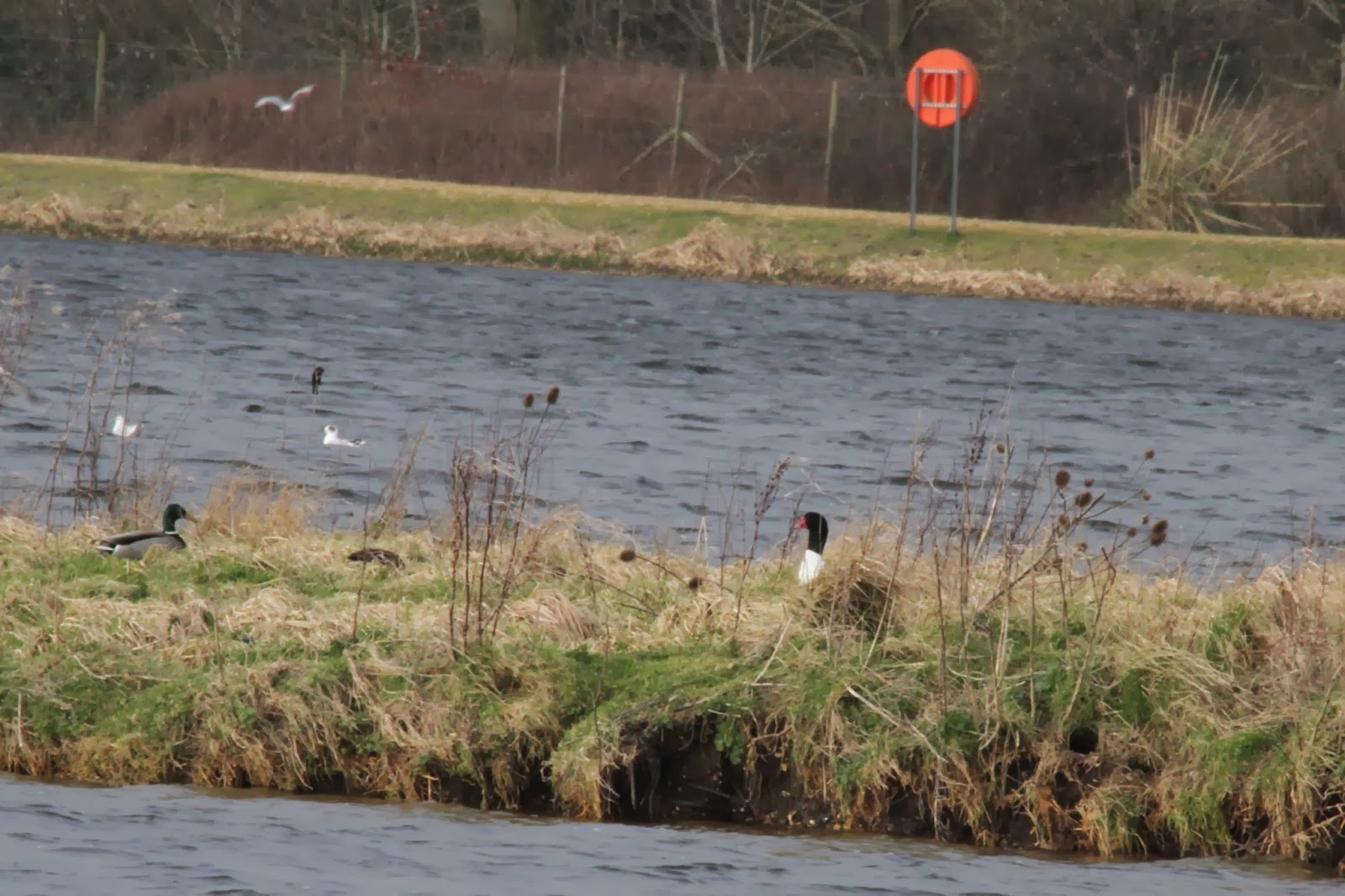 Also returned to the lakes c2 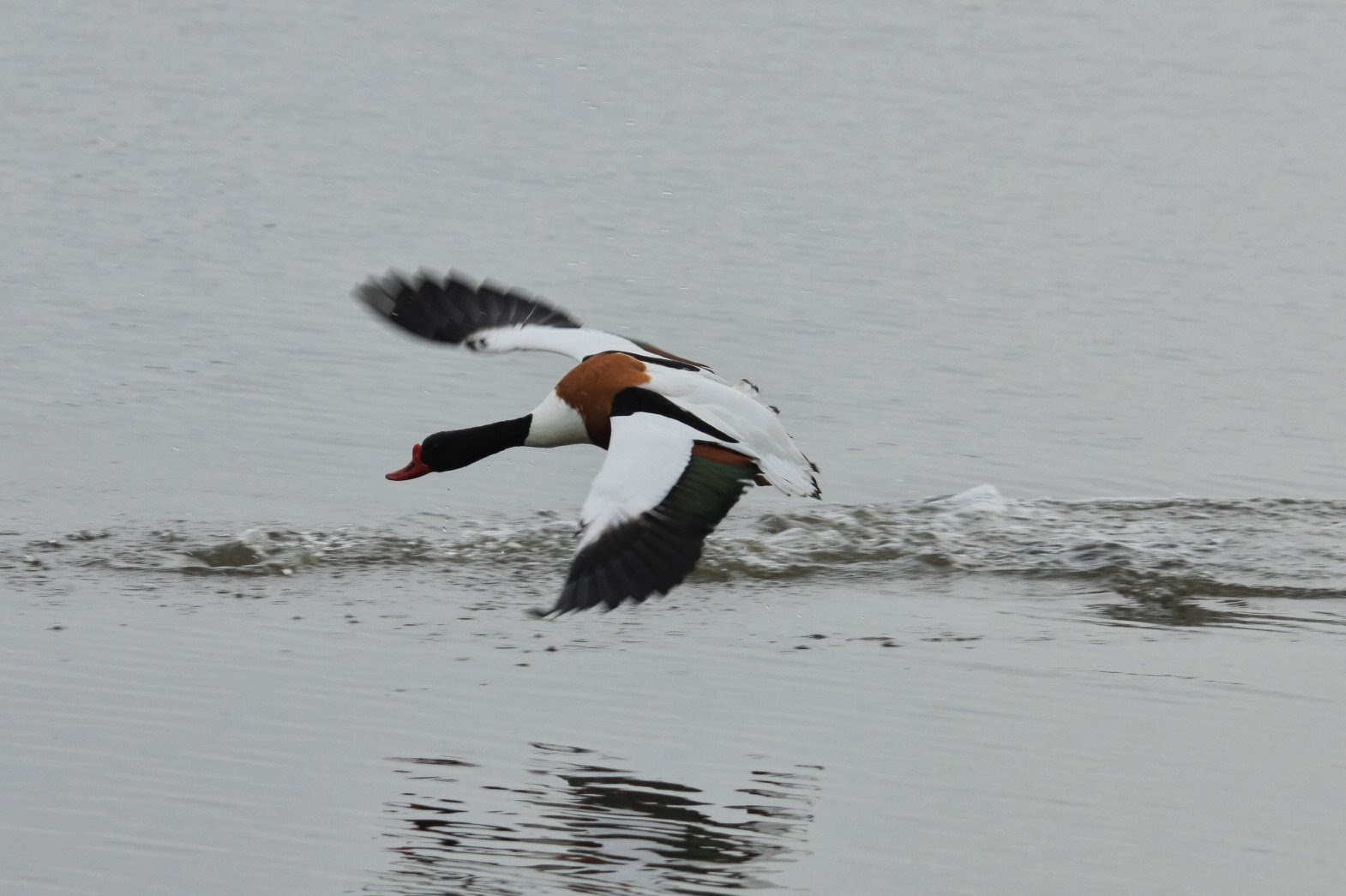 SHELDUCK
which are the first noted this year. 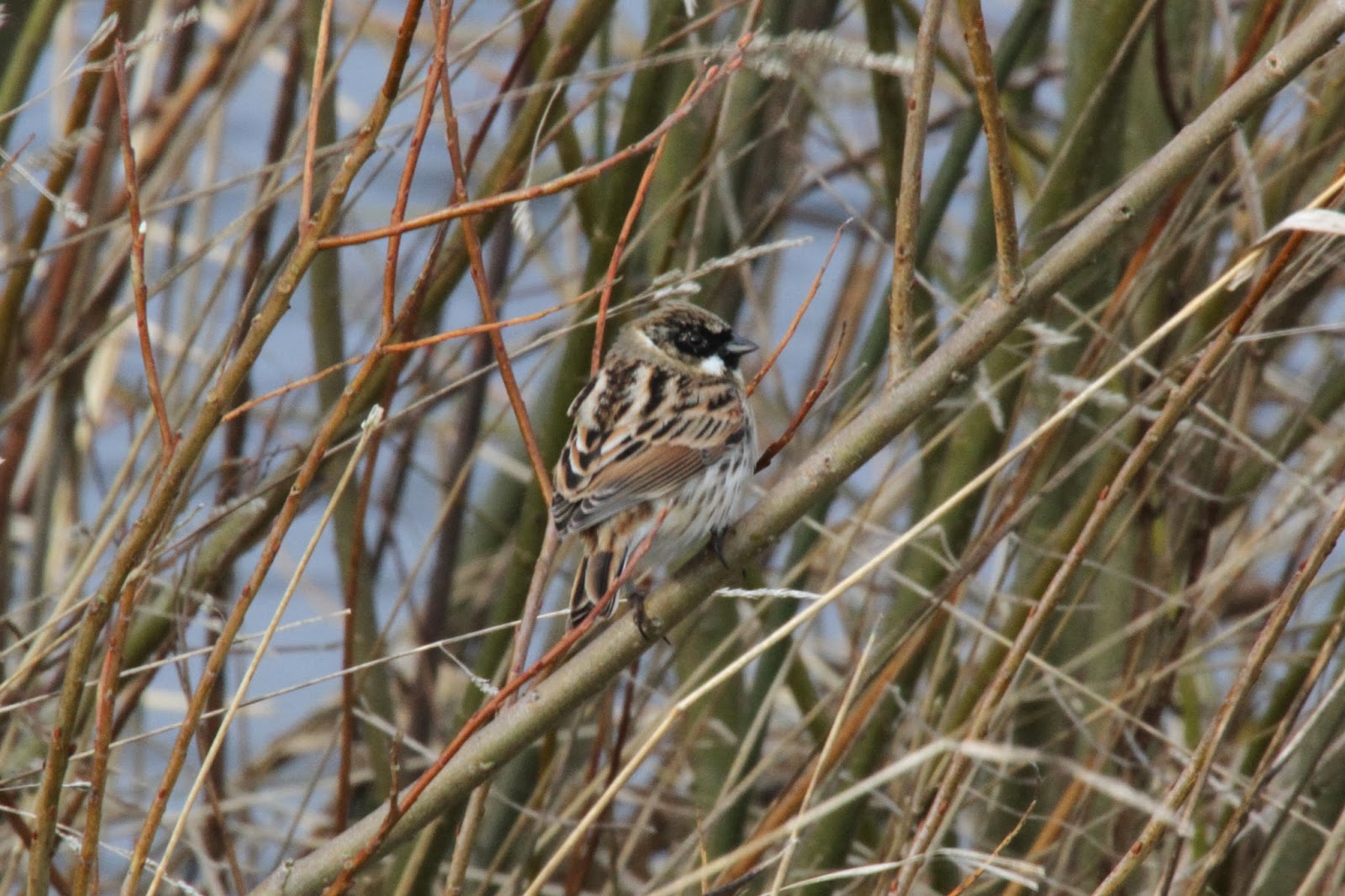 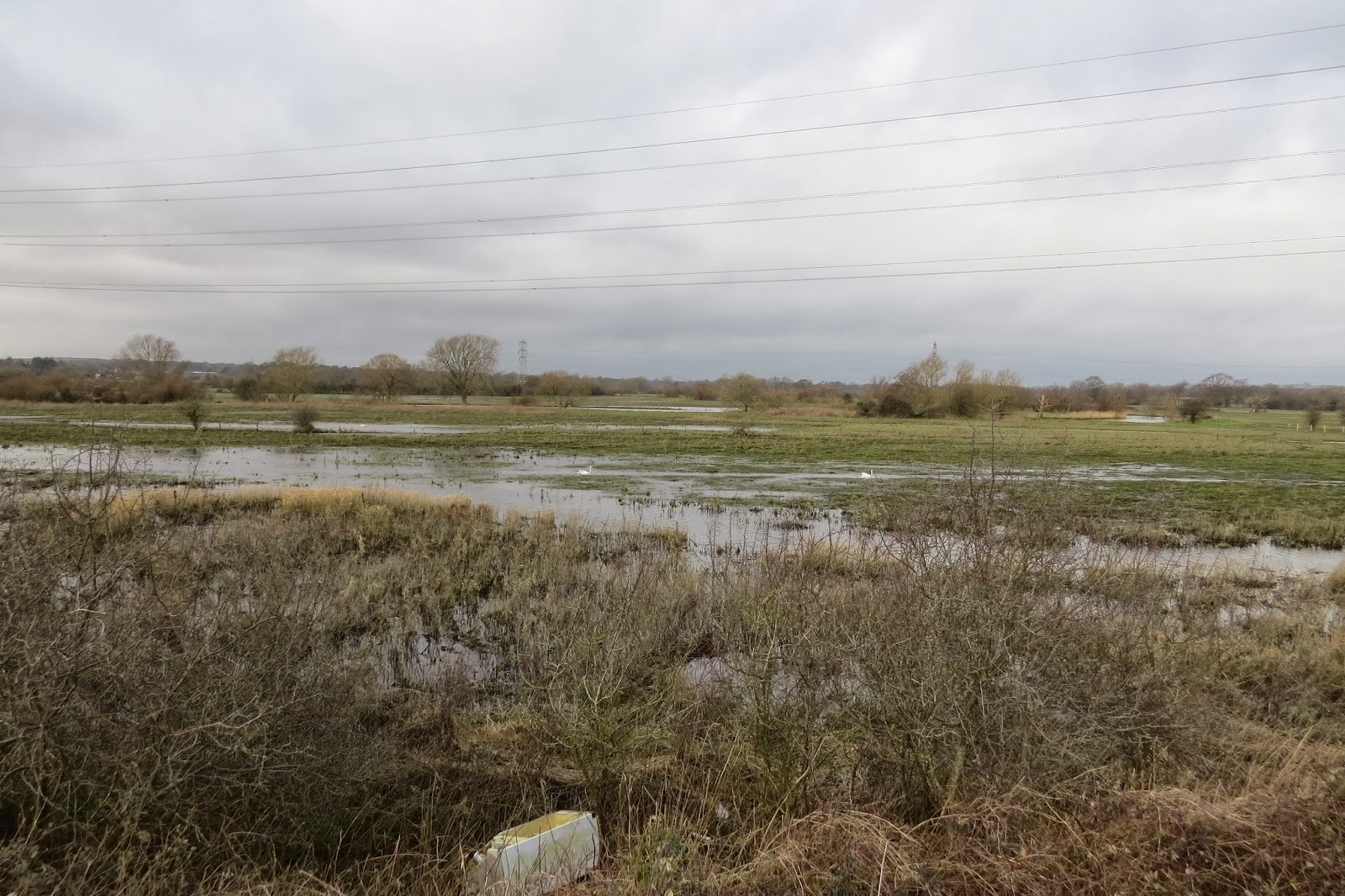 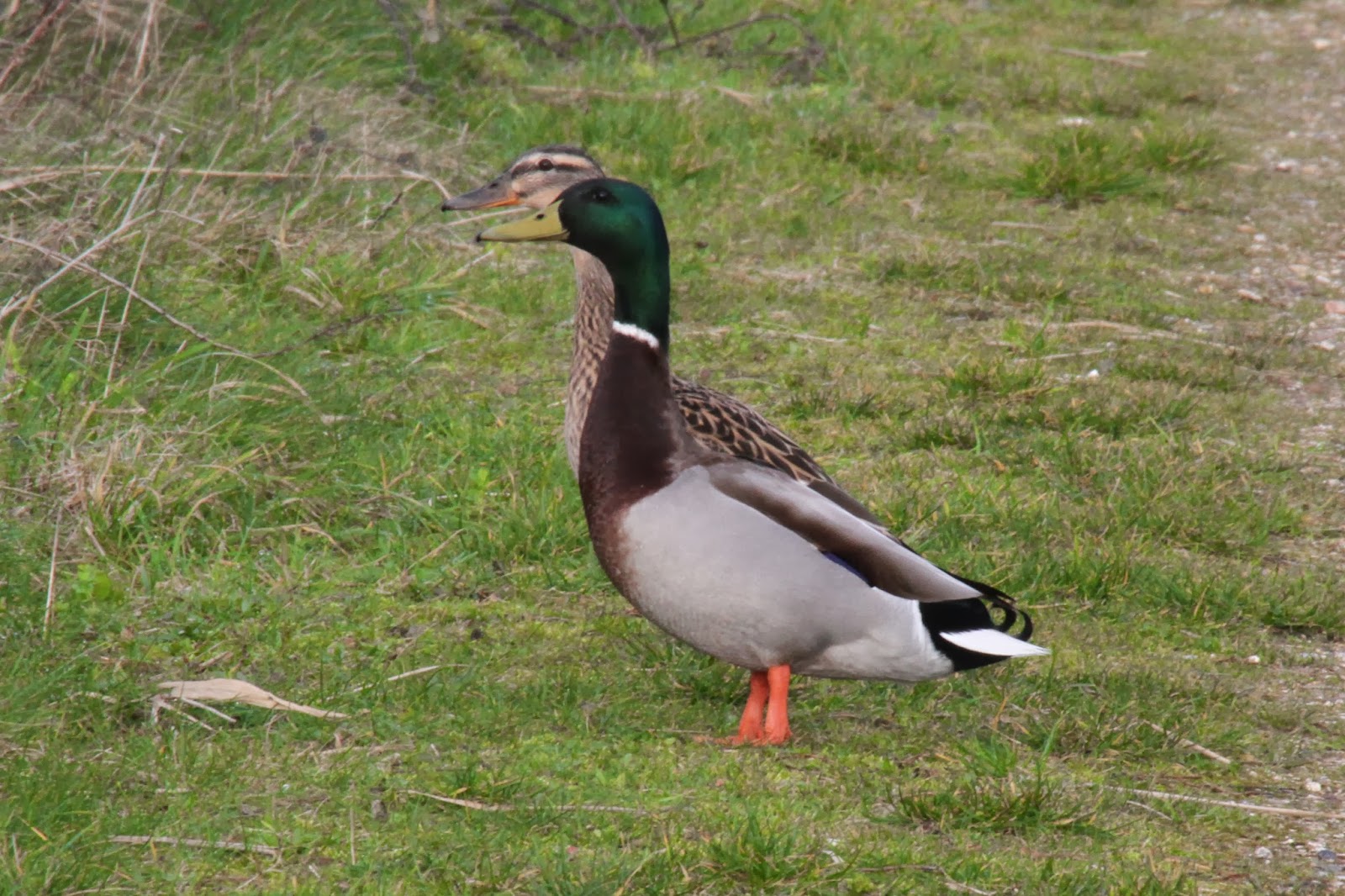 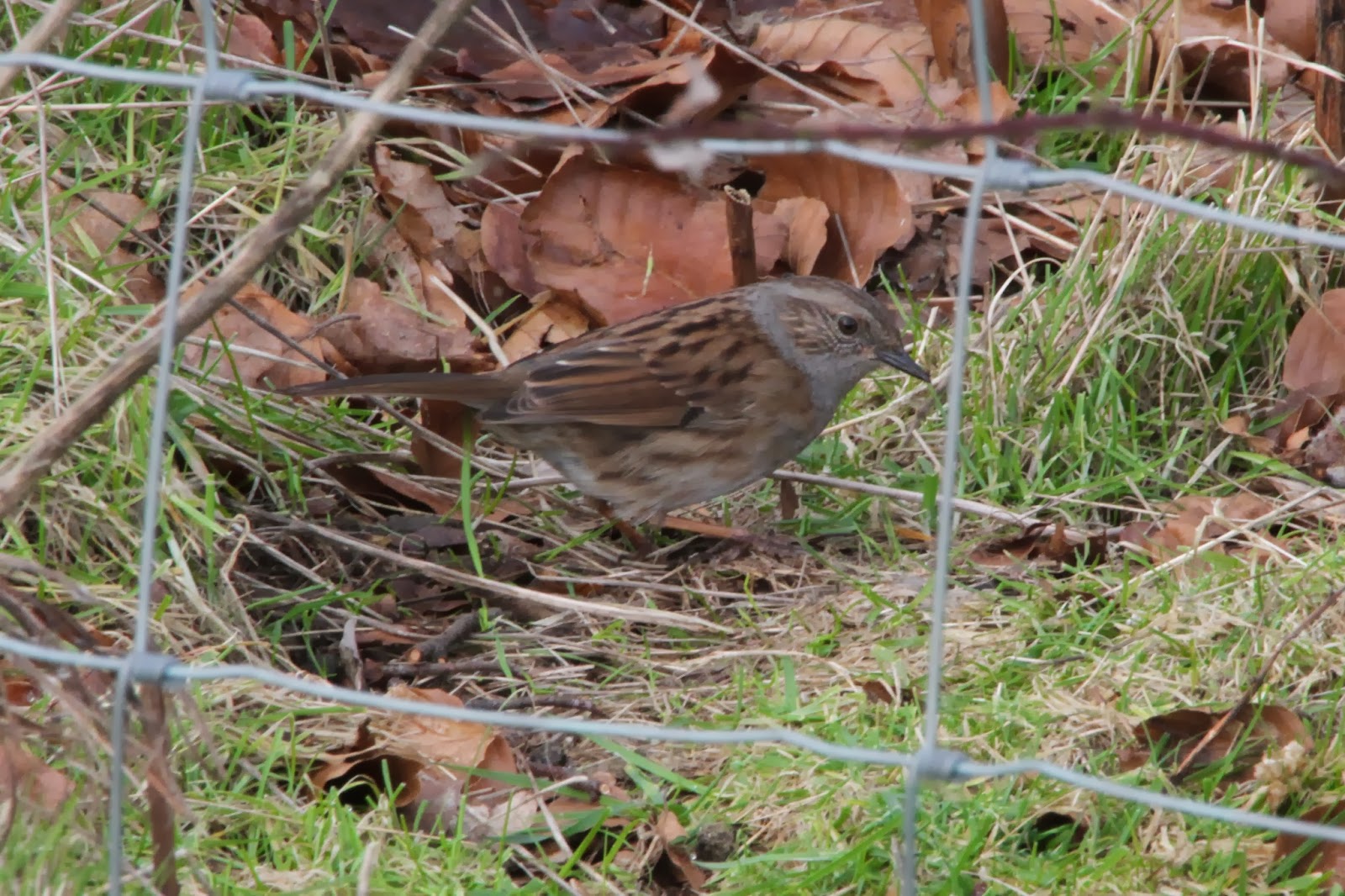 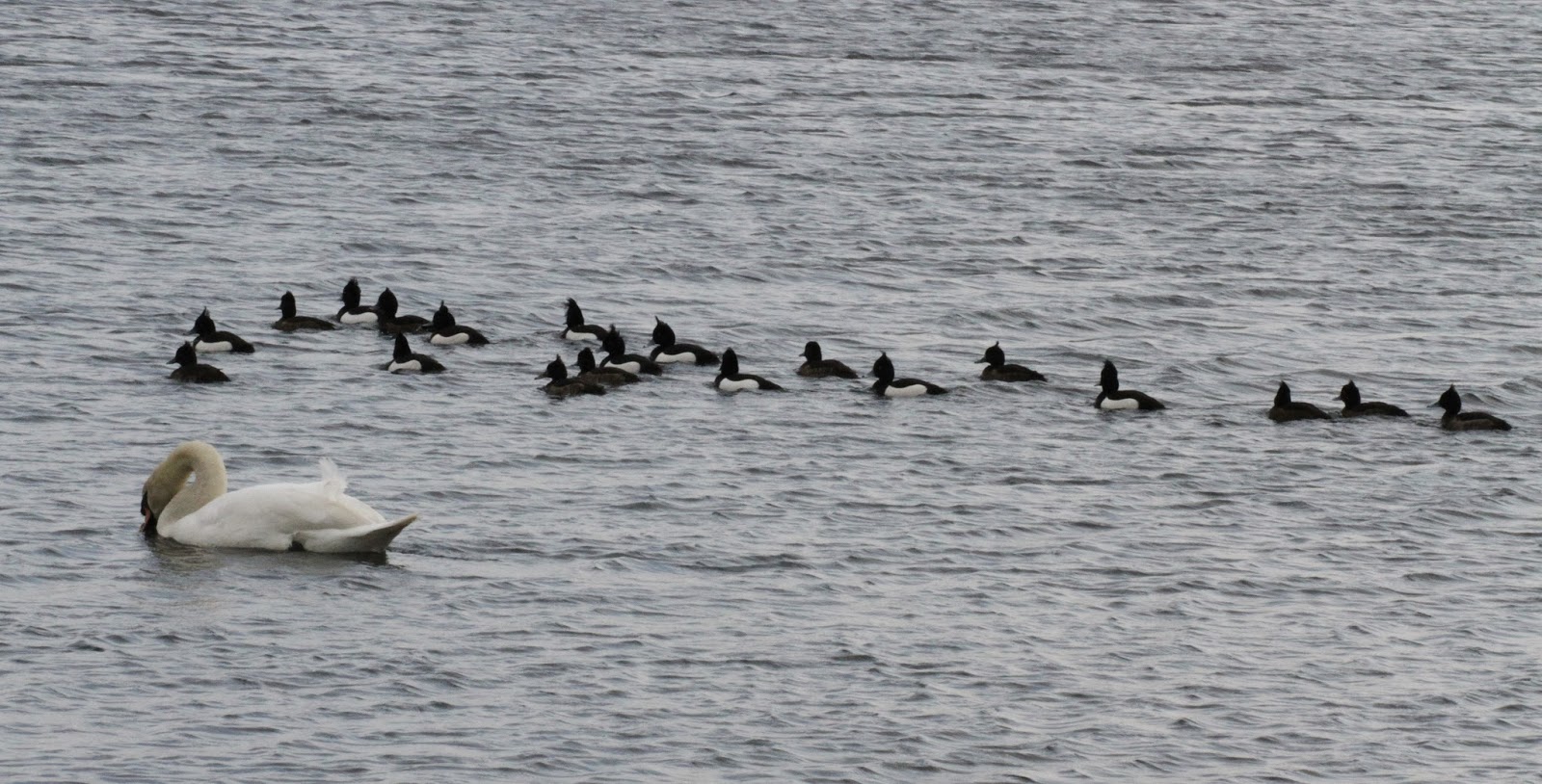 and part of what is left of the good numbers of
TUFTED DUCK with MUTE SWAN.
Onward to the Avon Causeway where there was a most welcome
yet unexpected surprise. 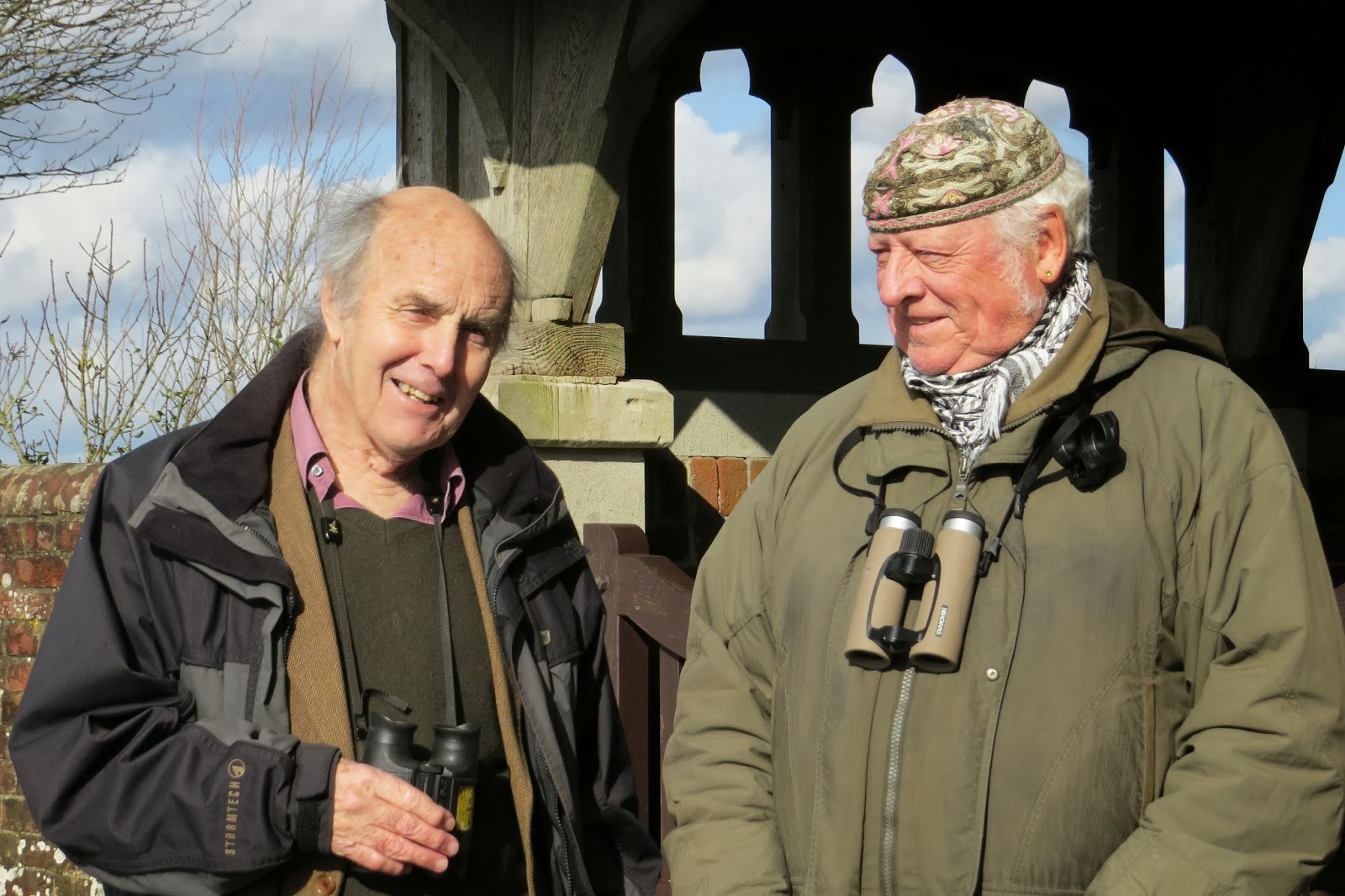 A man I can only describe as a 'Most Eminent Entymologist'
BARRY GOATER
(author of a good many books on the subject)
along with 2 of his ex-Pupils.
Not surprisingly, like myself, they were looking for the over-wintering
(American) Green-winged Teal and while none of us could find it,
one of the younger men did spot a distant 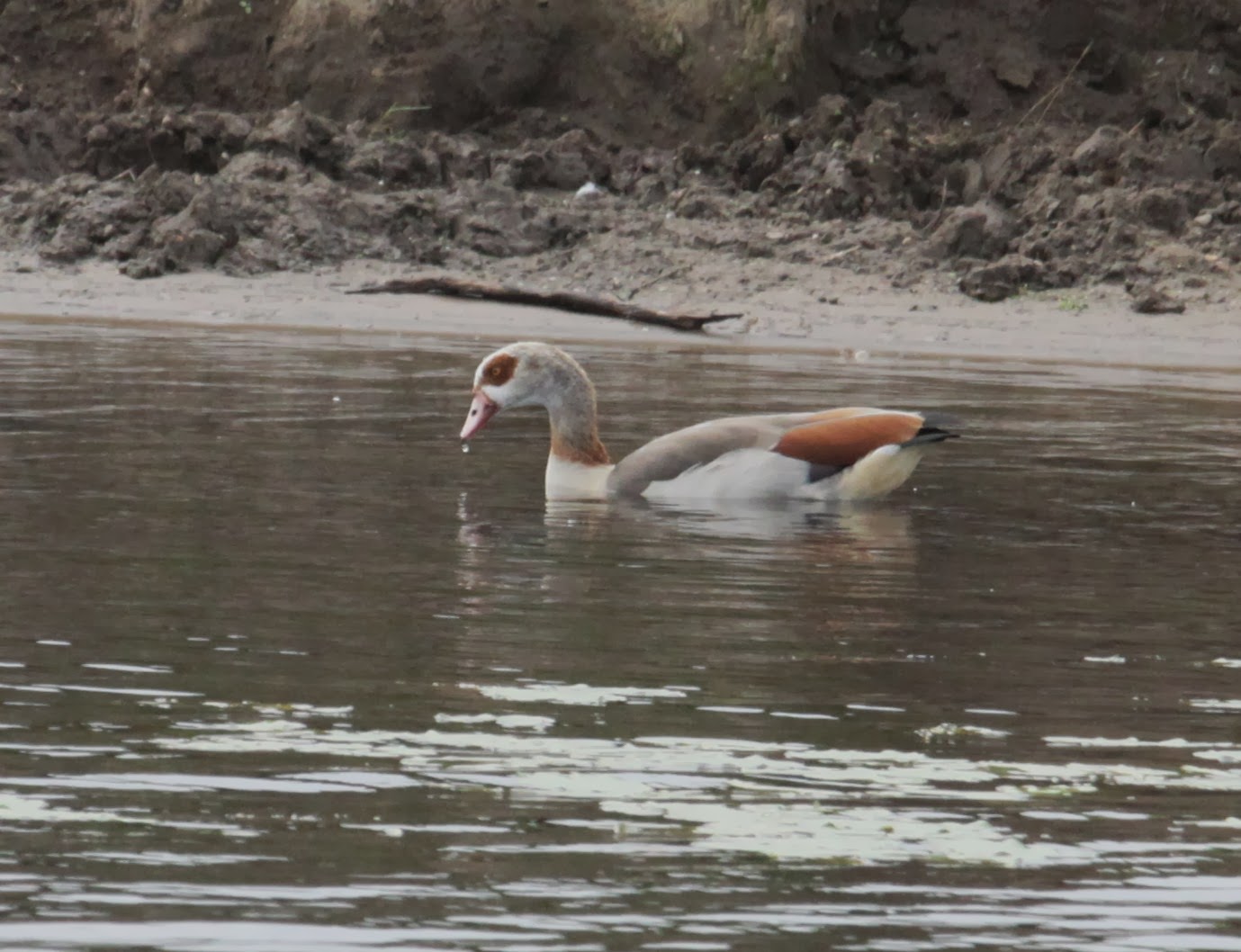 EGYPTIAN GOOSE
(conveniently on the Dorset bank of the River Avon)
which fitted nicely onto my 'ongoing' Dorset March List.
Otherwise among a throng of Wildfowl Greylag and Canada were
also here along with no fewer than 8 species of DUCK. 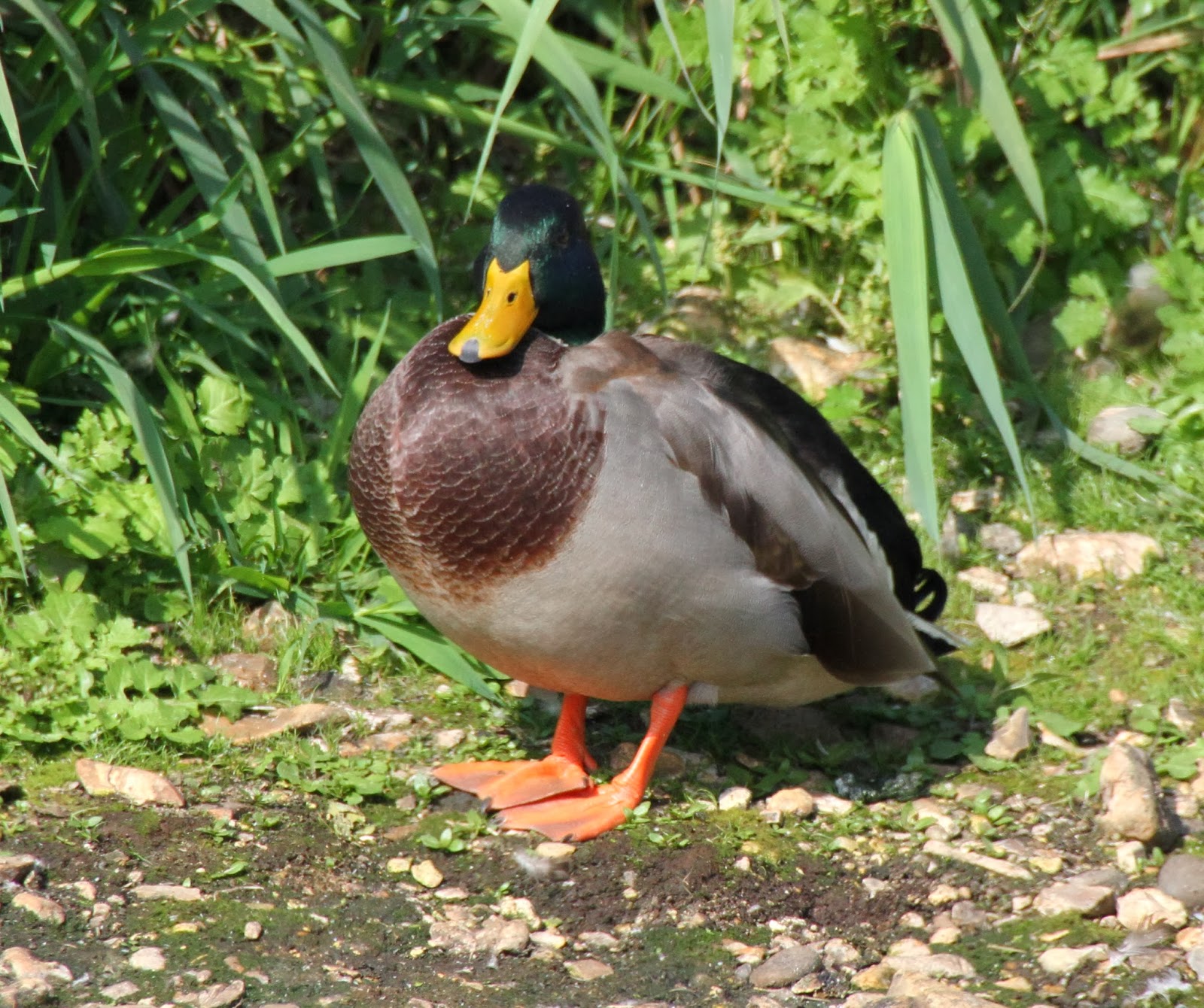 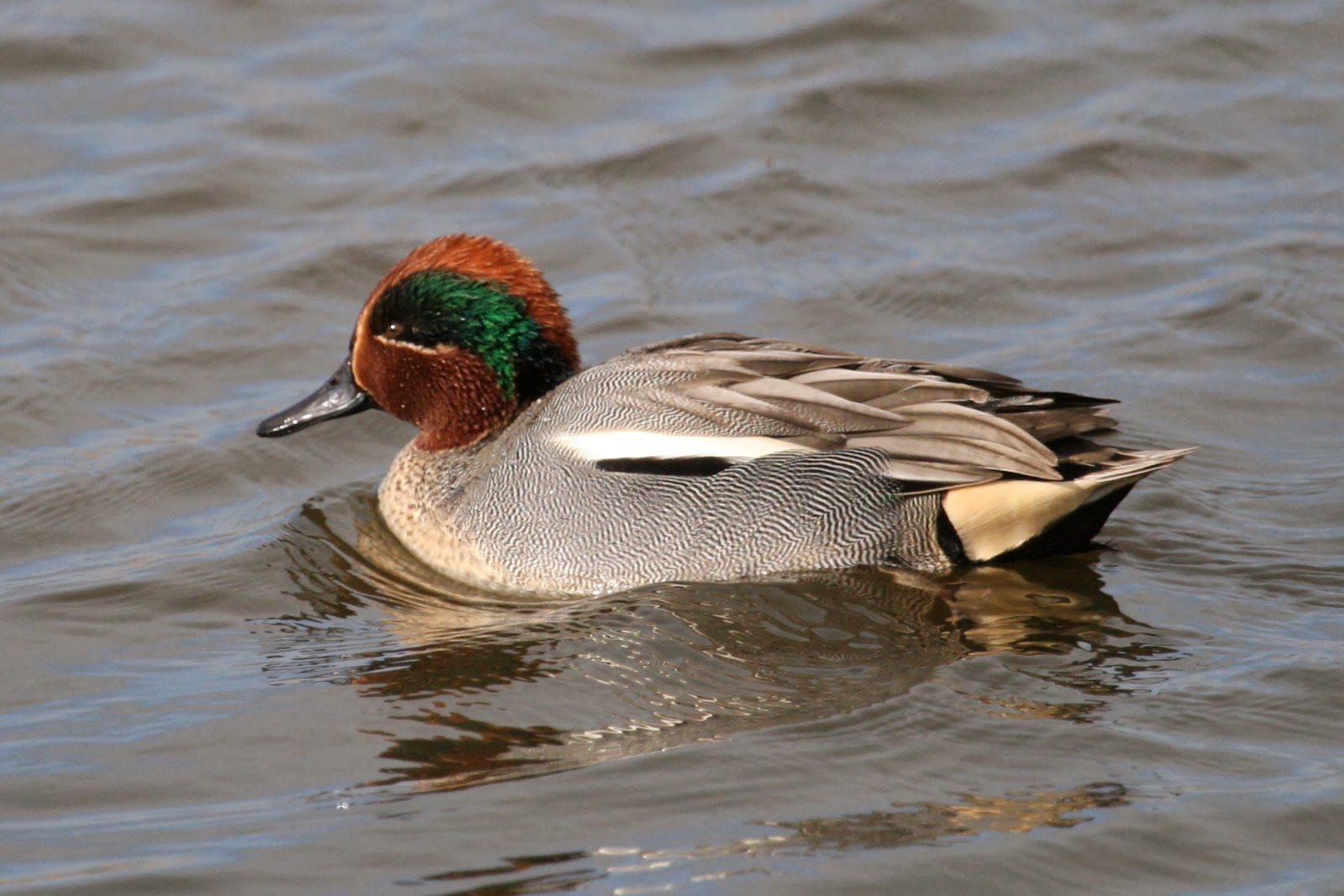 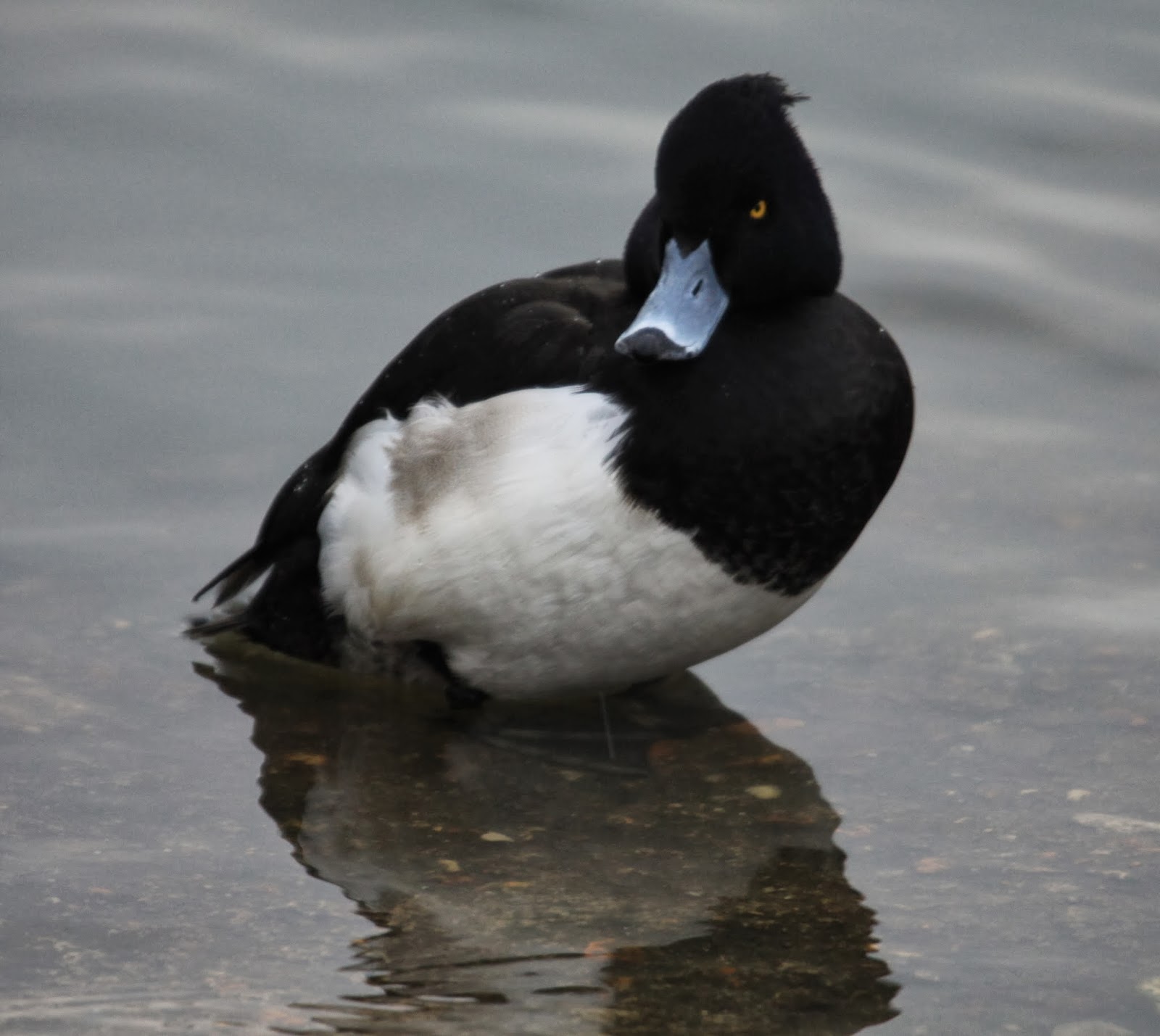 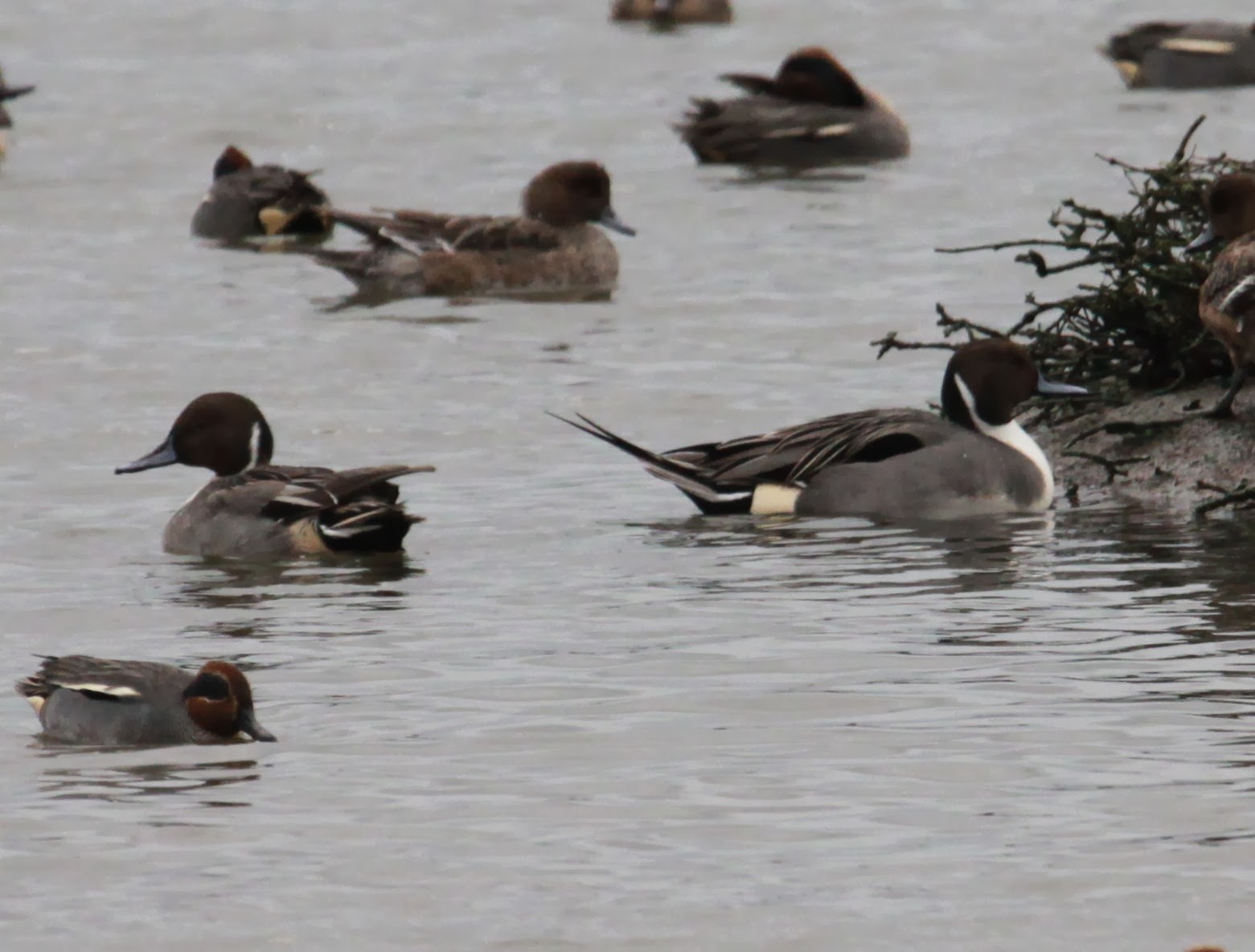 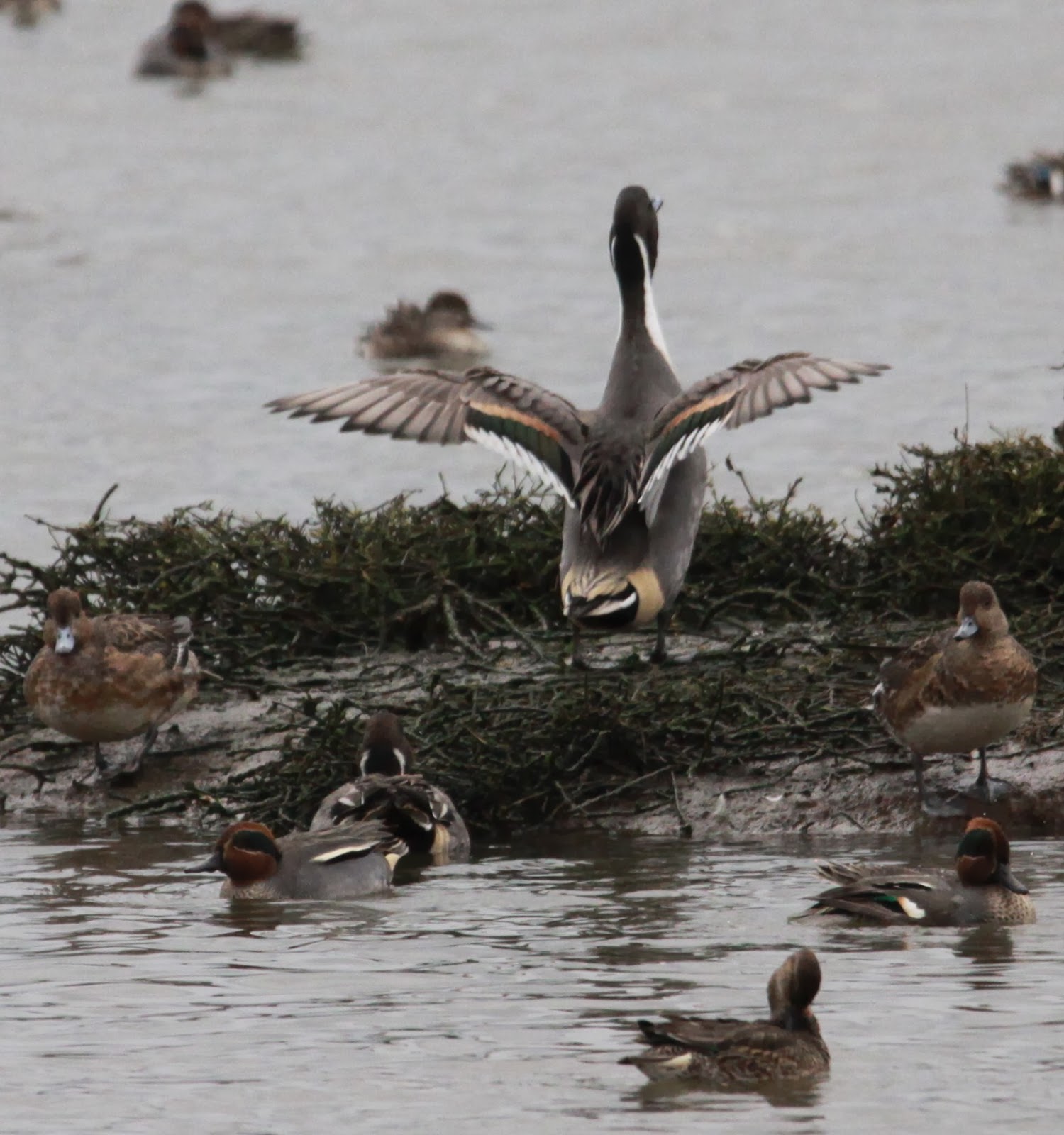 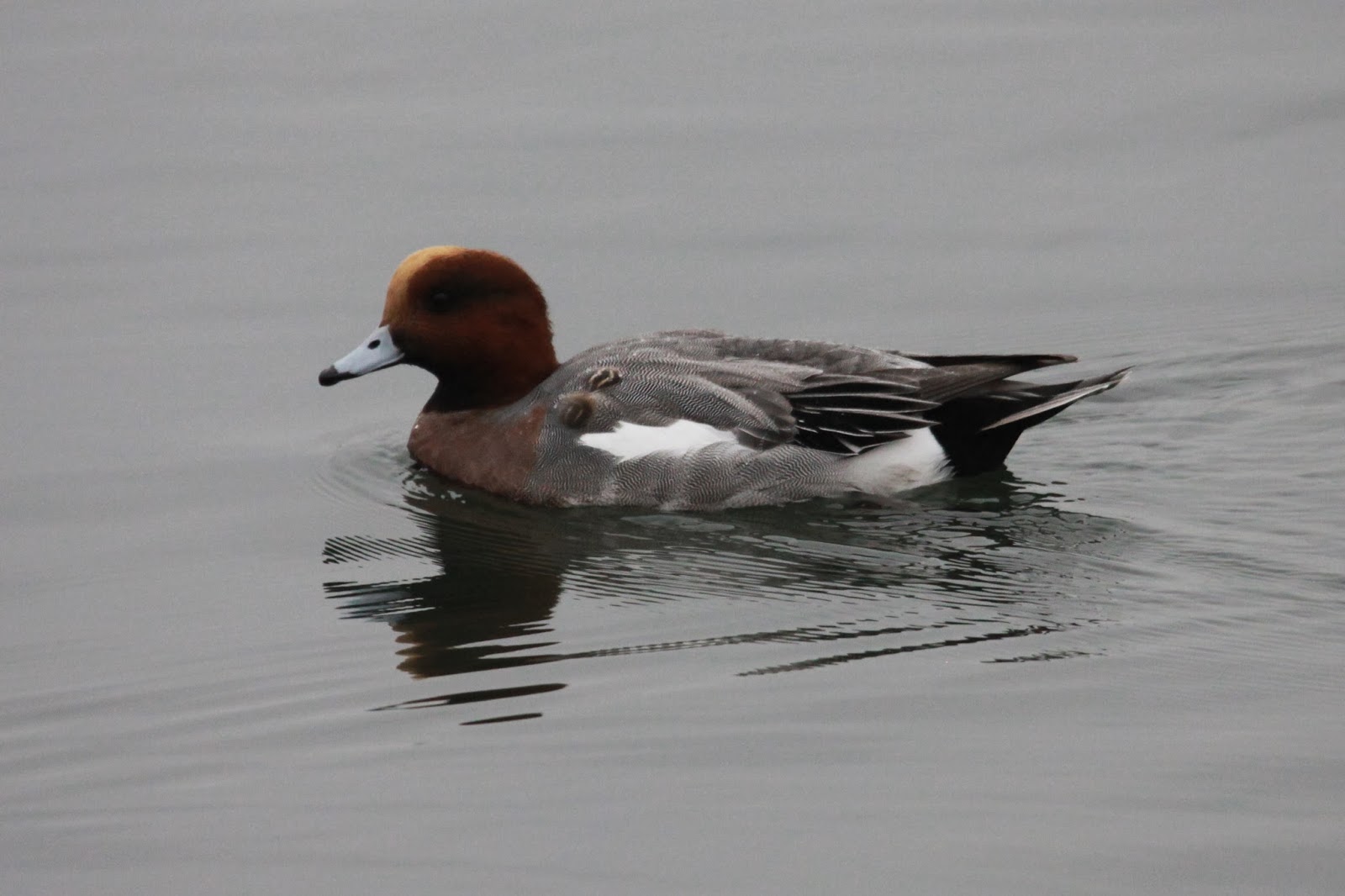 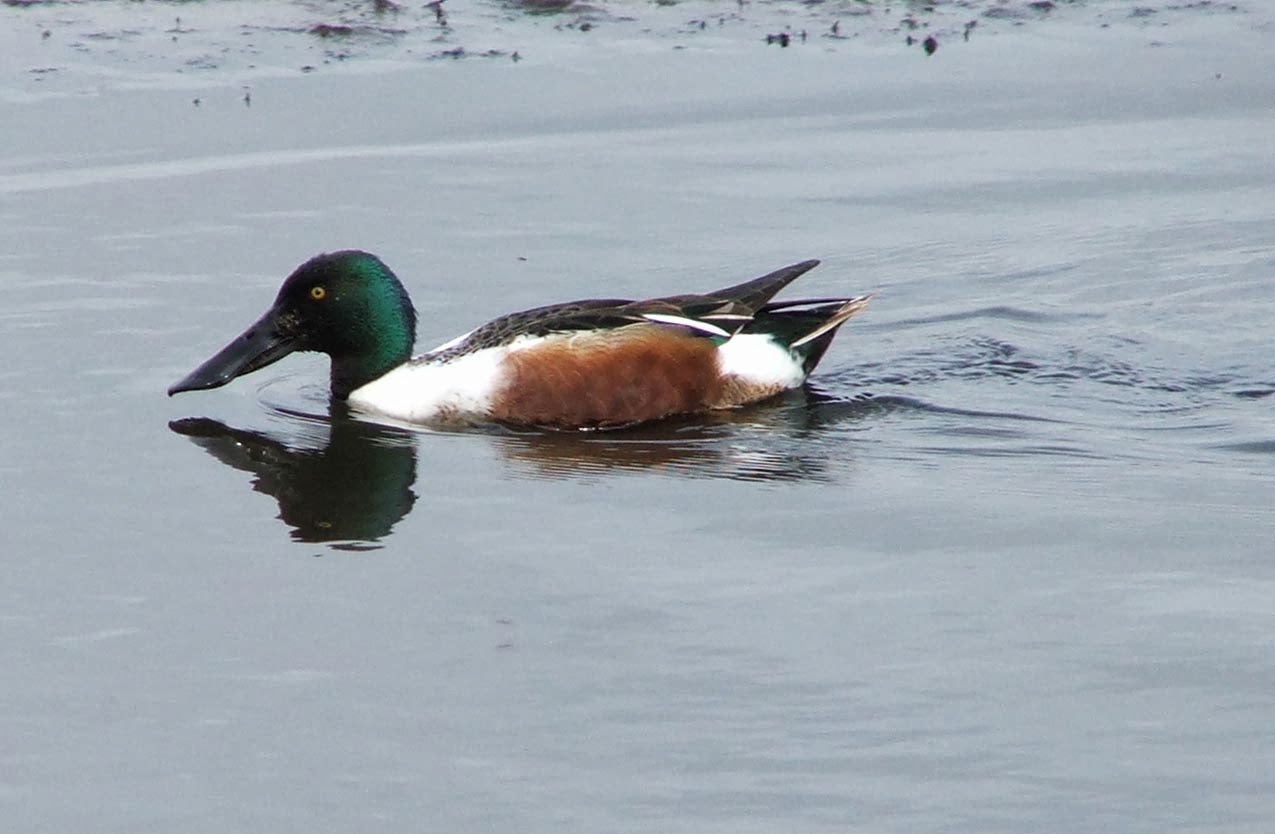 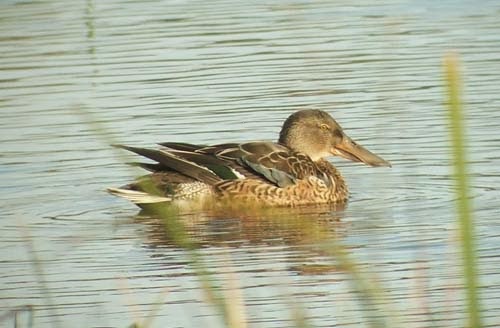 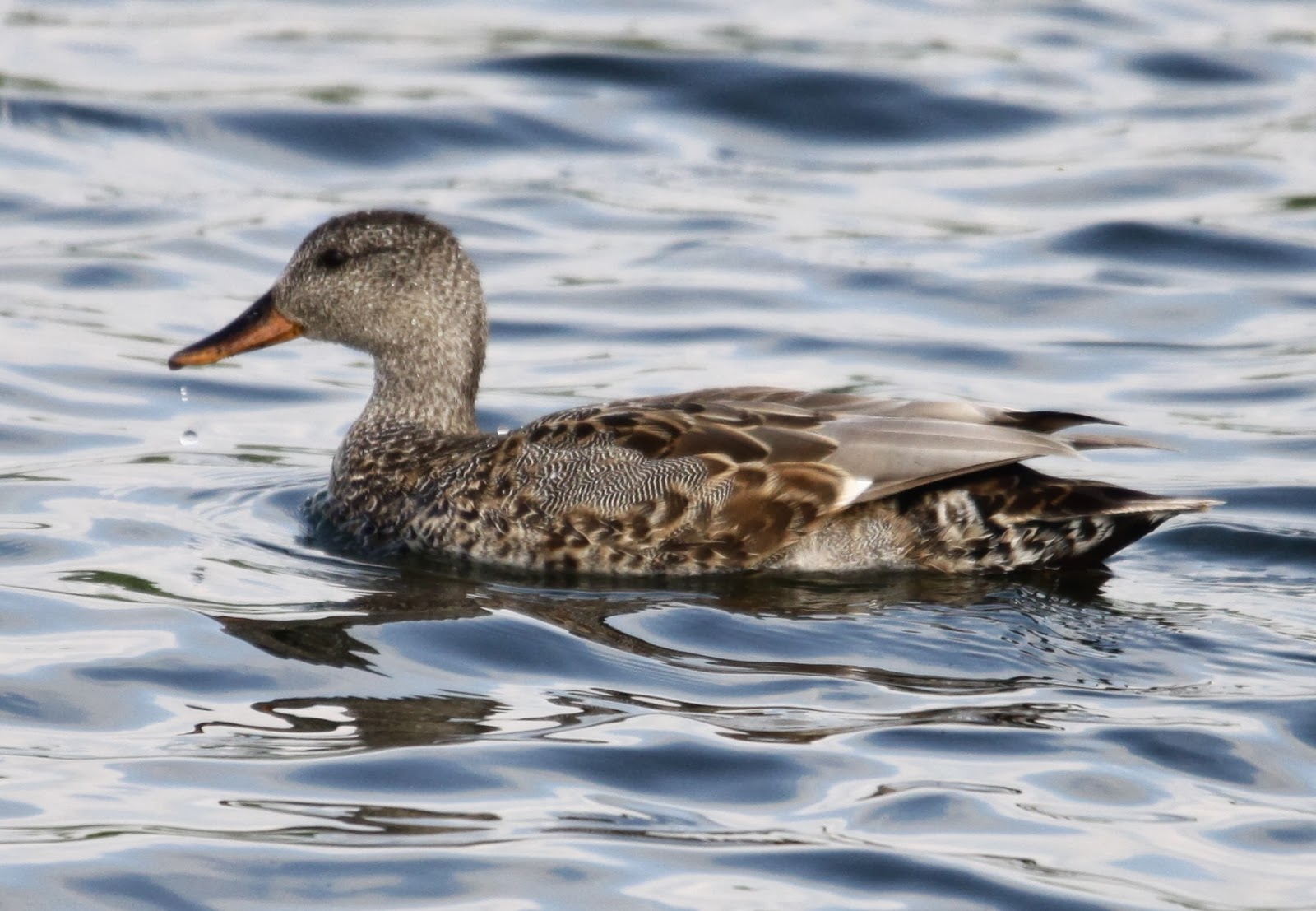 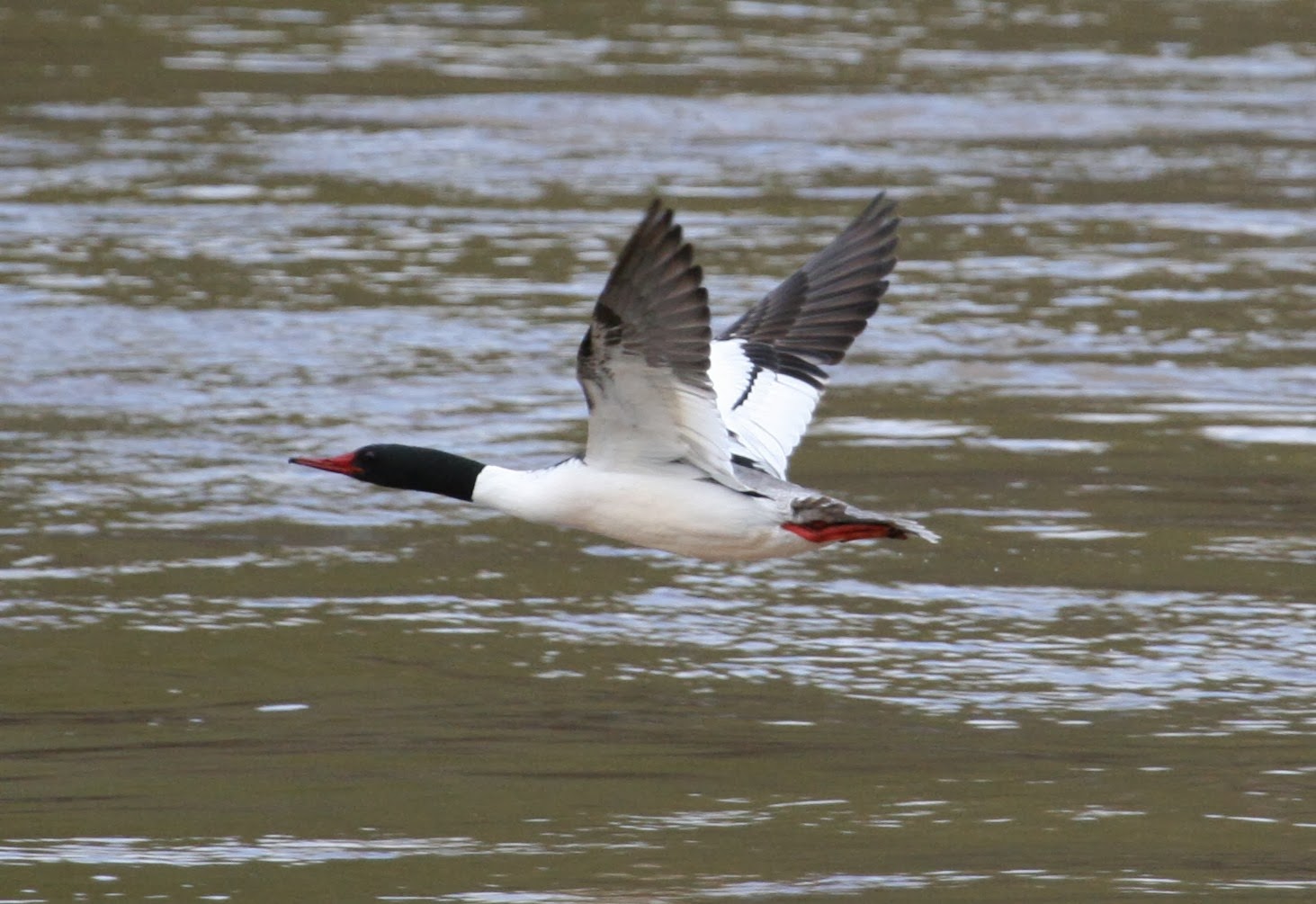 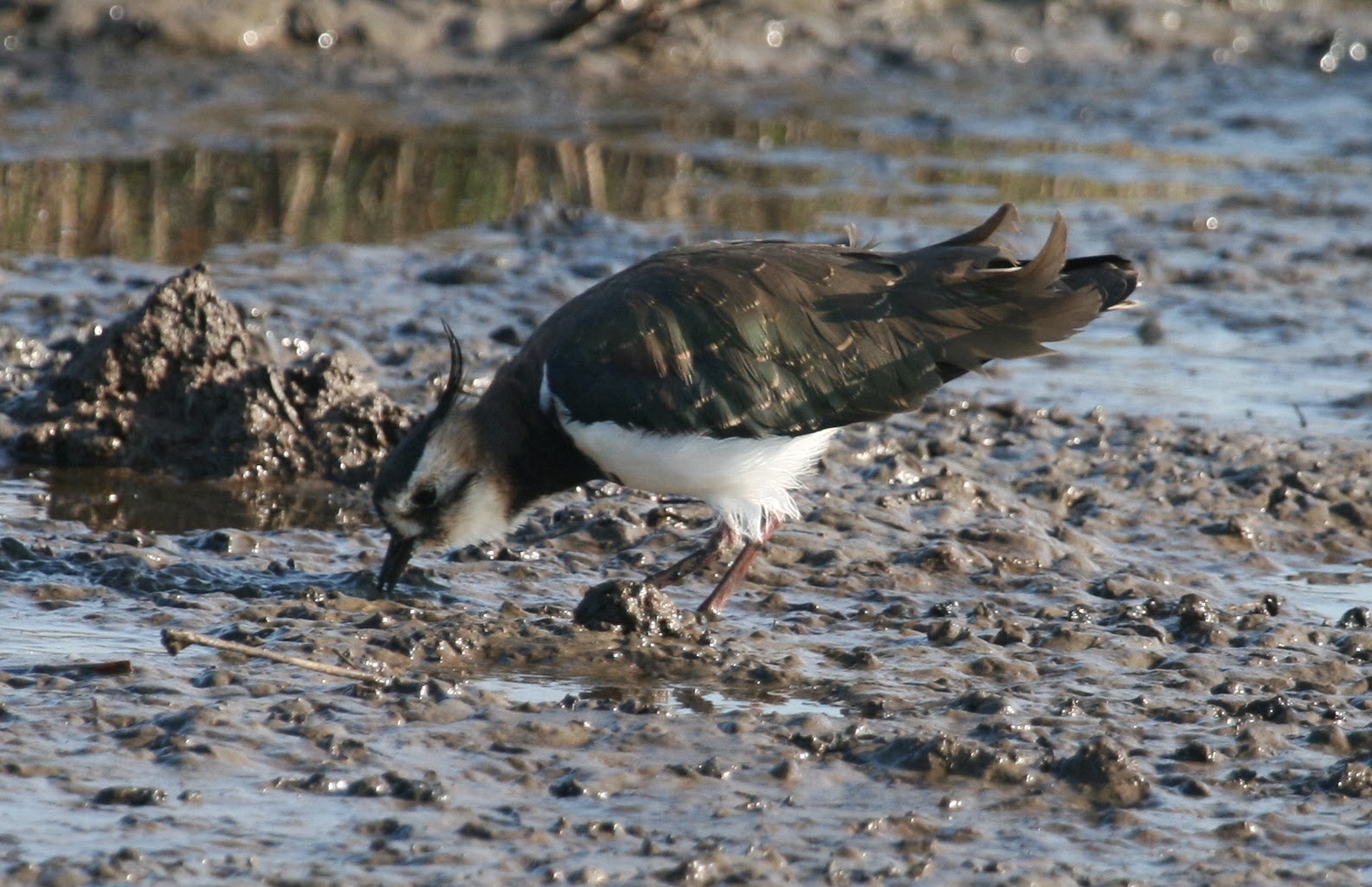 LAPWING
are numerous but not here in the same numbers as 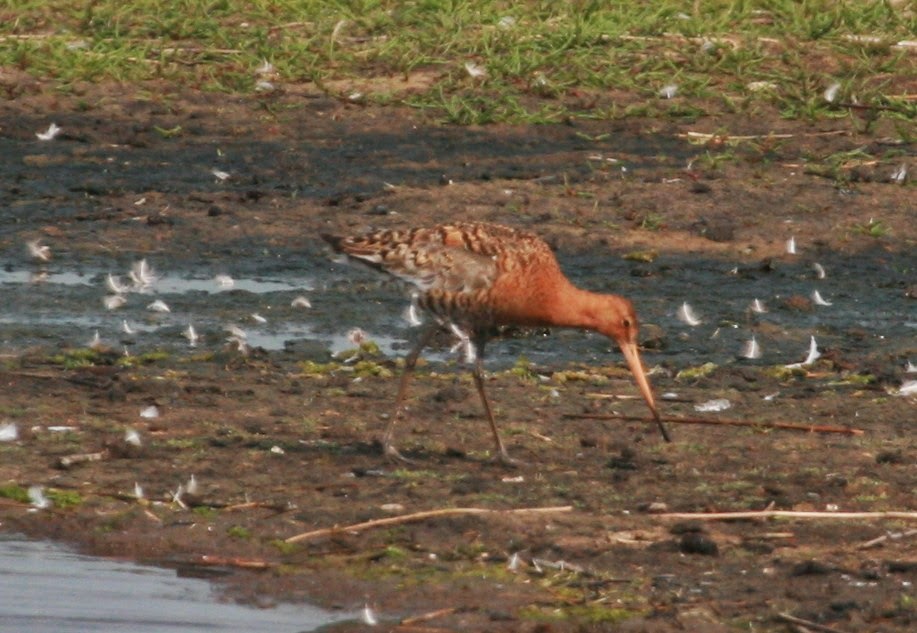 BLACK-TAILED GODWIT
(this one in Summer Plumage)

At one point a Sparrowhawk flew overhead, clutching prey, followed by c2 Peregrine which put just about every bird to flight especially the Waders. This gave a much clearer indication as to the number of birds but with no hope of counting them. My estimate was about 200 Lapwing and twice that of Black-tailed Godwit but a wonderful sight for all that. Finally, we had the 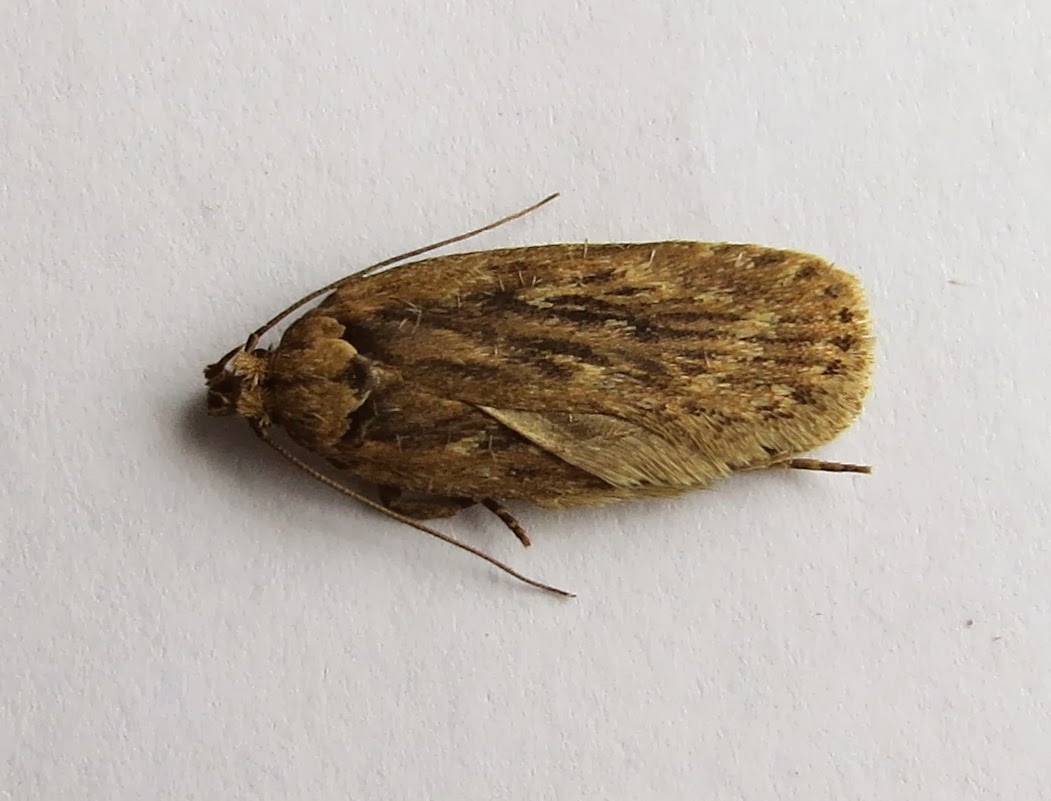 'fourth Moth' of the year. 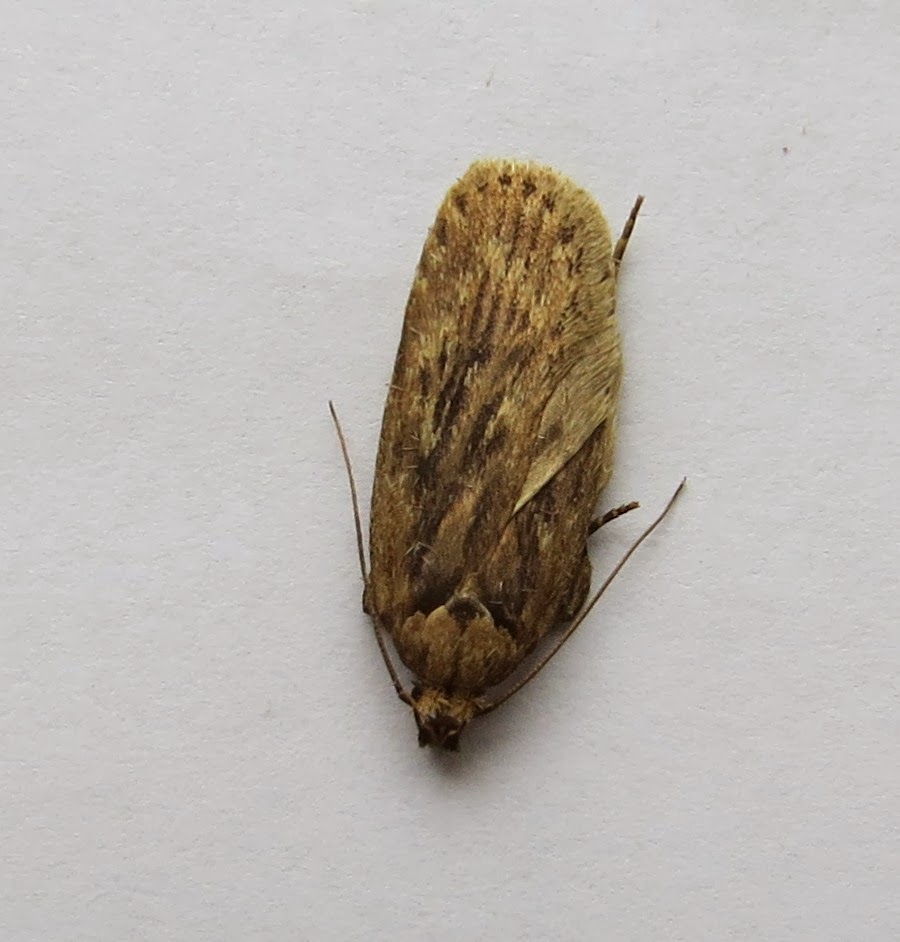 PARSNIP MOTH
Depressaria radiella
Hopefully, with mild weather forecast over the next few days,
we might capitalise on this.