First things first, to get the bad news out of the way. The putative Lead-coloured Drab after further examination turned out to be the far more common and widespread 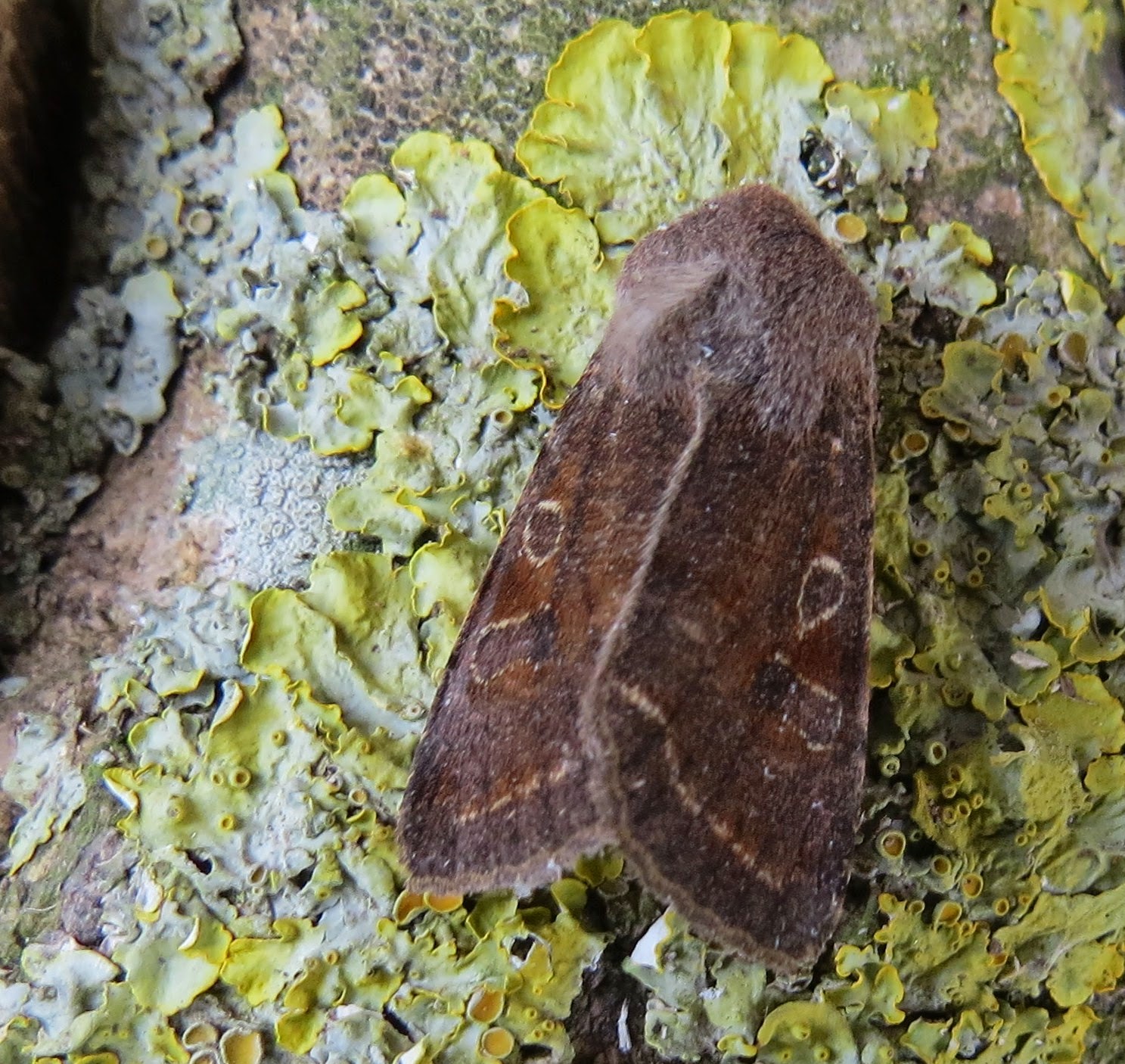 CLOUDED DRAB
we catch good numbers of these.
Quickly followed by much better news as Dave was
able to coax a little show of colour from the 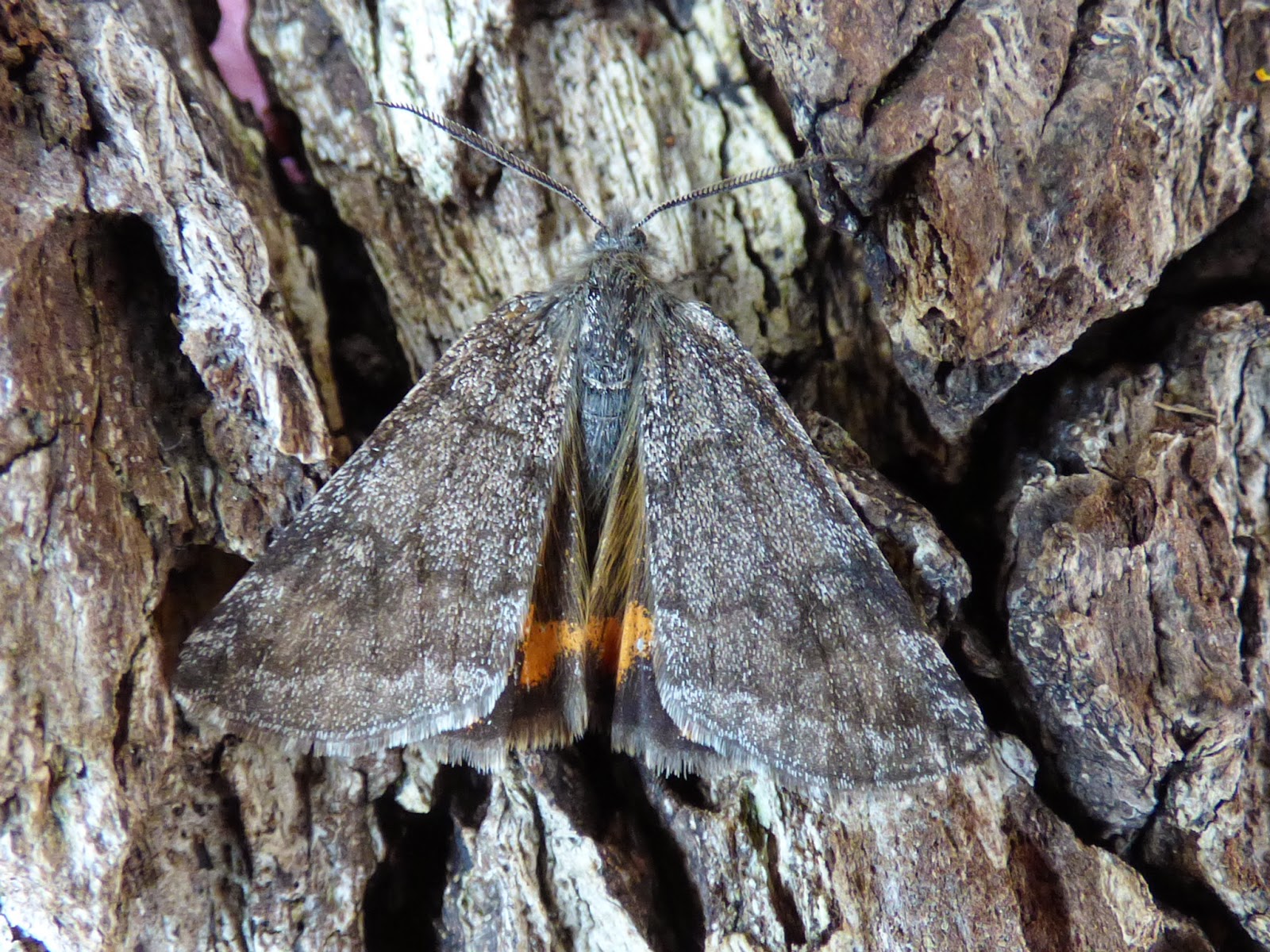 With a chill in the air all night long it was predictable that there would be little in the Moth Traps and that is the way it was. As a result of this it was an early start at the northern end of the property where I confined myself for most of the day. Mostly turned over to (silage) grassland, before the next phase of Solar Panels arrive, there is also a fair amount of woodland split into a number fairly small copses. All of these have a quantity of Oak, Beech, Scots Pine, Alder and 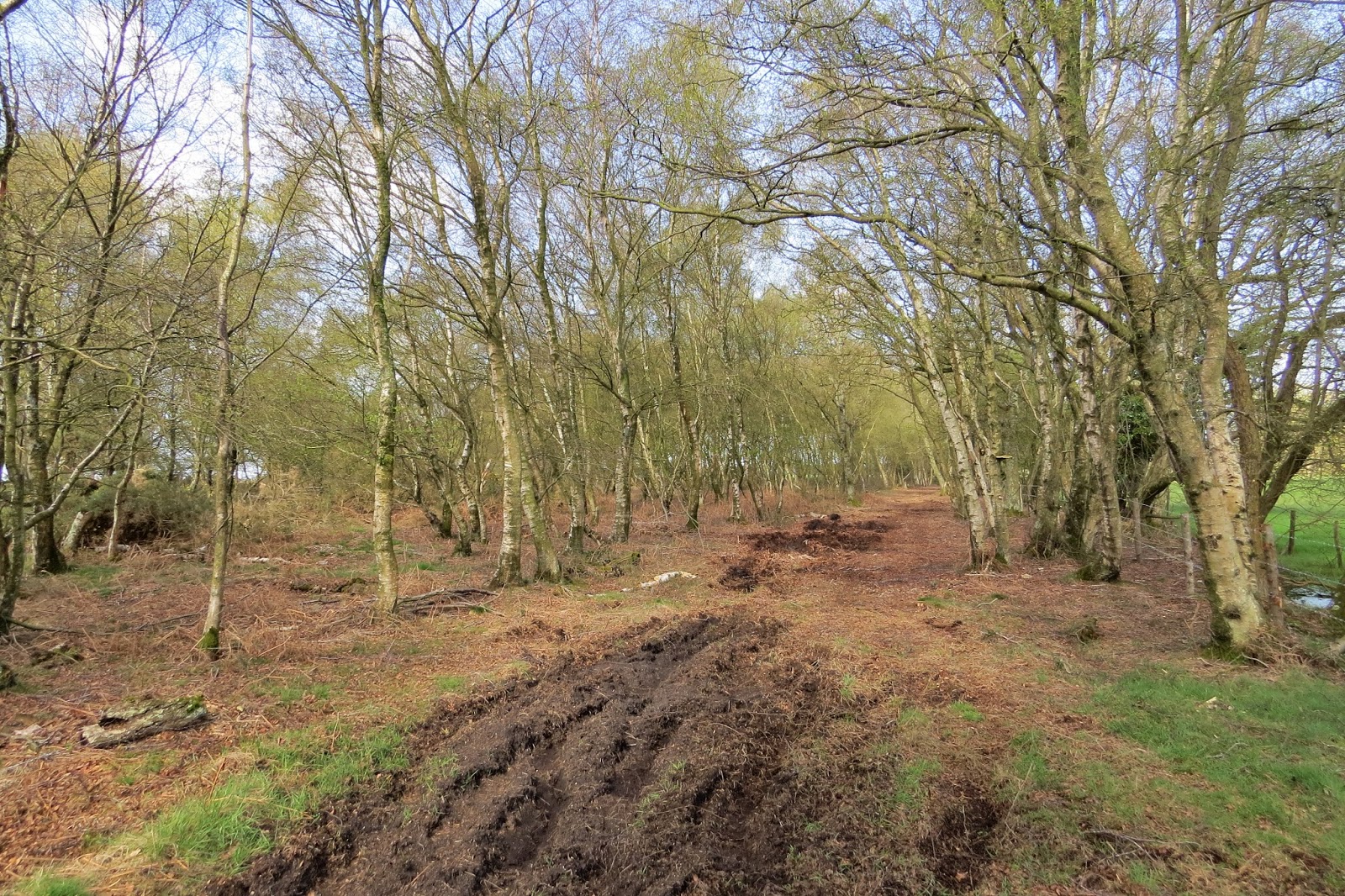 SILVER BIRCH
making for a diversity of other flora and fauna. 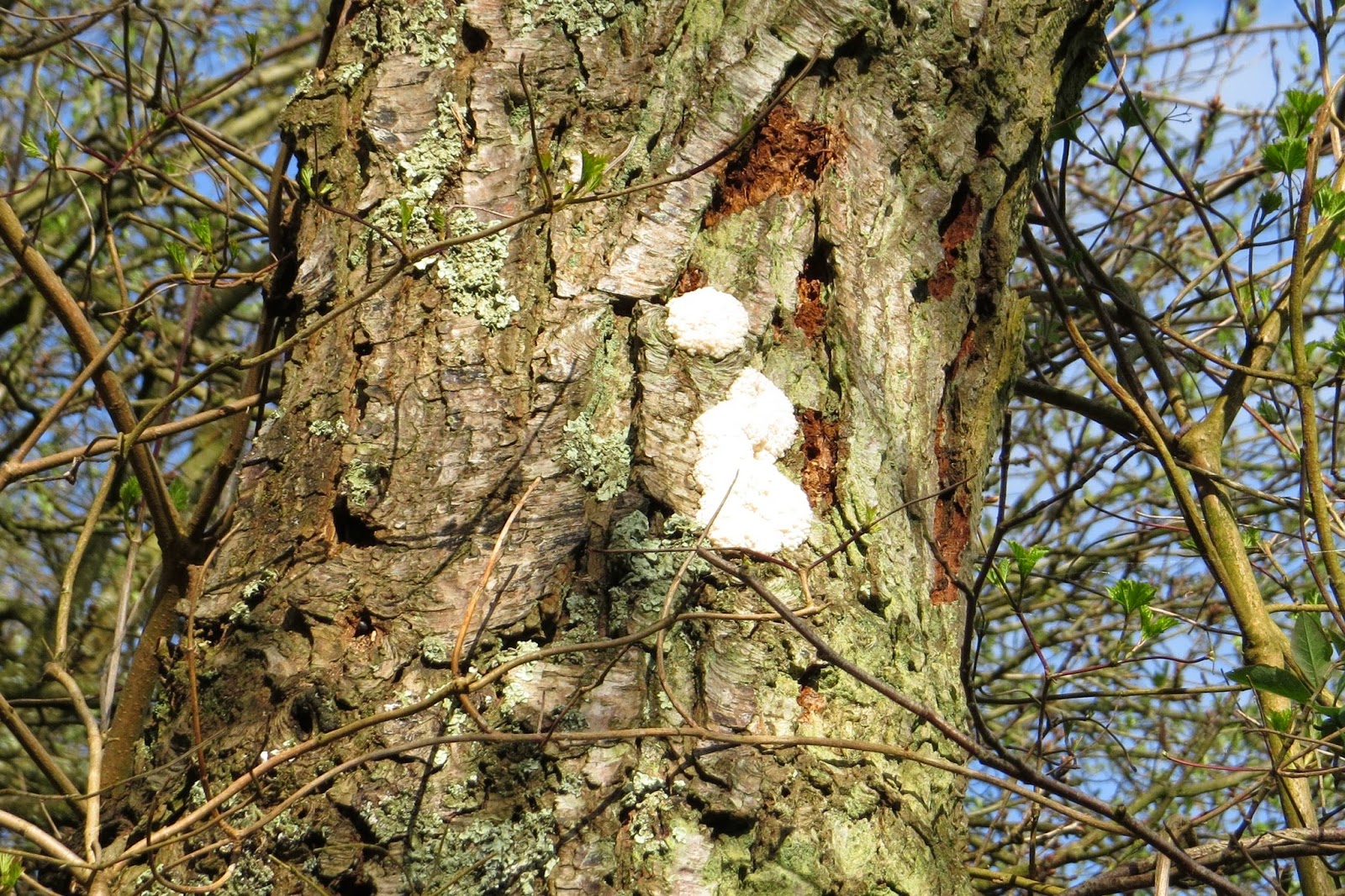 On one of the Oak Trees what appears to be 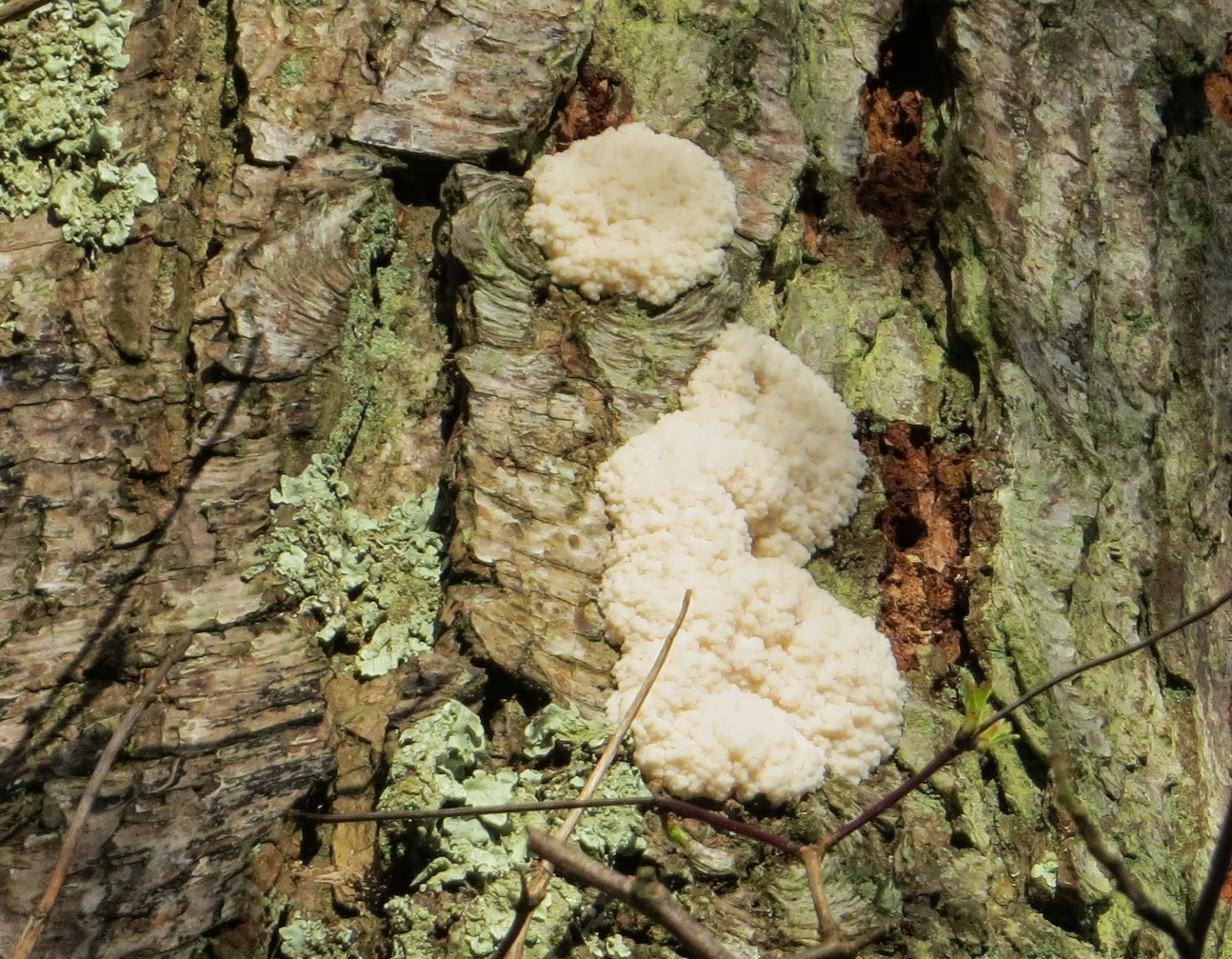 HERICIUM ERINACEUS
which has a variety of alternative common names such as
Lion's Mane or Hedgehog Mushroom and is said to be edible?
You try it first please! 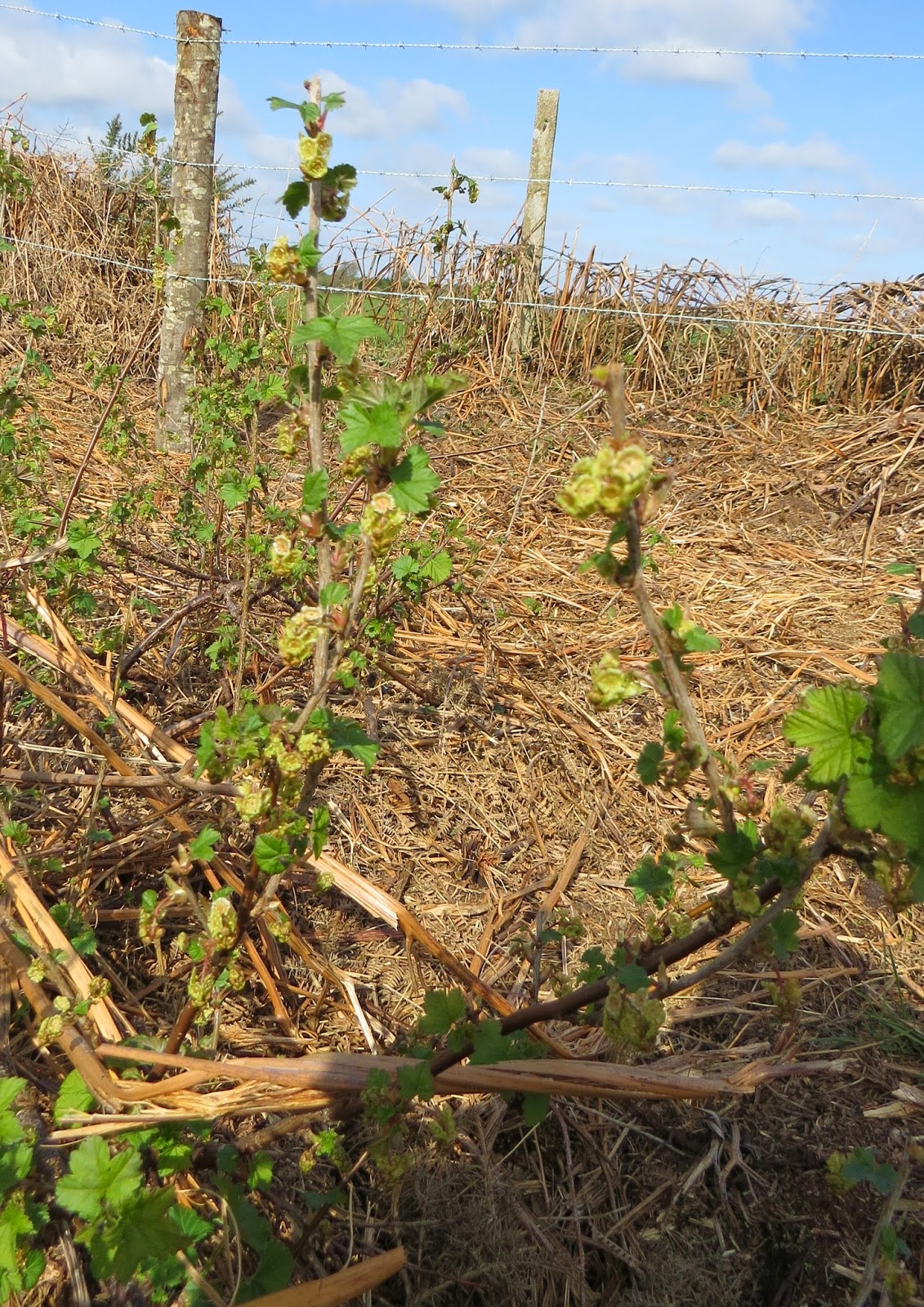 Still under scrutiny what I am calling
HOP

but my Senior Adviser is seeking more evidence before going firm. It is hoped to be of that ilk as the food plant of Buttoned Snout which has already been recorded on the property, as found by Janet. 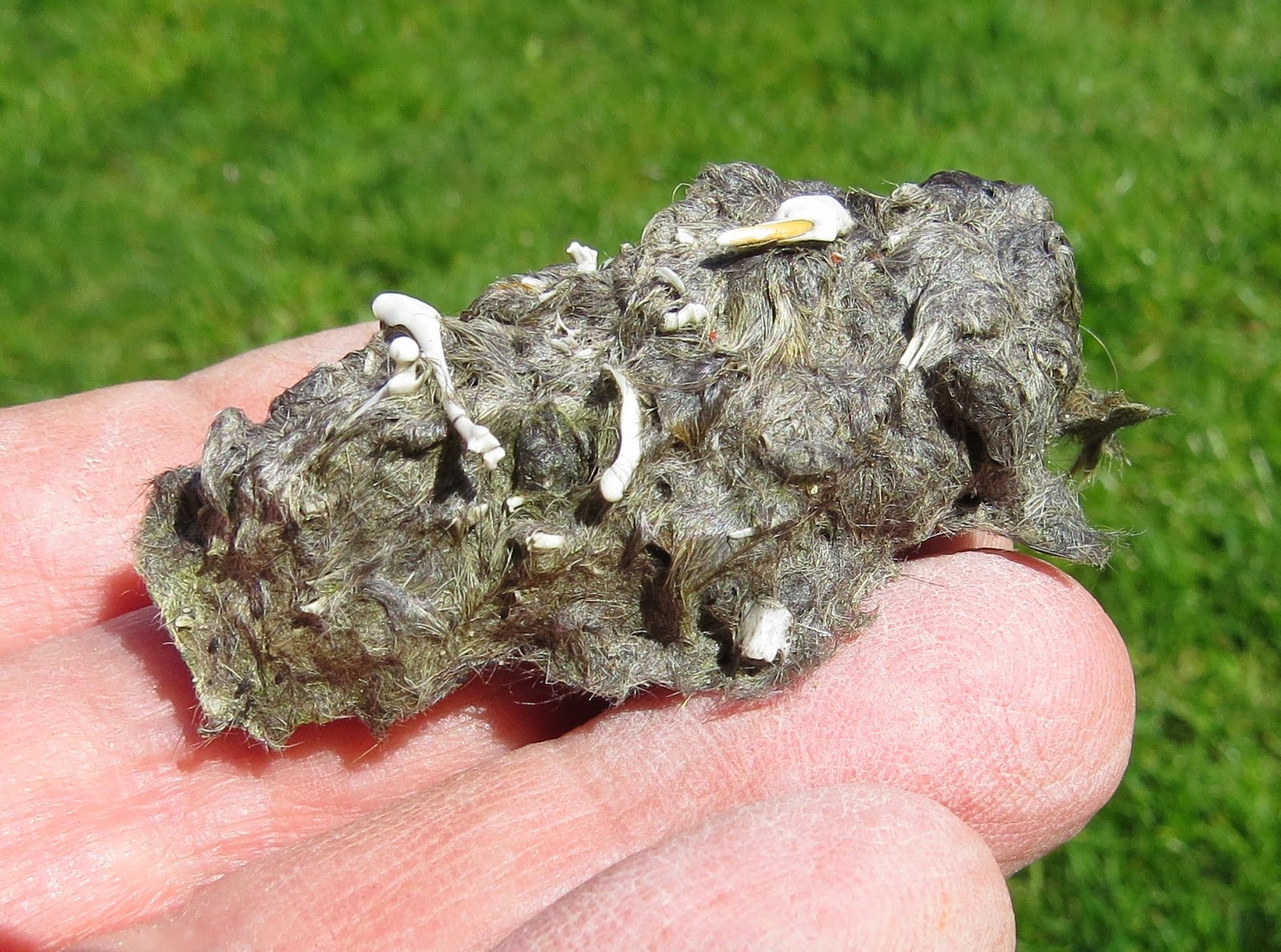 Next up was this most interesting
(OWL) PELLET 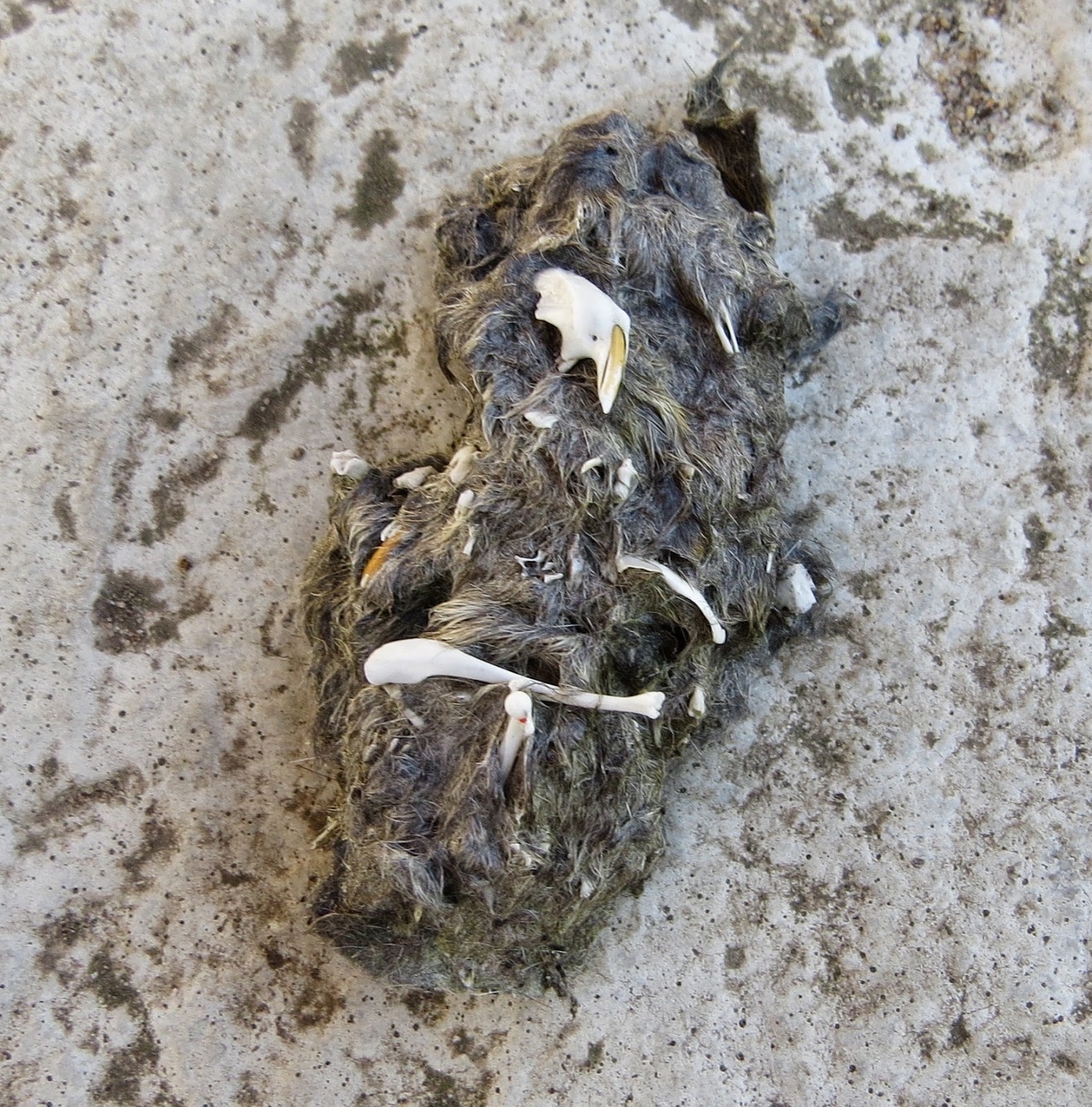 Some small Mammal met its Waterloo with whatever regurgitated it. 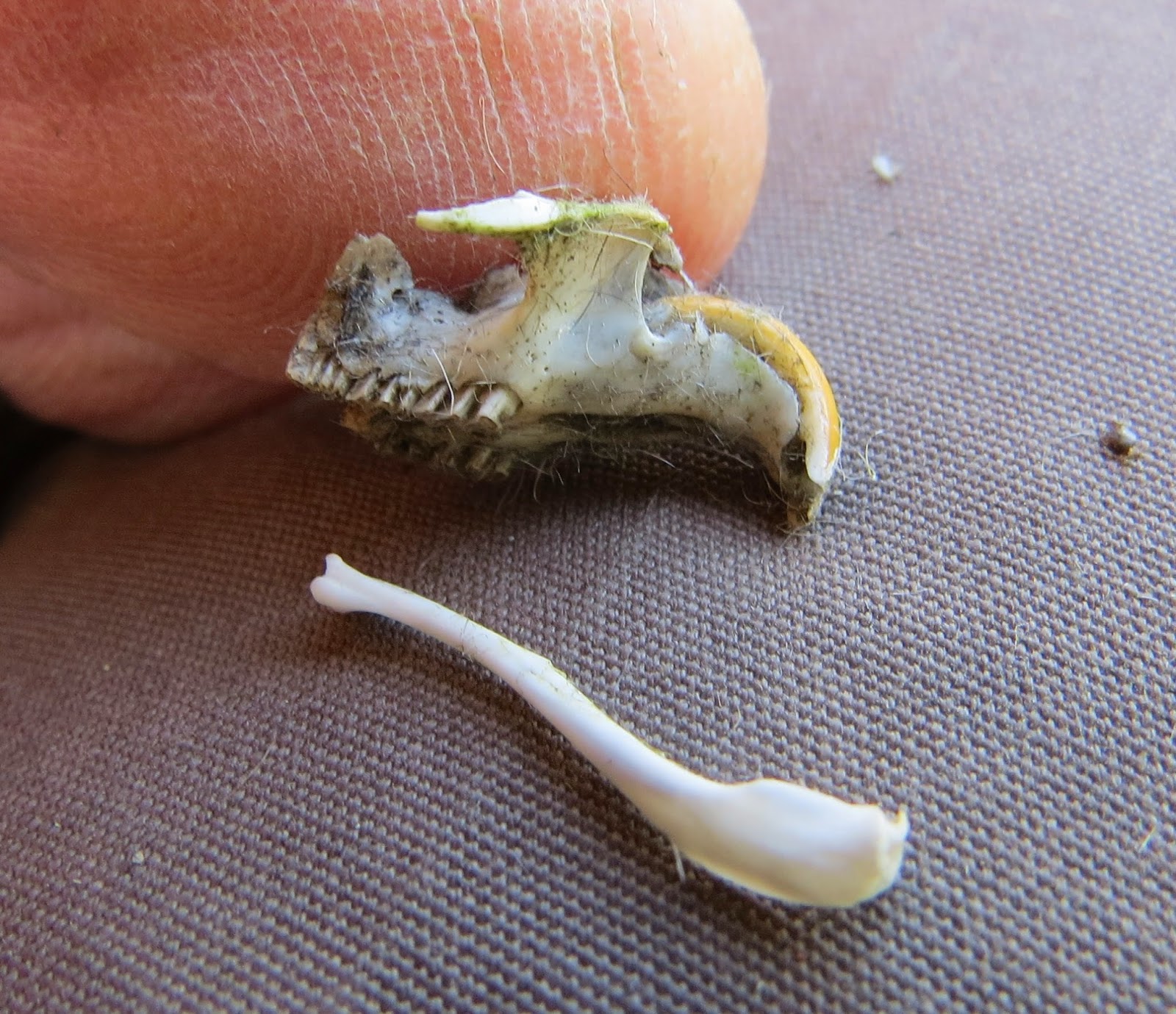 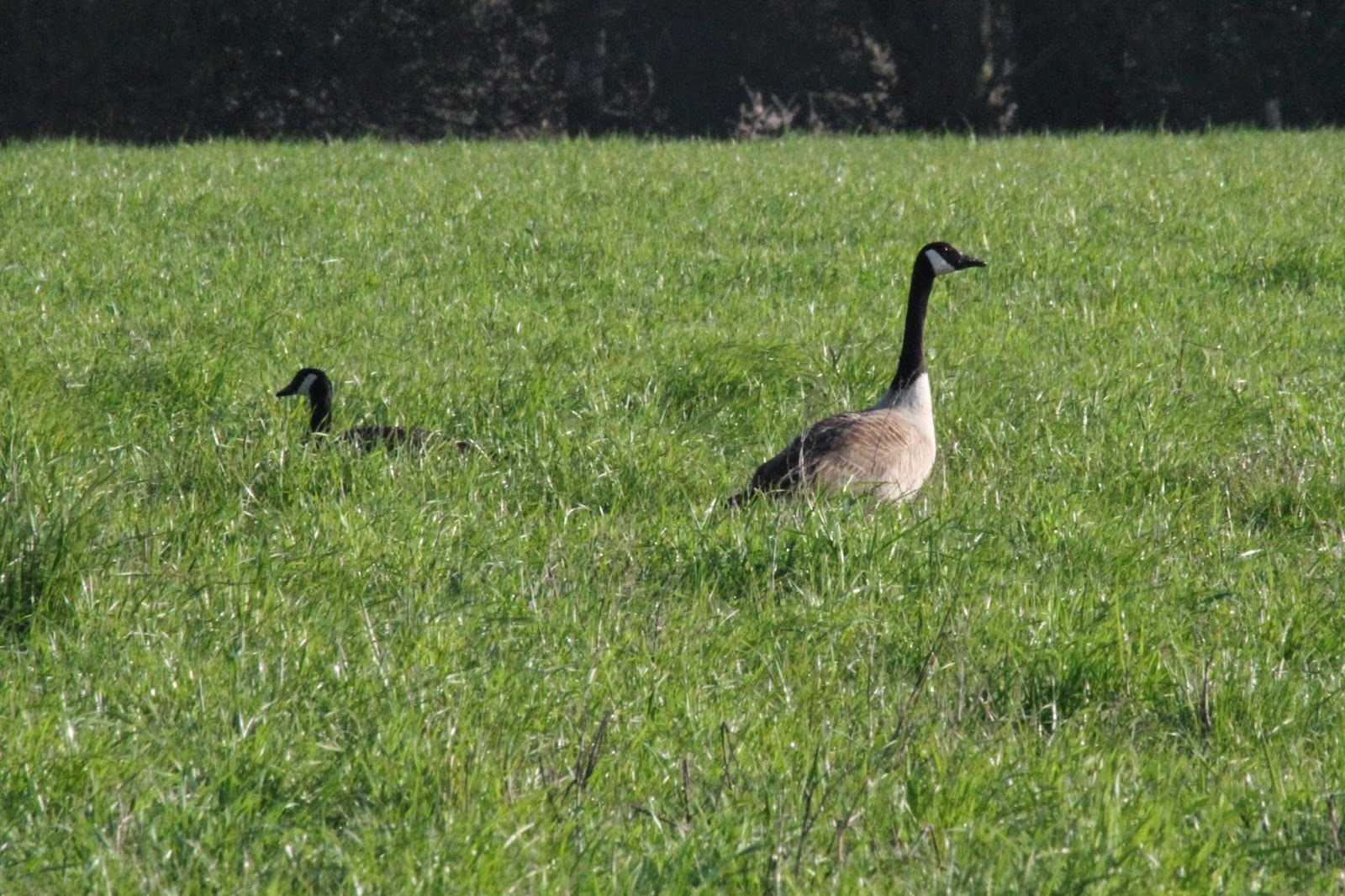 c2 CANADA GEESE
which have been frequenting the farm lately were 'up north' today. 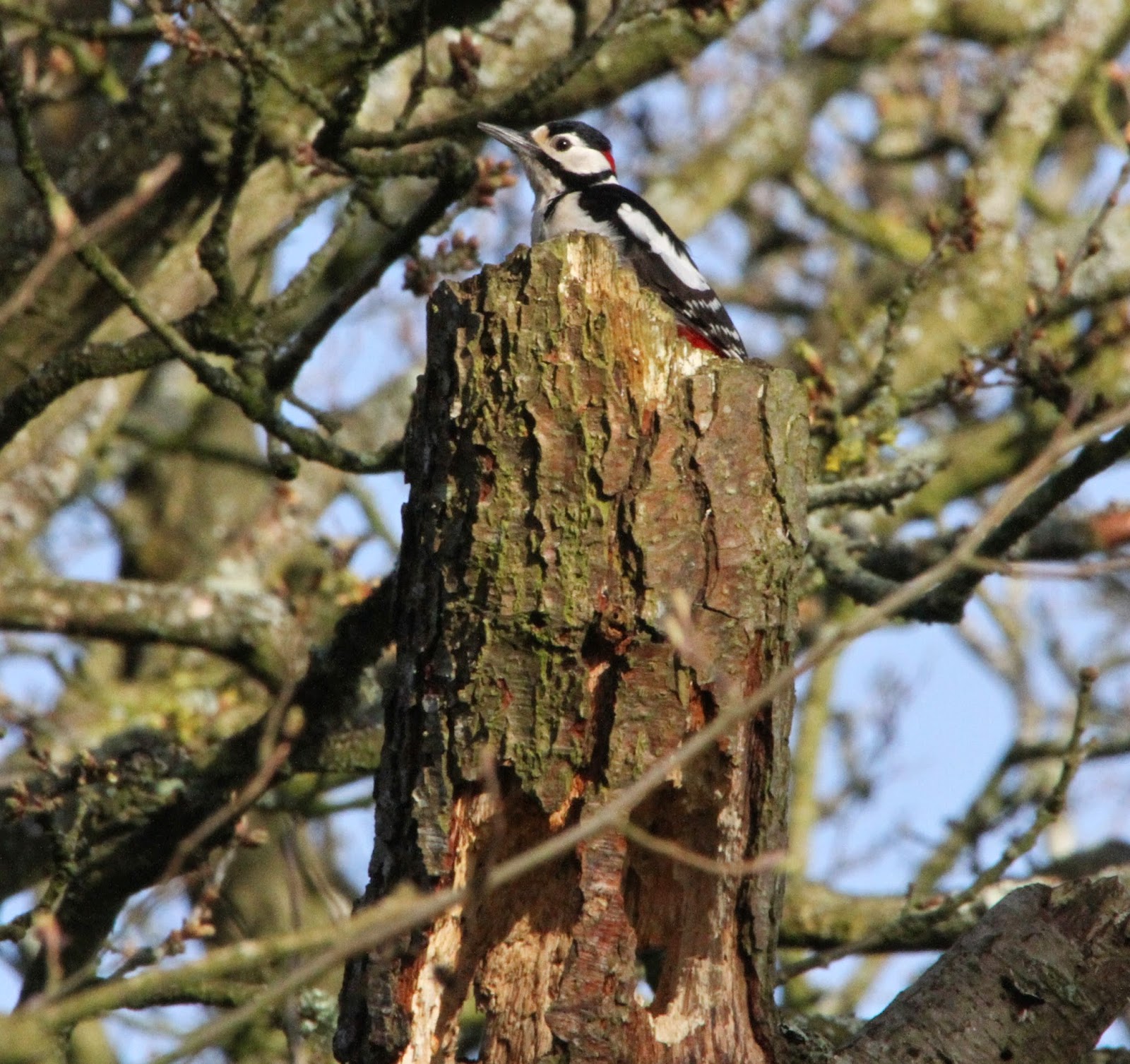 One of 3
GREAT SPOTTED WOODPECKER
which are undoubtedly nesting close by so time to beat a retreat! 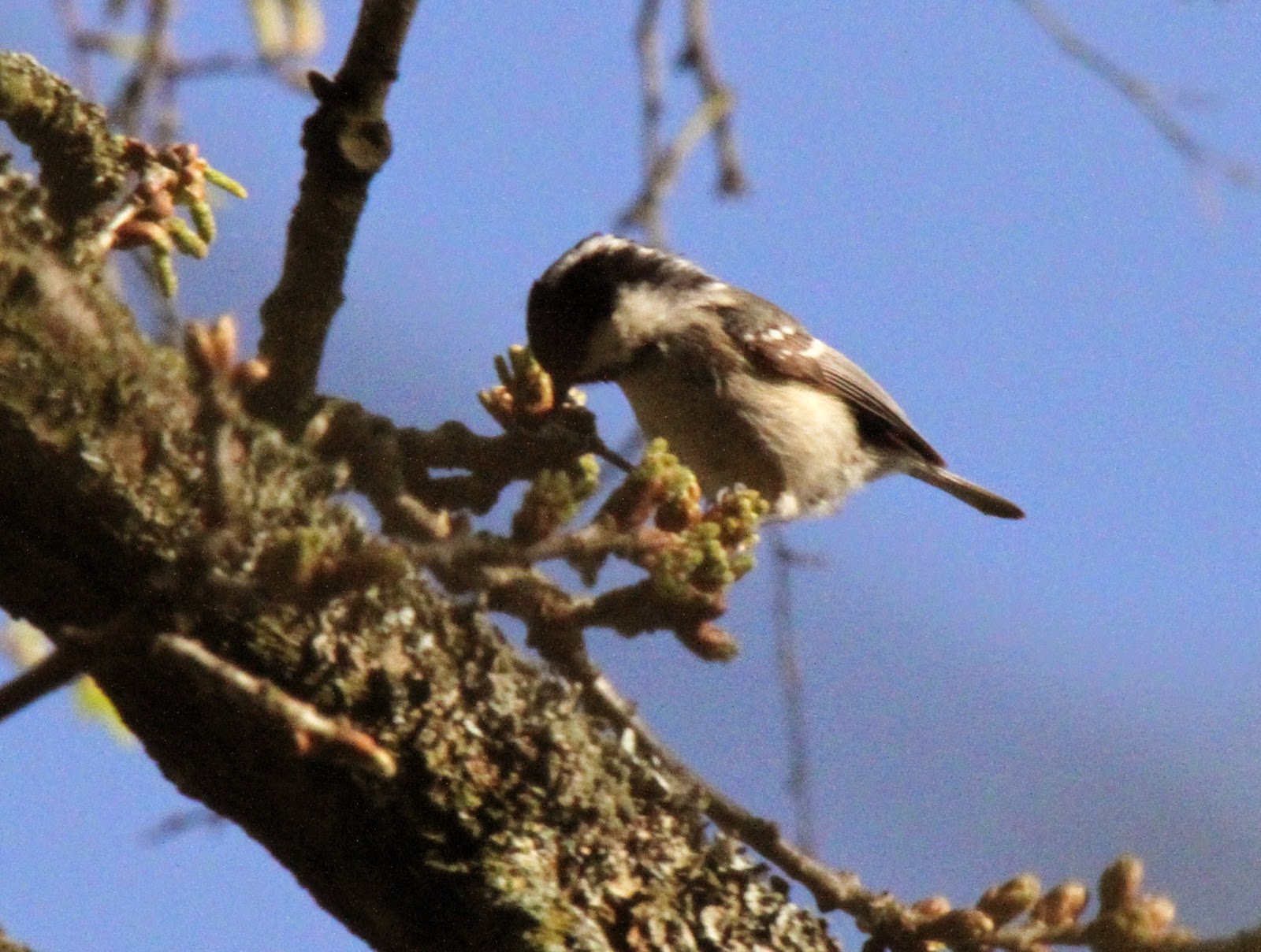 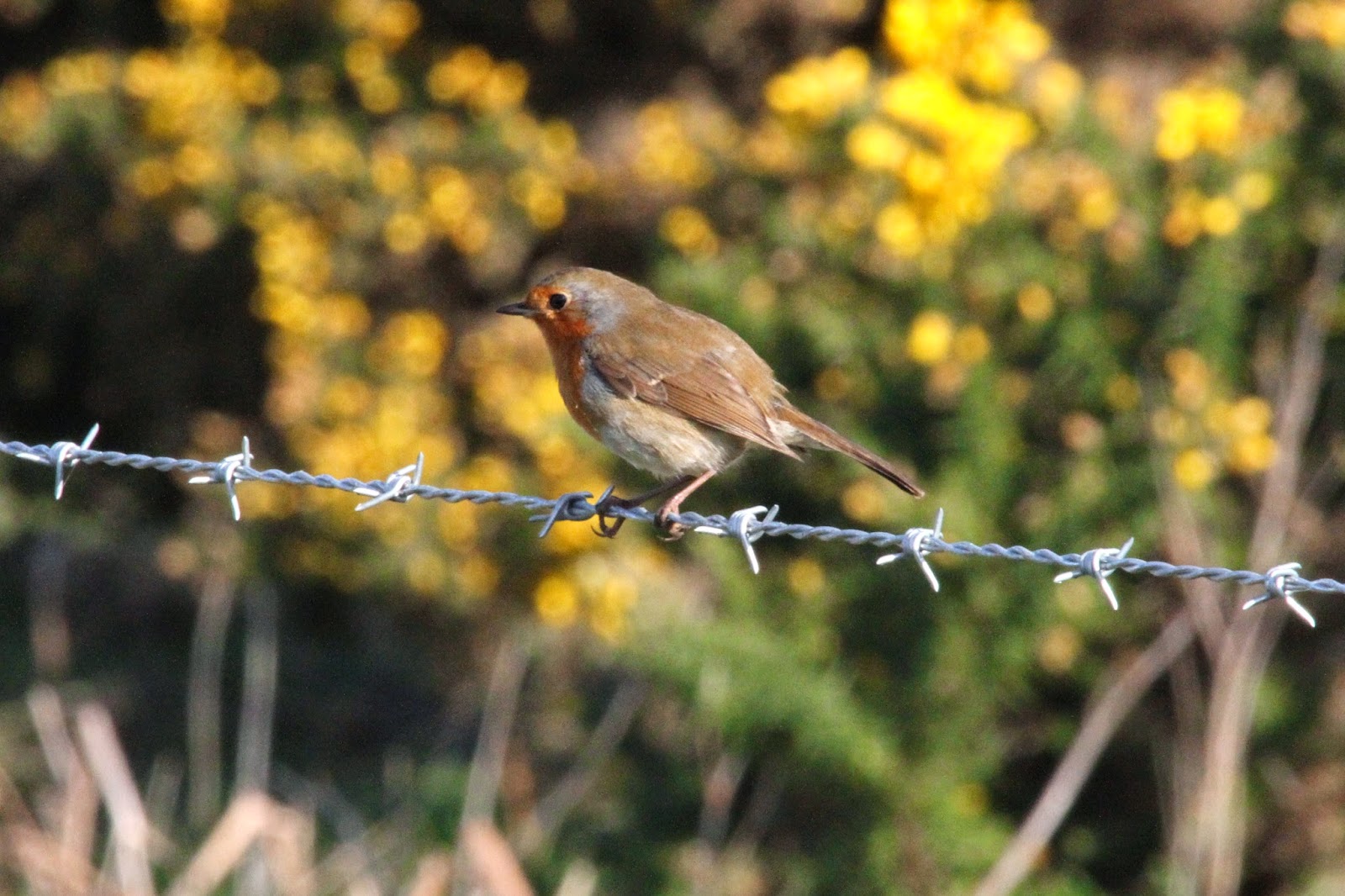 ROBIN
are very vocal, in pursuit of a partner. 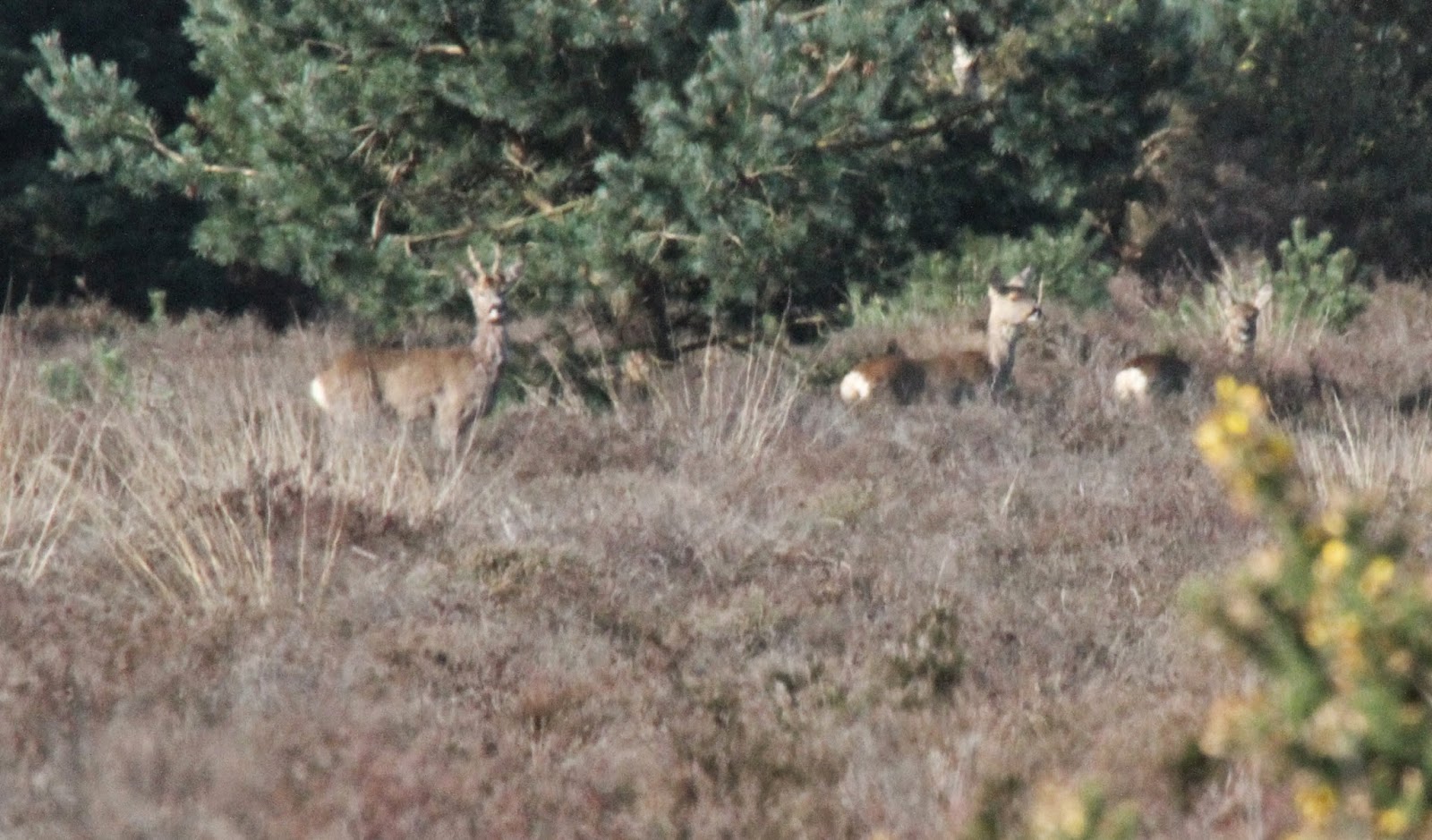 Small herd of ROE DEER and plenty of 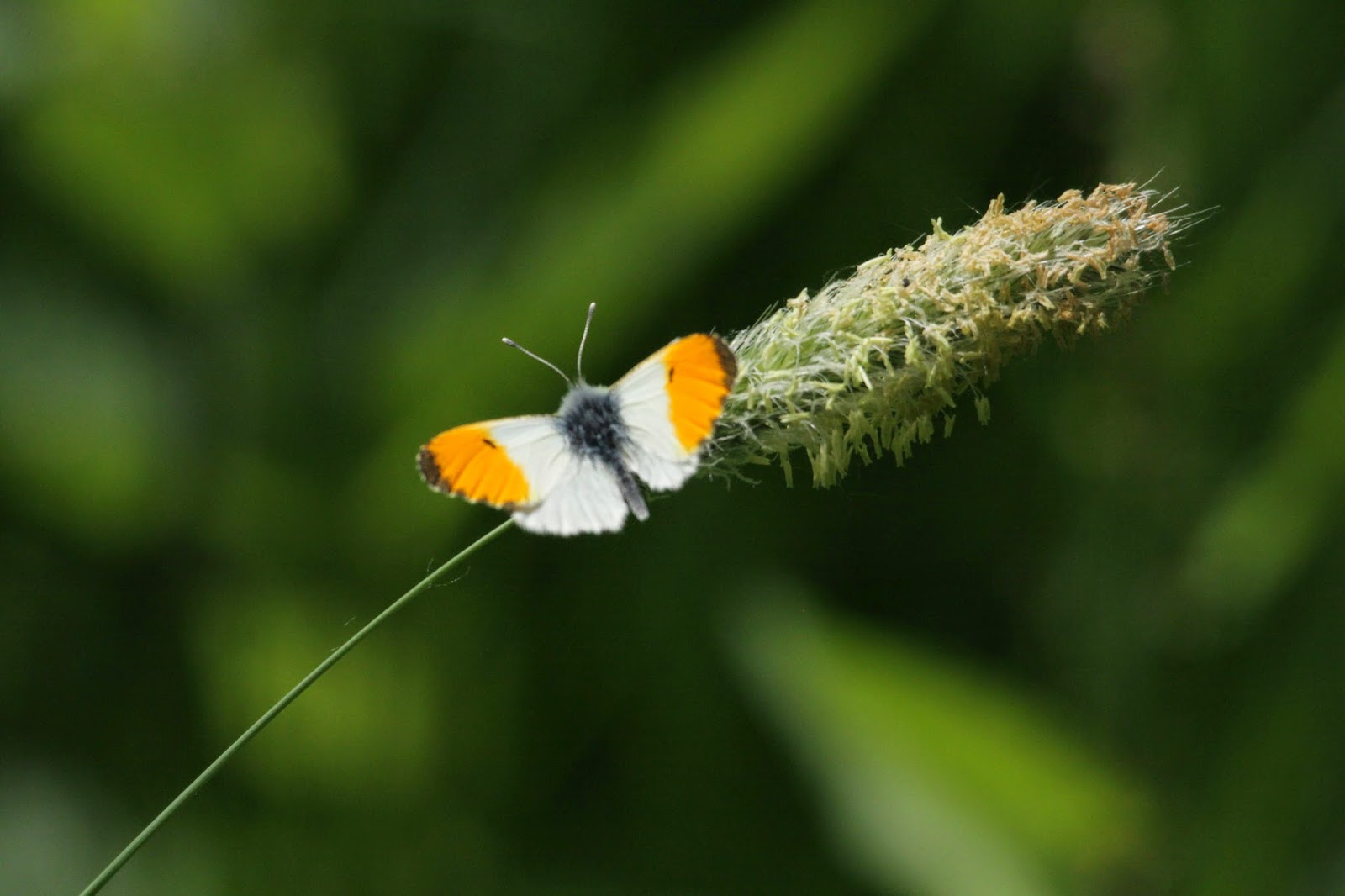 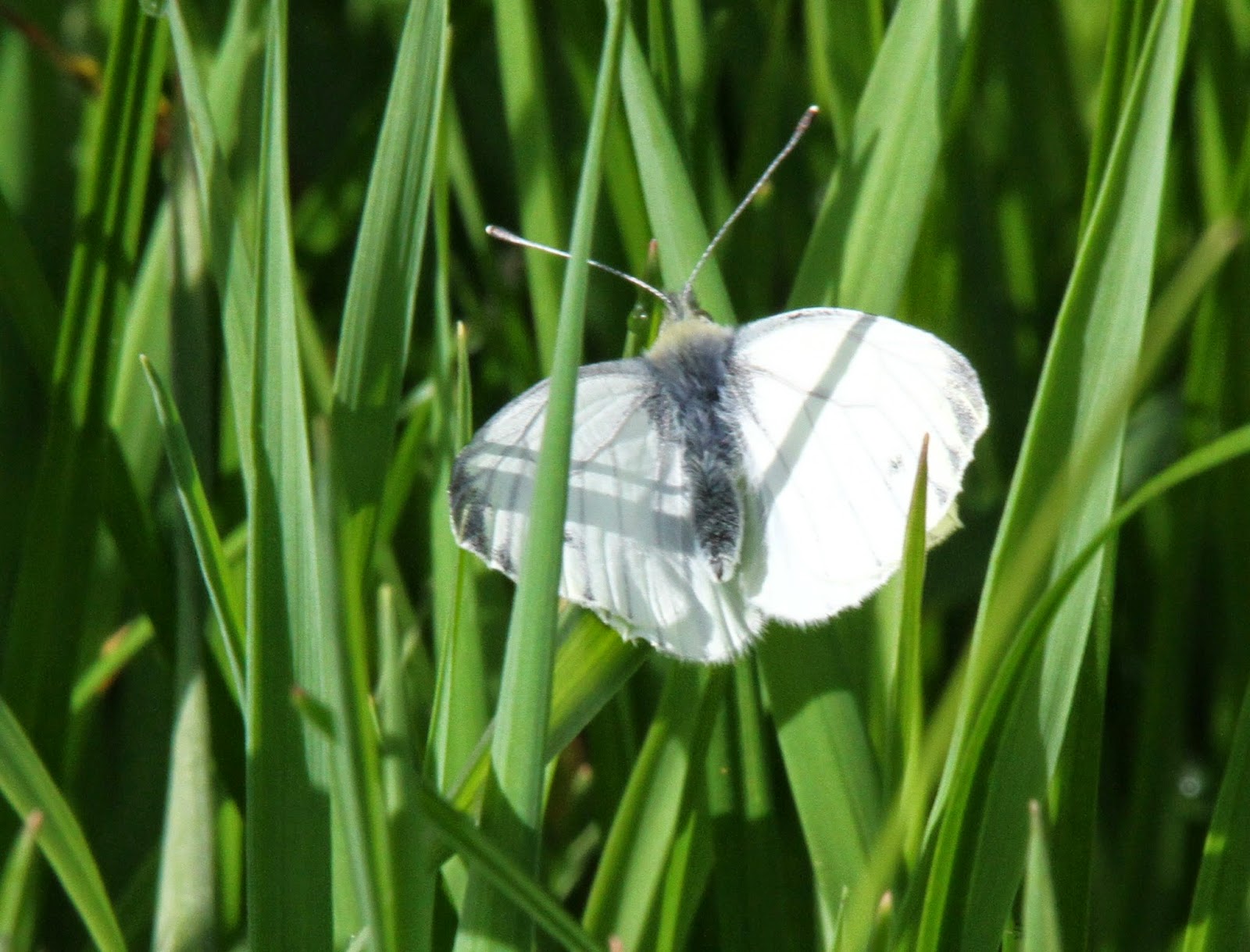 GREEN-VEINED WHITE BUTTERFLIES
on the wing in the bright and warming sunshine.
Most vocal of them all though was this 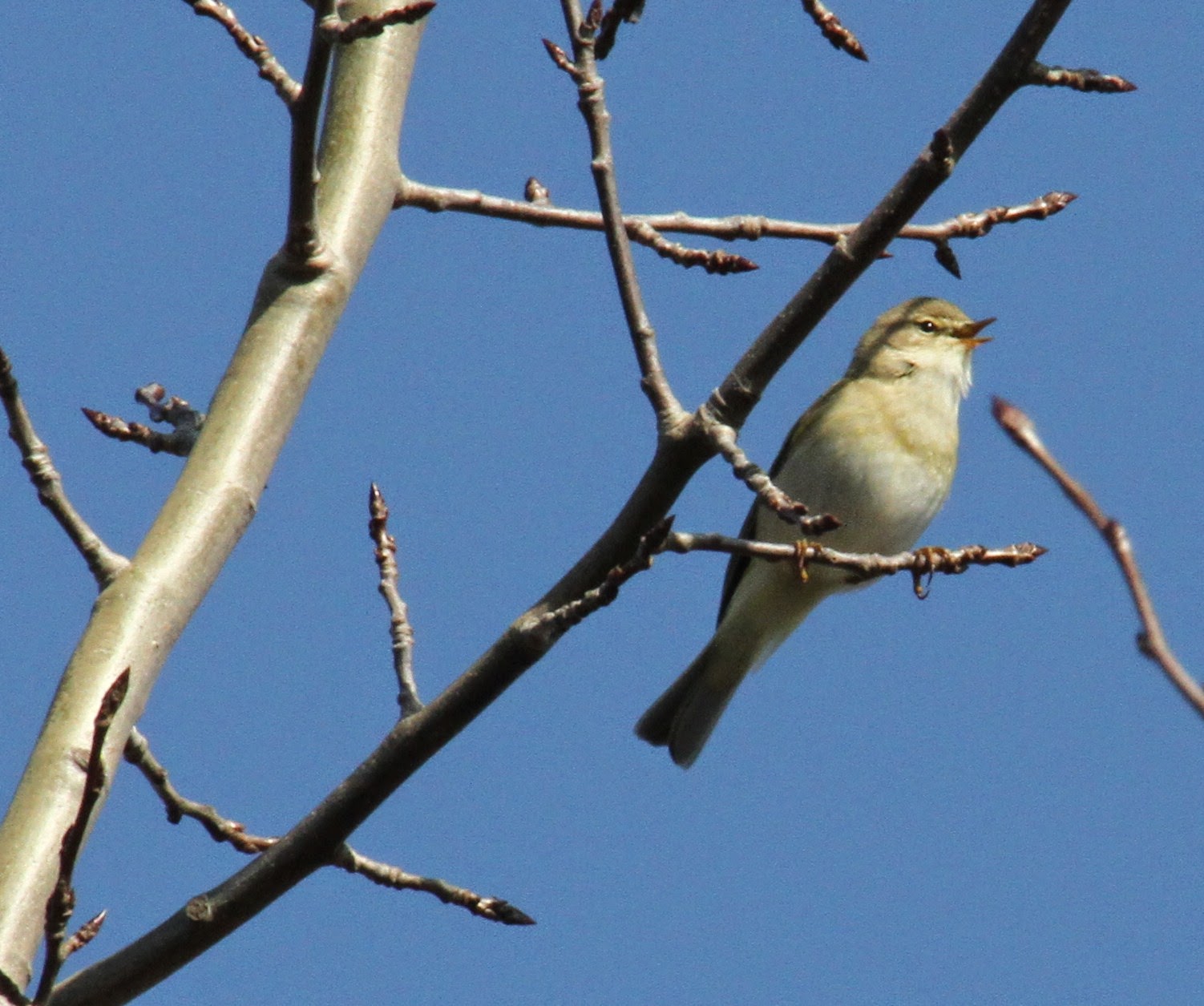 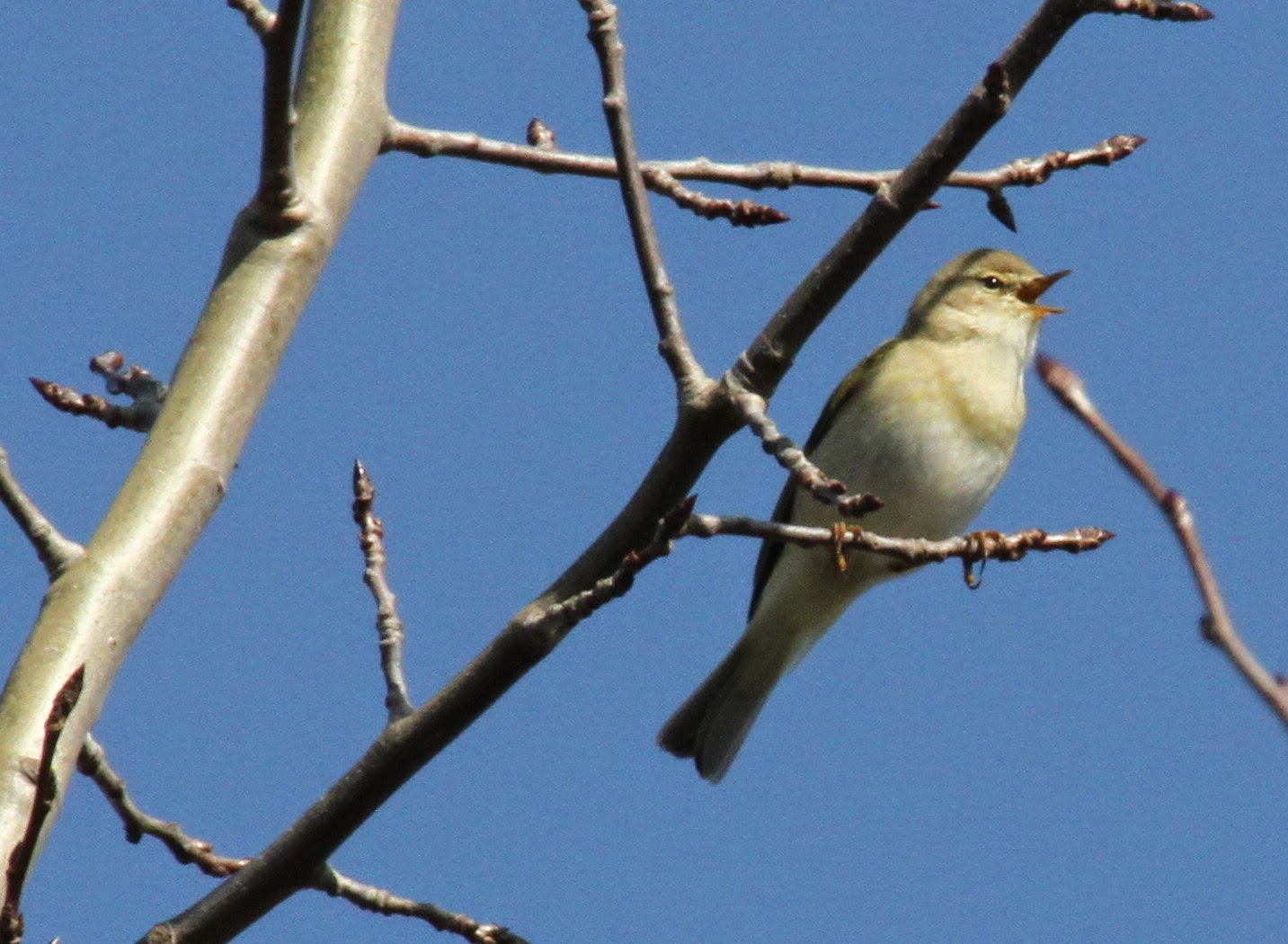 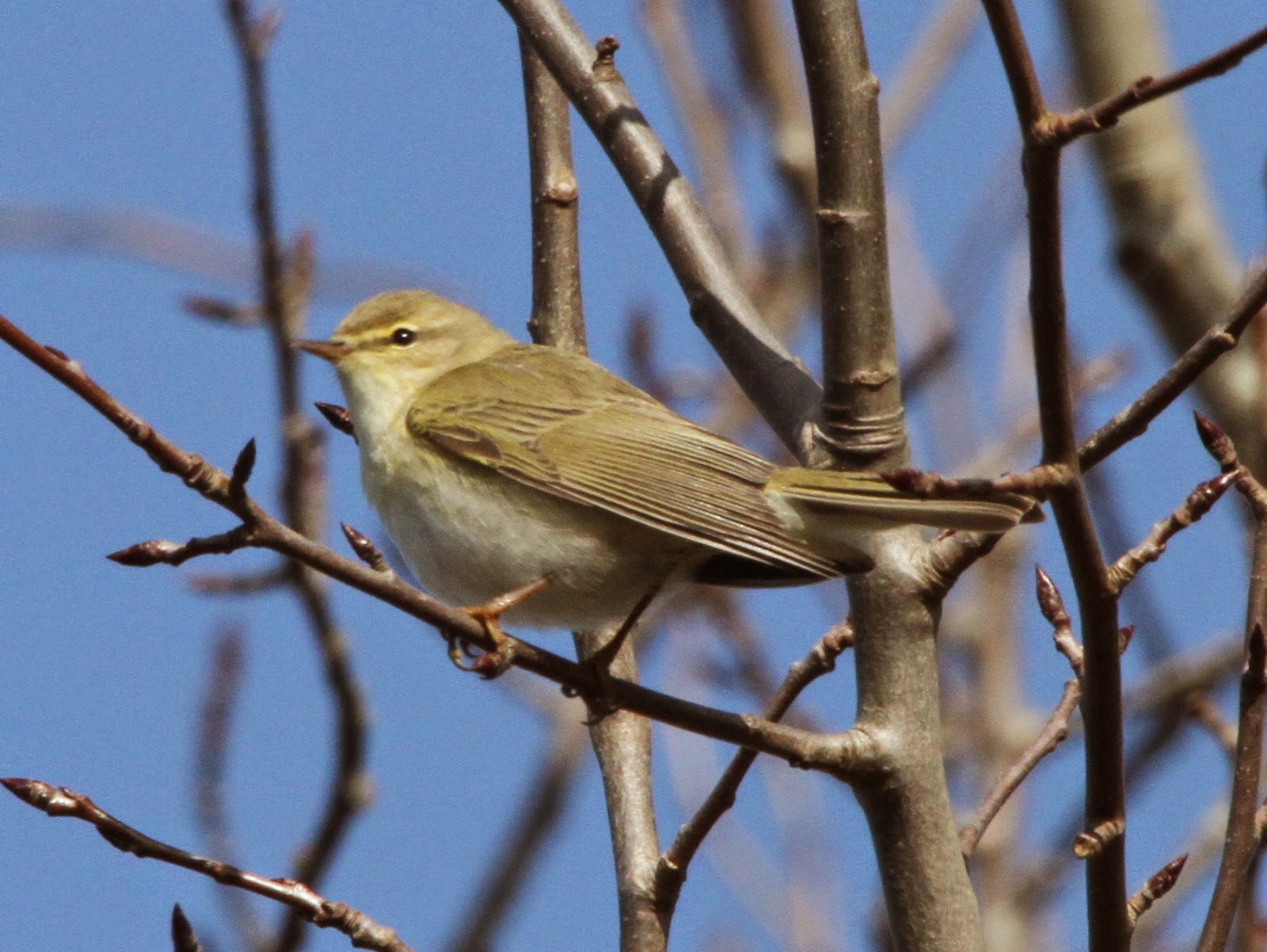 During my observations it very nearly (or maybe certainly) got one, 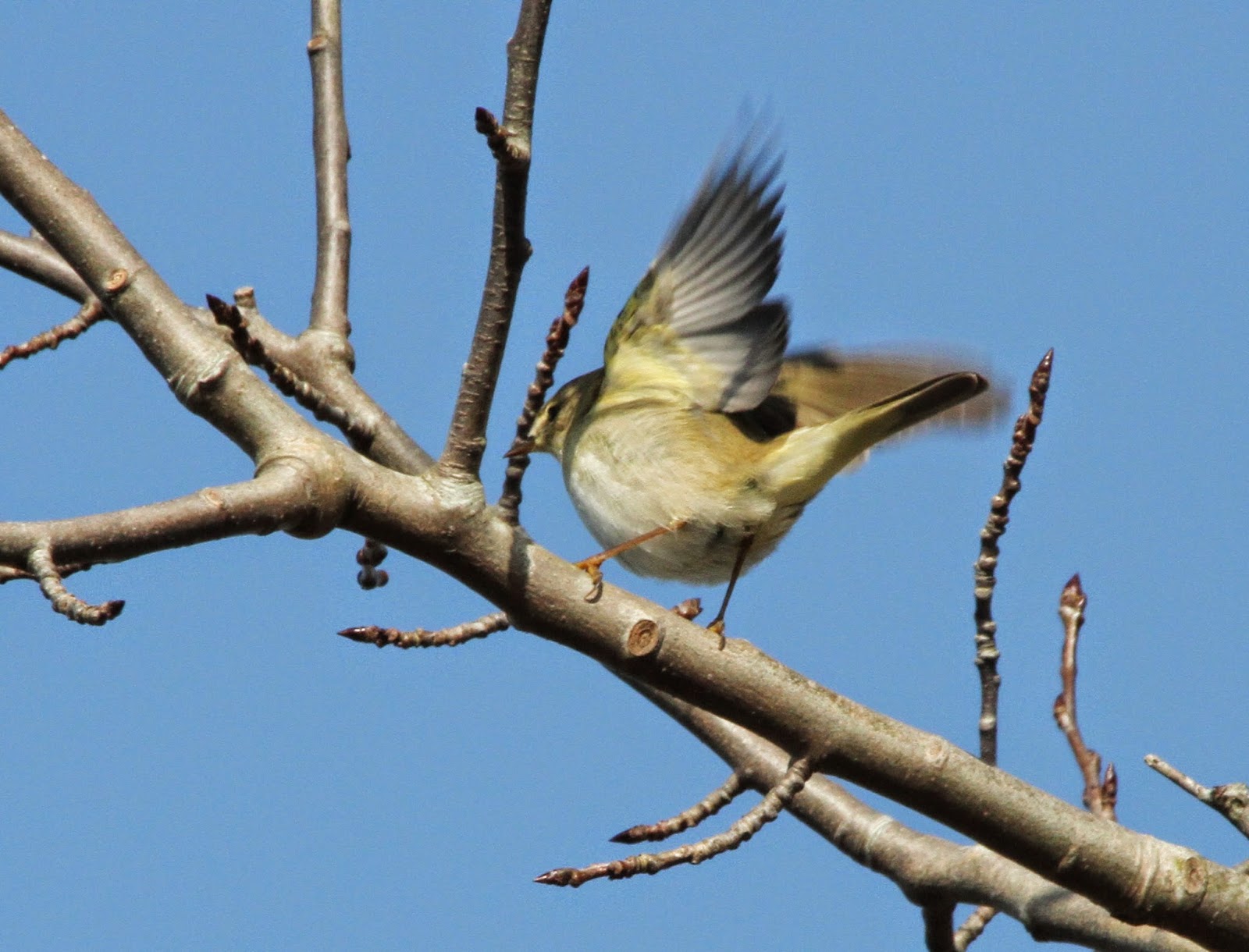 as a second bird arrived 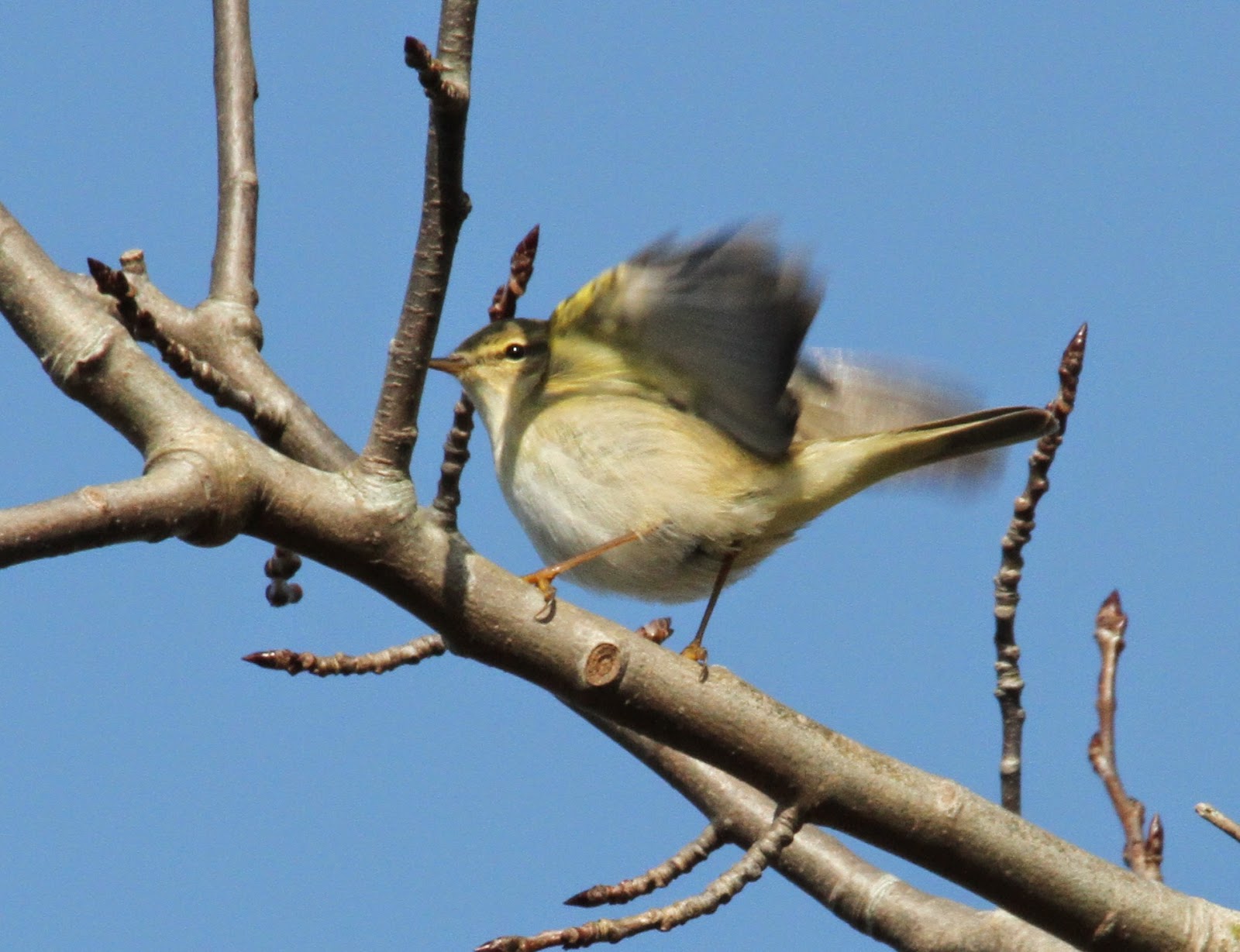 and sent it into 'bonkers' mode, 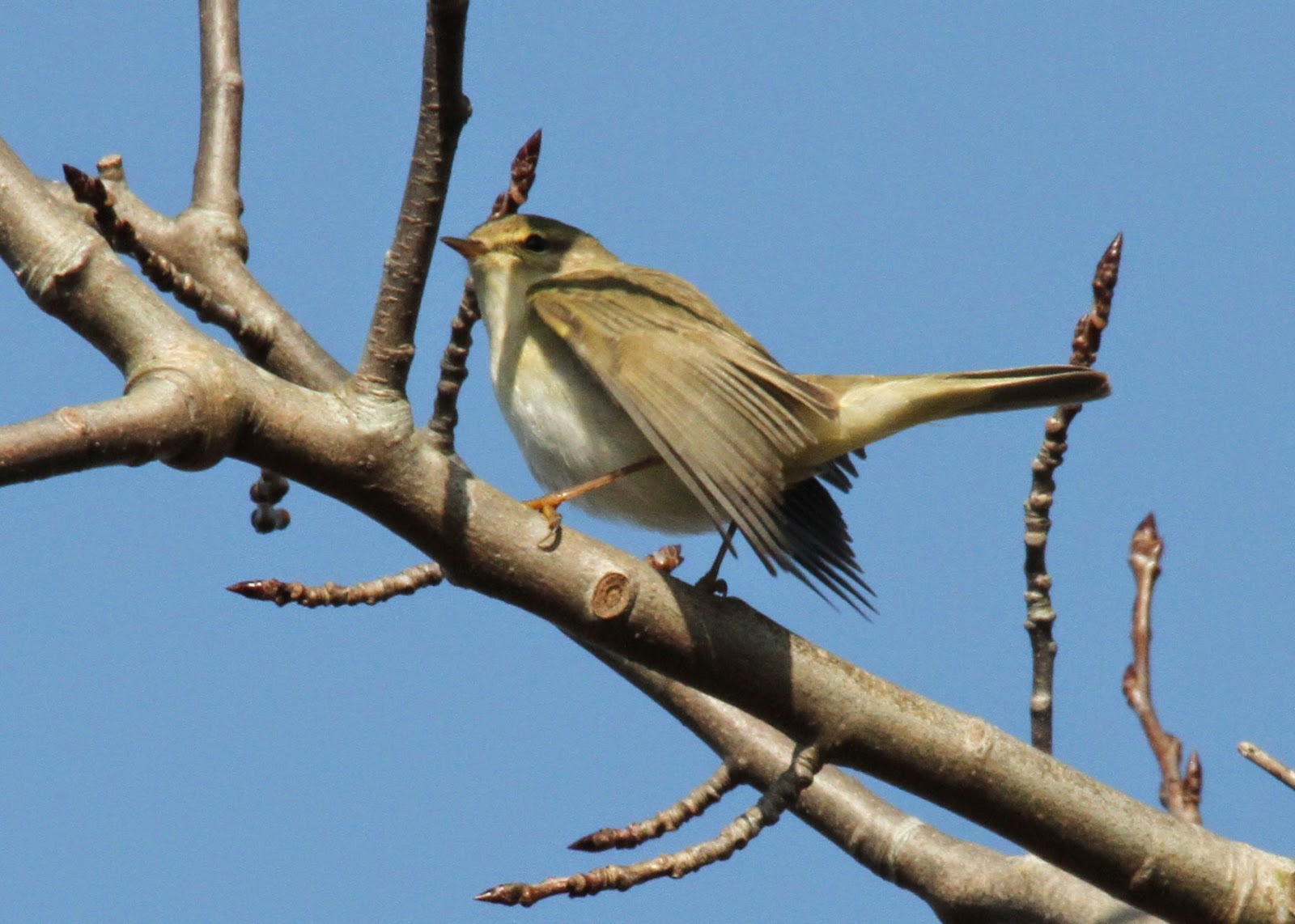 'displaying' a fascinating sight to see. 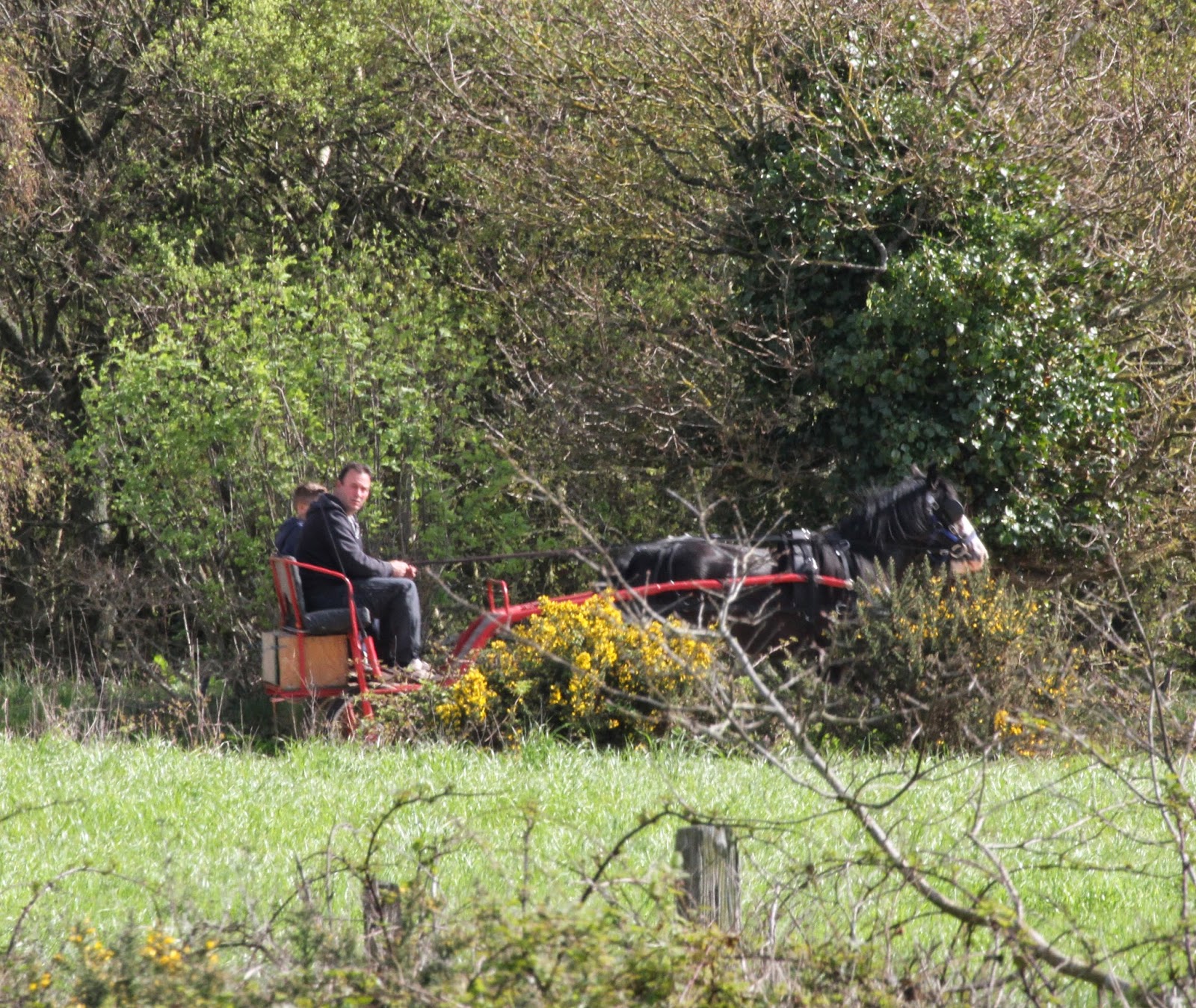 Talking of which so was this
HORSE and TRAP
(a sight to see that is)
as I headed back to Harbins for yet another of Janet's delicious dinners.
Something a little bit special to end with today; here for your felicitation
is a 'Birds-Eye View' of what had been my 'Home Town' for 54 years.
CLICK THIS LINK!
Weymouth, Dorset
Posted by Bagsy at 13:49