Hold a halo round the World golden is the day.
Princess of the Universe your burden is the way.
So there is no better time who will be born today.
A Gypsy child at daybreak a King for a day.
Despite the very early mist, it was the most promising start to a day we have experienced for quite a while. The murk quickly cleared leaving a blue sky peppered with about 4-okta of 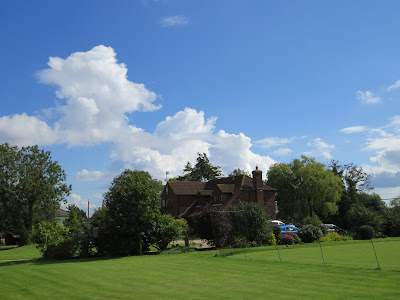 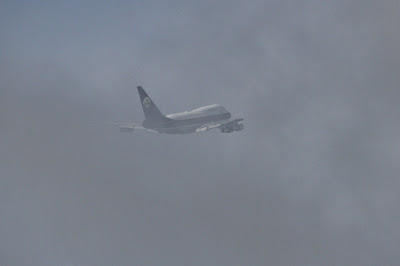 Still watching the skies, the Sheik taking another junket
in the Jumbo Jet, 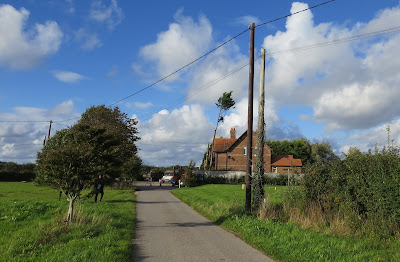 and still watching the
LUMBERJACKS 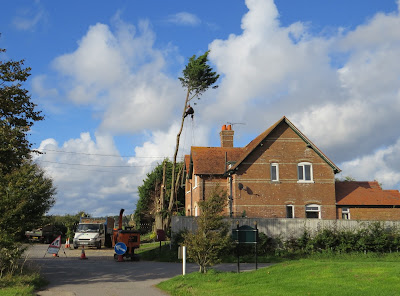 were up and about early this morning.
Our view is that Hugh
will never get this
Christmas Tree
to stand upright in the Harbins Dining Room!
Although the images above show views of a beautiful Sky-Scape
the day did start in 'misty-mode' which burnt off rapidly and at about
the same time as we gathered in the Moth Traps.
Not a brilliant haul, but enough to keep the interest up. 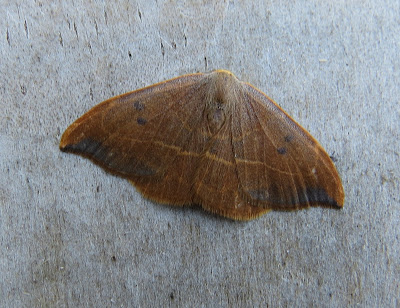 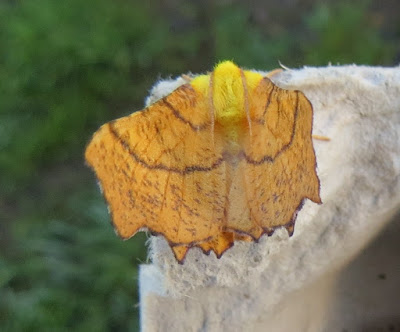 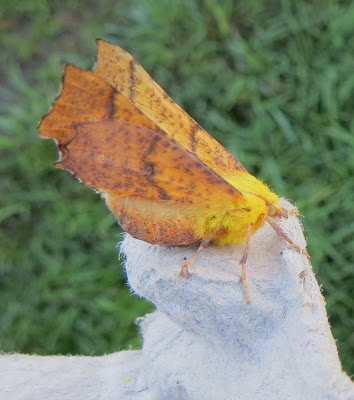 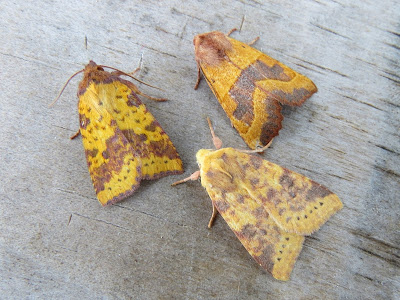 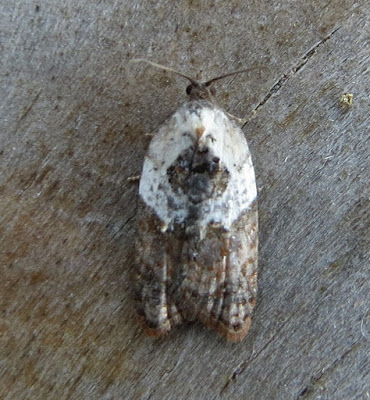 A very brief dabble into the world of the 'Micro' Moths
GARDEN ROSE TORTRIX
before continuing with other creatures found within. 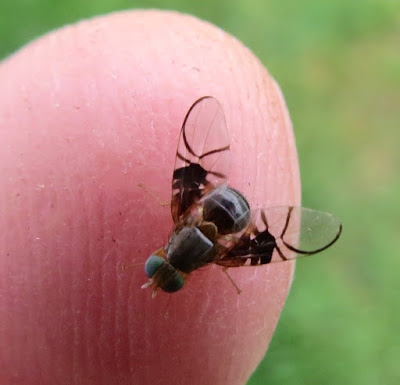 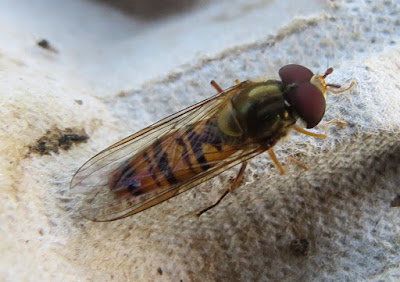 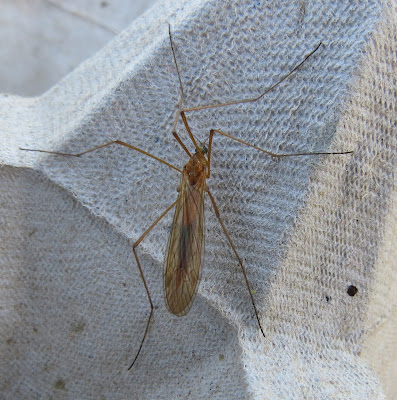 One of the
EMPIS
species, a difficult family group. 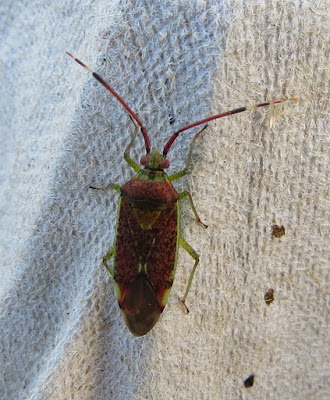 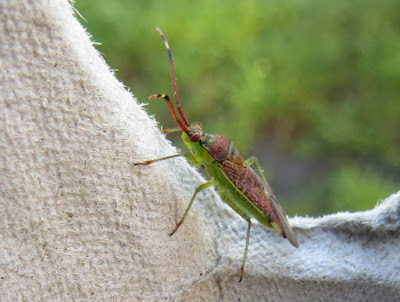 A young Insect still in one of the early stages of development.
About once every week, and after relaying the Moth Traps, we take a
Great Circle Route
back to the main road and onward to the Common and Merritown Heath,
which is via 18-Acre and a look for the Little Owls which were not showing again today.
Good job we did this morning as if not we would have missed the appearance of 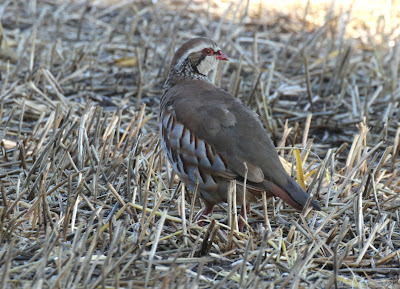 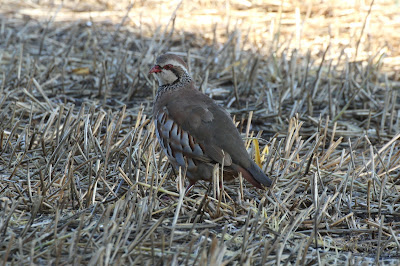 which, as far as is known, is the only one resident at the
southern end of the Farm. 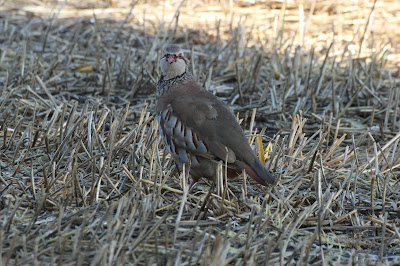 Seemingly content confined to the 'shadow' and feeding on the recently
harvested Barley Stubble, it was a longish wait for it to come 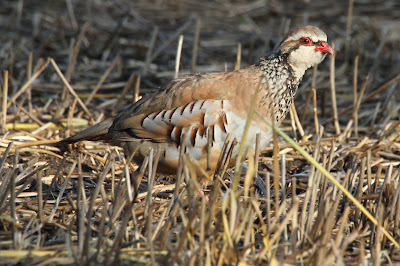 Out of the Shadows and in to the sun.
Dreams of the past as the old ways are done. 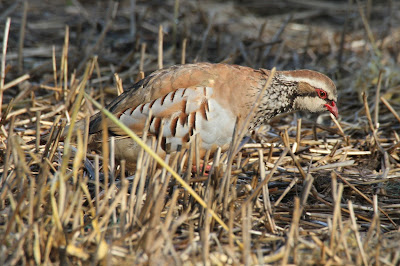 Oh there is beauty and surely there is pain.
But we must endure this to live again!
Plenty of spent Barley here.
Young Cock PHEASANT already Out of the Shadow
but soon back into it!
A Game for Game Birds.
PHEASANT
At Merritown an interesting Fungus known in Latin as 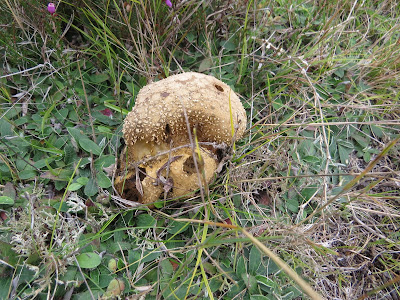 PISOLITHUS ARRIZUS
along with a whole list of vernacular names including
Bohemian Truffle (in Europe), Horse Dung Fungus (in Australia) and
traditionally in Great Britain as the Dyeball Fungus after the product it yields.
It is also known elsewhere as Dead Man's Foot. 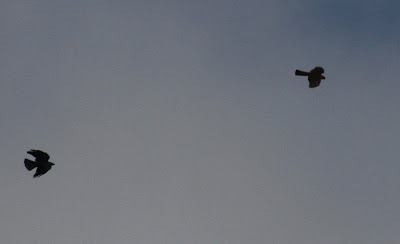 Distantly from Merritown Gate there was an aerial tussle going on 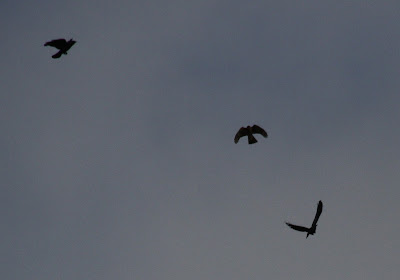 between c3 Carrion Crows and a 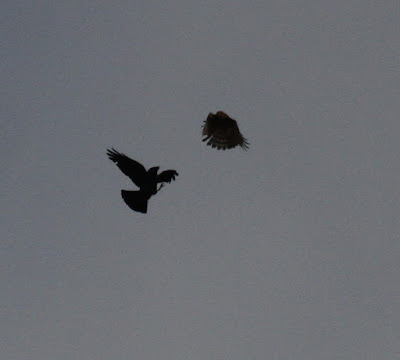 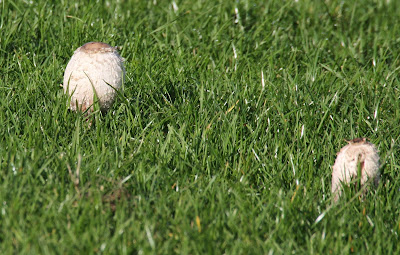 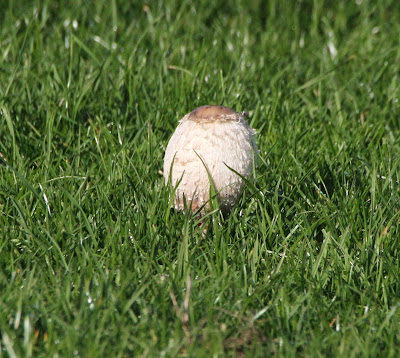 close to the Irrigation Pond where these 2 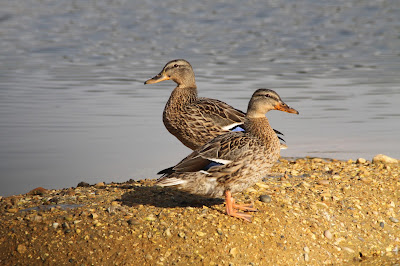 MALLARD
were on the Island taking the sun - no shadows here!
At the end of the day some Cumulus Cloud still prevailed this one
just about qualifying for a 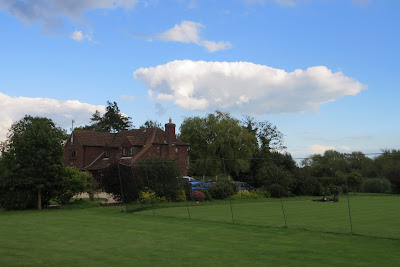 Dissipating 'ANVIL' again over Harbins.
Dusty dreams in fading daylight flicker on the walls.
Nothing new your life's adrift what purpose to it all?
Eyes are closed and death is calling reaching out its hand.
Call upon the starlight to surround you!
A man who casts no shadow has no soul!
Out of the Shadows - Iron Maiden