Yes, we know it's DESTRUCTION but that doesn't fit!
After featuring an Insect of one type or another on just about every Post over the past 8½ months,suddenly it seems very strange to be without them. There are still one or two candidates about, mainly Bumblebees, but our 'doorstep' Dronefly is still putting in the occasional appearance. Otherwise, and by comparison to recent weeks, it has been very quiet with Construction rather than Wildlife being the prominent activity. 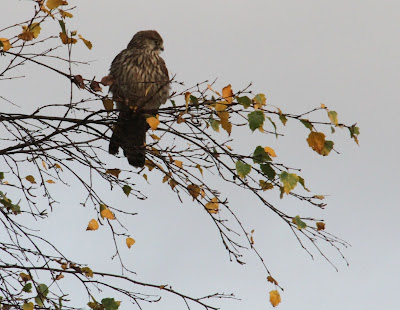 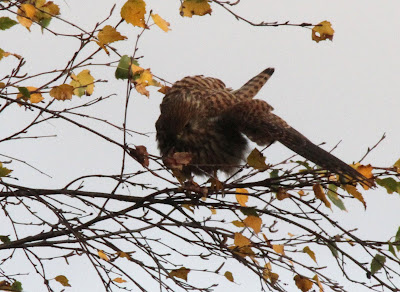 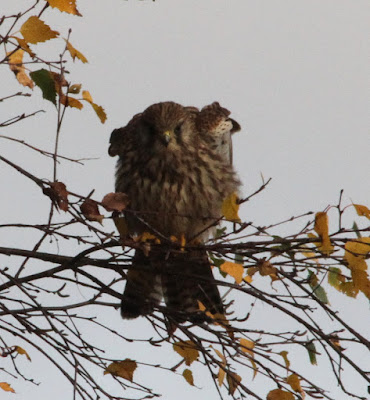 was seen on Merritown Heath a couple of days ago 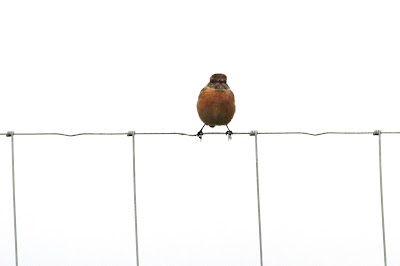 while on the way back there was just a single 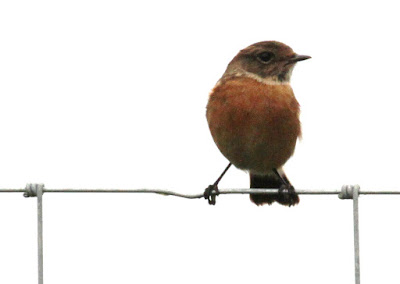 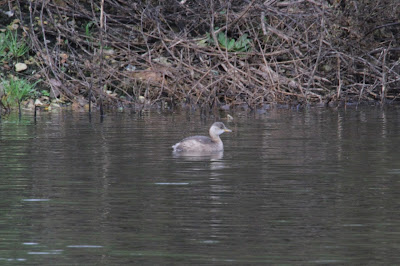 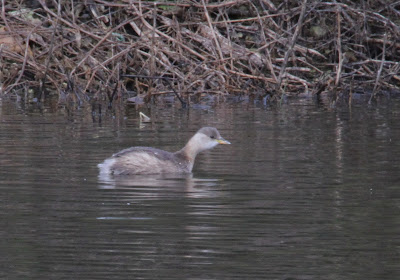 at the Gravel Pit as a 'returning' bird as suspicions are that it has just
been keeping a low profile rather than having been on an
Away Day. 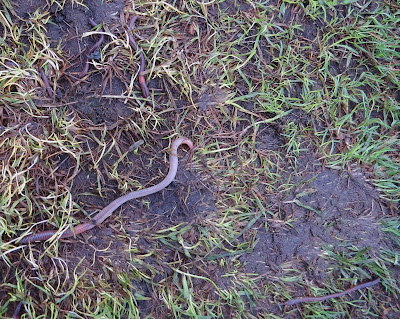 It was fairly grim going inspecting the Reptile covers with just these
EARTHWORMS
to show for our efforts, but then Bingo under the final sheet c2 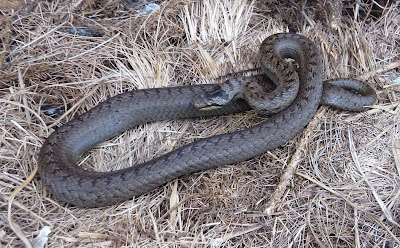 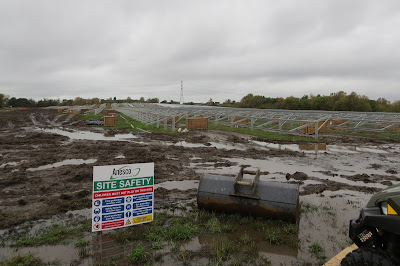 Despite the quagmire, construction continues apace on 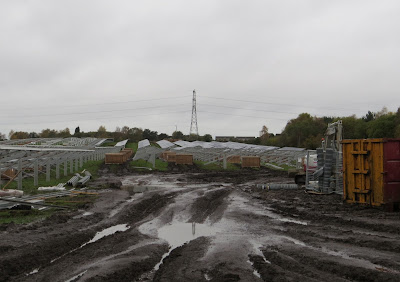 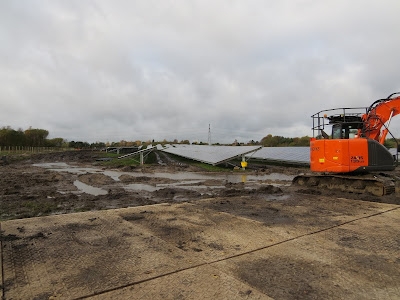 but we don't envy them there task this week when 'trenching' and
'cable laying' commence in the very wet conditions. 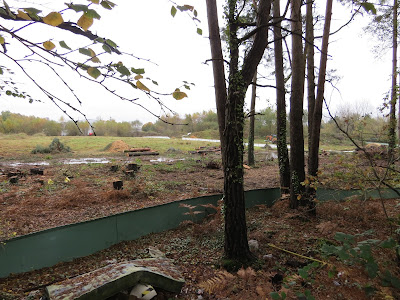 At the Parley side of Bournemouth International Airport 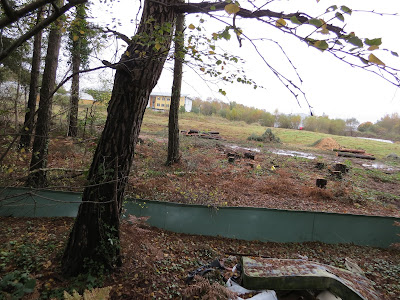 another area of Heath has been cleared to make way for what we
are told is going to be a Store for Aviation Spares? 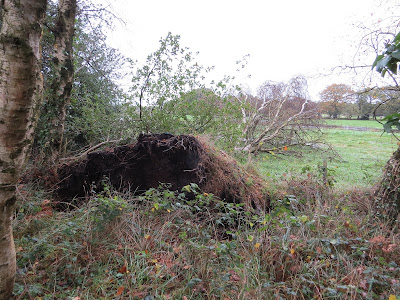 Walking what used to be open meadows, but have now become the
extended banks of the Moors River, the recent high winds have taken
their toll of the less deeply rooted
SILVER BIRCH 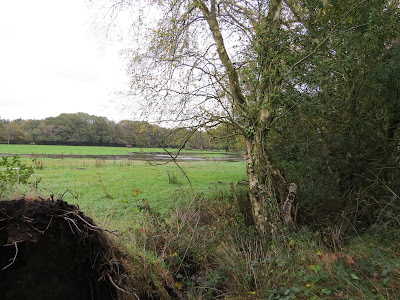 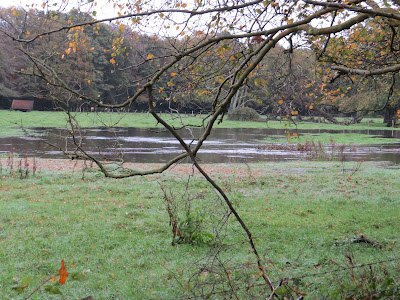 it's going to get a lot worse before it gets any better?
and while in Arboreal Mode both the 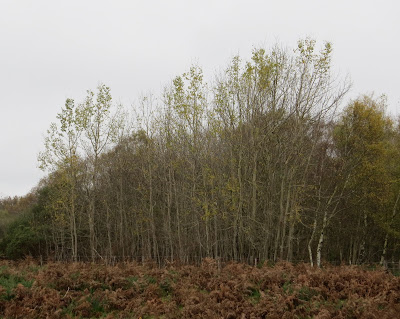 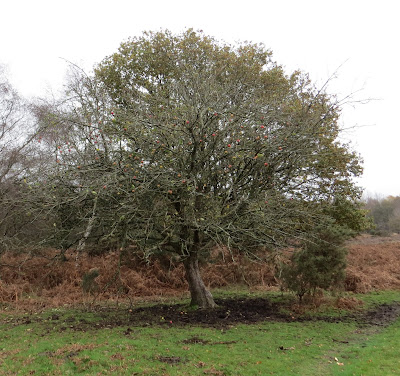 APPLE TREE
at Merritown Gate are looking a little forlorn! 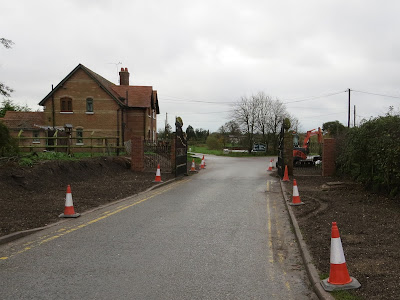 More construction, the new pedestrian pathways leading through the
Parley Court Farm Gateway.
Finally, we are still enjoying the daily visit of the
GREEN WOODPECKER
to the now disused (until next season) Tennis Court.

Coincidental that Singapore should appear on the Stat Counter Radar today as the Memoir has just seen me leaving that country after a most pleasant weeks stay back in 2001. There, 'Little India' was selected as a base where much of the time was spent among the 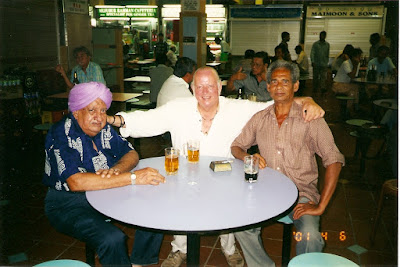 Hindu Community with a few Sikhs thrown in for good measure. 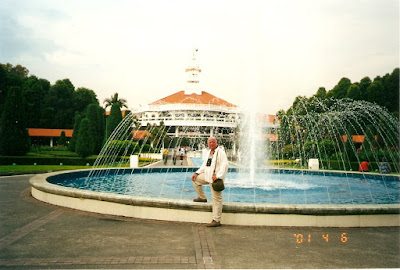 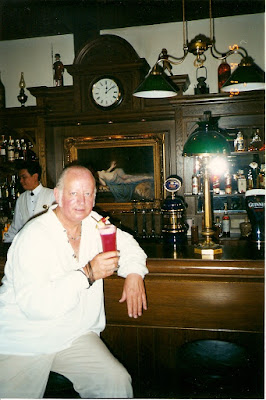 and what would Singapore be without a
SINGAPORE SLING
in
RAFFLES
Posted by Bagsy at 08:14