Three days of blustery wind and frequent heavy rain has prevented us getting as much time in the field as we would like but, the Silver Lining has been huge progress on the Memoir front. Although edited and now complete up to the end of 2001(a year which took us to Portugal, Cyprus, Thailand, Malaysia, Singapore, Mongolia, Iceland, Bulgaria, Turkey and Greece) there is still no light at the end of the tunnel, but we soldier on. 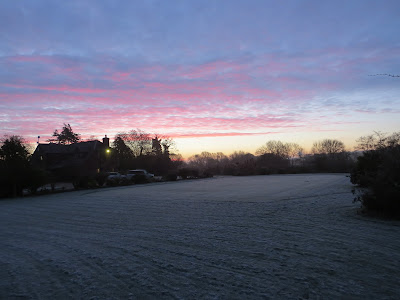 THE ONE THAT NEARLY GOT AWAY
The frost at Harbins on Monday 23rd Inst.
Over the past few days Parley Pond has produced 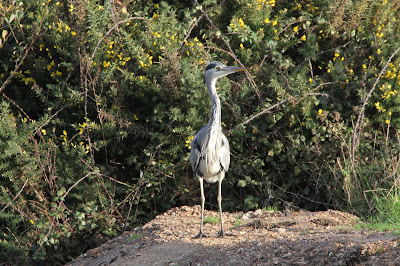 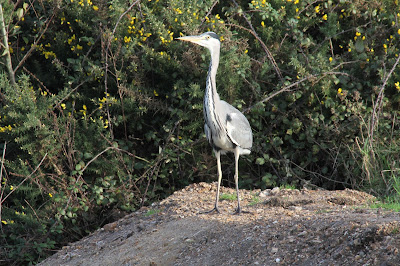 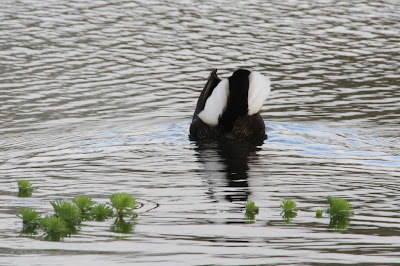 and still c8 or more 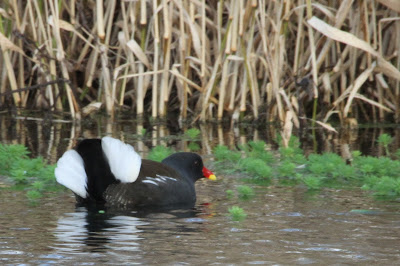 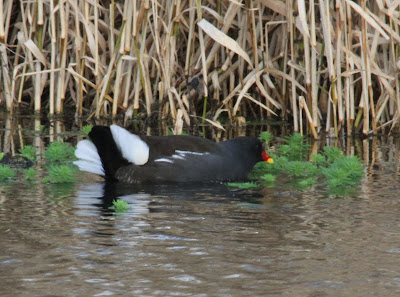 which were at first thought to be 'windblown' but were surely 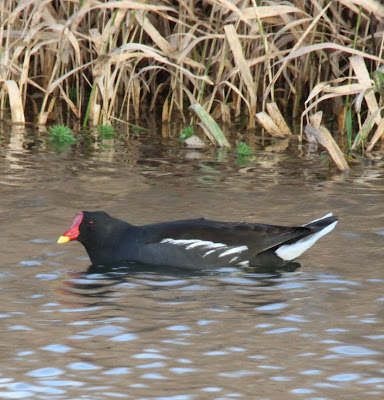 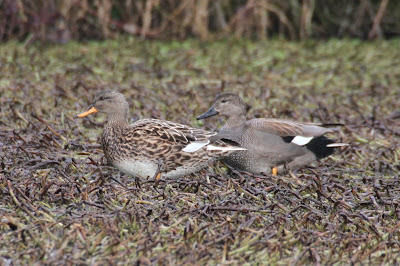 Again we have c3 GADWALL there which are, at least in part,
different to the similar c3 reported on the 21st of the month. 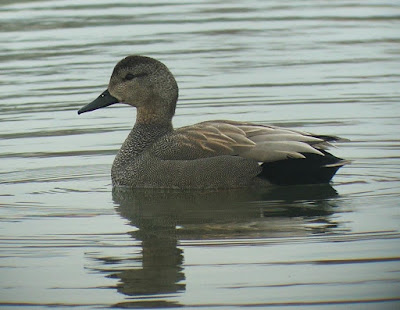 This time the combination includes a single male in company with 2
female which is the opposite of the last lot. 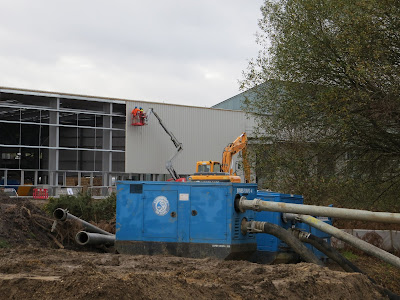 Bournemouth International Airport
and a look-see how the cladding on the new building is coming along.
The latest reference its use is for the construction of seating for the new Airbus??
It'll be something else next week!
Here also we found something of a conundrum. 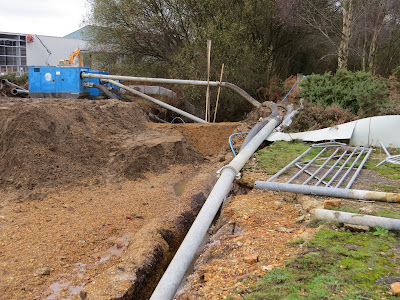 While further away from being a Civil Engineer than Attila the Hun
it is baffling to know why the tributary to the Moors River has been
dammed (above centre) for the 3rd time, while there has been a need to 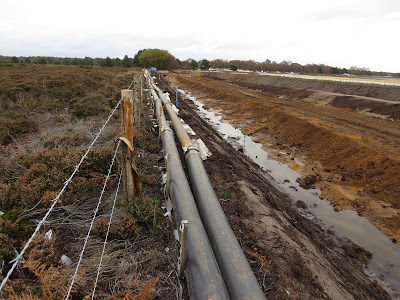 rig this run of pipework for the 5th time since works began on the
Balancing Pond? This time a twin pipe has been put in place and once
again the pumps are clattering away at both ends. 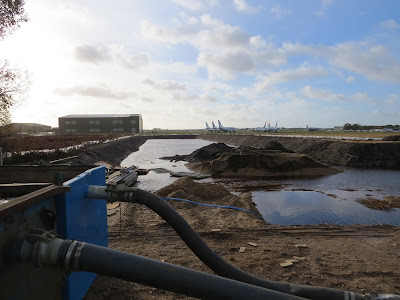 At the most easterly end this fairly large expanse of water is looking
set fair for Wader or Wildfowl alike! 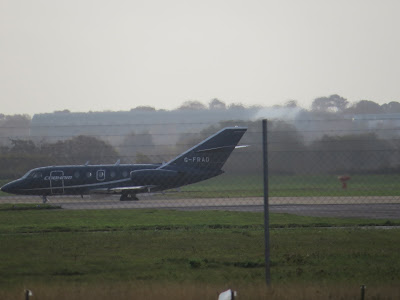 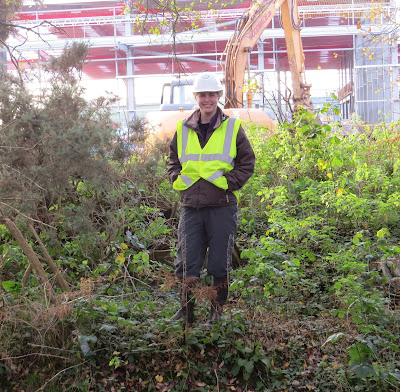 Talking to this young lady Ecologist, across the expanse of the tributary,
she tells me there is a need to run more permanent pipes across this
area of undisturbed ground, hence her presence looking for Reptiles. 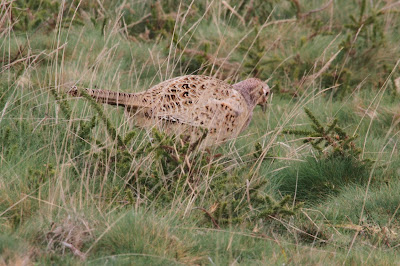 The only bird seen on the ground throughout the visit to
Merritown Heath was this female
PHEASANT
unless you count the 'stranger in the camp' over on the tarmac. 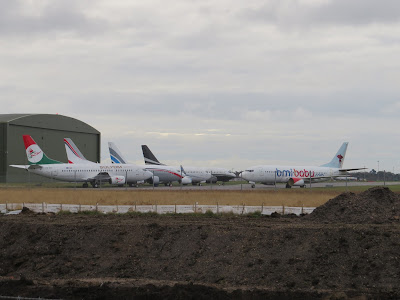 It was thought that British Midland no longer exists as an Airline and
certainly don't fly from BIA. 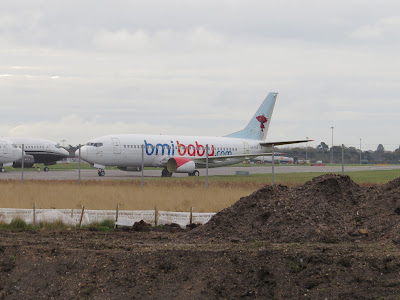 In fact we are told that all their aircraft have been sold to British Airways
which may be the reason for its being here, for a change of livery?
Initially this image was sent to scare the Grandchildren but 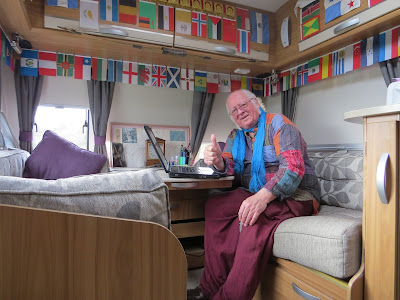 don't see why the Readership should get away with it.
With our
VERY BEST WISHES to ALL of YOU!
from Slight Return II
Posted by Bagsy at 08:16