All Too Much - Ducks Deluxe

Wandering back a few days to when we had the STRANGE ROVER re-badged, the time it took the garage to fix the new lettering, was sufficient for me was spend on what under a different set of circumstances might have been a 'nostalgic' return to Radipole Nature Reserve. What was once considered my Local Patch, no more than a 10 minutes walk from my previous home, Slight Return I, the "gilt was taken off of that particular gingerbread" by the RSPB long ago! In addition there was an extra incentive to visit this site which hold no charm for me these days, the reemergence of one of the finest birds ever to grace the County of Dorset.
Leaving Slight II that morning there was a little avian activity right outside my door as this cock 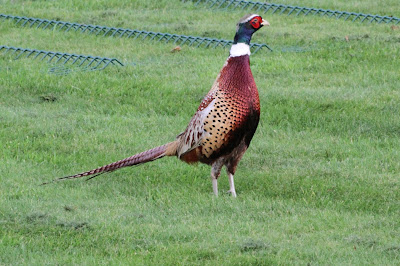 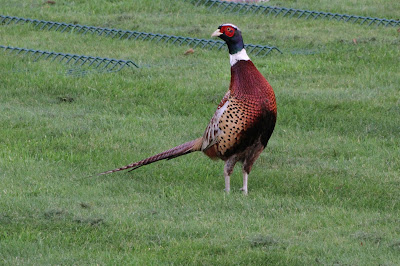 was strutting his stuff among the soon to be erected new dog fence.
I still haven't quite figured out whether this is intended to keep
ME OUT or the DOGS IN??
First on parade were a bunch of 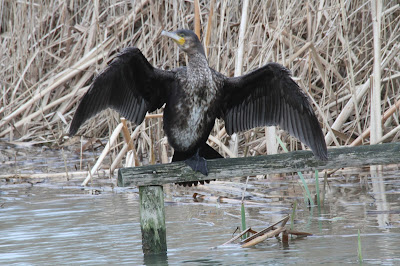 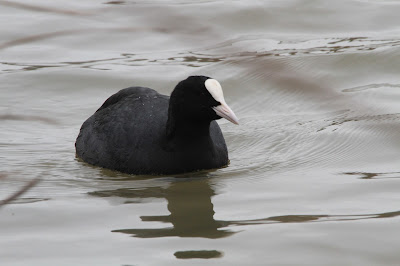 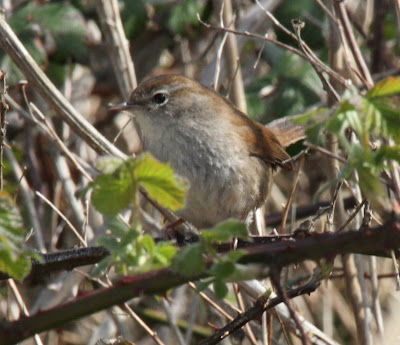 CETTI'S WARBLER
on the reserve was in full song, another product of the mild weather maybe?

The view north from Bowie's Folly, one that has been gazed across
thousands of times.
As expected there were Gulls there doing their usual ablutions with
of note this semi-submersible 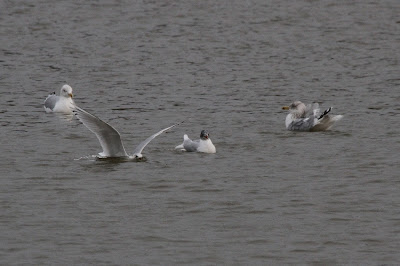 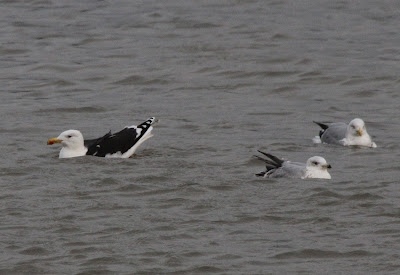 GREAT BLACK-BACKED, COMMON and HERRING GULLs
all hoped to be viewed closer later. 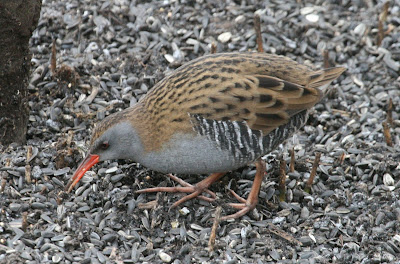 WATER RAIL
were also squealing from every reed-bed, so that was 2 of Radipole's
finest already in the bag, only the third to find now! 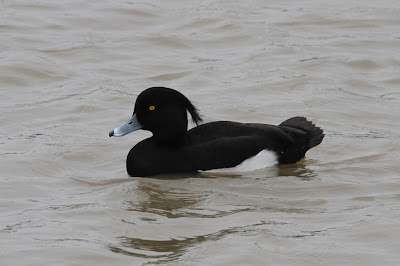 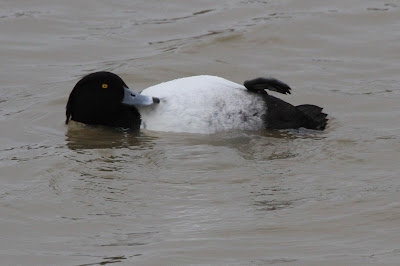 'roll-preening'
and some left over 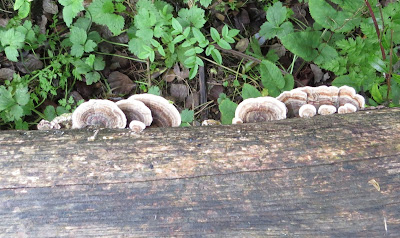 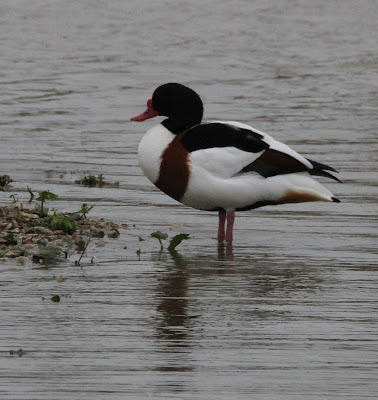 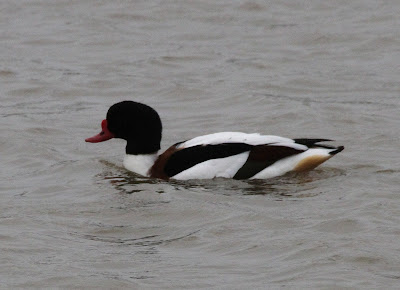 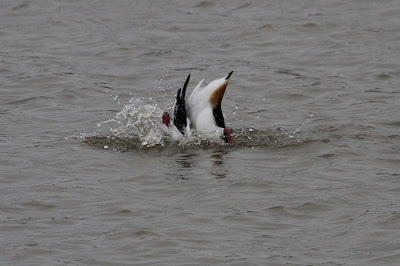 were a welcome sight, but thus far no sign of the
Target Bird
SHELDUCK
No sooner said and there it was steaming towards me that
Dapper Gent from America
HOODED MERGANSER 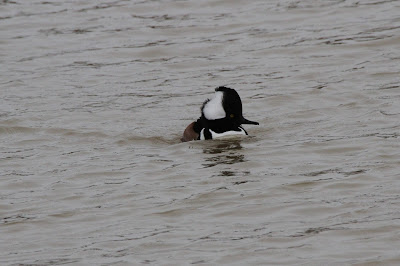 Coast to Coast - Ducks Deluxe
(couldn't find All Too Much)
Now, whatever happened to Pub Rock?
Still alive and in good shape at Finn's Weymouth so they tell me.
In this clip Brinsley Schwartz looks about 13 despite the beard! 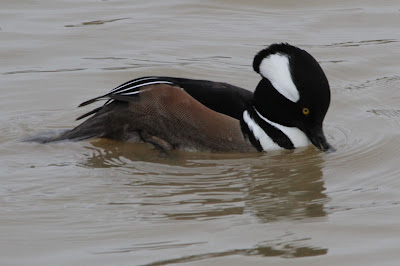 We can just hear the cynics now
"just stick to your own convictions girls and boys".
A Deluxe Duck and we were on the Coast. 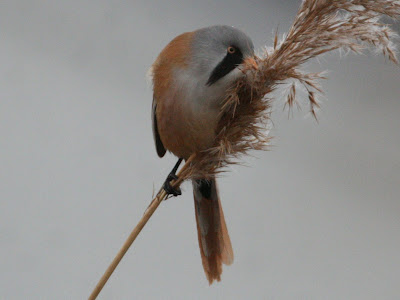 Then as if to order the third of Radipole's specialities 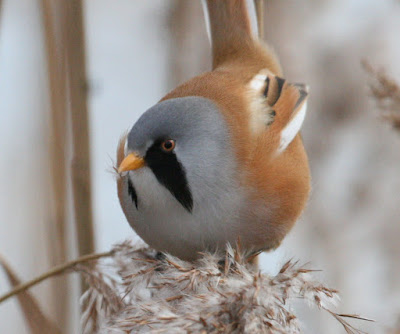 clamouring away among the reeds 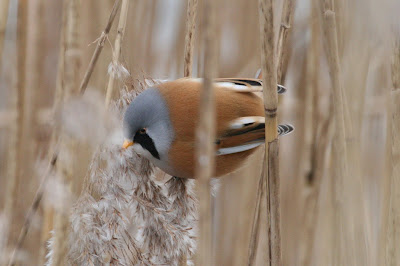 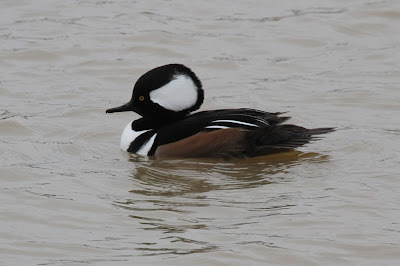 and a last look at the 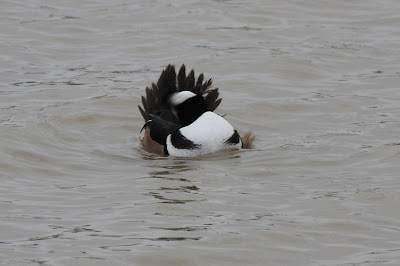 before a search through a decent size flock of Gulls on the car park. 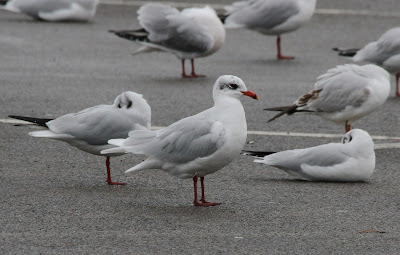 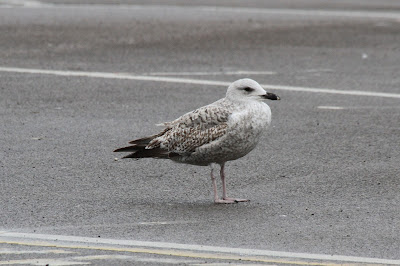 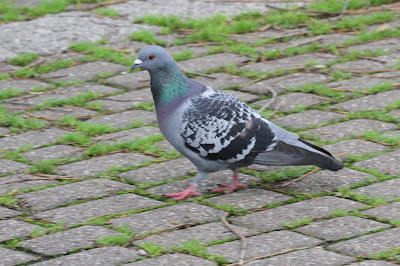 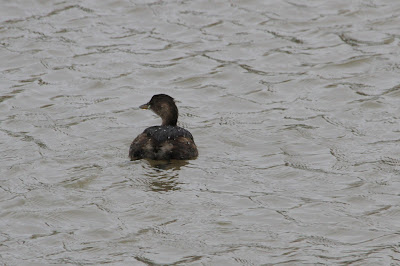 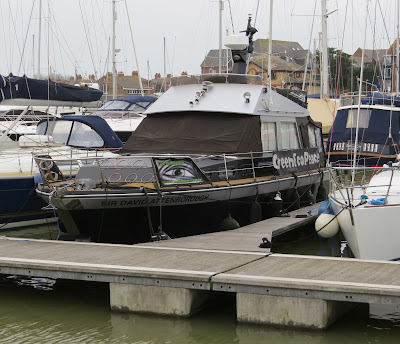 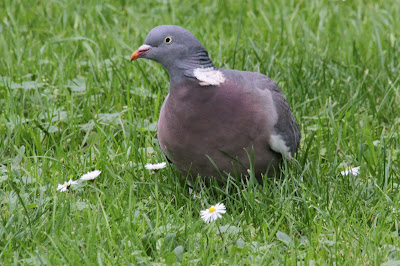 and a final
WOOD PIGEON
in the park. 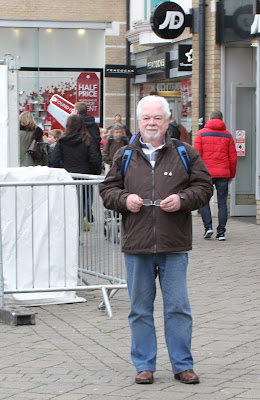 Best part of the days was seeing my old school friend
and former Royal Navy Chief Petty Officer
TERRY WHY
Best Wishes to you and Isabel Shipmate!
The day was completed  as I paid a brief visit to see Dave Foot, collect the Strange Rover then set off for lunch with John and Maggie Gifford in our favoured Royal Oak in Bere Regis.
Posted by Bagsy at 07:43