A notice to our Valued Readers
and all of those you are going to pass our Link on to!
The Bagsy Memoir was never intended for public scrutiny, only as an insight for those of my Grandchildren who are interested, to an extremely ‘full life’, something my own Father did in part but not so (mores’ the pity) my Grandfather. However, having reached 300,000 edited words, among much reflected joy and only a microscopic smidgen of remorse; it was thought a good idea to share just a snippet of this with our Loyal Readership. The passage involved refers to one of the most fantastic days of my life, which neither money nor station could afford you and one that highlights that in life
YOU MAKE or CHASE YOUR OWN ‘GOOD LUCK’!
The intent is to publish this on Christmas Day so you have something to do while the
Figgy Duff and Turkey settle.
Still mild, still windy and still rainy but we're picking our moments and still getting out to see one or two things. Maybe we should have got out a little earlier yesterday as Hugh arrived back telling of an Otter busying itself on Parley Pond, now we wouldn't have minded that in the view finder. Not wanting to be kept out of the picture, Janet then arrived home with a report of 'BIG' Ducks in the grass field opposite 18-Acre. No time for delay when Janet report something, so straight into the St-Range Rove to fine these 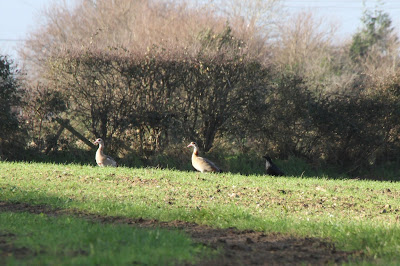 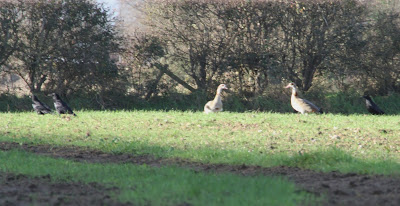 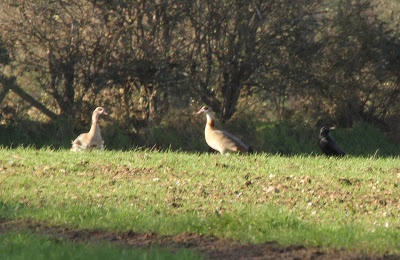 in exactly the spot reported.
They were a long way off and despite the Boardwalk
the Solar Panel Contractors have stationed around the
perimeter of the field, we could get no closer.

The zoom on the video did get them to a decent range.
Also down that neck of the woods plenty of
BLACK-HEADED GULLs
along with a few Starlings and Pied Wagtail, but that was about all.
Up North it was definitely a case of the
Same Old Story
Taste (Rory Gallagher)
as the LITTLE GREBE
continued to play "now you see me, 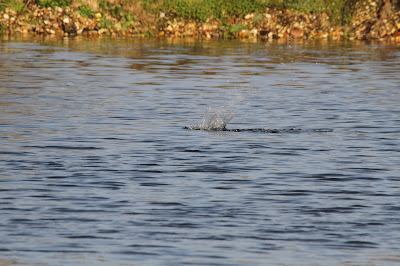 With a ROE DEER in among the solar panels and 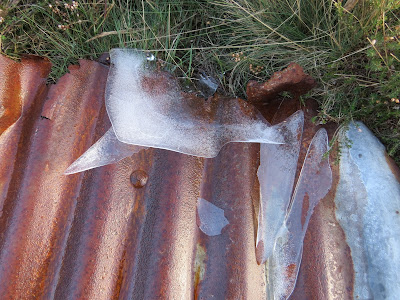 ICE yes ICE
on one of the sheets of corrugated metal, but then it was back to
SPRING as this 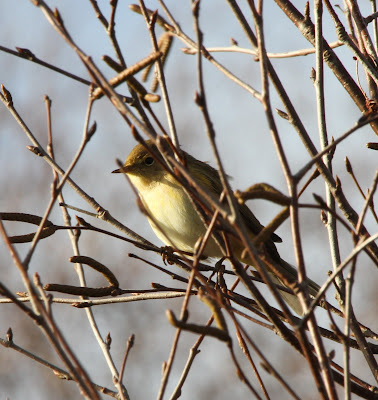 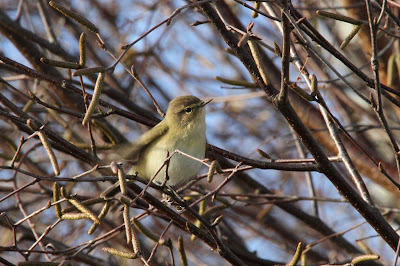 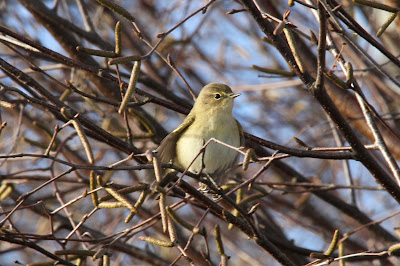 was not only 'singing' but also 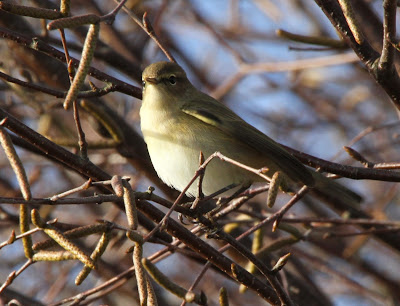 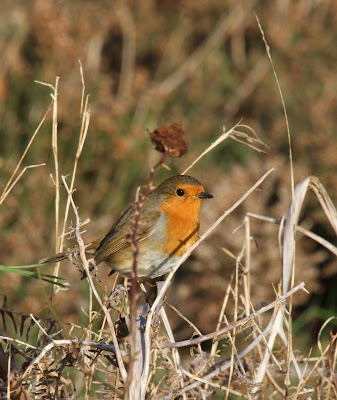 ROBIN
along with another 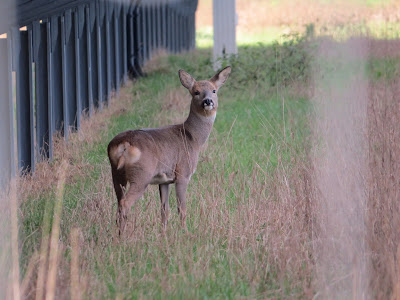 ROE DEER
followed by a familiar face but not seen for over a year. 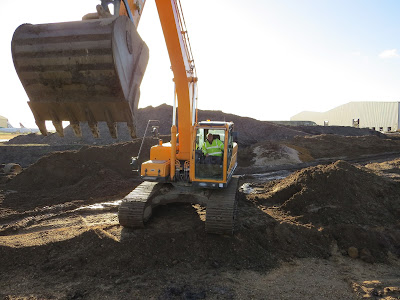 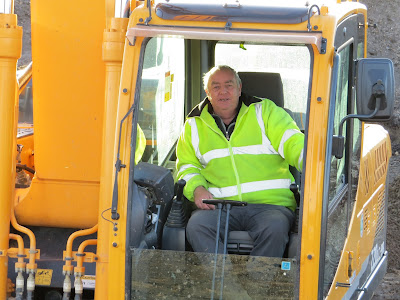 just before spring 2014, when that phase of the solar panels were completed.
THANKS AGAIN BILL.
When asked what it felt like to be the Greatest Guitarist that ever lived,
Hendrix turned to the interviewer and said "Best Go Ask Rory Gallagher"!
The Tussle at the Top continues as Germany takes over
Get Up There!