A very busy weekend in the field with the expected start of the influx of
Firsts of the Year.
We didn't have to wander far to find the first of these,
in fact no further than the 3rd of the 5 Moth Traps where this 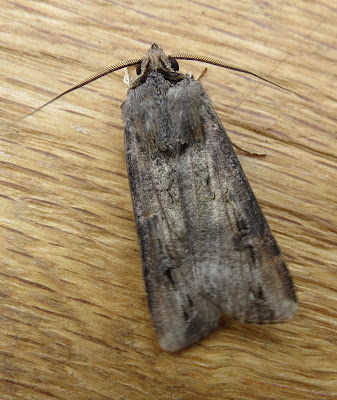 DARK SWORD-GRASS
was found. Being an ardent watcher of various web-sites there have
been few, if any, 'migrant' Moths visiting the County in recent weeks.
Next, and of great interest to me, was a variation of 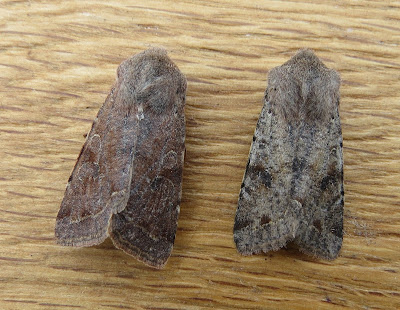 CLOUDED DRAB
which my associates tell me the 'greyish' specimen on the right is not at all common.
You could place a large bet on the fact that once the Moth Traps are activated
the PREDATORS will soon follow such as this 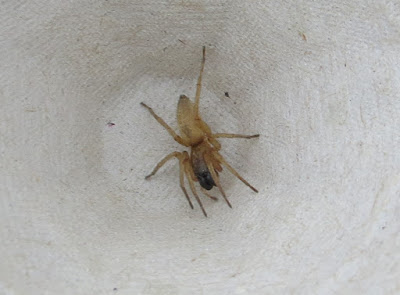 CLUBIONA TERRESTRIS
(a species of Sac Spider)
within the traps and 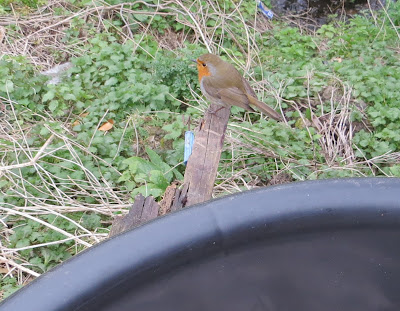 these cheeky and bold little fellas without 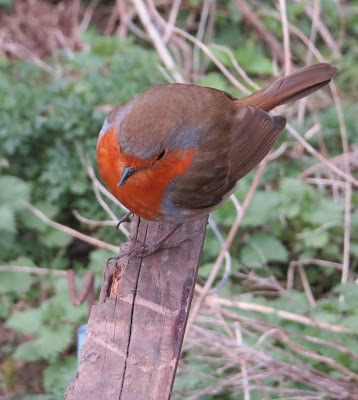 With Kestrel and Little Egret overflying Parley Pond first thing and the c4 now established Coot and a pair of Little Grebes on the water the next stop was the Irrigation Pond, which like all others in the area is approached with more than a little stealth. Not unusually a 'Duck' was seen on the surface and through the tree considered to be either a Mallard or Gadwall, which are most likely, but did seem to be a little more bulky. 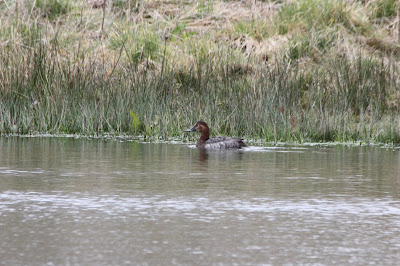 Closer inspection would have been preferred, but under attack from 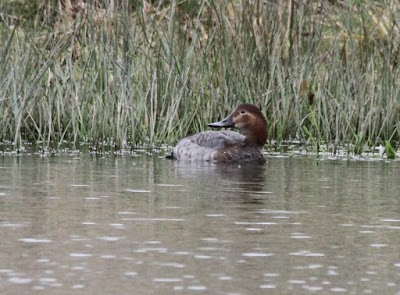 one of the local Black-headed Gulls and a Coot, it was put to flight.
It was doubly unfortunate as this could now be seen as the first 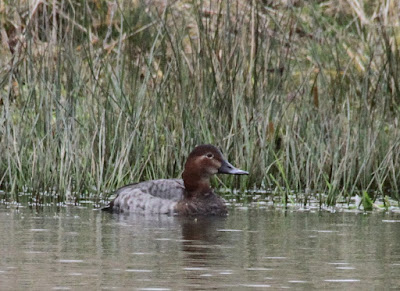 It looked to be heading for the Gravel Pit but a visit drew a blank
with instinct suggesting a return to the original site.
Yes, there it was but again not for long so taking up an
advantageous station we were prepared to wait it out.
Within 5 minutes it was once again circling the pond and soon put down
and decided to stay, allowing for the stills and videos above to be taken.
COOT
are now starting to get frisky there as well.
On the way to the Large Solar Panel Compound in the hope of
Little Ringed Plover it was decided that 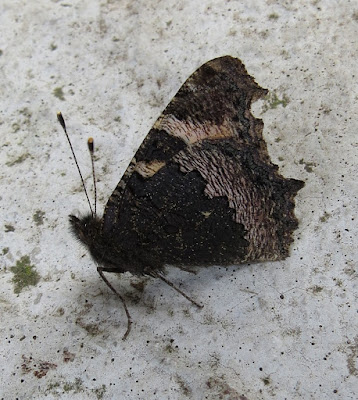 all that FLITTERS is not GOLD
but this was 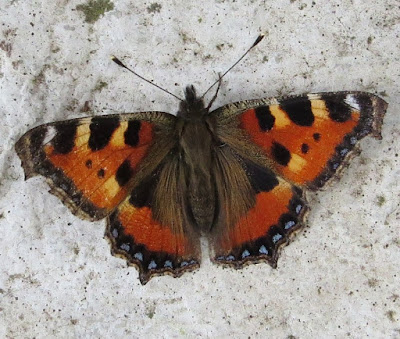 the 'first'
SMALL TORTOISESHELL
of the year followed by an overflying 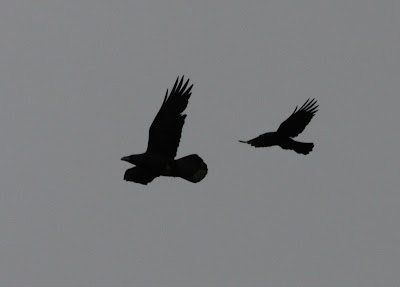 RAVEN
There was certainly a good deal of bird activity in the compound,
and almost 'first up' was this fine male 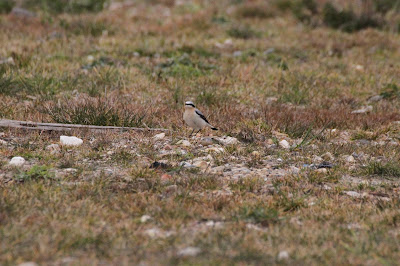 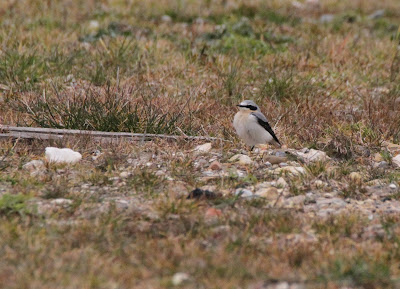 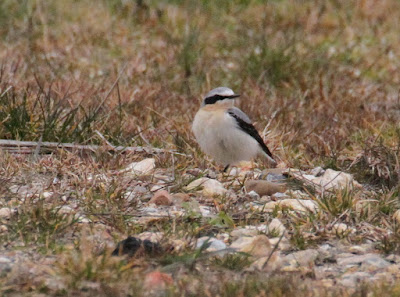 which makes for the first 'true' migrant of the year 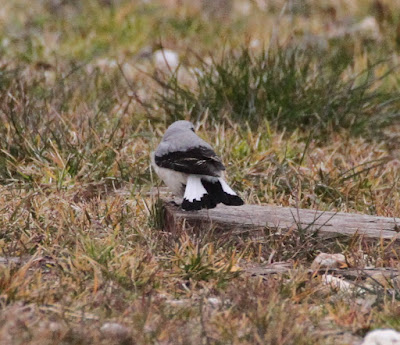 and the first we have heard of from an inland site thus far.
Listen for the passing Green Sandpiper.
WHEATEAR 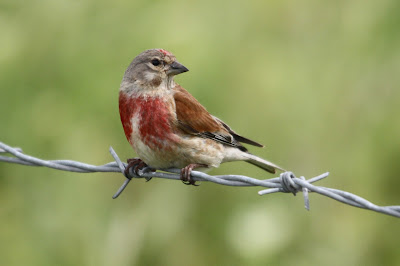 Also in the compound 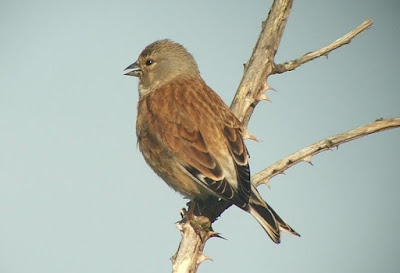 were 50+
LINNET
before heading off to Eco in pursuit of Sand Martin.
Unfortunately, still none have arrived but the surprise was c9 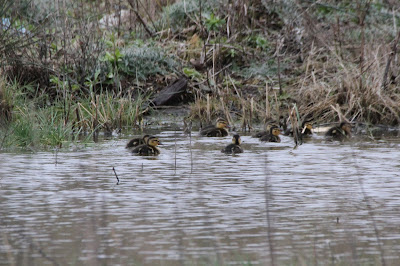 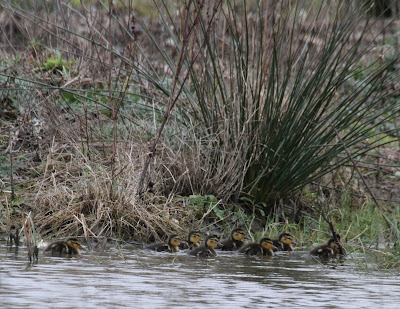 on one of the many flooded areas
and feeding on
Insects on the Surface.
Up at the area between the Sewerage Works and the Phase III Solar Panels
now known as the
Puddle of Mud
one of probably 3 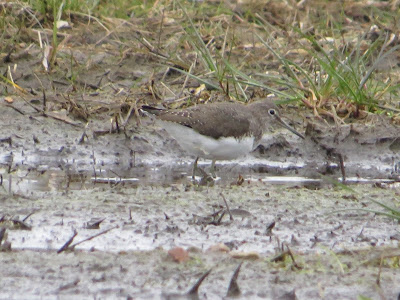 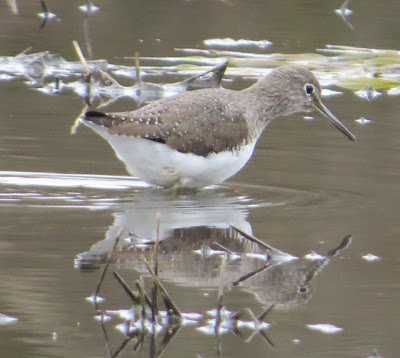 was, probably predictably feeding in the newly made pool. 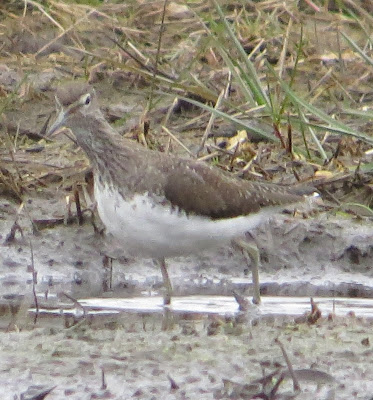 All across the winter period this, and maybe others have been good value here
and seem little concerned with vehicular activity

driven slowly
Also there were c3 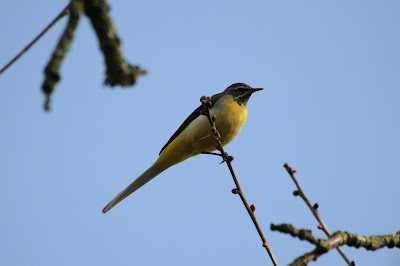 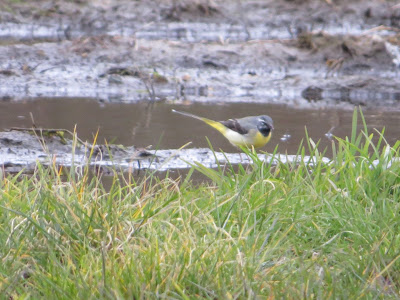 which were seeming less content with the approach of the 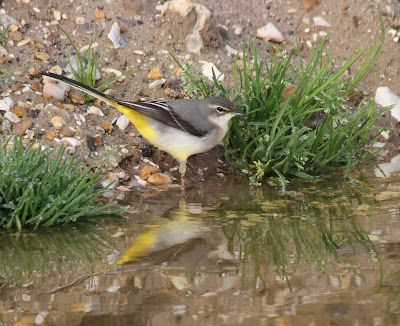 Strange Rover
but nevertheless
allowed a few shots.
Other than c2 pairs of Teal on the new Balancing Pond, the boundary between
Merritown Heath and Bournemouth International Airport
which were never going to be committed to the cameras, this

PHEASANT
was all that was found.
On the strength of that we returned to the Solar Panel Compound for a
Trail Camera Update.
In the hope of viewing Wildlife from a different angle. one of the cameras
has been placed at low lever at the side of one of the pools we dug last
year and then baited with corn.
The most frequent visitors were
CARRION CROW
which were seen to feed not only throughout daylight hours
but also at both
DAWN
and
DUSK
as well as in the dead of 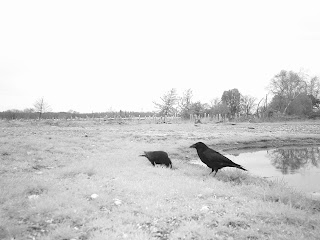 NIGHT
They didn't seem to mind sharing with
LINNETs
and
PIED WAGTAIL
and other Finches, while also on the scene was a lone 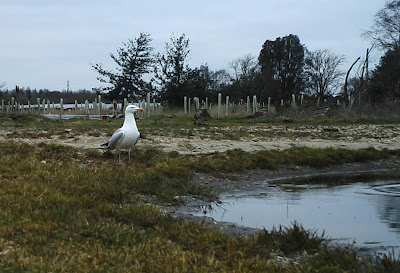 HERRING GULL
Finally, we seem to have been doing particularly well with our
Valued Readers in the Far East and not so distant East.
PLEASE ASK YOUR FRIENDS TO JOIN THE READERSHIP!
Posted by Bagsy at 05:57